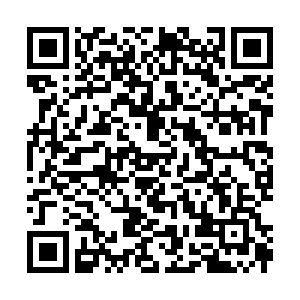 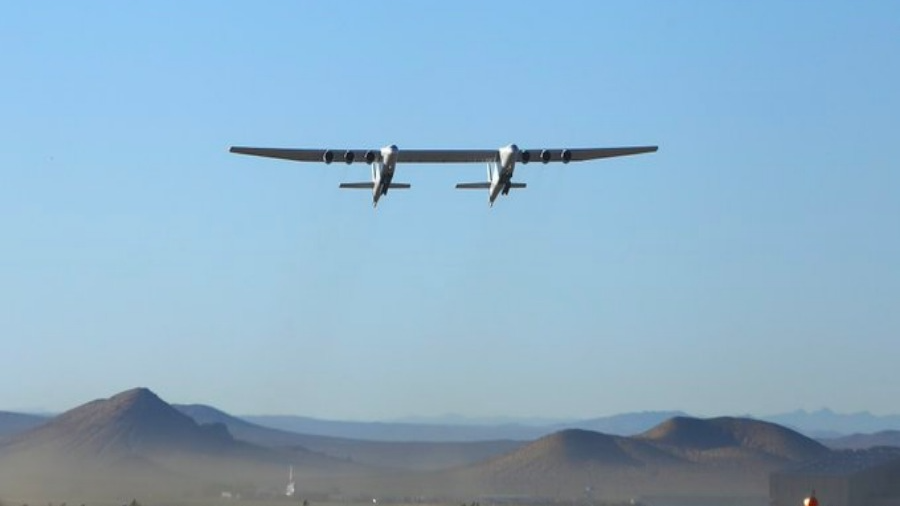 Stratolaunch, the world's largest airplane, took to the skies in a second successful test flight that awed onlookers marveling at its wingspan of 117.3 meters and six Boeing engines that roared in synchronicity.

In 1941, the U.S. government hired billionaire entrepreneur Howard Hughes to build a massive airplane to take some 700 American soldiers into combat. Hughes' legendary "Spruce Goose" had a wingspan of 97.5 meters.

Last Thursday, an even bigger aircraft, the "Stratolaunch," took to the skies over southern California's Mojave Desert. The second successful test flight lasted 2.5 hours, and the vehicle reached an altitude of 4267.2 meters.

This massive aircraft, resembling two giant Boeing jets flying side-by-side, will not be transporting troops. It will be used to launch rockets and space vehicles from high atmospheric locations into the stars.

"Stratolaunch is advancing our nation's ability to be a worldwide leader in the hypersonic market," Stratolaunch Systems Chief Technology Officer Daniel R. Millman said in a statement last Friday. "Our flight today gets us another step closer to our promise of delivering the world's premier hypersonic flight test service."

On Saturday, "the biggest airplane ever built now has two flights under its belt," a leading science news website in the United States LiveScience said.

While the Hughes Aircraft H-4 Hercules, nicknamed the Spruce Goose, remains "the largest flying boat ever built," according to Flightglobal, it only achieved one successful test flight in 1947, and today sits inside a huge hangar for public viewing in McMinnville, Oregon.

Built of wood with eight massive propeller engines, the Goose pales in power and performance to the six Boeing 747-400 engines that propel the "all-composite" materials used in Stratolaunch, industry experts noted. 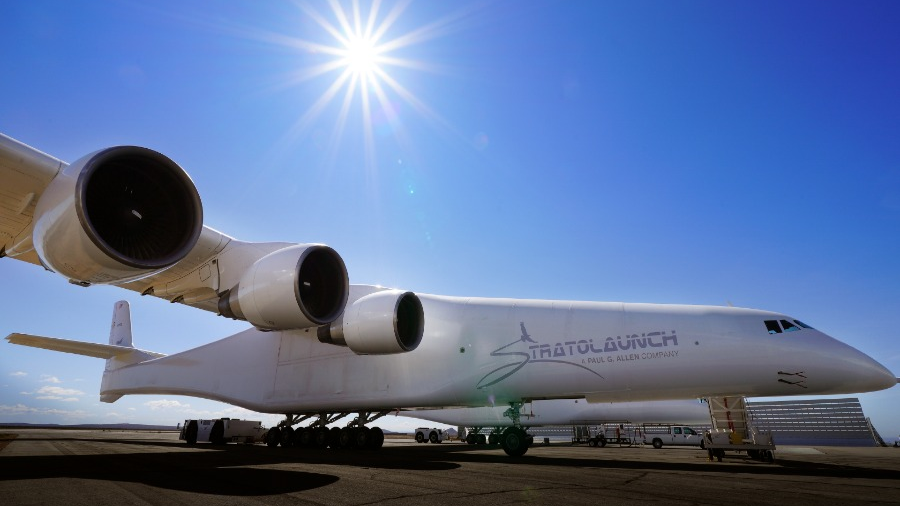 The company described the plane as "the world's largest all-composite aircraft," saying it has a super-strong structure capable of carrying other vehicles into thinner atmospheres for launching into space. And while Hughes' Spruce Goose was close to the length of an American football field, the Stratolaunch even exceeds those dimensions.

"If you were to set Stratolaunch on an American football field, its wings would reach across each end zone," an U.S. sci-tech website cnet.com said last week.

Stratolaunch, the company, was founded in 2011 by another successful entrepreneur, Microsoft co-founder Paul Allen, with a mission to create a high stratospheric platform to launch satellites into space, according to Digitaltrends.com.

Stratolaunch describes the carrier aircraft as "a revolutionary launchpad for hypersonic and aerospace vehicles," designed to carry launch vehicles that can travel at hypersonic speeds reaching Mach 6, with a reusable Talon-A vehicle.