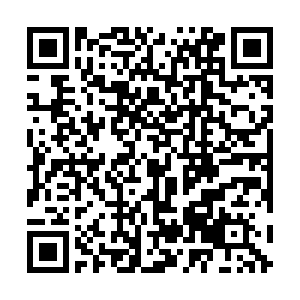 China said on Thursday that it has decided to indefinitely suspend all activities under the framework of the China-Australia Strategic Economic Dialogue jointly held by the Chinese National Development and Reform Commission (NDRC) and relevant Australian ministries.

"Recently, some Australian Commonwealth Government officials launched a series of measures to disrupt the normal exchanges and cooperation between China and Australia out of Cold War mindset and ideological discrimination," said the statement published on the NDRC website.

"Based on the current attitude of the Australian Commonwealth Government toward China-Australia cooperation, the NDRC of the People's Republic of China decides to indefinitely suspend all activities under the framework of the China-Australia Strategic Economic Dialogue," it said.

Bilateral relations between the two countries have soured since last year when Australia imposed anti-dumping duties on some Chinese products and multiple incidents of discrimination against Chinese students were reported in Australia.

The decision was made following Australia's canceling of two cooperation deals between its state of Victoria and China under the Belt and Road Initiative last month.

Over a period of time, the Australian side has disregarded China's solemn position and repeated representations. It restricts and suppresses China-Australia cooperation projects in economic, trade, humanities and other fields on the so-called national security grounds, Chinese Foreign Ministry spokesperson Wang Wenbin told a press conference Thursday.

These moves seriously damage the mutual trust between China and Australia and undermine the basis for two-way exchanges and cooperation. China has to make legitimate and necessary responses and Australia must bear all responsibilities for this, Wang said.

"We urge the Australian side to abandon its Cold War mentality and ideological prejudice, view China's development and China-Australia cooperation in an objective way, return to rationality and correct mistakes at once by stopping its insane suppression of bilateral cooperation," said the spokesperson.

"We urge the Australian side to stop politicizing and stigmatizing normal exchanges between countries and don't go further down the wrong path," he added.

Launched in 2014, the China-Australia Strategic Economic Dialogue, an important mechanism under China-Australia Annual Prime Ministerial Meeting, serves as a crucial part to consolidate bilateral relations. The two sides had been using the dialogue to strengthen economic ties by conducting strategic dialogues on the key areas of the economy and investment.