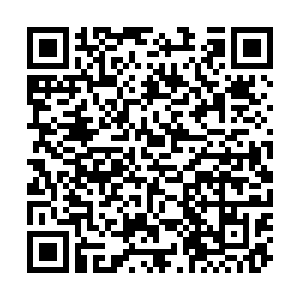 While southwest China's Guizhou Province houses the largest area of karst landforms with exposed rocks in the country, accounting for 61.92 percent of the province's total area, it is also the one worst hit by rocky desertification.

There is a group of villagers dedicated to fighting against rocky desertification in the Maolan National Nature Reserve in Libo County in the province. 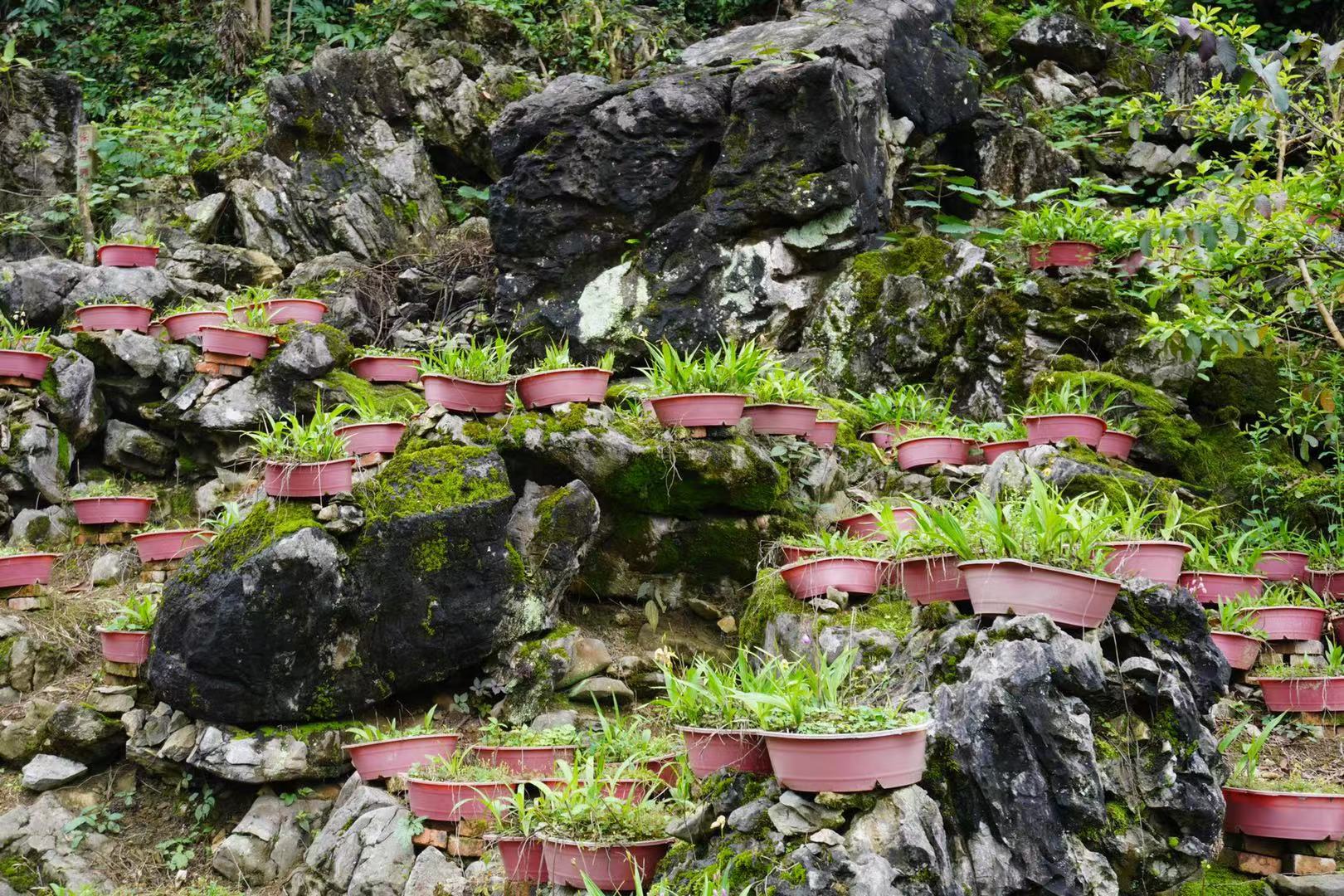 Rocky desertification refers to the phenomenon of surface soil loss, exposed bed rock, loss of agricultural value of land and degradation of ecological environment caused by soil and water loss.

Restoring soil and vegetation is an effective way to control rocky desertification.

The villagers cultivate potted Chinese ground orchids on rocks and roofs to increase the coverage of vegetation on the exposed rock, which in turn slows down erosion by rainwater and prevents water and soil loss.

Chinese ground orchid (Bletilla striata) is a species of flowering plant in the orchid family Orchidaceae. It likes a cool and moist climate and prefers places with an average annual temperature of 18 degrees Celsius, annual precipitation of 1,300-1,800 millimeters, and soil moisture of 30 to 35 percent. Guizhou is a good place for it to thrive.

Its tuber has disinfection, hemostasis, prevention of wound infection, sterilization, anti-cancer properties and other functions. The tuber can also be used to make paste and in wine production. 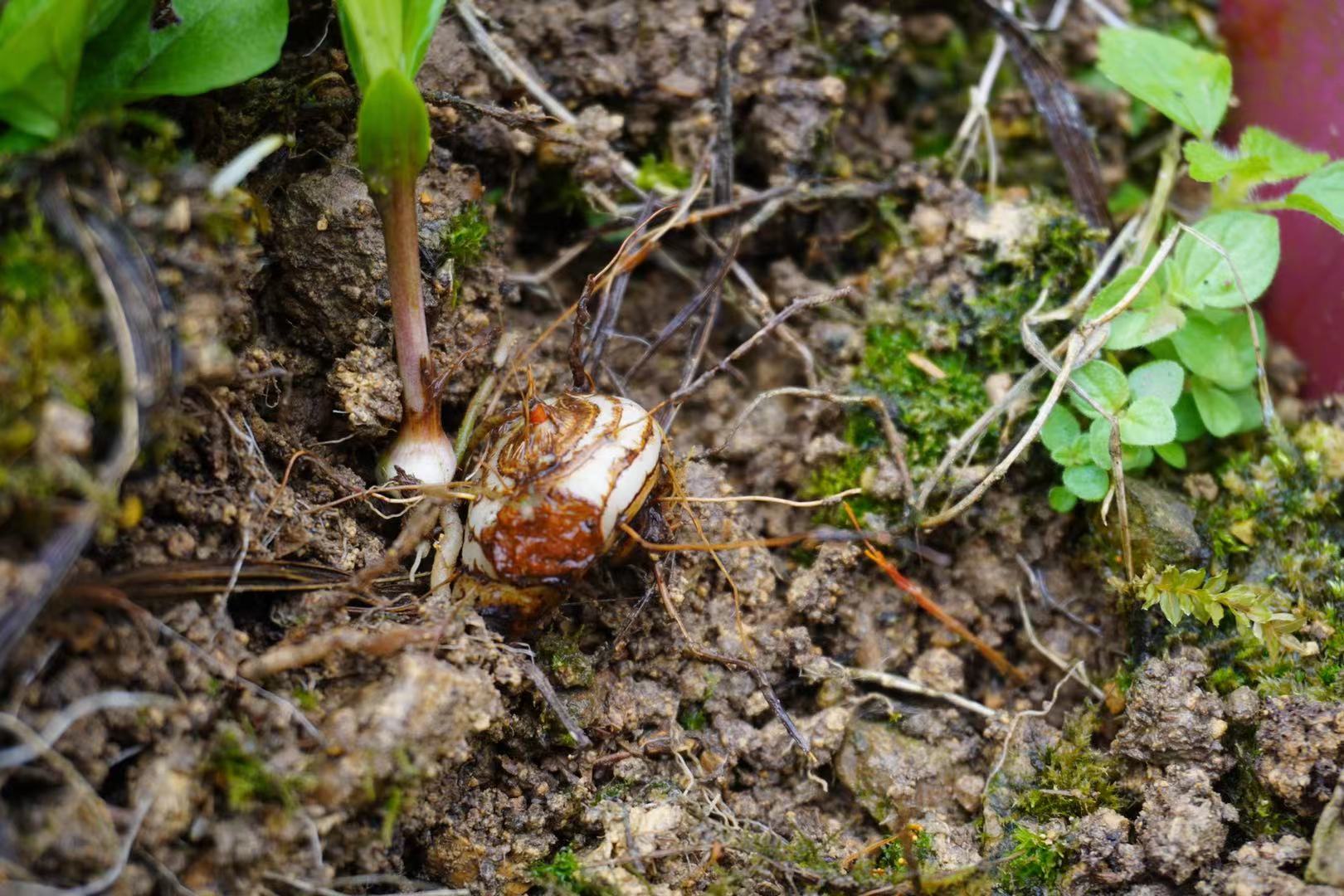 "Cultivating Chinese ground orchids can not only be effective in controlling rocky desertification, but also help increase the income of villagers since their tubers, which can be harvested in two to three years, have medicinal value like making facial masks and treating consumption," said Zhang Yanquan, a senior forestry engineer at the reserve. 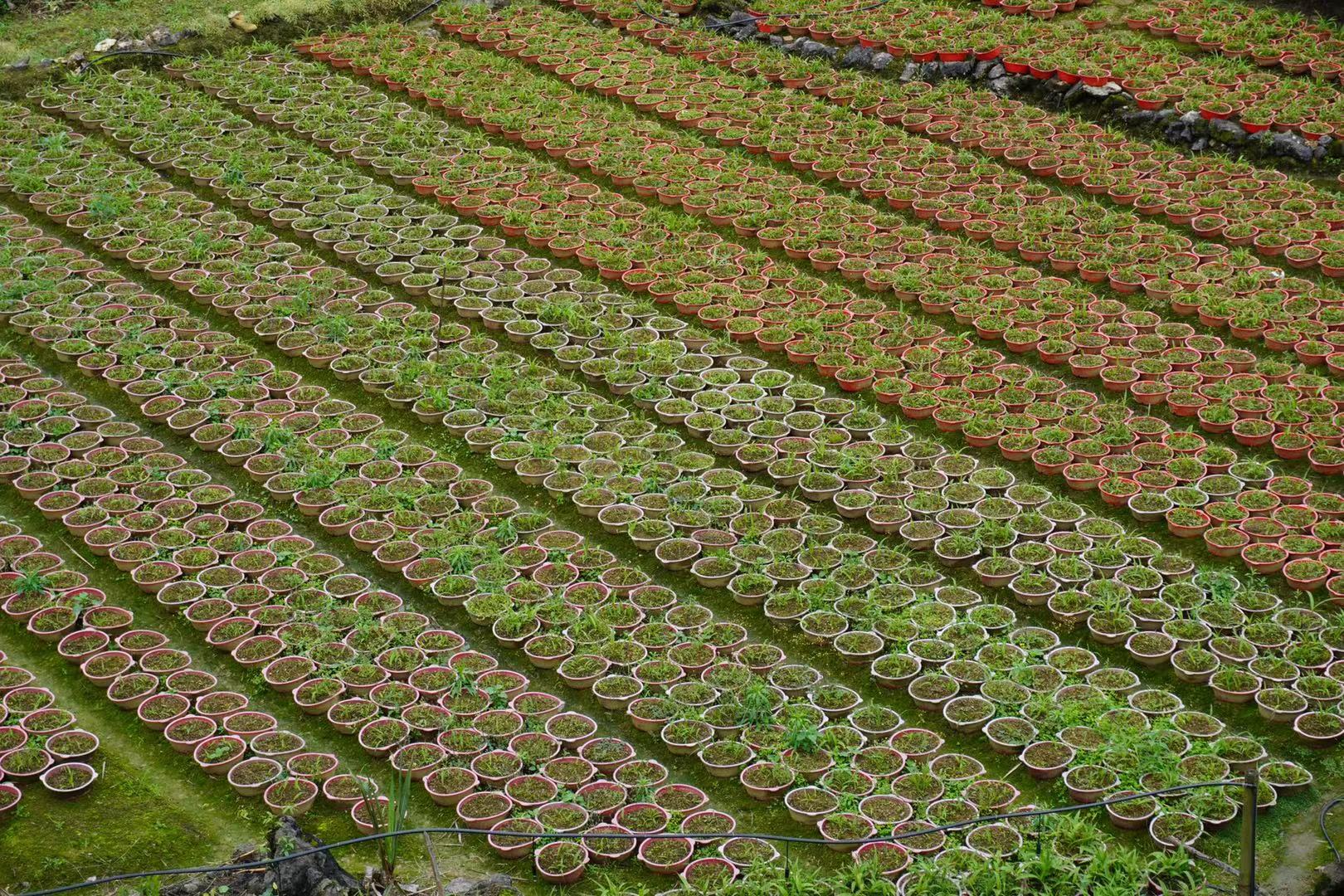