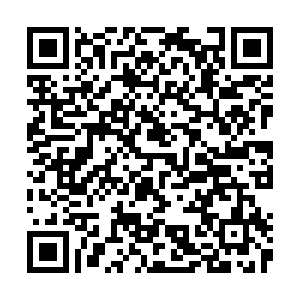 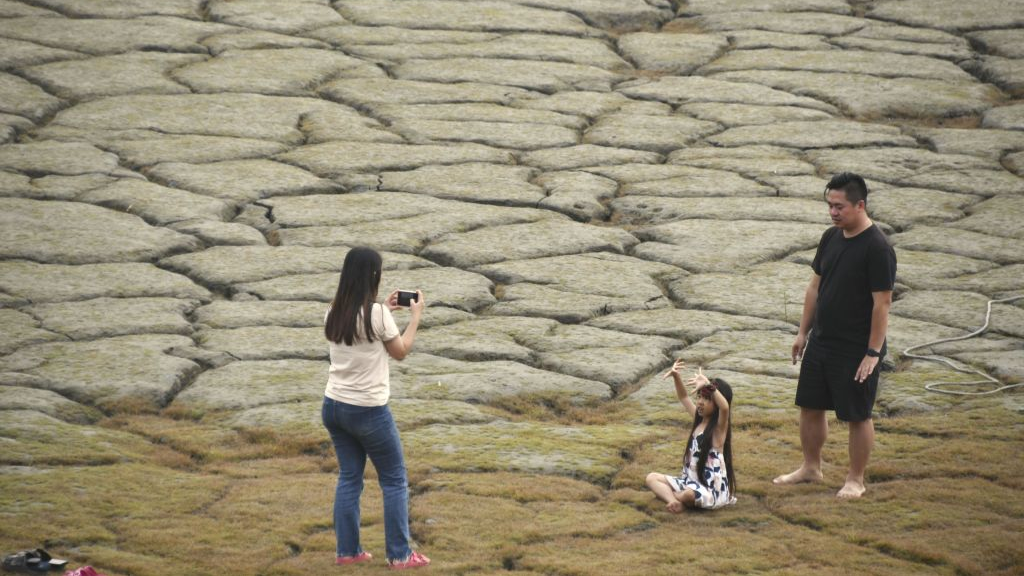 People visit dried up Sun Moon Lake as the Taiwan region experiences its worst drought in half a century, in Nantou County, Taiwan region, southeast China, May 2, 2021. /Getty

People visit dried up Sun Moon Lake as the Taiwan region experiences its worst drought in half a century, in Nantou County, Taiwan region, southeast China, May 2, 2021. /Getty

Editor's note: Zhou Wenxing is a research fellow at Huazhi Institute for Global Governance at Nanjing University and a former Asia fellow at Harvard University's John F. Kennedy School of Government. The article reflects the author's opinions, and not necessarily the views of CGTN.

The ruling Democratic Progressive Party (DPP) authorities in the Taiwan region have come under attack due to their mishandling of a power shortage crisis and the worst water shortage the island has faced in half a century.

In fact, the Taiwan region has long been plagued by shortages of water, power, land and labor force, among others. The DPP authorities can solve these social problems but instead, they have been intensifying social tensions by politicizing issues.

Having failed to seek solutions for the growing severe shortages of talent and labor, for example, the authorities retorted to increased antagonism toward the Chinese mainland and poisoning cross-strait relations by prohibiting Chinese mainland companies from recruiting local talent, claiming that working on the Chinese mainland would pose a "security threat" to the island.

Both the drought and power shortages stem from natural phenomena such as climate change or typhoons. But the DPP authorities' mishandling merely further rendered these disasters as man-made calamities, complicating the problems further. The authorities have invested 250 billion new Taiwan dollars (or about $8.9 billion), as part of the alleged "Forward-looking Infrastructure Development Program" initiated in 2017 to relieve water shortages. But this huge amount of money has bought no benefits. Water shortages continue.

Growing numbers of Taiwan people and enterprises are being confronted by worry over water and power shortages. Some large companies, including Taiwan Semiconductor Manufacturing Company, the world's first and also most advanced dedicated semiconductor foundry, have to relocate outside of the island to survive. More negative effects loom large, yet the DPP authorities refuse to rethink the rationality and feasibility of their policies, let alone adjust them. To some extent, the current power shortage crisis is a result of the Tsai Ing-wen authorities' so-called "nuclear-free homeland," a policy Tsai pledged during the 2016 regional leader's election. It aims to phase out all the existing nuclear power plants in Taiwan by 2025 and adjust the use of power generated by renewable energy, coal and natural gas, eventually fulfilling the so-called energy transformation.

The DPP authorities' visions are attractive. They remain slogans, nevertheless. There are only four years left for the DPP authorities to meet their expectations of energy transformation in 2025. But there is still quite a long way to go.

The authorities have also set up a liquefied natural gas (LNG) reception facility for unloading cargo from LNG tanker ships off the coast of Datan Borough in Taoyuan's Guanyin District, regardless of opposition from environmental activists.

It is safe to conclude by analyzing the current water and power shortage crises in the Taiwan region that the DPP authorities would change their policies and abandon commitments wherever they find it necessary.

They did not and are highly unlikely to take into account the deep concerns of the people and social organizations in Taiwan before introducing public policies. On the other hand, they are addicted to increasing social tensions on the island and sending hostile sentiments across the Taiwan Strait.

The Taiwan region will be trapped in bigger man-made crises should the DPP authorities overindulge in political struggle while ignoring the basic demands and well-being of the people. The authorities should know that unless they speed up efforts to adjust ill-considered public policies and enhance their governance capabilities, a transition of power is very likely to happen in three years.