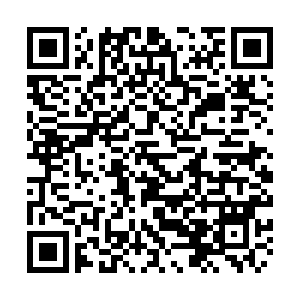 The second leg of the UEFA Champions League semifinal tie that took place last night at Stamford Bridge began with the score 1-1 on aggregate, with Chelsea having a slight advantage due to the away goals rule. For most teams, this position would be untenable as it's an advantage that only spurs on the losing team to try harder while, perhaps, giving the winning side a false sense of security.

That's not the case for Thomas Tuchel. He has turned Chelsea into a team that thrives in the margins and they began comfortably. For the opening 15 minutes, they dominated possession and took their time in looking for a goal.

Part of their ease was assisted by Real Madrid. Manager Zinedine Zidane set up his team in a super wide 3-5-2 which left Tuchel's team acres of space between the lines. Timo Werner's first chance came from a cross supplied by Mason Mount. It was offside, but it was trigger by a run that started way out of the box and seemed to keep going and going and going.

At the other end, Real found themselves smothered and, in the process, exposed. Since he returned from injury, Karim Benzema has been the tip of the spear and showed how dangerous he could be when he scored a worldie in the last game against Chelsea. 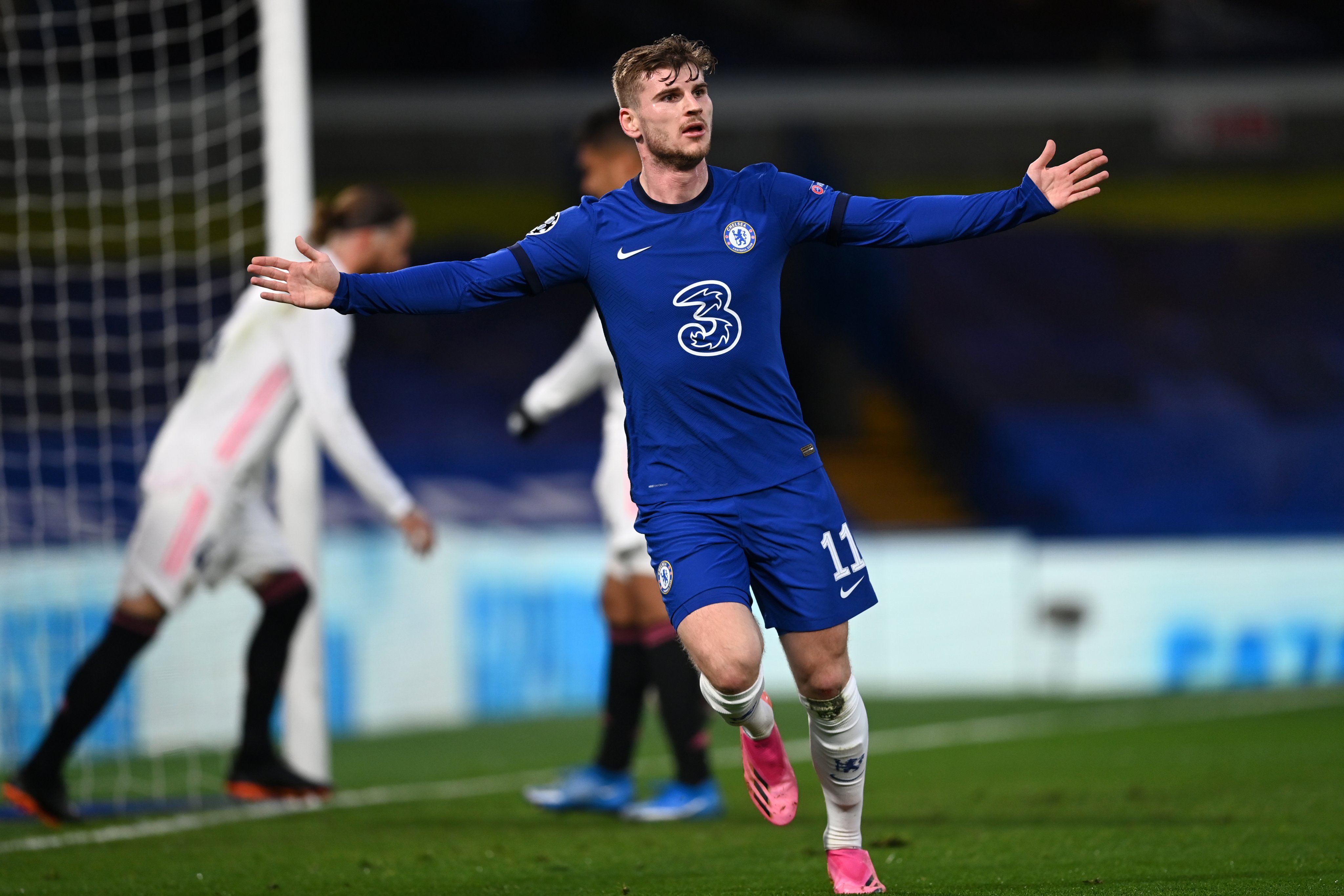 This time the Premier League side knew he can be borderline unplayable and so to beat him he needs to be isolated from his teammates. In this instance, that wasn't too difficult; playing upfront with Benzema was Eden Hazard. Once one of Chelsea's best players, he's aged almost overnight and become slow, clumsy and afraid of injuring himself again.

Even so, in the 25th minute Benzema snatched the ball from Toni Kroos and curled it around Thiago Silva, forcing Edouard Mendy to make a last second save.

In the follow up, Chelsea pushed up the pitch and caught Madrid by surprise. There wasn't much energy in their press, but there was a lot of skill. Antonio Rudiger - playing in a kind of Batman mask due to an injury - played Kai Havertz into space and he chipped Real goalkeeper Thibault Courtois. It bounced off the bar and Madrid seemed to stop playing, giving Werner enough time to get underneath and tap it in off his head.

Werner is in such poor form that he was reluctant to celebrate at first, expecting it to be marked offside. It stood and now Chelsea were winning 2-1 on aggregate. Madrid must have thought that with an hour left on the clock, they had plenty of time. Going a goal down didn’t put a hustle into their play, and that was absolutely fine for Chelsea.

Tuchel's 3-4-2-1 set-up creates a defence that is borderline impenetrable. Only once since he joined the team have Chelsea conceded more than one goal in a game - a fluke 5-2 loss to West Brom - and now Real needed two to win. 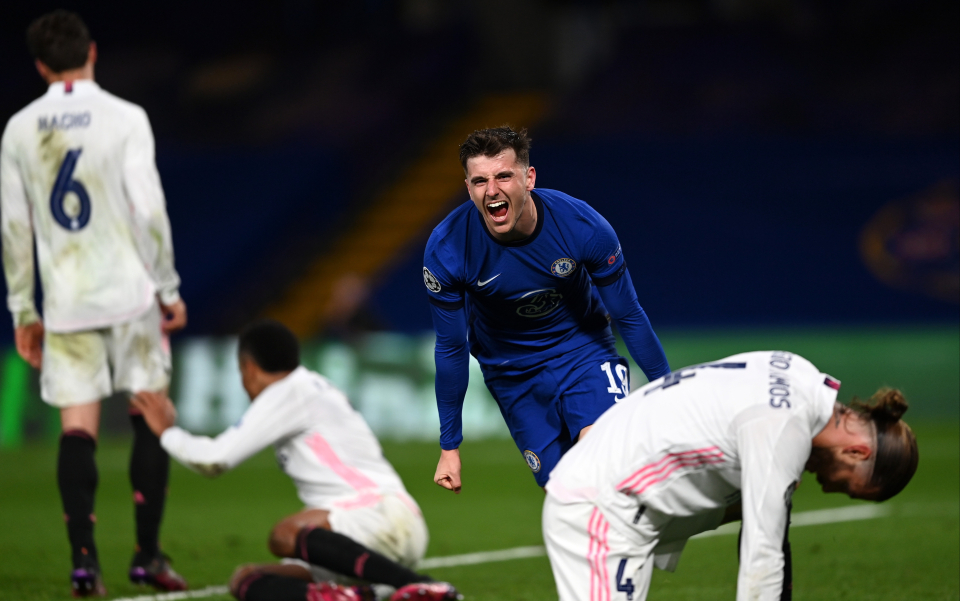 In the second half, the reality of the situation began to dawn on Real Madrid. It also started to look like the Champions League itself was out of their reach too. As with Barcelona being run ragged by the much younger Paris Saint-Germain in the Round of 16, when Real started to go goal hunting, only Ferland Mendy and Vinicius Jr. out on the wings were fast enough to actually make a challenge.

At the other end, 35-year-old Sergio Ramos, always a dirty player, has been reduced to relying on cynical fouls to prevent Mount, Werner and Ben Chilwell from getting beyond him.

Though Chelsea looked to be enjoying themselves while holding on to their lead, they must rue the amount of missed chances they had up front. Overall they had 15 shots, eight on target and the Real defence was so clumsy that a more clinical strike team would have put most of them away.

In the closing minutes, it appeared they would have another blown chance. Pulisic had the ball and, seeing no options, ran to the side of the goal and seemed to contemplate slotting it in the gap between the near post and Courtois. Instead he waited a moment and passed short to Mount; from point blank range, he couldn't miss and doubled Chelsea's score on the night.

The Premier League team progressed, setting up an all-English final and, more importantly, a final where both teams deserve to be there.

[Cover: Chelsea celebrate their victory over Real Madrid in the semifinals of the UEFA Champions League. /Getty]