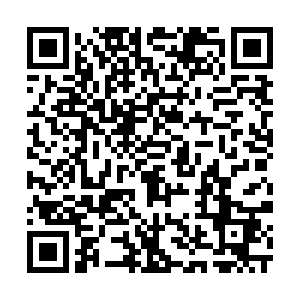 It was barely over two weeks ago when Paris Saint-Germain (PSG) had the opportunity of a lifetime. By openly rejecting the proposals for the European Super League, they momentarily flipped 180 and went from being an icon of corporate football to a team standing up against billionaire greed.

And then in the City of Manchester stadium, they conceded a goal to Manchester City in the 11th minute of the second leg of their UEFA Champions League semifinal, and they ruined it.

The one thing PSG had been known for in the Champions League is bottling it in the later stages. Then last year, when they reached the final against Bayern Munich and, this year, when they beat Barcelona and Bayern Munich in the Round of 16 and quarterfinals, their defining narrative was how PSG had finally matured and become a genuine force in European football.

They started 2-1 down and due to the away goals rule, PSG needed to score two to win. When Riyad Mahrez scored for City, PSG still needed two goals as this time the away goals rule was in their favor. That meant nothing had materially changed, and yet they crumbled immediately. 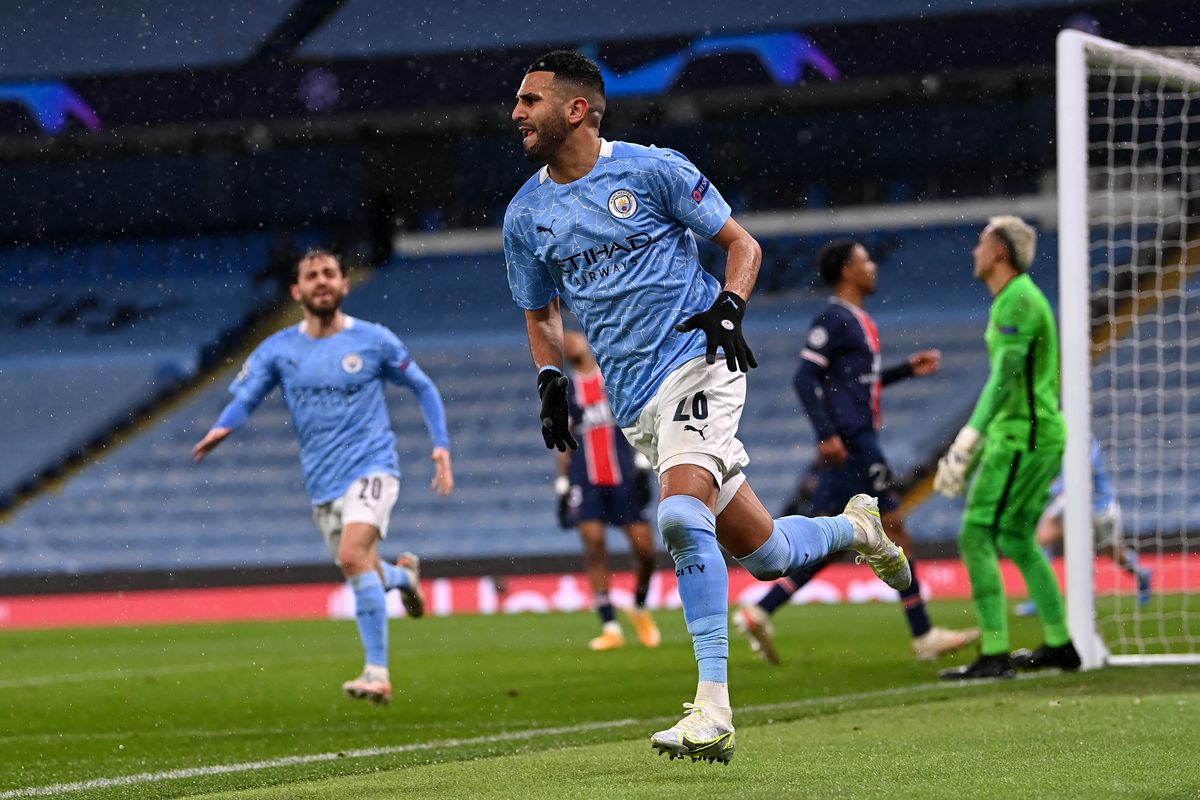 A 10-minute period of PSG trying too hard to get back into it - and coming quite close thanks to a Marquinhos header and a poorly placed ball by City goalkeeper Ederson ending at the feet of Angel di Maria - exploded with a truly insane outburst from Ander Herrera.

He clattered into Bernardo Silva and dropped to the ground when Silva held his ground, clutching his ear. Referee Bjorn Kuipers, who had a crystal clear view, gave a free kick to Silva. Herrera leapt to his feet and became Michael Douglas in Falling Down, impotently challenging everyone on Manchester City to a fight and getting a yellow card for it.

Aware that the game was bubbling over even though there were still 70 minutes remaining, City wisely began dominating possession, never pushing too far forwards or backward. Around the 30 minute mark, they had PSG chasing the ball in circles around their own half. Neymar, absent his usual tag team partner Kylian Mbappe who is nursing an injury, always threatened to break away when he got the ball. Otherwise, PSG could barely get a touch. And when they eventually did, City shut them down with ease.

Just before halftime, Silva nipped at Neymar's ankle as he was running and Neymar's response was to square up to him, shove him and walk away angrily. As childish and catty as he was, this was the most levelheaded PSG would be for the remainder of the game.

PSG began the game trying to force the ball. In the second half, with the clock ticking down, they had nowhere to go, no extra level to grow into and City knew this. Manager Pep Guardiola had obviously told his men that they would win if they kept their heads and controlled the game so for about 20 minutes, the game looked like a hand holding down a coiled spring. 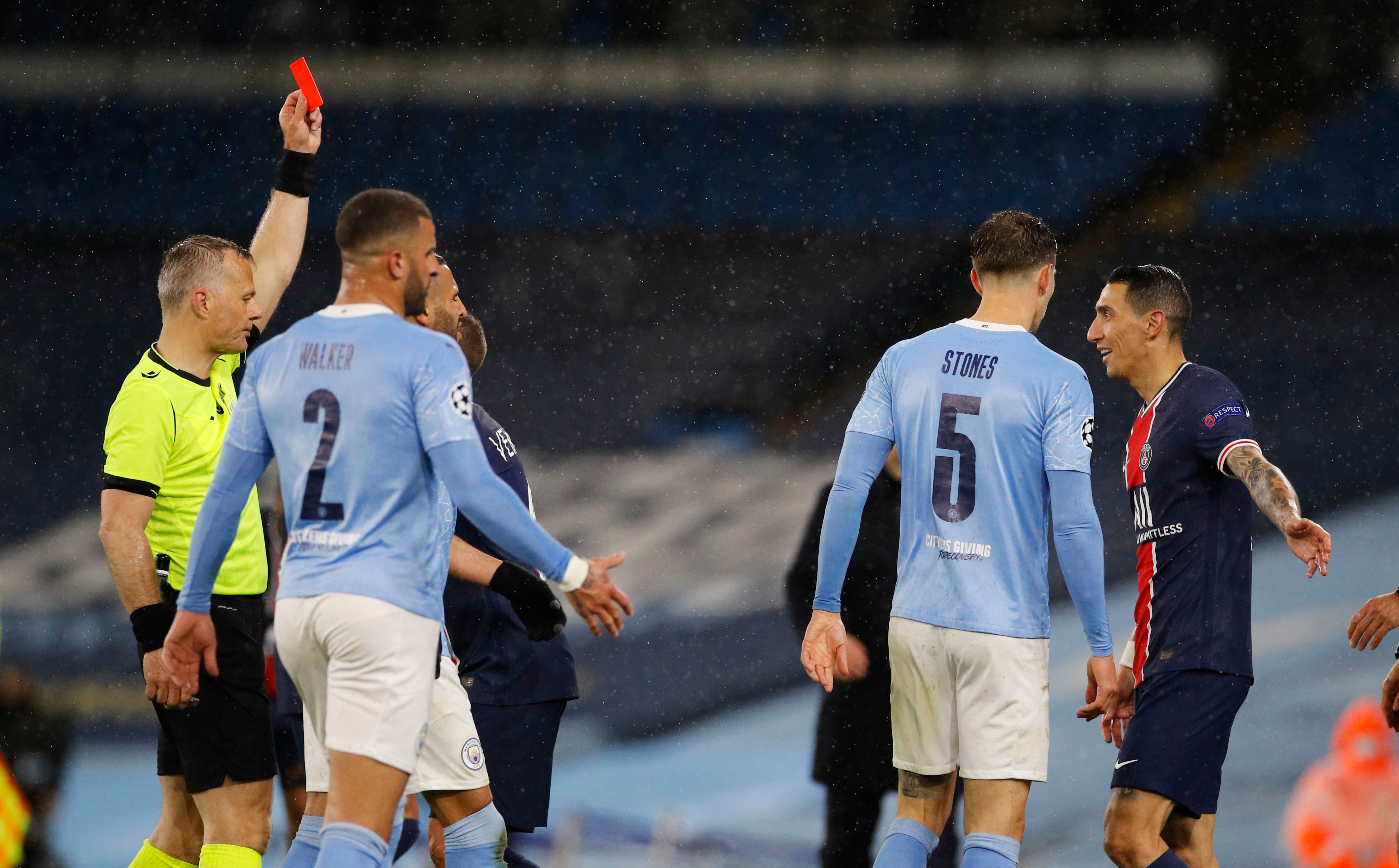 Les Parisiens were so focused on scoring that they left massive gaps in the defense. Wunderkind Phil Foden almost scored and Fernandinho set him up for another good try.

On the 60 minute mark, PSG manager Mauricio Pochettino made a double substitution. Herrera off for Julian Draxler and Mauro Icardi, invisible all game, off for Moise Kean. He wanted more attack - a minute later, he knew he needed more defense.

A Neymar free kick was deflected to Foden who got the ball all the way down the left flank then crossed the ball to an open, waiting Mahrez on the right. He effortlessly knocked it beyond Keylor Navas. On the replay, nobody was close to Mahrez for over two-thirds of the pitch.

City celebrated like they knew it was over. At 2-1 on the night, 4-1 overall it basically was. They knew it and, more importantly, PSG knew it.

Five minutes later, di Maria was sent off with a straight red for stamping on Fernandinho. As soon as play restarted, Marco Veratti got a yellow for barrelling over Foden. While getting booked, Leandro Paredes kicked the ball at Foden's head and City teammate Oleksandr Zinchenko went ballistic and got a yellow of his own.

Kuipers did everything he could to keep the game under control, however with the sheer volume of tackles, dives and general foul play PSG were taking part it, he should have at least given out another red to PSG for Veratti. At some point, maintaining balance benefits the bad guys.

Manchester City won and head to their first UEFA Champions League final, the first European cup final for the team in 51 years. Across two legs they put on a footballing masterclass, but even if they didn't, based on how childish PSG were in this game, they more than deserved to go through.