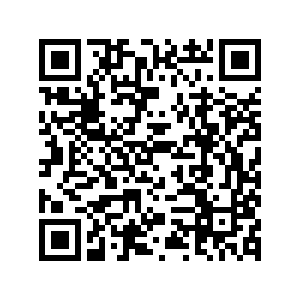 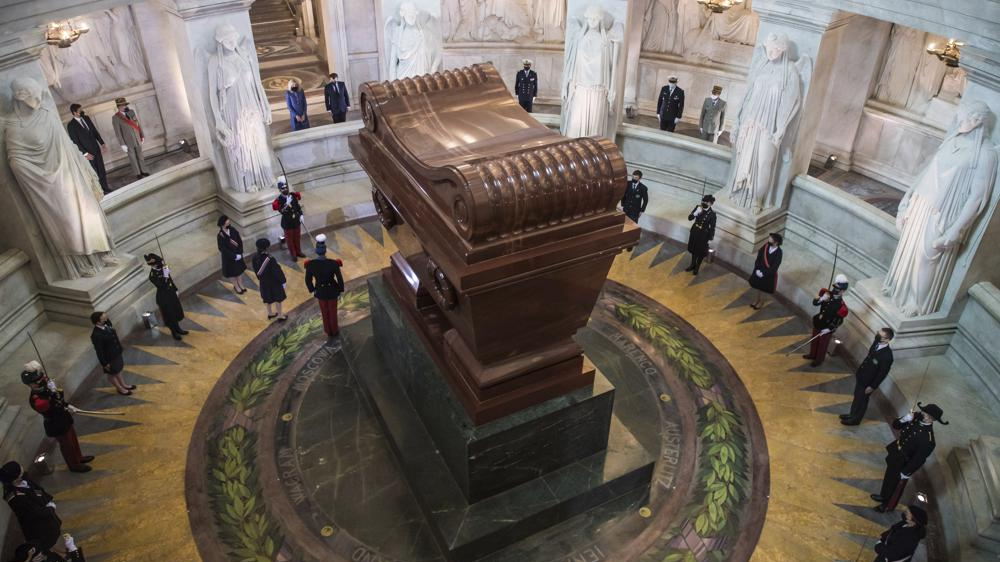 Editor's note: Brigitte Granville is professor of international economics and economic policy at Queen Mary, University of London, and the author of What Ails France. The article reflects the author's opinions and not necessarily the views of CGTN.

By laying a wreath on Napoleon Bonaparte's tomb on the 200th anniversary of his death, French President Emmanuel Macron has stepped further into the fray of the country's escalating culture war. Can France's rifts be healed, or is the country really headed, as some predict, toward "deadly civil war"?

Napoleon's legacy has long been divisive. His admirers laud his role in creating the modern French state; his detractors condemn him as a colonizer who enslaved millions. But the issue has become particularly incendiary today, in the aftermath of the publication last month of an open letter by 20 retired generals.

According to the generals, France is in a state of "disintegration," owing to several "deadly dangers," including "Islamism and the hordes of the banlieue" (poor, immigrant-dominated suburbs surrounding French cities). An anti-racism movement that "despises our country, its culture and traditions" represents another such danger.

Dire predictions of France's impending dissolution are not new. In his 2015 novel Submission, the author Michel Houellebecq imagined the formation in France of an Islamic government, backed by the old secular left, following the narrow electoral defeat of an insurgent white-nationalist movement.

But the French establishment has always been quick to dismiss such narratives. "France," proclaimed then-Prime Minister Manuel Valls after Submission's release, "is not Michel Houellebecq… it is not intolerance, hatred, and fear." Likewise, France's Prime Minister Jean Castex has offered the "most categorical condemnation" of the generals' letter.

Yet much of the country disagrees. Thousands of active and retired soldiers have affixed their names to the letter, and in an opinion poll conducted for LCI (a state-owned news channel, a clear majority of respondents (58 percent) supported the generals' jeremiad. Among the letter's specific assertions, the one that drew the most support (86 percent) was that "there cannot and must not be any town or neighborhood where the laws of the Republic are not enforced."

This reflects the popular perception that police steer clear of the banlieue, where violence erupts periodically. In November 2005, three weeks of nightly riots – triggered by the accidental deaths of two black youths fleeing from police – drove then-President Jacques Chirac to declare a state of emergency. Now, many believe that the banlieue are primed for another eruption, and that the authorities are not doing nearly enough to prevent it.

Of course, that is not the only problem French people have with the police. Last year's Black Lives Matter (BLM) demonstration in central Paris showed that the "anti-racist forces" the generals decry are convinced that immigrants and people of color are disproportionately subjected to police brutality. This is no insignificant group: despite a ban on gatherings of ten or more people, tens of thousands of protesters participated.

To those on the other side of the barricades, however, it can seem like immigrants and people of color are somehow monopolizing victimhood. After all, French police have a long history of brutality against white protesters – including, notably, during the riots of May 1968. More recently, the gilets jaunes (Yellow Vests) protests – which are conspicuously mentioned in the short open letter – left about a dozen dead.

In fact, for BLM's French critics, the gilets jaunes provide a particularly compelling counter-argument. The protesters largely comprised the white working poor, often from small-town and rural France. Squeezed by ever-higher taxes and ever-weaker public services, they took to the streets in 2018 to demand change – and were met with repression.

Shared grievances – low living standards, high unemployment, and police violence – could provide common ground, as they all reflect the French state's failures. But popular narratives that demonize the "other" mean that conditions of scarcity are more likely to cause further resentment and division.

For example, many gilets jaunes regard the young people from immigrant communities as coddled welfare spongers who break the law with impunity. At the same time, those who are on the fringes of society, even in spatial terms, and lack opportunities to escape difficult, often-violent conditions, may find themselves increasingly resentful of their community and country. 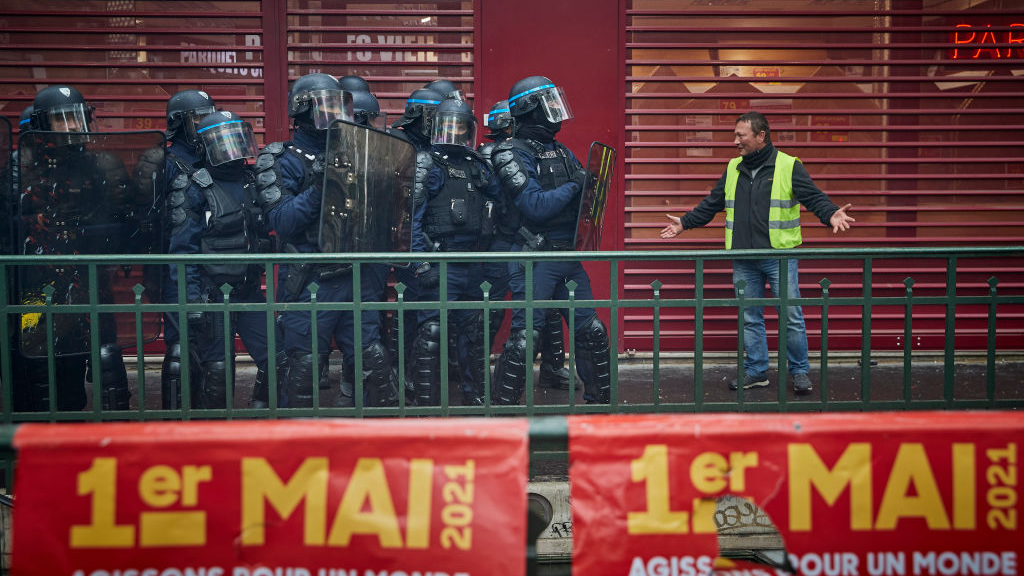 Such an environment can become an incubator for fanatical Islamism. No more potent fuel for a culture war can be imagined than the all-too-frequent deadly attacks accompanied by cries of "Allahu akbar," like those recently carried out against worshippers in a Catholic Church in Nice and a policewoman in a town southwest of Paris (to name two examples).

Few in France are happy with the country's political leaders, which is why successive presidents have failed to win re-election. To break this pattern next year, Macron will probably have to survive another polarizing run-off against the far-right National Rally leader, Marine Le Pen, who expressed her support for the generals' letter, though the rightward shift in popular sentiment could produce another challenger.

To improve his chances in this race, Macron will have to make himself stand out from the rest of the field, by reaffirming the distinctively "universalist" French ideal of citizenship – one that, unlike multiculturalism, transcends racial origins and religious belief.

On a more practical level, Macron would do well to redirect more of the country's vast public spending away from the bureaucracy and toward the most basic functions of the state – beginning with the criminal justice system. France's police force is far from perfect, but it cannot be expected to improve without adequate resources, which are woefully lacking today.

Macron should also make concrete conciliatory gestures to those on both sides of the culture war. For example, a commitment to "zero-tolerance" policing in the banlieue could appease one side, while progress toward decriminalizing drugs could appease the other, by reducing the potential perils of such enhanced policing.

With his speech commemorating Napoleon's death, Macron apparently is seeking to confront all aspects of the emperor's divisive legacy. How he manages that characteristic balancing act could reveal much about his ability to keep France's simmering culture war from boiling over.