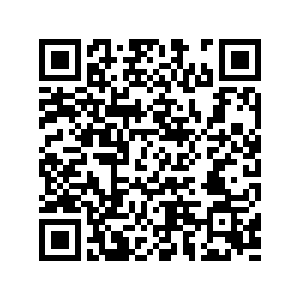 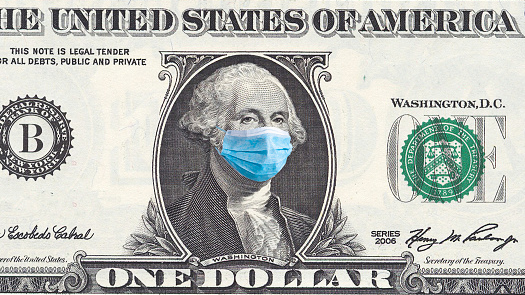 Editor's note: J. Bradford DeLong, former deputy assistant U.S. Treasury secretary, is a professor of economics at the University of California, Berkeley, and a research associate at the National Bureau of Economic Research. The article reflects the author's opinions and not necessarily the views of CGTN.

The financial and economic news in the United States lately has been dominated by concerns about inflation. "Runaway inflation is the biggest risk facing investors, Leuthold's Jim Paulsen warns," according to the cable news channel CNBC. As a potential hedge against inflation, "Bitcoin's time to shine is fast approaching," reports Fortune's Robert Hackett. According to U.S. News and World Report, "There is a lot of talk about inflation in 2021 as fears of high government spending creep in and the recent rebound in prices from pandemic-related levels has some investors worried that the trend will continue for some time."

And yet, one also reads that "U.S. Treasury yields hold ground even as inflation picks up." After growing at an annualized rate of 33.4 percent in the third quarter of 2020, 4.3 percent in the fourth quarter, and 6.4 percent in the first quarter of this year, the U.S. economy is on track for a full recovery. The second-quarter growth rate is expected to be at least eight percent, and perhaps significantly higher, which means that the U.S. economy, in aggregate, will have fully returned to its pre-pandemic production level by the third or fourth quarter of this year.

In this context, it is no surprise that core inflation (which excludes food and energy prices) rose 0.4 percentage points over the past month. That rate implies nearly a five percent annual inflation rate. But looking back over the past 12 months, the core inflation rate (as measured by the consumer price index) was 2.3 percent, which is in keeping with the U.S. Federal Reserve's two to 2.5 percent target.

The question is not whether there will be some inflation this year, but whether it will represent "overheating" of the economy as a whole. Most likely, it will not. The amount by which economic output in 2021 exceeds potential output will be less than zero. And as the Fed makes clear with every statement it issues, it will not allow a transient wage-price spiral to become embedded in inflation expectations. The outlook for 2021 and beyond is that inflation will hover around the Fed's target, rather than consistently falling short, as it has for the past 13 years. These sectoral dynamics will be the most important determinants of inflation this year. By the end of 2021, some four percent of all workers will have moved not only to new jobs but to entirely different sectors. In an economy where businesses very rarely cut nominal wages, the pull of workers from sectors where demand is relatively slack to sectors where it is more intense will require firms to offer wage increases to encourage workers to make the jump.

But we cannot know how much inflation this reshuffling will cause, because we have not really seen anything like it before. Economists will have a lot to learn this year about the short-term intersectoral elasticity of employment supply.

One thing that should be clear, however, is that an uptick of inflation this year is nothing to be upset about. After all, wage and price increases are an essential part of rebalancing the economy. Real production, real wages, and real asset values will all be higher as a result of this year's inflation, whereas the price level will remain far below what it would have been had the Fed managed to hit its inflation targets in the years since the Great Recession following the 2008 global financial crisis.

While some commentators worry that we may be returning to the 1970s, this is highly unlikely. That decade's stagflationary conditions followed from a perfect storm of shocks, and were exacerbated by the Fed's conflicted and confused response under then-chair Arthur Burns. Today's Fed leadership is very different, and there is no perfect storm of repeated shocks to match the effects of the Yom Kippur War, Iran's Islamic Revolution, the 1970s productivity-growth slowdown, and so forth.

Burning rubber to rejoin highway traffic is not the same thing as overheating the engine.