Download
Charts of the day: How has Iran been affected by U.S. sanctions?
By Pan Zhaoyi 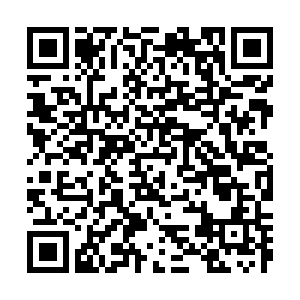 Three years ago, on May 8, 2018, then U.S. President Donald Trump announced the U.S. was withdrawing from a landmark nuclear deal signed between Iran and a group of leading world powers.

The deal, known as the Joint Comprehensive Plan of Action (JCPOA), although putting many restrictions on Iran's nuclear activities, had done a great deal in helping lift the country's crippling economy.

Since 2007, the international community had imposed a series of sanctions on Iran's energy, trade and financial sectors in response to the Iranian nuclear program, which was reported to have the power of developing nuclear weapons. 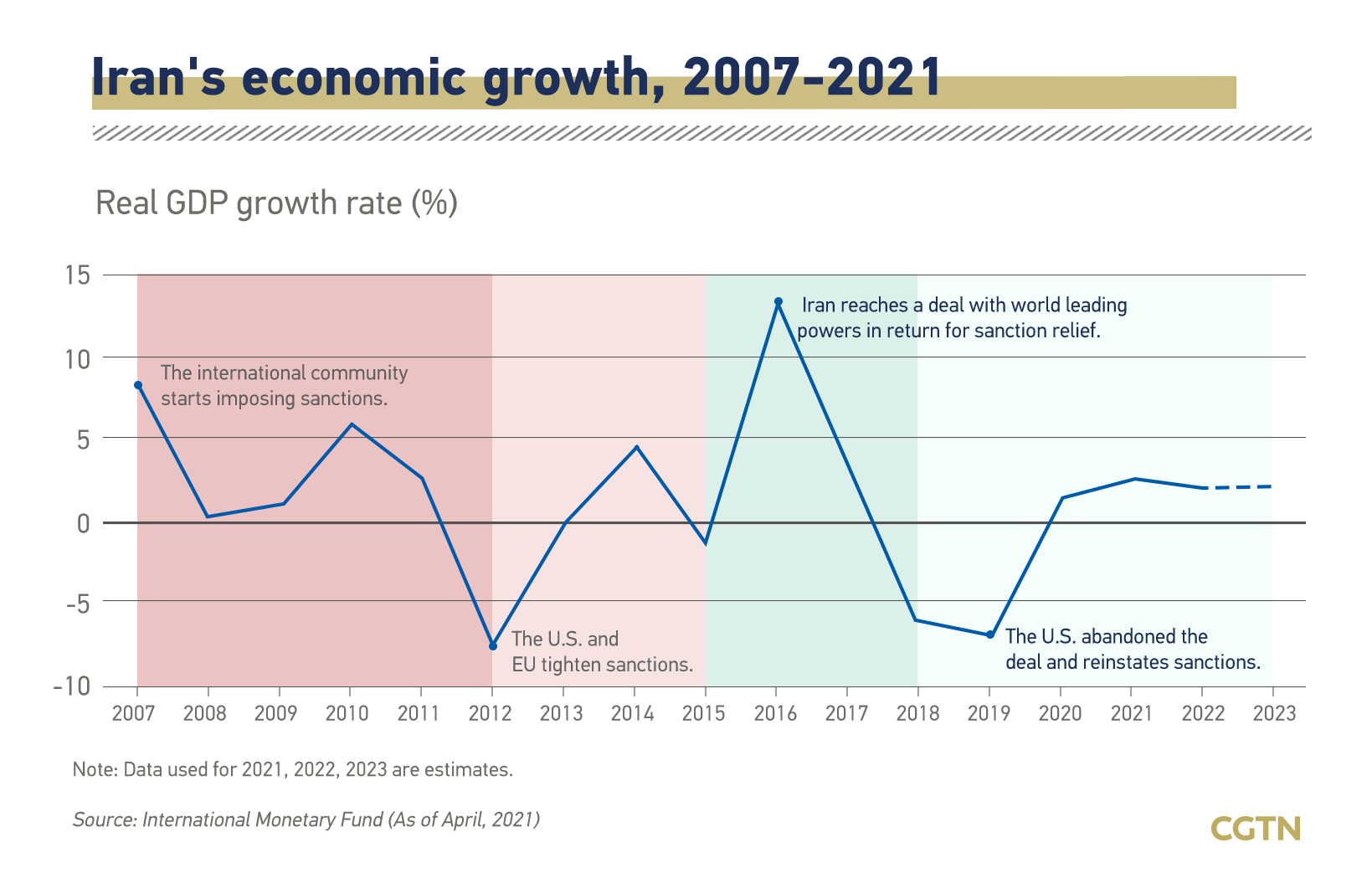 As a result, Iran's economy fell into significant recession due to the reduced sales of oil and isolation from the international financial system in the following years.

The country's GDP growth rate went down to a below zero level in 2012, when President Barack Obama tightened the U.S. sanctions. In an executive order, Obama said he was freezing all Iranian government assets held or traded in the U.S.

Over the same period, the European Union (EU) also imposed an oil embargo. Serving as Iran's pillar industry, the crude oil exports fell from 2.5 million barrels per day (bpd) in 2011 to almost 1.2 million bpd in 2013, a more than 50-percent decrease, according to data from the Organization of the Petroleum Exporting Countries (OECD). 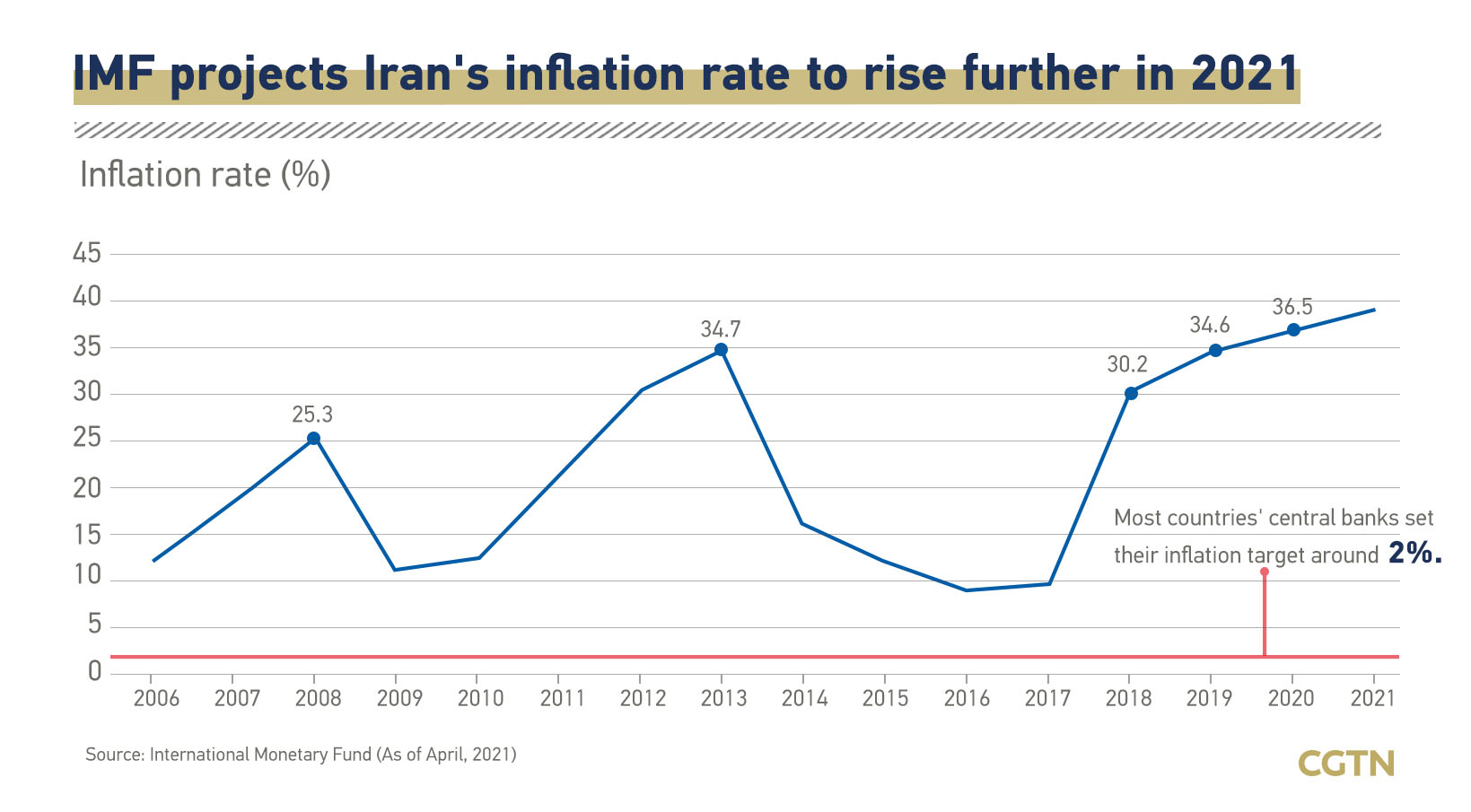 The inflation rate rose to 34.7 percent in 2014, about 17 times that of a normal standard set by most countries' central banks.

It wasn't until 2015 that Iran finally got a way out by striking a long-negotiated nuclear deal with some leading world powers.

Known as P5+1, five permanent members of the United Nations Security Council – the U.S., Britain, France, China, Russia, plus Germany – signed a framework agreement under which Tehran agreed to curb its nuclear work in exchange for limited sanctions relief. 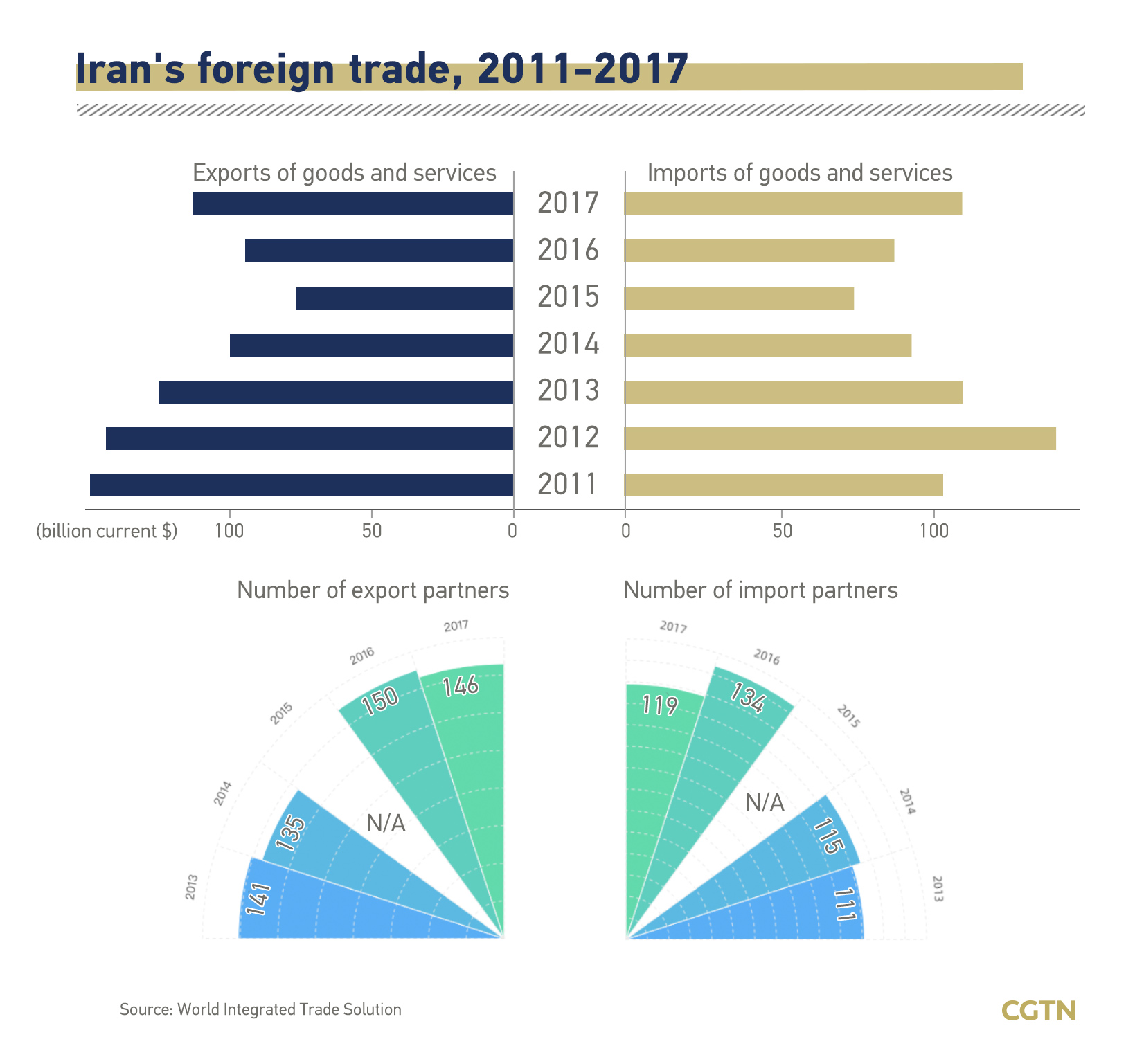 Official records of Iran's trading partners in 2015 are not available.

Official records of Iran's trading partners in 2015 are not available.

Foreign trading partners had resumed their business with Tehran after they were allowed to use the global financial system for trade. Both export and import volumes increased dramatically. Oil exports rose to 2 million bpd in 2016 and reached a peak of 2.8 million bpd in 2018.

However, the reprieve was short-lived. The Trump administration ended U.S. participation in the JCPOA on May 8, 2018 and reinstated all secondary sanctions later in the year. It asked firms and other countries to "wind down" operations previously authorized under the agreement. 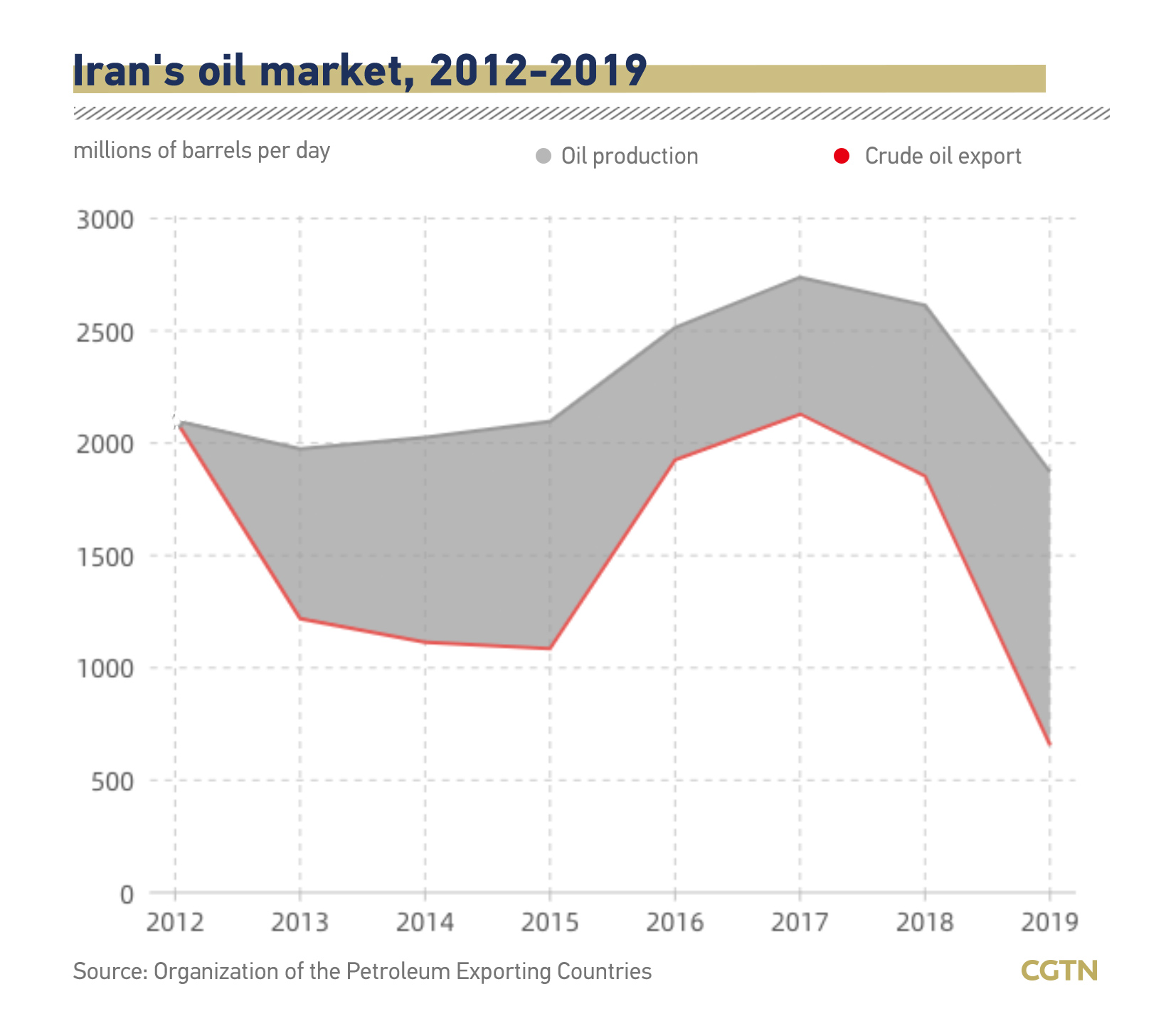 Iran's economic growth again contracted to -6.8 percent in 2019, and the inflation rate reached a pre-deal level in the same year.

Meanwhile, Tehran has stepped up its violations of the deal, exceeding limits on its stockpiles of nuclear-related materials, boosting the production of machines of these materials.

Since President Joe Biden took office, the U.S. has sought to implement an intent to rejoin the JCPOA but set intransigent conditions on Iran.

In a meeting held by the remaining members of the deal in Vienna in April, all parties agreed to establish a working group to focus on how to get the United States back into the deal.