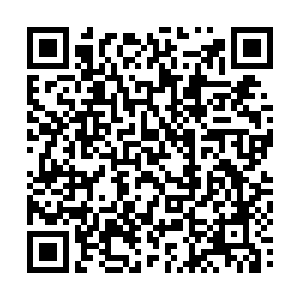 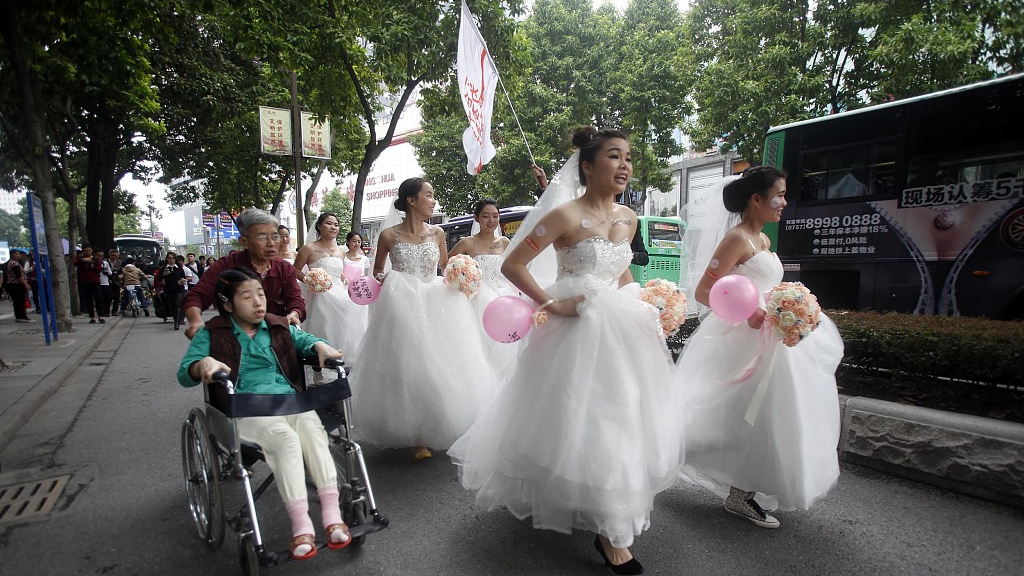 For 35-year-old Song Yue who lives in Beijing, it's hard to contemplate the idea of marriage, not to mention having children. Despite earning a decent salary as an outdoor sports manager for a Decathlon store, just thinking about the stress associated with raising children in a first-tier city is enough to chase him away from the thought.

As the ancient Chinese saying goes, "There are three major offenses to filial piety, and not having children is the biggest of them all." But with China's fast-approaching modernization, traditional views toward family have been dissipating in the minds of China's young city-dwellers, who have indulged in a range of new, exciting lifestyles centered around the idea of the "self."

"I enjoy the life I have now," Song said. "The cost of putting one child all the way through college is enough for me to go on my dream hiking trips around the world 10 times over. If I had children, I'd be putting all my time and energy into them. They are just too expensive."

Song is among China's 240 million singles, a demographic group that has grown rapidly in recent years. Experts say the country's falling marriage and birth rates are painting a grim picture for policymakers. 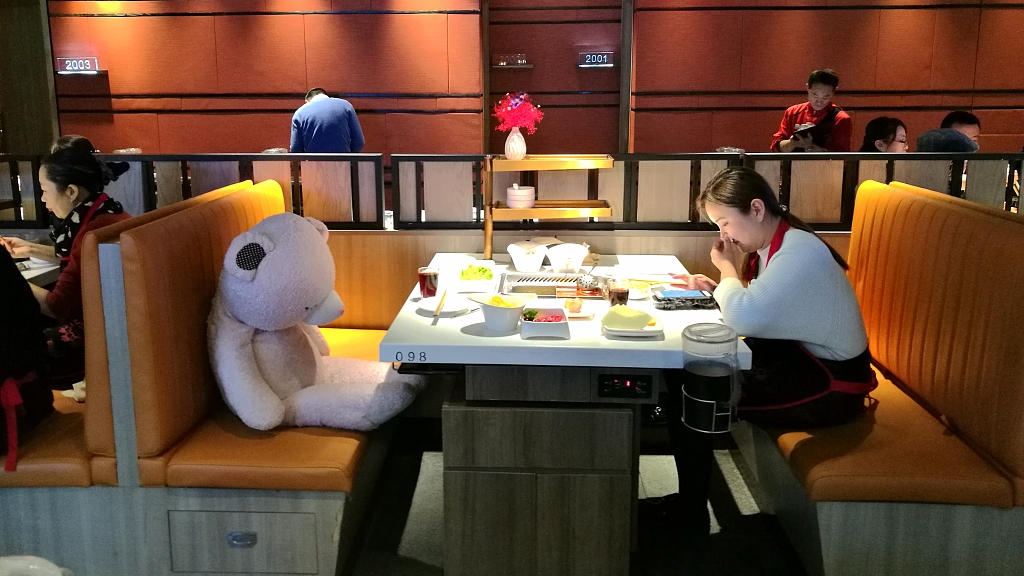 Last week, the Financial Times reported that China's latest census is expected to announce the country's first population decline since the late 1950s, dipping to below 1.4 billion people. A few days later, China's National Bureau of Statistics claimed the population continued to grow in 2020.

Experts say China's population decline is inevitable given the circumstances, while India is on track to overtake China as the most populous country in the world by 2025.

"China will likely enter a period of population decline soon," said Huang Wenzheng, a fellow at the Center for China and Globalization, a Beijing-based think-tank. "This might be the biggest challenge the Chinese nation faces in the next century."

China's population of potential workers aged 15-59 reached the peak at 925 million in 2011 and it might drop to 700 million by 2050, according to China's Ministry of Human Resources and Social Security.

By 2040, roughly 30 percent of Chinese people will be in their 60s or older. Their livelihood will be supported by a shrinking working-age population.

In a country that has been dubbed "the world's factory," where manufacturing accounts for over one-fourth of its GDP, this population trend would likely lead to the hollowing out of the manufacturing sector and slowed its economic growth.

The growing hesitation toward marriage and child-rearing has been attributed to heightened work intensity and the rising cost of living across China's major cities. According to the latest lifestyle report by Zurich-based private bank Julius Baer, Shanghai has replaced Hong Kong to become the most expensive city to live in the world today. Beijing and Shenzhen have also taken the spots in the top 10, according to CBRE, an American real estate investment firm.

As young women become educated, many have taken highly demanding positions in pursuit of better salaries. Nearly two-thirds of single females working in Shanghai reported working over eight hours per day, according to a report by China's Ministry of Civil Affairs. 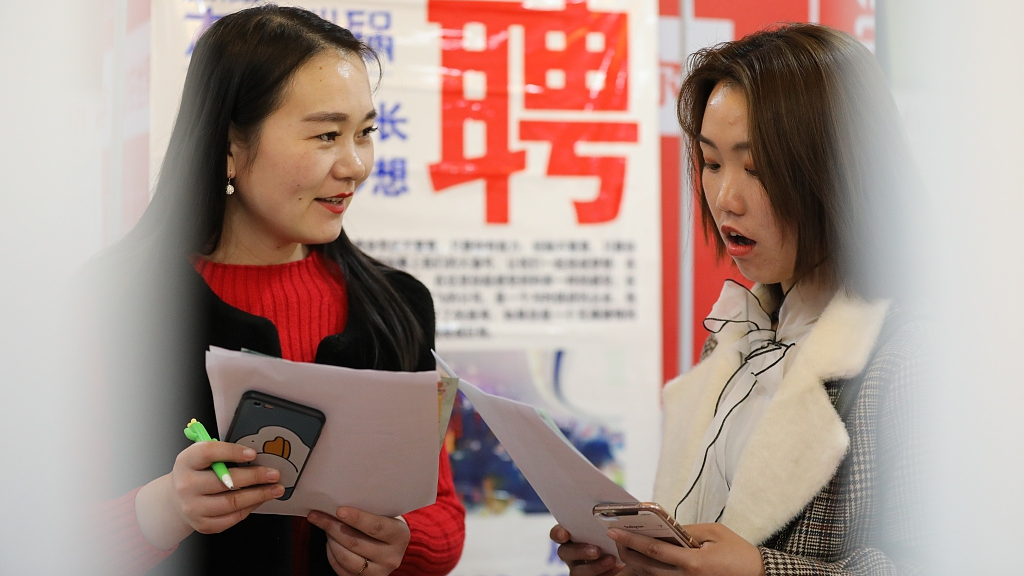 A woman inquiring about an employment opportunity in the city of Tengzhou, east China's Shandong Province, March 9, 2019. /CFP

A woman inquiring about an employment opportunity in the city of Tengzhou, east China's Shandong Province, March 9, 2019. /CFP

"We're witnessing the transition between the fourth and fifth wave of China's singledom," said Tao Jin, a senior researcher on macroeconomic trends at the Suning Institute of Finance. The fourth wave, which occurred around the 2000s, is characterized by young men and women who willingly choose to be single.

Experts say the government's policies have also had a significant impact on the country's fertility rate. Since the 1980s, China has followed the "one-child policy," a measure that was critical for relieving the stress on national finances and improving people's living standards during those years.

As problems with plunging birth rates, the fast-aging population and a shrinking labor force become more apparent in recent years, the government loosened the family-planning restriction to two children per family. But it is unlikely that the current population decline would be reversed from a single policy.

Last month, the People's Bank of China, the central bank, issued a report that called on the government to abolish family planning policies altogether and reduce the burdens associated with child-rearing.

"China needs to recognize that the population trends have changed, and that demographic dividend is the only beneficiary in the short term while the debt it resulted in will be paid sooner or later," the report said.

Despite the worrying demographic problem, China's quick advancement in technology could help make up for the labor shortage and help offset some of the negative consequences that come along.

In an opinion piece titled "lousy demographics will not stop China's rise" published in The Australian Financial Review on Wednesday, columnist Gideon Rachman pointed out China's leading position in AI and robotics could help the country avoid the fate of Japan and South Korea, which have both experienced the consequences of an aging population.

"I still believe China has the institutional advantages," said Huang. "If the government realizes the severity of the problem and pools all the resources to solve it, there's still hope."