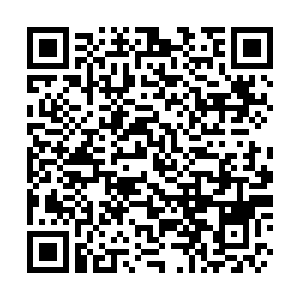 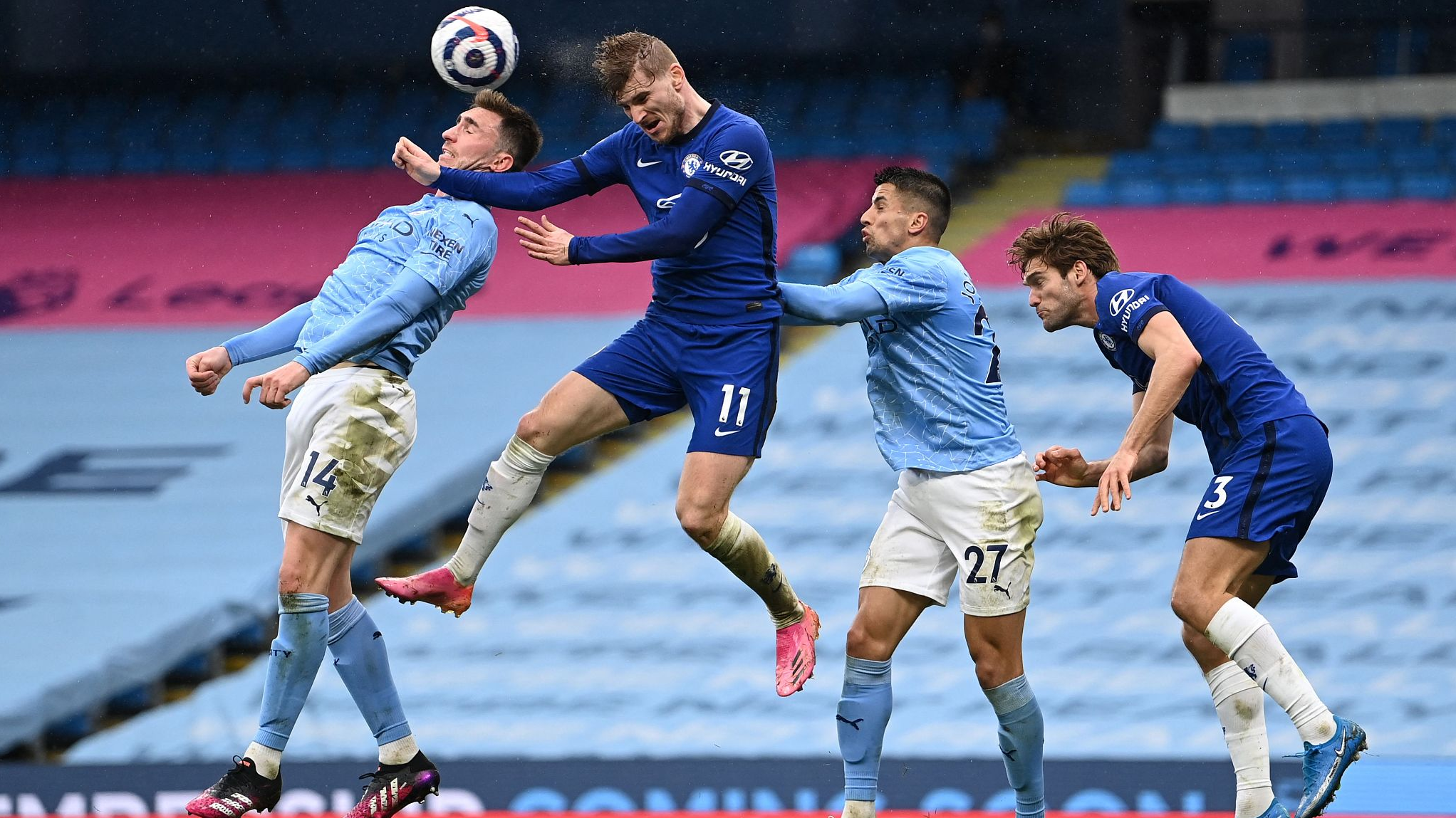 Players of Chelsea and Manchester City in action during their Premier League match in Manchester, England, May 8, 2021. /CFP

Players of Chelsea and Manchester City in action during their Premier League match in Manchester, England, May 8, 2021. /CFP

Chelsea forced Manchester City to put their Premier League title party on hold on Saturday, winning 2-1 to boost their own chances of a top-four finish in a dress rehearsal for the Champions League final.

Raheem Sterling gave the home side the lead at the empty Etihad Stadium just before half-time but Hakim Ziyech levelled in the second half and Marcos Alonso bundled in the winner in the dying seconds.

The point lifts the Londoners to 64 points, six clear of fifth-placed West Ham with just three games to go.

City could be crowned champions before they play again. Manchester United face three matches before Pep Guardiola's men are next in action, against Newcastle on Friday.

Liverpool kept alive their hopes of a top-four finish in the Premier League as Sadio Mane and Thiago Alcantara sealed a 2-0 win against Southampton.

Juergen Klopp's side moved above Tottenham into sixth place thanks to Mane's first-half header and Thiago's first goal for the club in the final moments at Anfield.

Liverpool's first victory in four games in all competitions leaves them six points behind fourth-placed Leicester with a game in hand in the race to qualify for next season's Champions League.

It was only their second league win at Anfield in their last 11 matches.

They travel to second-placed Manchester United on Thursday for a crucial clash in their attempt to catch Leicester. 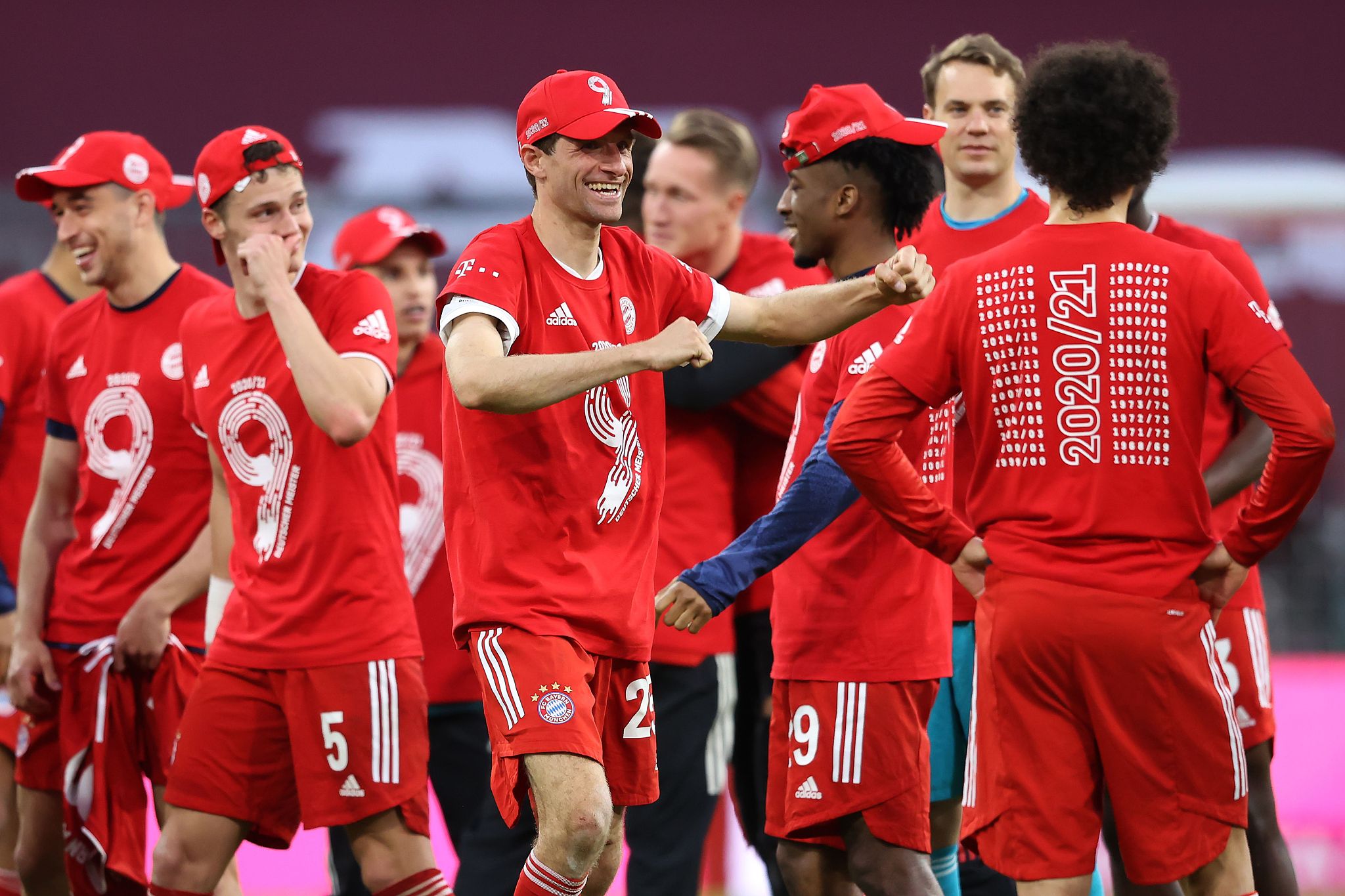 Bayern Munich players celebrate after their Bundesliga match against Borussia Moenchengladbach in Munich, Germany, May 8, 2021. /CFP

Bayern Munich players celebrate after their Bundesliga match against Borussia Moenchengladbach in Munich, Germany, May 8, 2021. /CFP

In Germany, Thomas Mueller hailed Bayern Munich's "phenomenal" achievement after they were confirmed Bundesliga champions for the ninth season in a row.

Robert Lewandowski grabbed a hat-trick in a 6-0 thrashing of Borussia Moenchengladbach at the Allianz Arena in Munich.

Bayern were confirmed champions even before kick-off after Borussia Dortmund's 3-2 win at home to second-placed RB Leipzig earlier in the day sent the title to Munich.

"Nine titles in a row, that's crazy. And I was there each time. I'm very grateful for that," said Mueller, 31, who now holds the joint record of 10 Bundesliga titles with teammate David Alaba.

"It shows the development of this club over the years. It's phenomenal, it's a huge amount of work every year with a great team."

Head coach Hansi Flick has now won seven titles in 18 months, but will leave to be replaced by RB Leipzig boss Julian Nagelsmann next season.

"That performance was worthy of champions," said Flick.

Mueller scored Bayern's second goal while Kingsley Coman and Leroy Sane also got on the scoresheet alongside Lewandowski, who now has 39 league goals this season, one short of Gerd Mueller's all-time Bundesliga record.

"We wanted to show on the pitch that we are German champions," said Lewandowski, who insisted he will "keep stepping on the gas" as he chases Mueller's record with two games left.

Flick says Lewandowski is writing himself into the club's folklore.

"If he manages the record, it will have been more than deserved."

Club captain Manuel Neuer admitted it was a "bizarre situation" to be crowned champions while still warming up.

"We were just getting ready, there are a few TVs in the dressing rooms," said the Germany goalkeeper.

"We realised that we had become champions and started congratulating each other."

Thomas Mueller, a one-club wonder who won his first Bundesliga title with Bayern back in 2009/10, said he never dreamed of such success when he joined the Bavarian giants as a schoolboy.

"When you play here as a little boy, you don't think you'll ever play in the first team at FC Bayern. You're just happy when you get tickets for home games," he quipped.