Wang made the pledges separately to the nations in phone calls with their foreign ministers.

Wang said Belgium is currently being tested by the pandemic and China is willing to provide necessary support according to the needs of the Belgian side. 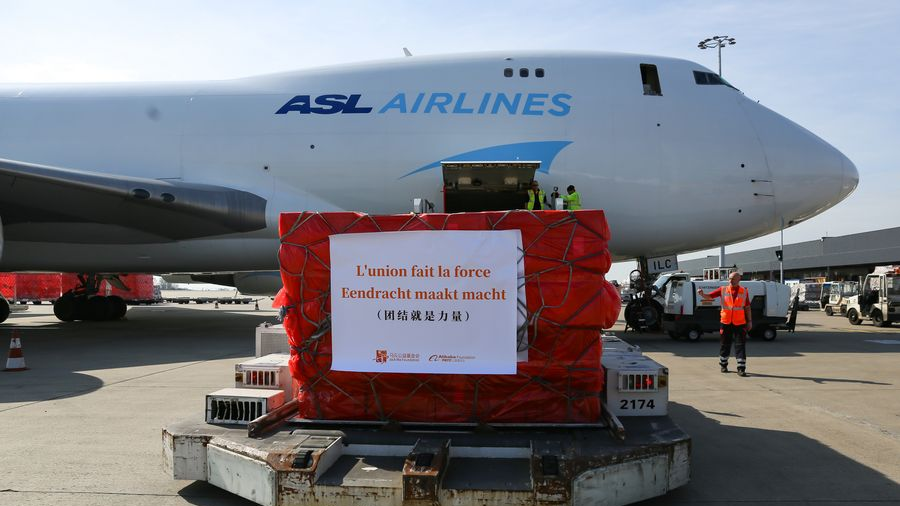 Chinese medical supplies for Belgium are unloaded at the Liege Airport in Liege, Belgium, on March 16, 2020. /Xinhua

Chinese medical supplies for Belgium are unloaded at the Liege Airport in Liege, Belgium, on March 16, 2020. /Xinhua

"China is willing to work hand in hand with Belgium to promote economic recovery. China's market is open and will get bigger, which will provide more development opportunities for Belgium," Wang told Belgian Deputy Prime Minister and Minister of Foreign Affairs Sophie Wilmes.

"We hope that the Belgian side will provide Chinese enterprises with a fair and non-discriminatory business environment," Wang noted.

China is willing to strengthen cooperation with Suriname in the fight against COVID-19 and jointly overcome the pandemic. The two countries should strengthen cooperation in infrastructure construction, communications and other fields, and actively explore energy development to help the recovery and transformation of Suriname's economy, Wang noted.

Ramdin congratulated China's economic and social development achievements, and stressed the one-China policy as the cornerstone of bilateral relations will never waver.

He also thanked China for its sincere help in the fight against the pandemic, and said he hoped that the 45th anniversary of the establishment of diplomatic relations between the two countries on May 28 will be an opportunity to promote new progress in bilateral relations.

"We will work together to safeguard each other's legitimate interests and the legitimate rights and interests of developing countries. China encourages and supports competent Chinese enterprises to invest in Sudan, and supports Sudan's active participation in the construction of the Belt and Road to open up new prospects for cooperation between the two countries," Wang said.

Mariam thanked China's help in Sudan's fight against the pandemic and said Sudan hoped to deepen cooperation with China in areas including economy, culture, education and infrastructure construction.