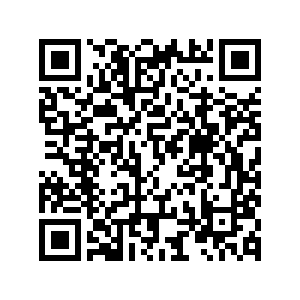 If you want to understand why human behaviors irritate economists, try playing Mafia, a party game, as I did with friends during the May Day holiday.

The social deduction game has a simple yet psychologically entertaining format. A randomly selected minority is tasked with eliminating members of the unknowing majority one by one during the "night," and the surviving players on the "next day" debate to vote out the one they suspect of being involved in the killing. The two phases alternate until either the killers win by equaling the potential victims numerically or the goodies root out every one of the baddies.

Game theory specialists have broken the game down into several optimal strategies for different parties. As long as the participants are "perfect players" – consistently rational in their optimal pursuit of a clearly defined self-interest – the strategies could be employed. But guess what, in real life, we are nowhere near perfection. And that's where the fun begins.

If you have played the game, you must be familiar with the information asymmetry between the opposing sections and the chaos it causes. Making deductions about the identities of the "killers" more often than not boards on guesswork. A mix of information and disinformation plays havoc with the mental faculties of a player trying to figure out if an opponent is truly telling a lie in a given round or not, even if the said opponent is known to be a pathological liar throughout the game. Worse, one can't even tell for sure if an opponent is still focused on the game with a clear goal of winning or has started drifting.

Behavioral economists tell us that human beings rarely do things rationally, like an "economic man," a fact that many older economic models take for granted. Emotions can get in the way of economically sound decision-making and render an ideal analytical model simply irrelevant. Behavioral failures (making choices inconsistent with achieving what we want) are part of the reasons that the game is fun. But in real life, they may cost us more dearly than a game.

For example, investors with less-than-required trading experience tend to brood over and cling to dead stocks for so long that they fail to see the ones that could turn their entire game around. And all this is done in the name of loss aversion or minimization. We loathe loss so much that a penny lost hurts far more than a penny gained.

Similar in-built faults with our psychology render us vulnerable to commercial exploitation. According to Weber's law, for example, our sensitivity to change remains constant as a proportion of how things were originally. It basically means that if you are put off by a 20-percent increase in the price of a $10 item (you won't buy it for $12), then a shopkeeper can manage to sell you a $100 item for $119 as long as it doesn't hit your 20-percent threshold. Those extra $2 would hurt like hell, but an extra $19 won't bother as much.

And businessmen know about this. They make it a point to gauge your threshold to change and then squeeze those extra coins out of your wallet without letting you feel the pinch.

Where we are aware of our shortcomings, we hire professionals to do the job for us, such as investing, insuring and closing legal issues. And financial gain isn't the only rational pursuit of human life. A diversified economy counts on us being humans of multiple interests. There is no harm in that.

The problem is that spending is too easy today. With fancy mobile applications people have gained accesses to complicated markets that usually require professional training to roll in. As investment and purchasing can be done with a few swipes on the phone, the cognitive system that's meant to be triggered to vet the deals probably lays dormant because we are so touch-happy to wait for it being deployed.

At the beginning of this year, many young Chinese people, mostly just leaving colleges, learnt a costly lesson in investment. Following a market rally toward the end of January, they rushed to invest in funds hoping to catch up with the uptick only to suffer heavy losses in the ensuing price retreat. Those who had invested for the first time on their mobiles had to sell their play stations with different apps in order to write off the loss, reports at the time found.

Irrational buying is an issue with the country's young people too. And the spending is not limited to exchanging money for goods. The Chinese market watchdog had to issue an emergency warning last month to live streaming platforms that accepted digital payments from teenagers who bought virtual gifts for their favorite video hosts. Some of the transfers were as high as tens of thousands of yuan.

Behavioral economists recognize the difficulty of plugging all of our cognitive loopholes but don't deny that by learning from our mistakes we can get better in a game of mafia as well as a market. But what needs to be changed first is our perception of investment being too trivial or too complicated a matter to be taught to young people in a classroom. Saving for retirement, smart credit spending and investing in speculative markets should be worked into curricula, just like reading, counting and sex education. If tech firms have the means to harvest people's behavioral data with the motive to cash on it, people need to be informed as to how this is going to affect them.

In a regulated market, entities can be expected not to treat consumers like mafiosi. But we have to stay vigilant in case some of them get rogue.