Download
U.S. is a threat to the survival of global democracy
Bobby Naderi 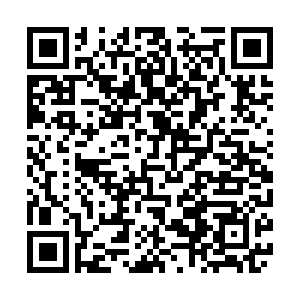 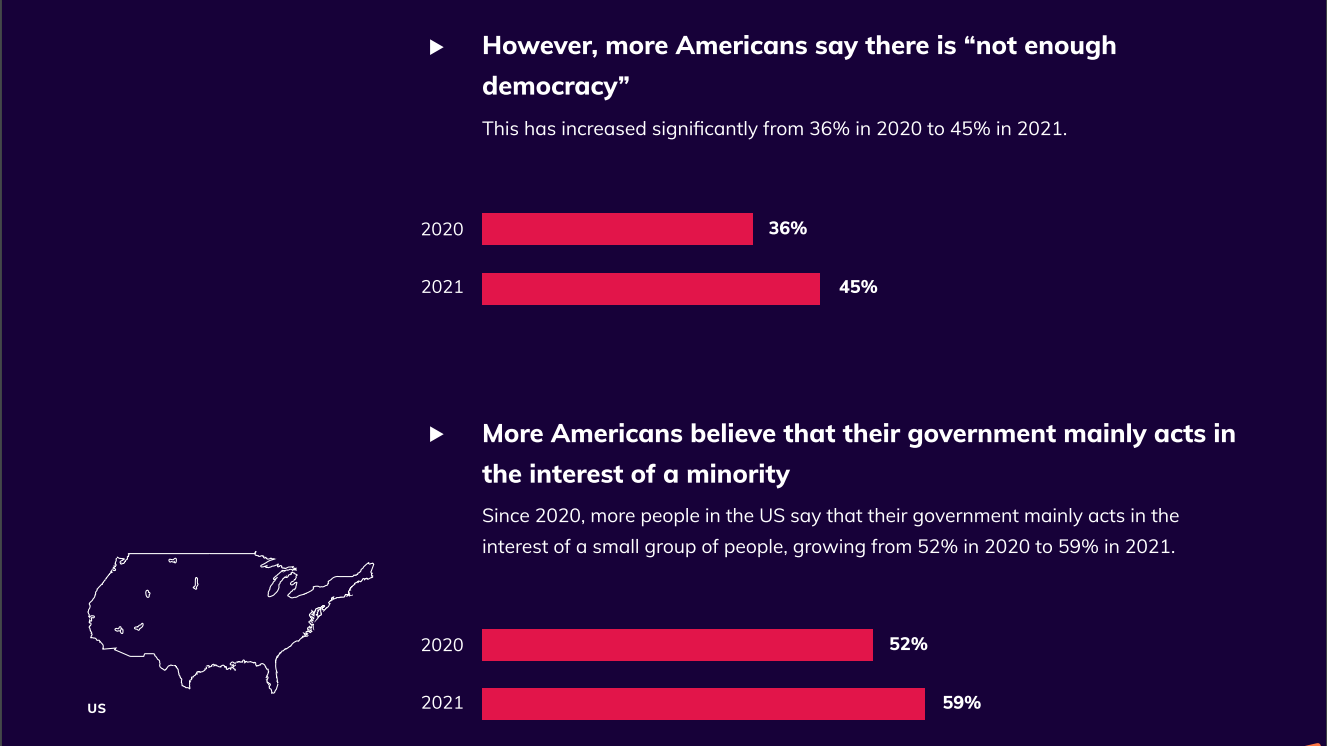 A screenshot of the Democracy Perception Index 2021.

A screenshot of the Democracy Perception Index 2021.

According to a new poll commissioned by the Alliance of Democracies Foundation among 50,000 respondents in 53 countries, the United States is not fit to present itself as the chief guardian of global democracy. The self-appointed arbiter of righteousness is more of a threat to democracy, economic equality and global health than any other country in the world.

The findings show that nearly half or 44 percent of the respondents in the 53 countries surveyed are concerned that the U.S. continues to threaten democracy in their country. Worse still, the study shows that neither the U.S. nor the G7 can simply assume the mantle of defenders of democracy.

On the contrary, voters in Norway, Switzerland, Sweden and China are most confident that their country is democratic. In China, for instance, 71 percent of voters agree that China has the right amount of democracy. That's not exactly a sterling success story for the U.S.

Despite President Joe Biden administration's improvement promises, history tells us that oligarchs will continue to maximize their wealth, using the "democratically elected" government to shape policies and laws favorable to their interests. People are still afraid of the ruling establishment.

With disastrous U.S. foreign policy practices and a unilateral approach to international affairs, the U.S. is, in essence, still on another planet, and the world can still pick a major fight with the beltway in Washington in many spheres, including racism, discrimination and Islamophobia.

That the Alliance of Democracies Foundation took the risk on the global front illustrates just how worried the group is about the survival of American democracy. Thanks to the trade wars, travel bans, anti-immigrant and white supremacist policies, the global gamblers of the Biden administration are not expected to do well on these metrics. This could be due to the rise of hyper-partisan media, high-tech companies and social media, political polarization and state-level restrictions on voting rights.

The reality is that Biden and his enthusiastic national security advisers may never fully follow any playbook to prop up domestic laws and international norms, including strategic agreements and treaties like the Intermediate-Range Nuclear Forces Treaty with Russia and the Paris climate accord or support permanently lifting patents on COVID-19 vaccines and supplies – undemocratic practices that have destabilized global politics and health. 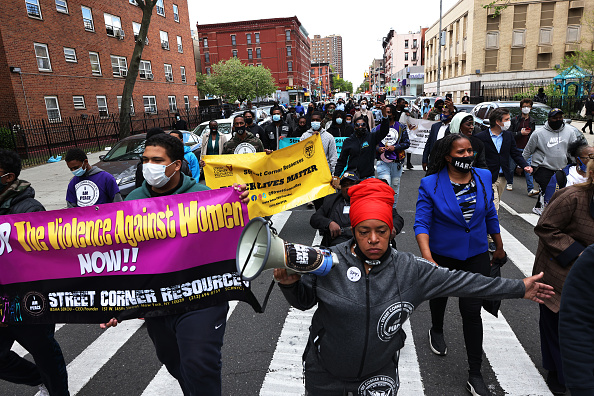 People participate in a peace walk to denounce the rise of gun violence in the city in Harlem, New York, U.S., April 30, 2021. /Getty

People participate in a peace walk to denounce the rise of gun violence in the city in Harlem, New York, U.S., April 30, 2021. /Getty

With Americans afraid of their government and its anti-democratic leadership, the question remains: How come the Biden administration still insists on flaunting the banner of democracy in the Asia-Pacific region to the extent of attempting to interfere in and destabilize the Chinese peripheries?

No one can pretend democracy is perfect or all-wise in this part of the world. Yet there can be no doubt that the Biden administration is afraid to let the world judge the truth and its falsehood. It's still a government that is afraid of its own people, afraid to entrust them with universal values and norms.

The long con of global dominion

At the very least, there can be little question that the claim that American democracy under Biden's administration is a scam. It is not democracy but American exceptionalism that is on the march.

The U.S. has been involved in a disastrous campaign of "building democracy" for so long that it is no longer capable of winning global support. What we are witnessing is a brain-dead version of stage-managing that has left many nations, including perceived allies, wondering what to do next somewhere down the line.

In the face of it, it's always good to look for some bright spot, and there happens to be one area where the U.S. remains the undisputed global champ in isolating itself. Peoples and governments, especially in resource-rich countries, such as those in the Middle East and Africa, are already raising the alarm. Despite all the pressure and threats, they are not willing to make a choice. They have managed to set themselves free from the hysteria of U.S. media and warrior corporations.

Forget human rights invitations at the UN or Biden's G7 public compliments that have nothing to do with democracy. More and more, the self-appointed arbiter of righteousness is playing the long con against the system of global dominion in a genuinely impressive fashion. Far from bringing democracy to distant lands, expect "the most exceptional and triumphant nation" on our planet to only provide further legitimacy for undemocratic forces of all sorts, fueling disaster capitalism, unknown callousness and base-world blowback.