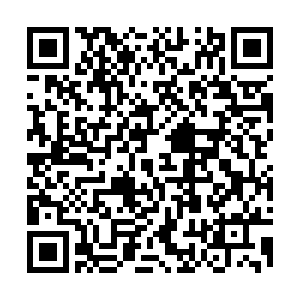 More than 200 Palestinians and 17 Israeli police officers were reported wounded when riot police clashed with protesters at the Al-Aqsa Mosque compound late Friday, capping a week of violence in the Holy City and the occupied West Bank. 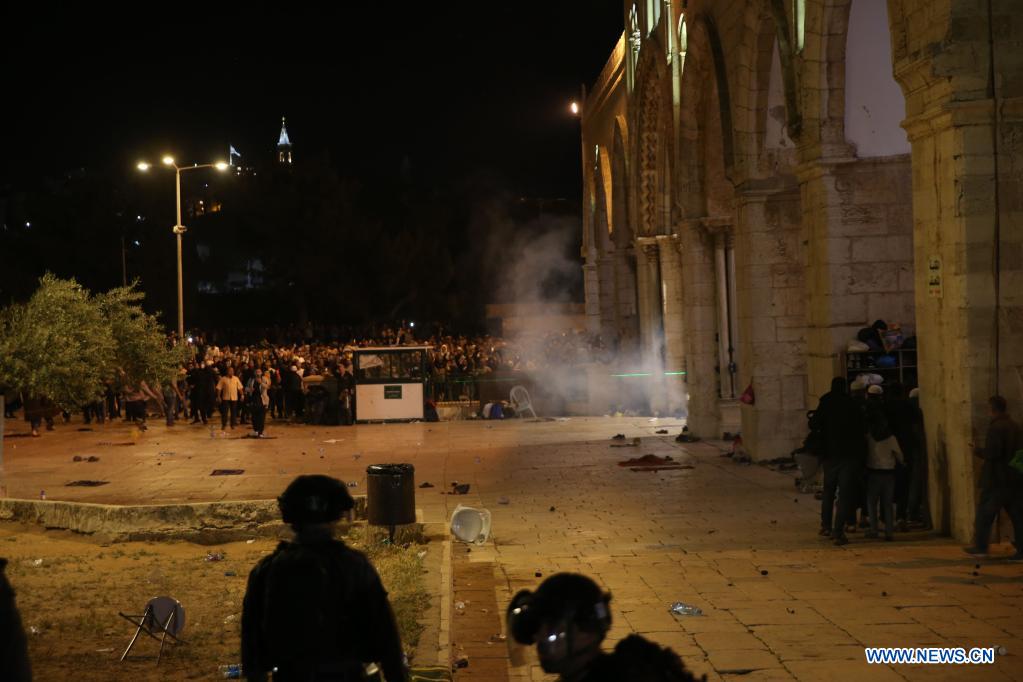 Palestinians clash with Israeli police at the Al-Aqsa Mosque compound in East Jerusalem, May 7, 2021. /Xinhua

Palestinians clash with Israeli police at the Al-Aqsa Mosque compound in East Jerusalem, May 7, 2021. /Xinhua

Here is how the international community has so far reacted to the clashes at Al-Aqsa and Sheikh Jarrah:

The high representative for the United Nations Alliance of Civilizations (UNAOC), Miguel Moratinos, on Saturday expressed "dismay and deep concern" over the clashes.

In a press statement, Moratinos called for respecting the sanctity of religious sites and stressed the right of worshippers to practice religious rituals and traditions peacefully and safely without fear or intimidation.

He also appealed for peace and for respecting the status quo of the Holy Sites in East Jerusalem, and wished those who were injured a speedy recovery.

Rupert Colville, spokesman of the Office of the UN High Commissioner for Human Rights (OHCHR), urged Israel to call off any forced evictions and warned its actions could amount to "war crimes."

The Middle East Quartet, consisting of the European Union, Russia, the United States and the United Nations, on Saturday also expressed "deep concern" over the daily clashes and violence in East Jerusalem.

The envoys, through a joint press statement, said they were "closely monitoring" the situation in East Jerusalem, including in the Old City and Sheikh Jarrah neighborhood.

"We are alarmed by the provocative statements made by some political groups, as well as the launching of rockets and the resumption of incendiary balloons from Gaza towards Israel, and attacks on Palestinian farmland in the West Bank," said the statement.

"We call upon Israeli authorities to exercise restraint and to avoid measures that would further escalate the situation during this period of Muslim Holy Days. We call on all sides to uphold and respect the status quo at the holy sites. All leaders have a responsibility to act against extremists and to speak out against all acts of violence and incitement."

The Quartet envoys also reiterated their commitment to a negotiated two-state solution, the statement added.

Jordan on Saturday denounced Israel's attacks on Palestinian worshippers at Al-Aqsa Mosque, urging the international community to exert pressure on Israel to stop its violations.

Senate President Faisal al-Fayez called on the international community to shoulder its moral and legal responsibility to stop the "herds of settlers and state-sponsored terrorism of the Israeli extremist right government against Palestinians," state-run Petra news agency reported.

Condemning Israel's "heinous attacks on Jerusalemites in the surroundings of Al-Aqsa Mosque," Foreign Ministry spokesman Deifallah al-Fayez urged Israeli authorities to leave worshippers to perform night-time prayers safely and freely during the holy month of Ramadan, according to a ministry statement.

Qatar's Foreign Ministry strongly condemned the Israeli police's "storming" of the Al-Aqsa Mosque, saying it was a "provocation to the feelings of millions of Muslims around the world, and a severe violation of human rights and international accords."

It urged the international community to work to end "repeated Israeli aggression" against the Palestinians and Al-Aqsa.

It also reiterated its support for the Palestinian people's legitimate rights to establish an independent Palestinian state based on the 1967 borders.

Saudi Arabia denounced the planned evictions of Palestinians in the Sheikh Jarrah neighborhood.

"Saudi Arabia rejects Israel's plans and measures to evict dozens of Palestinians from their homes in Jerusalem and impose Israeli sovereignty over them," the country's Ministry of Foreign Affairs said in a statement.

In a statement, the Minister of State for Foreign Affairs Khalifa al-Marar stressed "the need for Israeli authorities to assume their responsibilities – in line with international law – to provide necessary protection to Palestinian civilians' right to practice their religion, and to prevent practices that violate the sanctity of the Holy Al-Aqsa Mosque."

"This development of events is perceived with deep concern in Moscow. We strongly condemn attacks against civilians," it said in a statement. "We call on all parties to refrain from any steps fraught with the escalation of violence."

The European Union (EU) condemned violent clashes between Israeli police and Palestinians at the Al-Aqsa Mosque compound and urged authorities to calm tensions.

"Violence and incitement are unacceptable, and the perpetrators on all sides must be held accountable," a spokesman said in a statement.

"The European Union calls on the authorities to act urgently to de-escalate the current tensions in Jerusalem."

(Cover: Photo taken on May 7, 2021 shows scenes after clashes at the Al-Aqsa Mosque compound in East Jerusalem. /Xinhua)