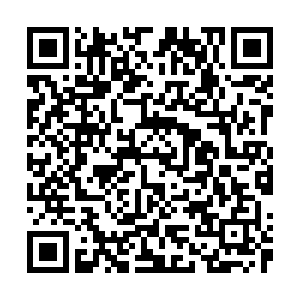 The percentage of keyword searches for Chinese brands surged to more than two thirds among all the searches on Baidu, up from only about one-third 10 years earlier, according to a report jointly released by the search engine and the Research Institute of People.cn. 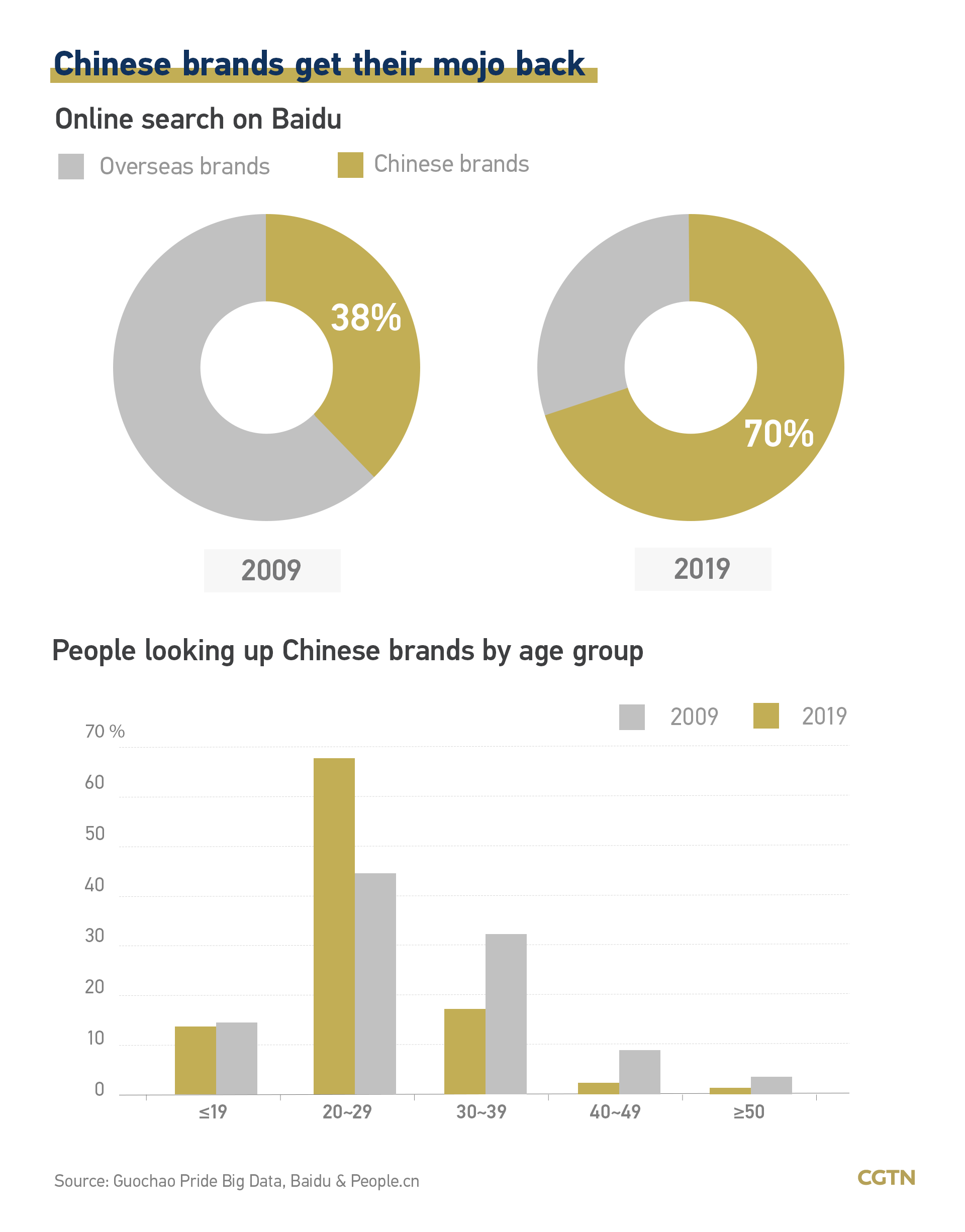 The trend is usually dubbed "guochao," or "Chinese fashion trend," which has driven demand for domestic brands and products that often incorporate Chinese traditional culture and style.

Unlike the older generations who could have attachment to Western culture and brands, Chinese youth were born and raised when the country's economy and wealth were taking off, catching up quickly with Western counterparts. The younger generation tends to have strong and genuine confidence in their national identity and traditional culture.

To woo young customers, these domestic names are making products with high quality and appeal by strengthening research and marketing efforts.

An often-cited case is Li-Ning, China's homegrown sportswear brand that is named after one of the nation's most famous athletes.

The company almost met its demise after a failed rebranding in 2011 – when it went through three consecutive years of losses after losing older customers while failing to attract younger buyers. Then by restructuring its business, clearing out inventory built up, closing underperforming stores and resorting to e-commerce, Li-Ning made a small profit in 2015.

It was not until the 2018 New York Fashion Week that the brand made its huge comeback. Its trendy look, bold use of color, and embedded traditional Chinese culture elements showcased on the stage, that it immediately grabbed attention at home and abroad. 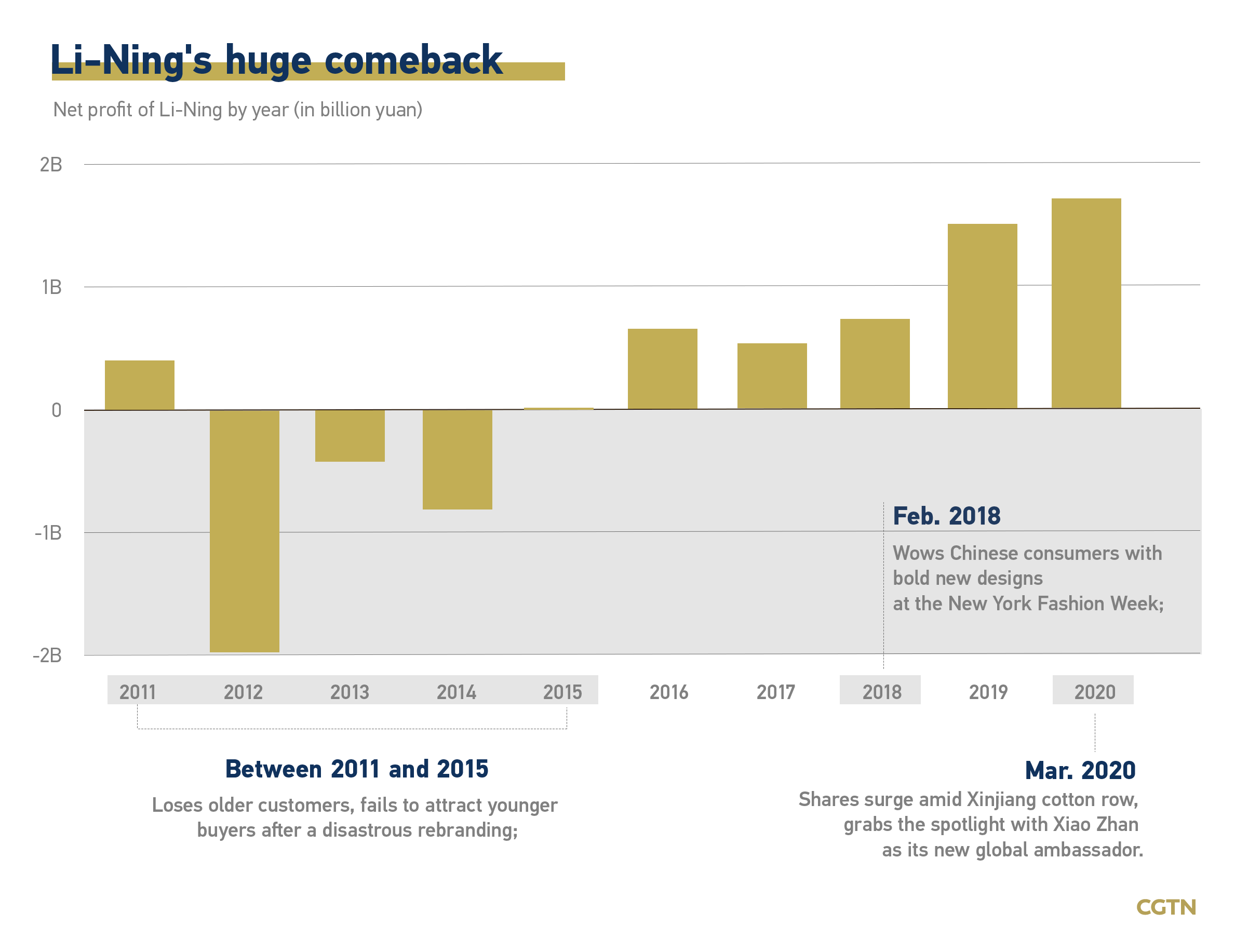 Last month, Li Ning even saw its sales on e-commerce platform Tmall surge by more than 800 percent, amid a slump in the popularity of Western brands that boycotted Xinjiang cotton citing "forced labor" allegations.

Many decade-old brands have reinvigorated themselves and made tremendous progress in connecting with young markets.

Their sales were then boosted by innovative marketing and sales tactics. 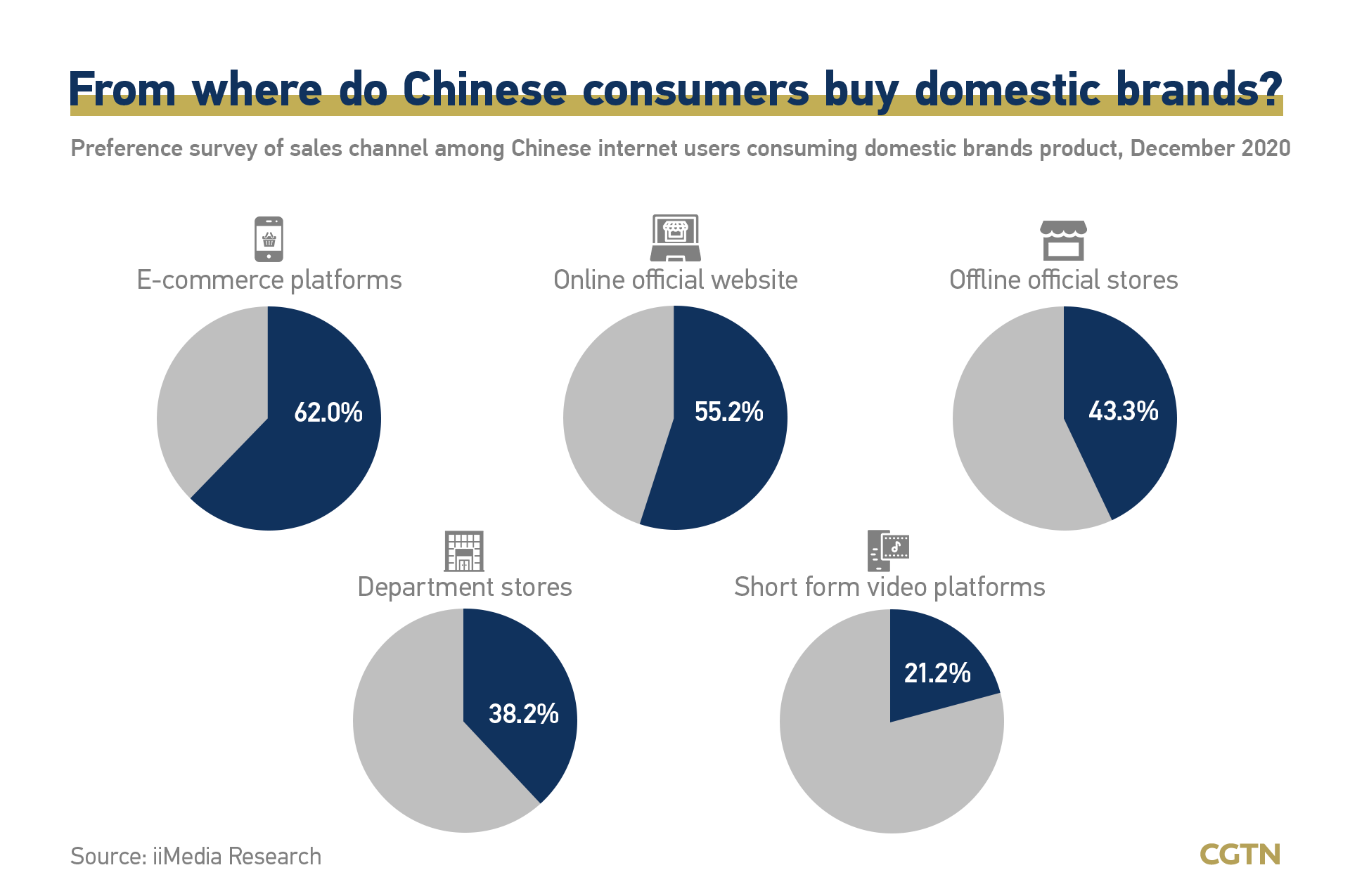 Pechoin, a Shanghai skincare brand founded in 1931, employed a variety of promotional strategies on digital channels to revamp its image, including game sponsorships, celebrity endorsements that enjoys a huge Generation Z fan base, co-branding, social-media campaigns and online promotions.

It launched a mobile ad in 2017 that swept the whole country, which staged an elegant Shanghainese female spy on a secret mission in 1931. It has since consolidated the leading share in China's skincare market.

There has also been a shift to invite online influencers to attract new audiences and consumers.

Established in 2017, Florasis soon became one of the top new Chinese beauty brands, largely due to its collaboration with top livestreamer Li Jiaqi to promote its products. Data shows that from January to February 2020, 80 percent of Florasis' revenue came from online sales – half of which came directly from Li's livestream sessions.

China's top beauty influencer Li Jiaqi: No makeup when I am offline

While many Chinese brands have been gaining significant market share at home in recent years, others are posting an increasingly stronger global presence.

But most of the brands still face plenty of challenges ahead to meet the sophisticated needs of customers and regulators in overseas markets; even geopolitical risks may stand in the way.