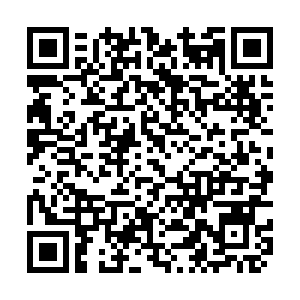 For years, China has been one of the world's largest markets for luxury watches.

Last year the market took in $2.6 billion worth of Swiss watches, up 20 percent from the year before. In comparison, every other market in the industry's top 20 – including the Hong Kong Special Administrative Region and the United States, recorded a double-digit decline during the same period.

China's almost 1.4 billion residents have been the biggest buyers of luxury watches for several years. Previously, most of the Chinese purchases had taken place outside the country, in places like Dubai, London and Singapore, where sales taxes are lower. But now, the pandemic has halted international travel. Chinese people have started to purchase Swiss watches on the internet.

According to Boston Consulting Group, around 70 percent of Chinese luxury spend used to happen in the overseas market. But in 2020, that figure fell to around 30 percent.

Last summer, a number of luxury watch brands, including the Richemont companies Montblanc, IWC and Piaget, opened stores on Tmall Luxury Pavilion, the Chinese online marketplace operated by Alibaba. Among them, Vacheron Constantin opened a store on Tmall Luxury Pavilion at the end of July. It used the store in August to introduce the 100-piece Malte Manual-Winding China Limited Edition watch. Other brands, such as Omega, turned to the Chinese social media app WeChat.

These changes showed the watchmakers are adapting their sales and marketing strategies. Julien Tornare, chief executive of the LVMH watch company Zenith, said China became No. 1 for Zenith in 2020, providing about 30 percent of the brand's sales. It showed China has been critical in helping these companies cover business losses during the pandemic.

In fact, Swiss watches are just the epitome of the fervent luxury spend in China. The country's middle class is now spending more to upgrade their lifestyles. According to a report from global consultancy firm Bain & Company, luxury consumption in the Chinese mainland is expected to reach 48 percent annual growth for 2020. And China is projected to become the world's largest luxury market by 2025. Despite the pandemic, wealthy Chinese still splurged on jewelry, leather goods and fine liquor.

China's economy today is driven more by domestic consumption than exports. Even amid the epidemic, final consumption accounted for nearly 55 percent of GDP last year, indicating that consumption is still the cornerstone of the country's economy.

Entering 2021, momentum is even stronger. First-quarter retail sales jumped 34 percent from a year ago to 10.5 trillion yuan ($1.6 trillion). Meanwhile, imports grew by more than 38 percent in March compared to a year earlier, an indication that a consumption recovery is taking place.

This is why the International Consumer Products Expo comes at the right time. Hainan Province is being promoted as a domestic destination that blends the tropical ambiance of Bali with the shopping allure of New York. Through the expo, global products and services are going to better meet the needs of China's middle class, and reciprocally, Chinese consumers are going to facilitate the country's economy to make its shift, while helping the global economy to get back on track.