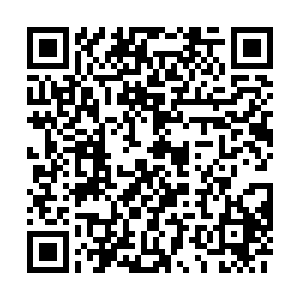 Japanese Prime Minister Yoshihide Suga said on Monday that he has never "put the Olympics first," on the same day an opinion poll showed that nearly 60 percent of people in Japan want the Olympics canceled less than three months before they begin.

Japan has extended a state of emergency in Tokyo until the end of May and is struggling to contain a surge in COVID-19 cases, raising further questions about whether the Games should go on. Its vaccination rate is the lowest among wealthy nations.

International Olympic Committee (IOC) officials, Tokyo Olympics organizers and Suga himself have insisted that the Games will go on in "a safe and secure" way. Foreign spectators have been barred and planners issued an elaborate playbook of rules last month aimed at preventing coronavirus infections.

But a public opinion survey, conducted from May 7 to May 9 by the Yomiuri Shimbun daily, showed that 59 percent wanted the Games canceled as opposed to 39 percent who said they should be held. Postponement was not offered as an option.

Another poll conducted at the weekend by TBS News found that 65 percent wanted the Games canceled or postponed again, with 37 percent voting to scrap the event altogether and 28 percent calling for another delay. More than 300,000 people have signed a petition to cancel the Games in roughly five days since it was launched. 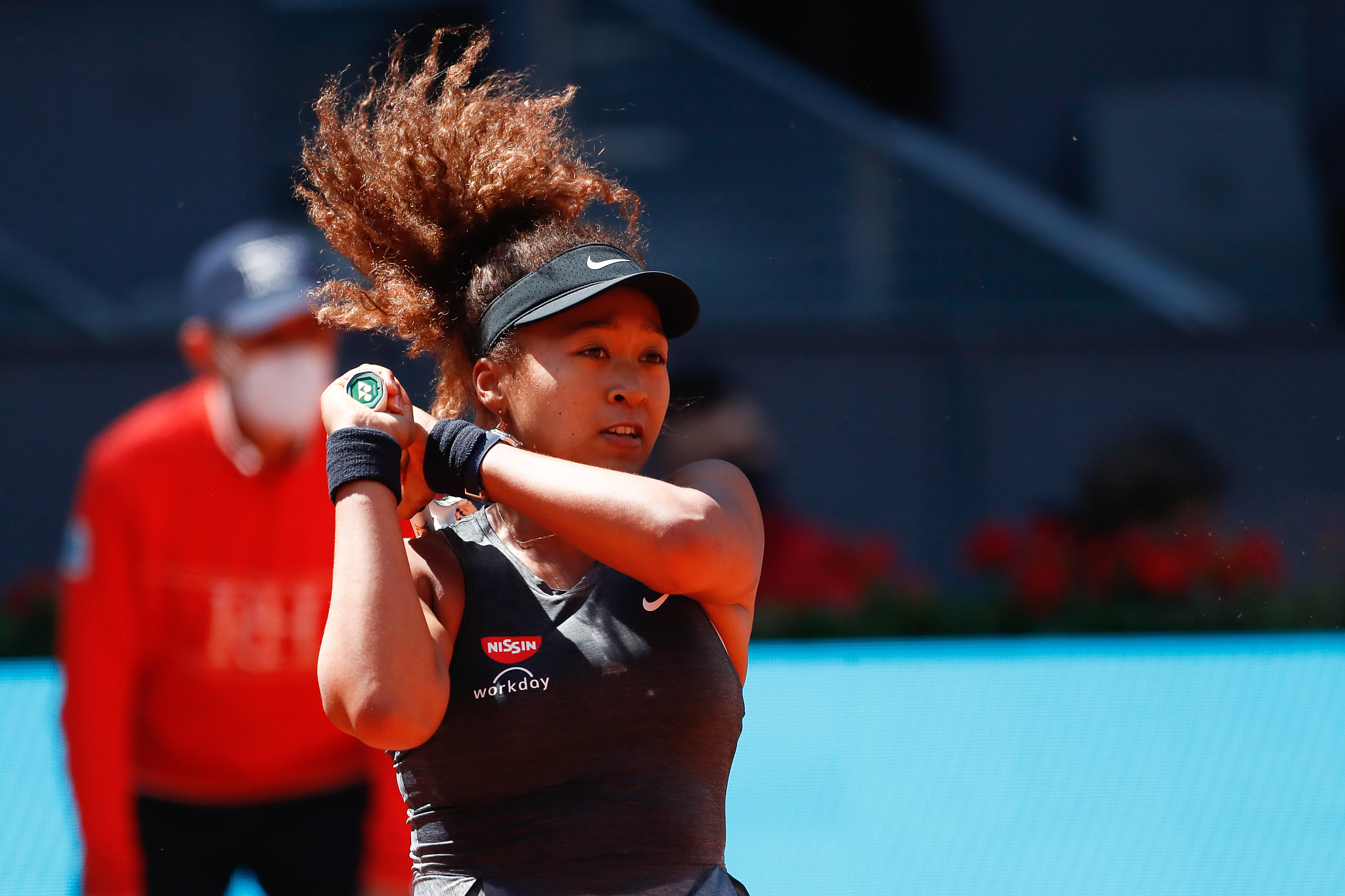 Naomi Osaka of Japan in action during the Madrid Open tennis event in Madrid, Spain, May 2, 2021. /CFP

Naomi Osaka of Japan in action during the Madrid Open tennis event in Madrid, Spain, May 2, 2021. /CFP

Tennis player Naomi Osaka said on Sunday that while she has spent her entire life waiting to compete at the Olympics, the risks of holding the Tokyo Games amid the raging COVID-19 pandemic should continue to be carefully discussed.

Osaka, the world No.2 women's player and one of Japan's top athletes, said staging the Games should remain a topic of discussion as long as the subject was "making people very uncomfortable."

"Of course, I want the Olympics to happen, but I think there's so much important stuff going on, especially the past year," she told a news conference ahead of the Italian Open. "A lot of unexpected things have happened.

"For me, I feel like if it's putting people at risk ... then it definitely should be a discussion, which I think it is as of right now. At the end of the day I'm just an athlete, and there is a whole pandemic going on, so, yeah."

Osaka, who won both the U.S. Open and Australian Open twice at the age of 23, said she had already been vaccinated against COVID-19.

"There is going to be a lot of people entering the country so they definitely have to make the right decisions on that," she said. 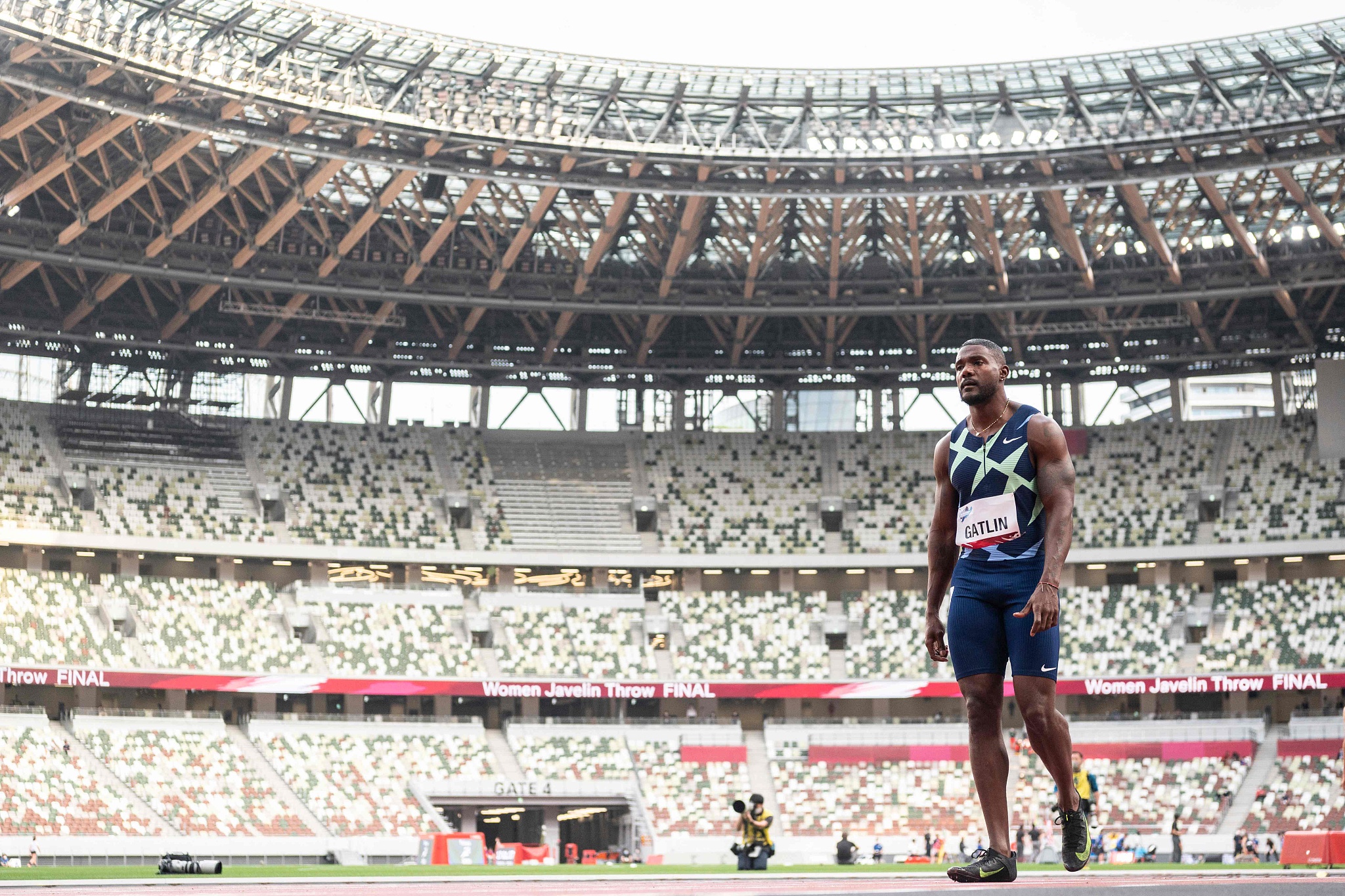 U.S. sprinter Justin Gatlin prepares to compete in a heat of the men's 100 meters during an athletics test event for the Tokyo Olympics at Japan's National Stadium in Tokyo, May 9, 2021. /CFP

U.S. sprinter Justin Gatlin prepares to compete in a heat of the men's 100 meters during an athletics test event for the Tokyo Olympics at Japan's National Stadium in Tokyo, May 9, 2021. /CFP

Hundreds of athletes, including U.S. sprinter Justin Gatlin, participated in a test event at the Olympic Stadium on Sunday, as Games organizers fine-tuned operations and COVID-19 countermeasures with less than three months to go before the Tokyo Games.

Sunday's event was split into morning and evening sessions testing a range of competitions from the shot put and triple jump to the pole vault, javelin and the various running disciplines.

No spectators were present in the stadium, where the Games' opening and closing ceremonies will be held, as Tokyo remains under a state of emergency to tame a rise in coronavirus infections. 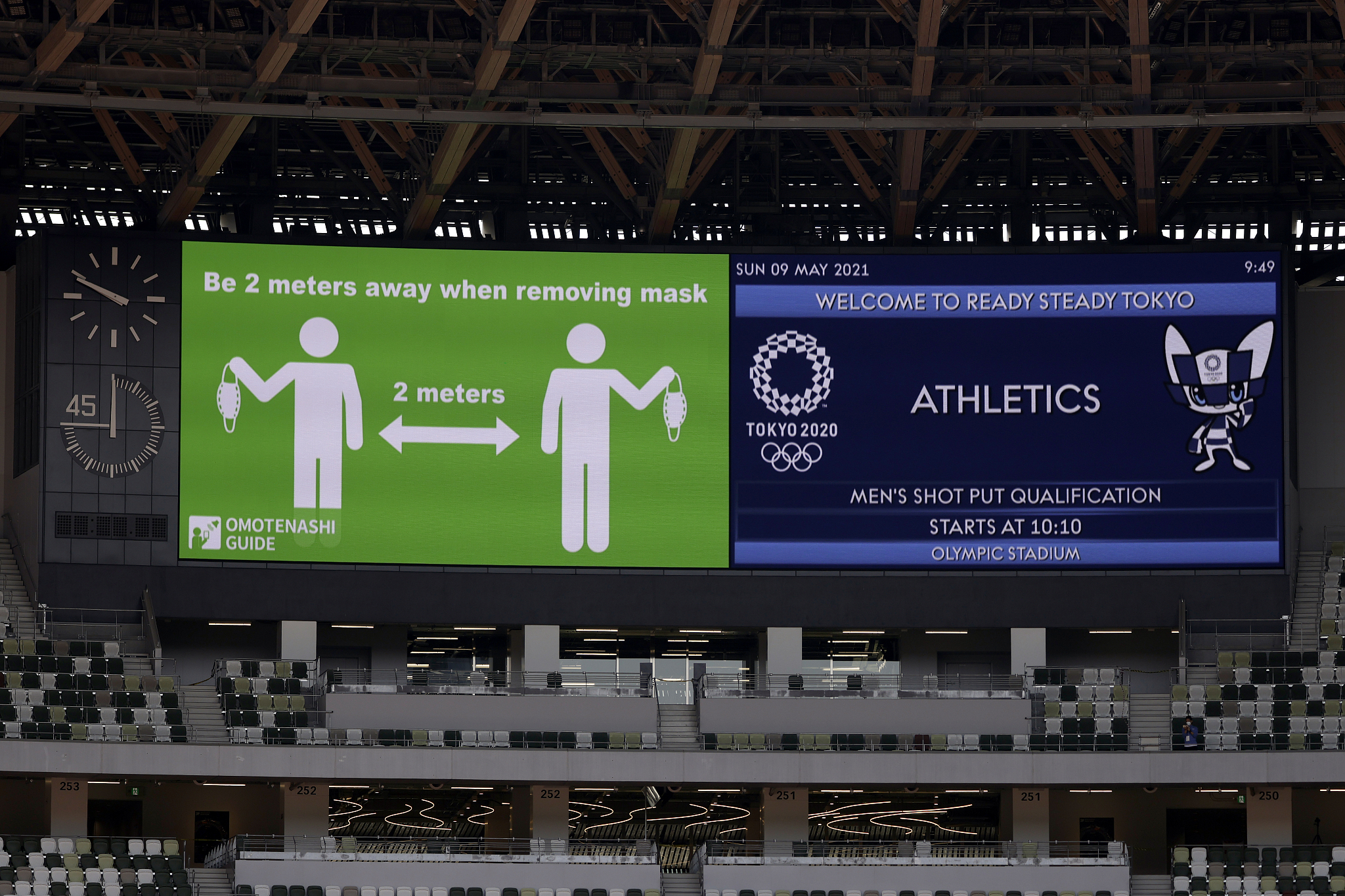 Social distancing signs appear on the big screen during the Tokyo Olympics athletics test event at Japan's National Stadium in Tokyo, May 9, 2021. /CFP

Social distancing signs appear on the big screen during the Tokyo Olympics athletics test event at Japan's National Stadium in Tokyo, May 9, 2021. /CFP

The event involved 420 athletes, including nine who came from abroad to participate, with 2004 Olympic gold medalist Gatlin winning the 100 meters.

Despite the state of emergency, organizers have operated more than 11 test events since last month with no reported coronavirus cases resulting from them.

Four of those of events – volleyball, diving, marathon and Sunday's athletics – included athletes from abroad.

Gatlin said he was satisfied with the COVID-19 protocols, including daily testing and eating all his meals in his room.

"I think it was a success." 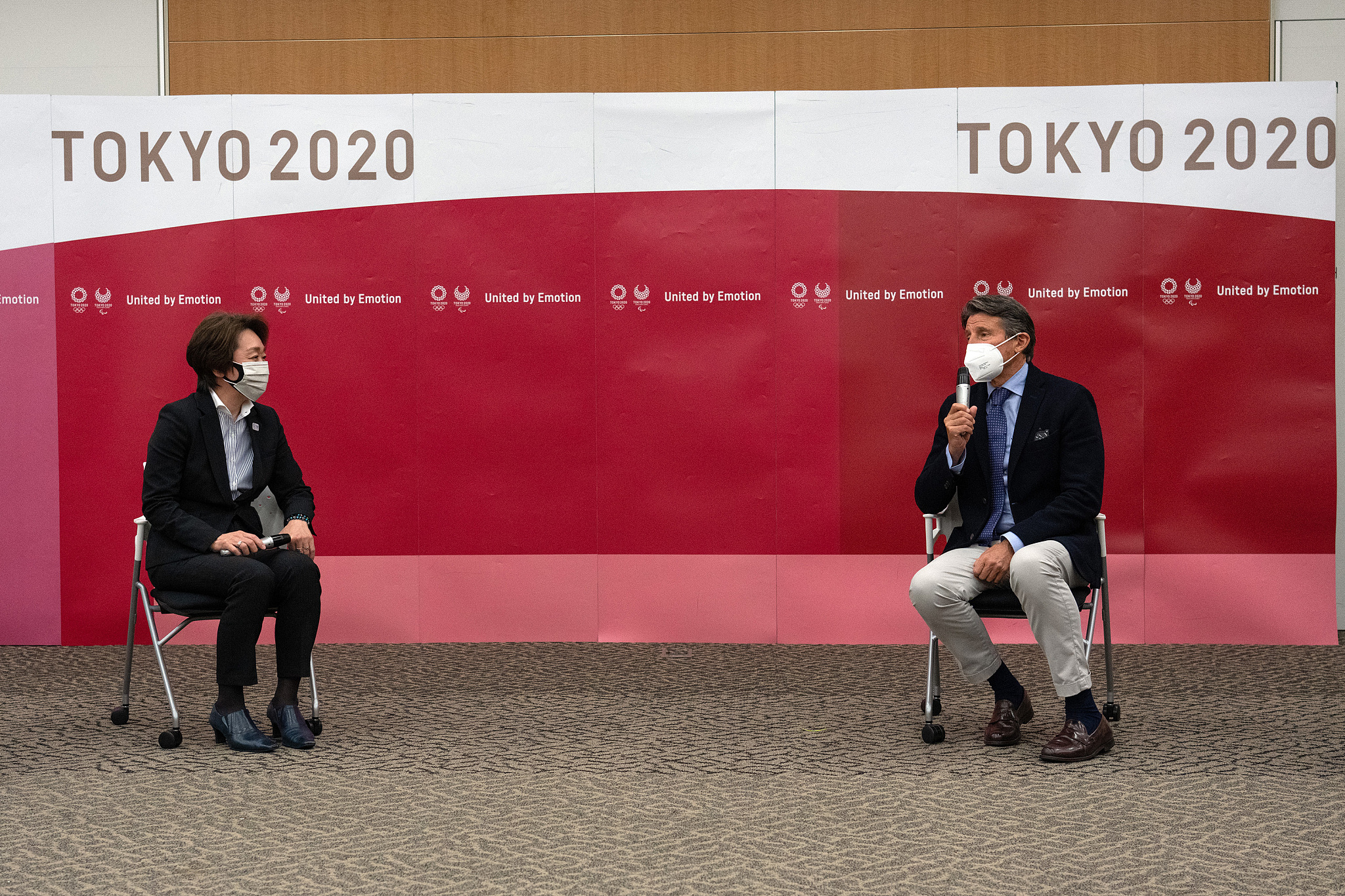 Opinion surveys have shown that most Japanese oppose holding the Games this summer due to worries about the pandemic.

"I think that it will also act as a beacon of hope and optimism in a world that I hope is soon moving back to some type of normalcy," said the Brit, who arrived in Tokyo five days ago for his second visit in six months.

"We take those concerns very, very seriously. The COVID-19 protocols, particularly that World Athletics have developed over the last year and a half by our health and science teams who are extremely good at this, have consistently helped deliver events in a safe and secure environment."

Many athletes have said they want the Games to go forward.

"People are really worried about people coming from overseas as coronavirus variants are spreading, but as an athlete, I want the Olympics to be held with people from various countries running," said Suzuha Kobari, after participating in the women's 100 meters in the morning session.

Japanese rhythmic gymnast Nanami Takenaka said at a separate test event the previous day that she understood there were opposing views, but that gave her team an extra reason to bring cheer through their performances.

"We'll focus on the things that we can do, and when the Olympics are held, we want to give our best performance so that people can smile and feel glad they took place," she said.