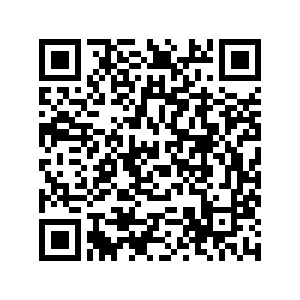 China's producer price index (PPI), which measures costs for goods at the factory gate, saw a more than expected year-on-year increase of 6.8 percent in April, according to the National Bureau of Statistics (NBS) on Tuesday.

The figure beat the average forecast of 6.2-percent increase by 15 institutions, where CITIC Securities had predicted the high end of a 6.9-percent rise in April PPI, while China Merchants Securities had expected it to rise by only 4.6 percent year on year.

"The sharp rise in PPI inflation was boosted by a low base and the continued rise in commodity and raw material prices, as a result of recovering global demand and a wide range of supply constraints," Lu Ting, chief China economist at Nomura told CGTN.

Lu expected PPI inflation to exceed 7 percent year on year in May, as commodity prices have powered ahead in early May. 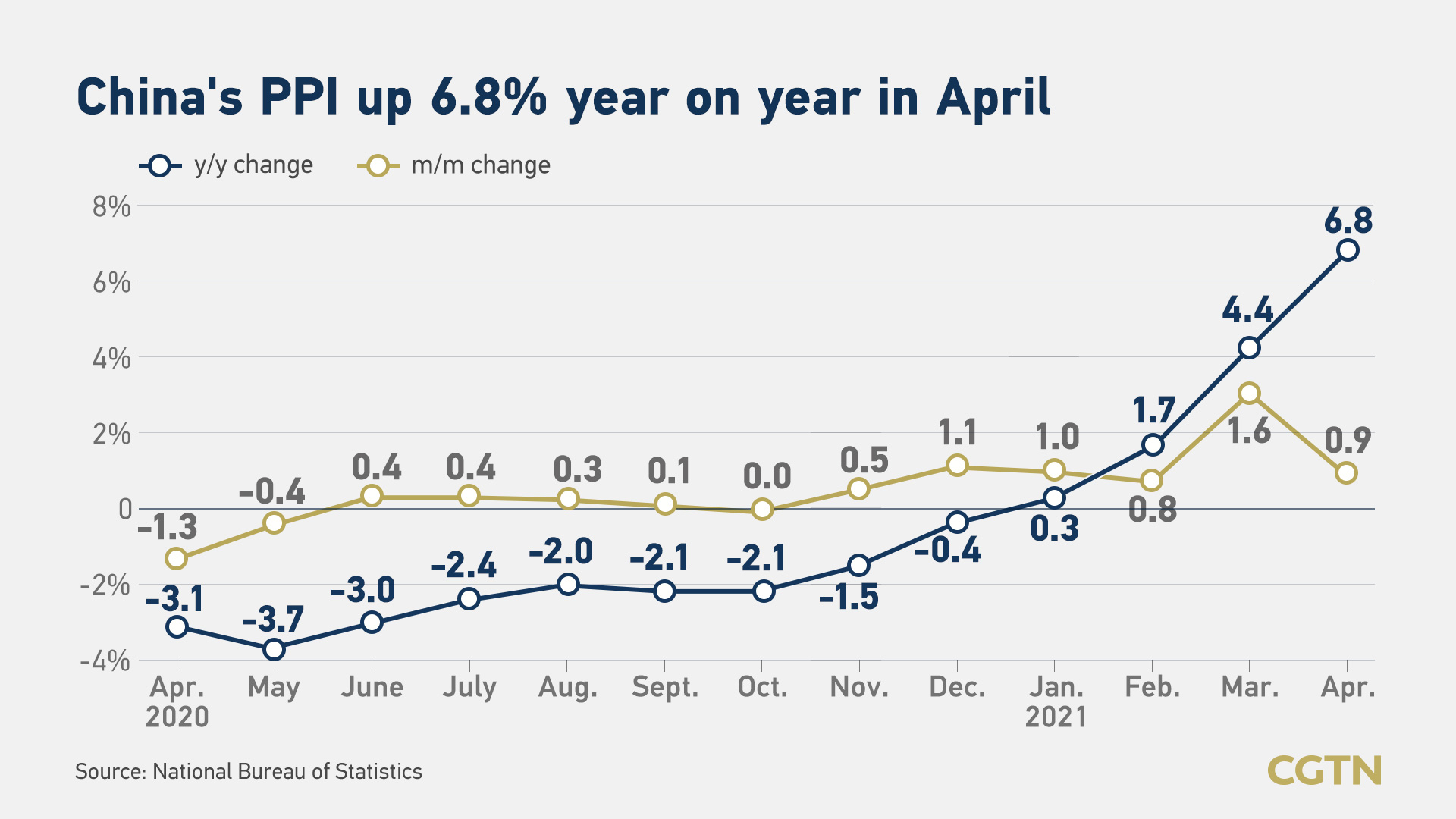 The consumer price index (CPI), the main gauge of inflation, according to the NBS, posted a year-on-year increase of 0.9 percent in April.

The April CPI met the average forecast by 15 institutions, data from the Wind Financial Terminal showed.

Per details, food prices continued to fall on a yearly and monthly basis by 0.7 percent and 2.4 percent, respectively. The decline narrowed by 1.2 percentage points compared to March.

CPI inflation remained low in April partly due to a decline in pork prices, Lu said.

Pork prices fell by 21.4 percent, the largest fall in food categories on a year-on-year basis.

"With the continuous recovery of live pig production and the drop in consumer demand, pork prices continue to fall," said Dong Lijuan, a senior statistician with the NBS. 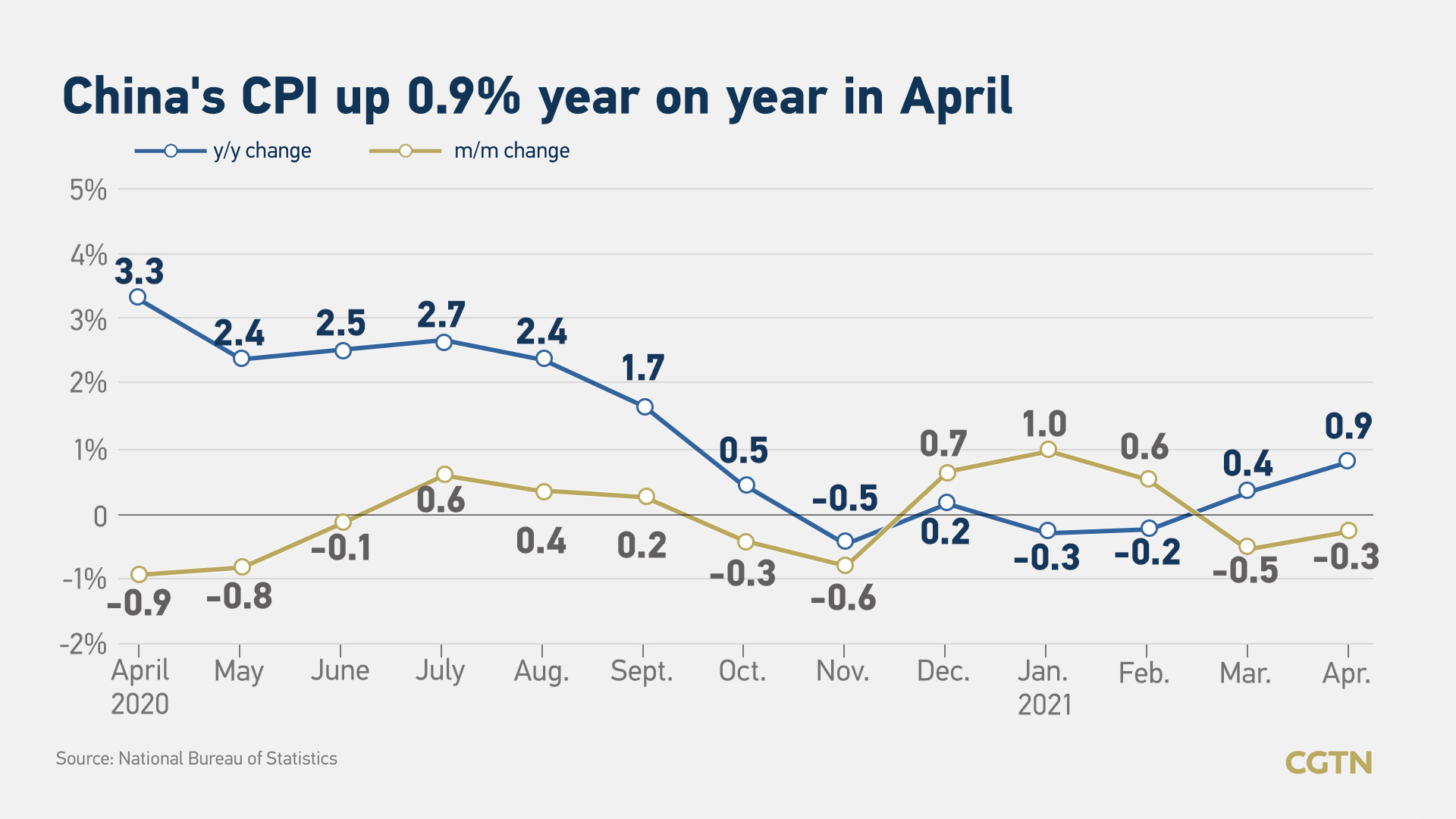 "As rising PPI inflation is passed through to CPI inflation, especially the non-food part, and as base effects remain favorable, we expect headline CPI inflation to jump to around 1.8 percent year on year in May," Lu said.

Domestic industrial production recovered steadily while prices of international bulk commodities, such as iron ore and non-ferrous metals, went up, causing prices in the production sector to rise, said Dong.

Affected by the base effect in the same period last year due to COVID-19, the price increase of major industries has expanded, of which oil and natural gas extraction industry saw the highest increase of 85.8 percent year on year, she added.

"The rapid rise of commodity prices pushed up PPI but the impact on CPI was to a large extent offset by the weakening food prices, particularly pork price," Zhang Zhiwei, chief economist of Pinpoint Asset Management, told CGTN.

"We expect CPI will continue to rise but it will likely stay below the government target of 3 percent for the rest of this year," he added.

Lu said that the Chinese central bank is unlikely to tighten policies to control PPI inflation, but it could make some necessary upward adjustments to its credit growth targets so that credit growth can match nominal GDP growth.