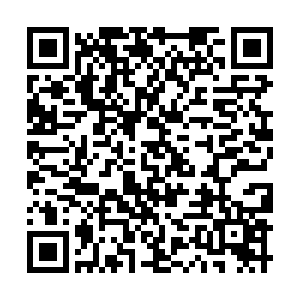 The U.S. policy towards China is "a losing game" with "no plan beyond an aggressive opening," said former U.S. Assistant Secretary of Defense for International Security Affairs Chas W Freeman Jr. in a presentation at the Washington Institute of Foreign Affairs on February 11.

Washington saw China as a threat to U.S. military primacy and sought to contain it. But "the principal challenge that China presents is not military but economic and technological," said a digest piece published by the East Asia Forum on May 10 based on Freeman's observations.

The U.S. is using China as the antidote to its "post-Cold War-enemy-deprivation syndrome" and "a gratifying driver of U.S. defense spending," said the article, adding "There are U.S. aircraft and ships aggressively patrolling China's borders, but no Chinese aircraft and ships off America's coast."

In order to contain China, Washington developed some well-founded complaints about Chinese economic behavior and waged a trade war. However, the policy delivered a toll on the U.S. economy.

The article pointed out: "U.S. farmers have lost most of their $24 billion Chinese markets. U.S. companies have had to accept lower profits, cut wages and jobs, defer wage hikes, and raise prices for American consumers. The U.S. shift to managed trade has cost an estimated 245,000 American jobs while shaving about $320 billion off GDP."

Meanwhile, China's overall trade surplus rose to a new high of $535 billion in 2020.

China has also been investing in education and technology in "stride," said the article.

It is investing eight percent more each year in education. China already accounts for a quarter of the world's STEM workforce. Its science investment is almost on par with that of the United States and rising at an annual rate of 10 percent as America's falls.

Freeman also suggested that the U.S. needs to "cooperate with China to reform global governance and address global problems of common concern like the mitigation of environmental degradation, pandemics, nuclear proliferation, global economic and financial instability, global poverty, and standards for new technologies."