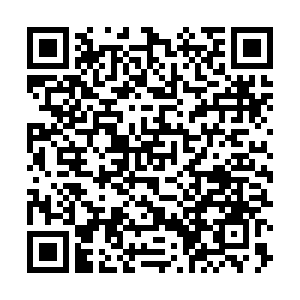 The year of 2020 brought one of the toughest tests in modern history as a deadly pandemic wreaked havoc across the world, turning people's lives upside down. China, the world's most populous country, quickly waged a "people's war" against COVID-19 and vowed to protect the people's life and health at all costs.

To put the people first is nothing new in China.

Our Party and people stand together, and keep flesh-and-blood ties, which is the basic guarantee of the Party in overcoming all difficulties and risks. As the saying goes, 'He who wins over the people wins the country; he who loses the people loses the country.'
-  Chinese President Xi Jinping on July 1, 2016.

"He who wins over the people wins the country; he who loses the people loses the country" is a classic quote first recorded in the Book of Rites (Li Ji), one of the Five Classics of the Confucian canon.

More than 2,000 years later, the wisdom remains relevant – one only has to look at China's handling of the novel coronavirus outbreak for proof. As it became apparent that the country was facing a public health emergency, the Chinese government led the efforts to steer the country and its people out of danger.

Its message was loud and clear: People always come first.

The main battle against COVID-19 unfolded in central China's Hubei Province and its capital Wuhan City. The nation mobilized its best doctors, equipment and resources there, with the cost of all treatment covered by the government.

Read more: How China mobilizes the whole country to contain the virus

Over 42,000 medical workers were sent to Hubei from across China. Two special-purpose hospitals – Huoshenshan and Leishenshan – were built, along with dozens of temporary hospitals in Wuhan to meet the needs of patients.

To help other cities in Hubei, China launched a "pairing-up support" plan, mobilizing the other provincial-level regions to pair up with communities across the province.

On March 10, 2020, President Xi inspected Wuhan, the epicenter of the COVID-19 outbreak in China. He visited patients, listened to medical staff and community workers and spoke to police officers, military personnel and local officials who were at the frontline. He also emphasized the importance of relying on the public to win the people's war against the virus.

"So I just don't think there's any way to deal with the pandemic without having this massive amount of civic engagement to make sure that everyone was okay. I don't see how anyone can do a lockdown, like in Western countries, without having that kind of infrastructure," he added.

Rising from the ashes

During President Xi's Wuhan visit, he said "the heroic people of the heroic city would definitely defeat COVID-19, rise from the ashes and make more glorious achievements in a new era."

All the efforts have paid off and Xi's expectations have come true. After 76 days of persistence and sacrifices, Wuhan ended its lockdown and things began returning to normal in the city.

Wuhan's GDP grew by 58.4 percent in the first quarter of 2021 and the city reported a year-on-year increase of 92.2 percent in its foreign trade during the same period.

China was hit hard by COVID-19, but it moved quickly to bring the epidemic under control. Now the country is pulling ahead in the global economic recovery. Its economy grew 18.3 percent year on year in the first quarter of 2021.

But China is not letting its guard down. It is stepping up its vaccination drive: more than 342.7 million doses of COVID-19 vaccines had been administered across China as of May 11, according to the National Health Commission.

The Chinese Center for Disease Control and Prevention has said the country plans to vaccinate 70 to 80 percent of its population by the middle of next year.