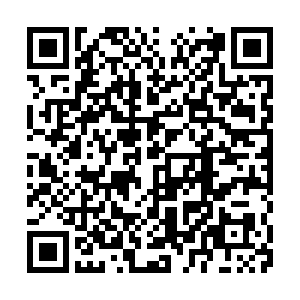 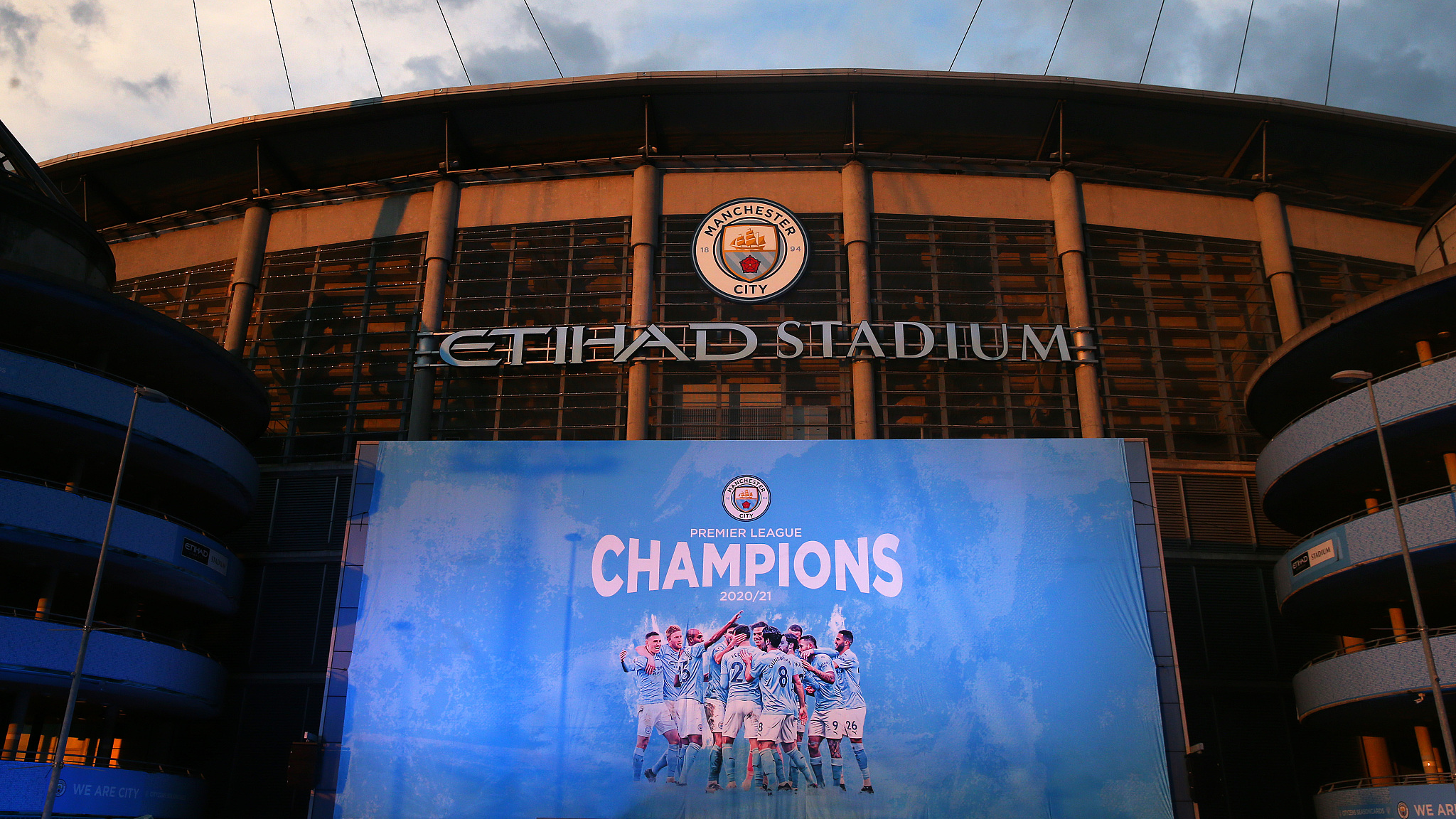 A champions banner is seen outside Etihad Stadium as Manchester City fans celebrate winning the Premier League title in Manchester, England, May 11, 2021. /CFP

A champions banner is seen outside Etihad Stadium as Manchester City fans celebrate winning the Premier League title in Manchester, England, May 11, 2021. /CFP

Manchester City were crowned Premier League champions for the third time in four seasons after Manchester United crashed to a 2-1 defeat against Leicester on Tuesday.

Pep Guardiola's side are 10 points clear of second placed United and have wrapped up the title with three games to spare.

In the midst of a grueling run of three games in five days, United Manager Ole Gunnar Solskjaer effectively handed the title to arch rivals City by picking a weakened team with 10 changes.

Caglar Soyuncu's towering header in the 66th minute ensured City could pop the champagne corks for a title party that has seemed inevitable for months.

City were denied the chance to celebrate on Sunday when Chelsea won 2-1 at the Etihad Stadium, while United kept them waiting with a victory at Aston Villa on Sunday.

But the delay was only temporary and City, who also won the League Cup in April, can finally savor a title triumph that is all the sweeter given the obstacles they have overcome this term.

"This has been a season and a Premier League title like no other. This was the hardest one," Guardiola said.

"We will always remember this season for the way we won. I am so proud to be the manager here and of this group of players.

"They are so special. To come through this season, with all the restrictions and difficulties we've faced, and show the consistency we have is remarkable. It is relentless."

Treble-chasing City's seventh top-flight title could be the prelude to an even greater triumph on May 29 when they face Chelsea in their first ever Champions League final.

Drained by the late finish to last season and ill-prepared due to the subsequent lack of a proper pre-season, City were slow out of the blocks.

After a dismal 1-1 draw against lowly West Bromwich Albion in December, City had won just five of their opening 12 Premier League games.

It was the worst start to a season of Guardiola's managerial career, prompting the Spaniard in the startling admission that he didn't like his team.

A coronavirus outbreak in the squad added to Guardiola's problems in December.

Having surrendered the title meekly to Liverpool the previous season, it seemed City were heading for a period of regression.

But Guardiola masterminded such a superb recovery that City turned the title race into a procession, giving him three Premier League crowns to go with three La Liga trophies with Barcelona and three at Bayern Munich in the Bundesliga.