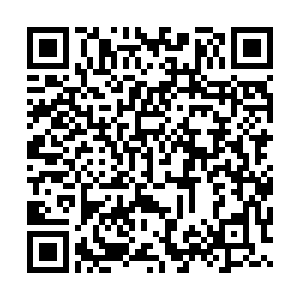 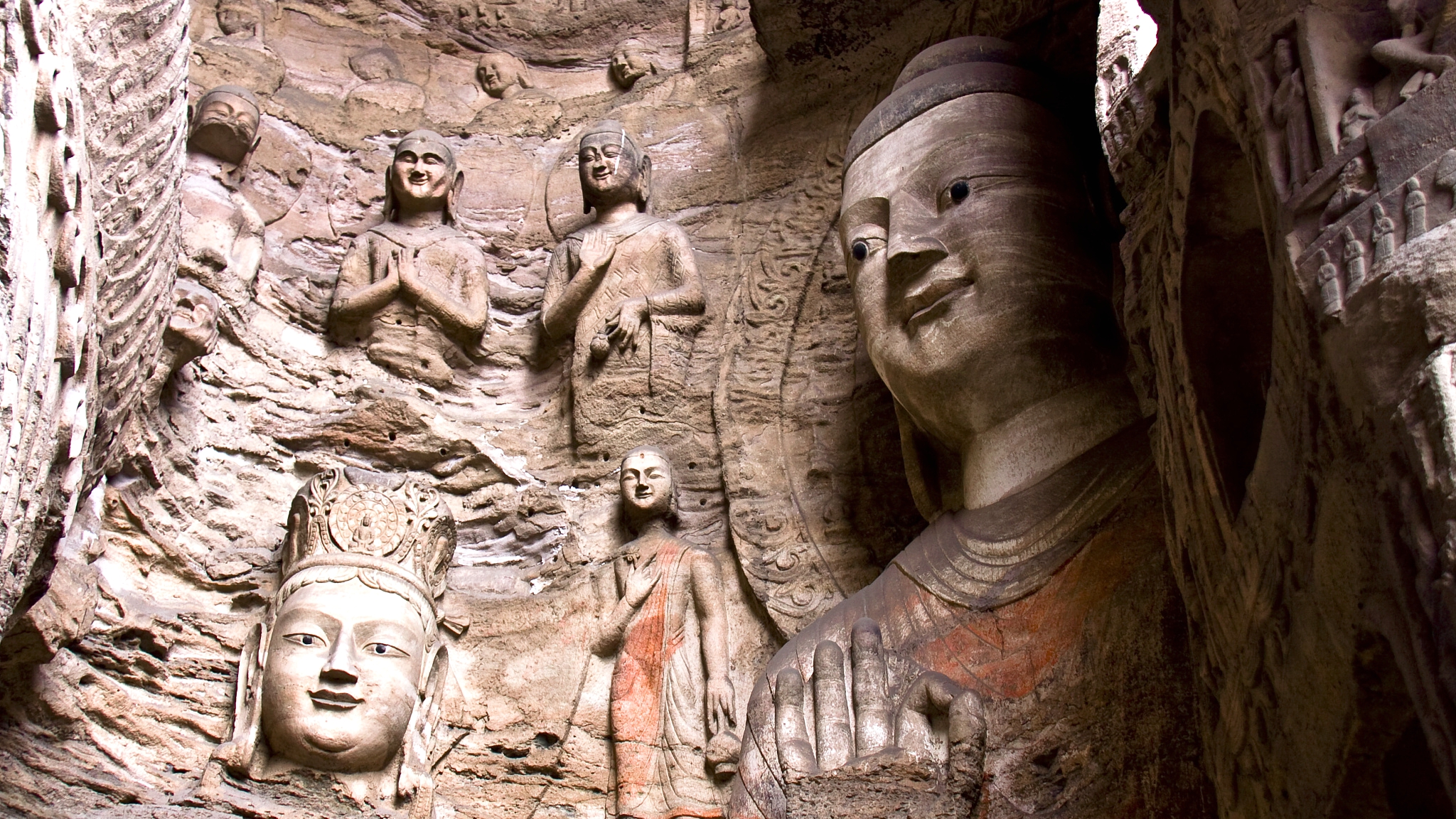 Using three-dimensional (3D) laser scanning and multiplanar reconstruction, the Yungang Grottoes Research Institute is working to capture the shapes, colors and other fine details of the grottoes to create millimeter-level digital archives for future study and preservation.

The research institute has also established an advanced computing center capable of performing 234 trillion calculations per second to store and process the huge amounts of data generated during the 3D scanning of the Buddhist caves. 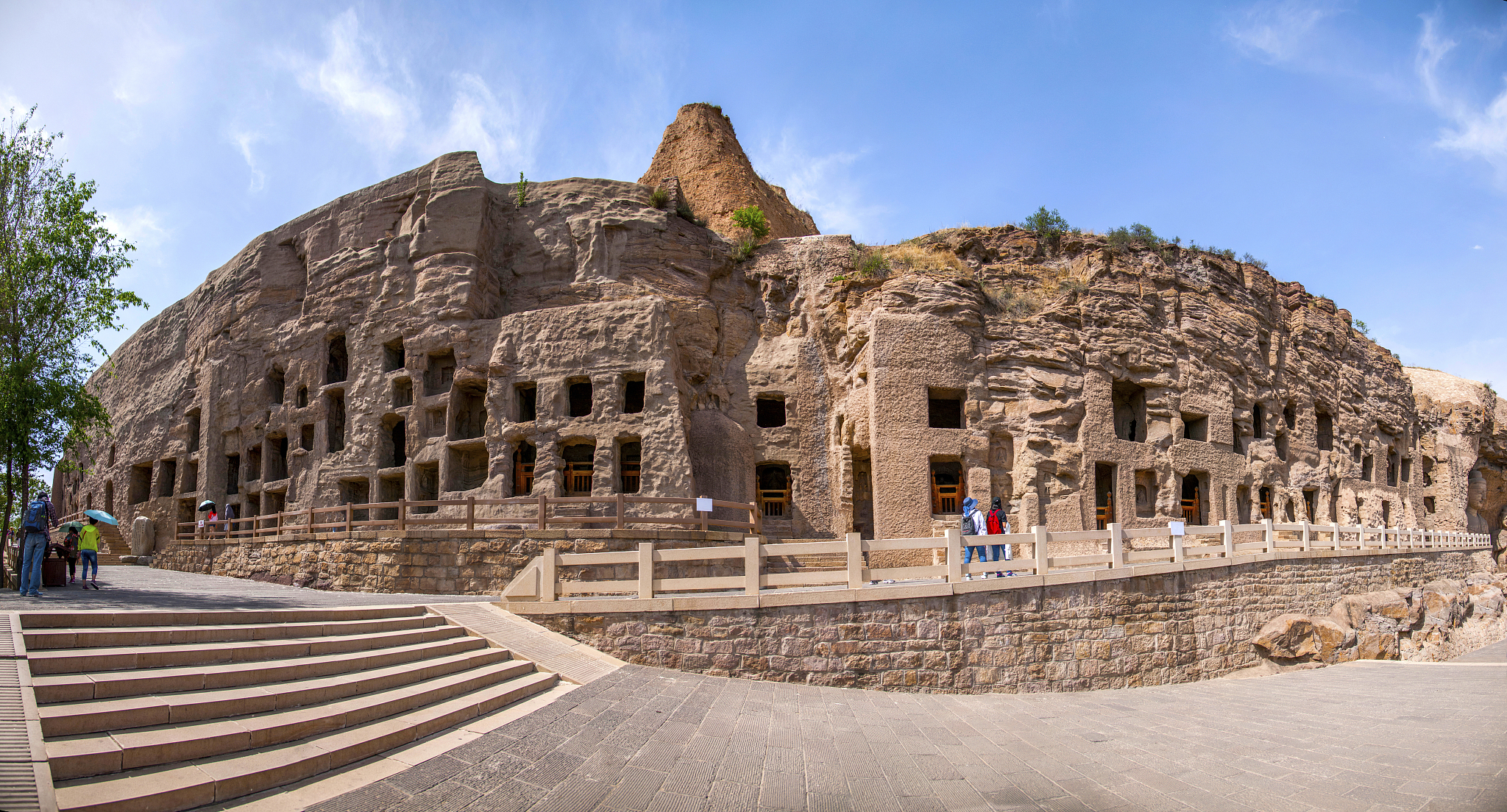 The Yungang Grottoes boast 45 major caves and over 59,000 statues in the city of Datong, north China's Shanxi Province. /CFP

The Yungang Grottoes boast 45 major caves and over 59,000 statues in the city of Datong, north China's Shanxi Province. /CFP

It takes a whole day to collect the 3D data of a two-meter-high statue, according to Wang Chao, a member of the digitization team, not to mention the multi-image reconstruction in further digitization.

"Generally speaking, we need to take about 1,000 photos from multiple angles to obtain its 3D statistics, which is a large quantity," Wang said.

Meanwhile, workers are restoring the walls of Cave No. 38, 39 and 40 in the western part of the site, which is plagued by weathering.

"We are racing against time, hoping to thoroughly preserve our precious cultural heritage as soon as possible," said Ning Bo, leader of the digitization team. 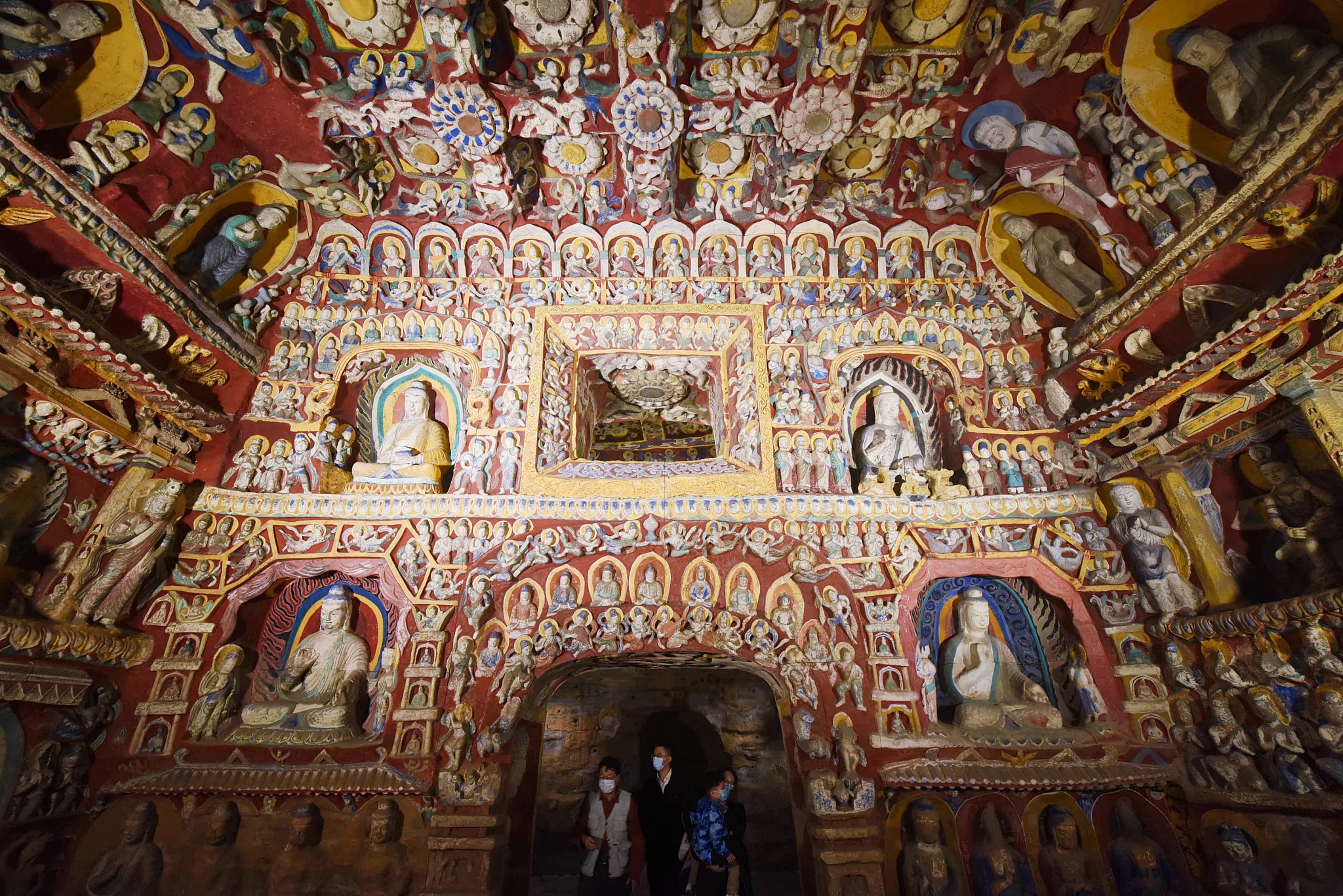 A full-size reproduced cave from the 1,500-year-old Yungang Grottoes is exhibited in a museum in Hangzhou, east China's Zhejiang Province, November 3, 2020. /CFP

A full-size reproduced cave from the 1,500-year-old Yungang Grottoes is exhibited in a museum in Hangzhou, east China's Zhejiang Province, November 3, 2020. /CFP

Researchers started exploring the digitization of the Yungang Grottoes in 2003, trying to permanently preserve its valuable cultural relics and historical documents through digital technologies.

Digitization is just one of a series of technological methods adopted by the research institute to promote the conservation and modernization of the grottoes, the team said, adding that a series of comprehensive measures will be taken in the future.

The Yungang Grottoes boast a total of 254 caves of various sizes and more than 59,000 Buddha statues. With a grotto complex stretching about one kilometer from east to west, it is one of the largest ancient grottoes in the country.