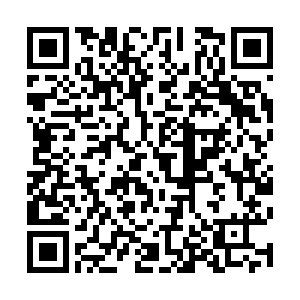 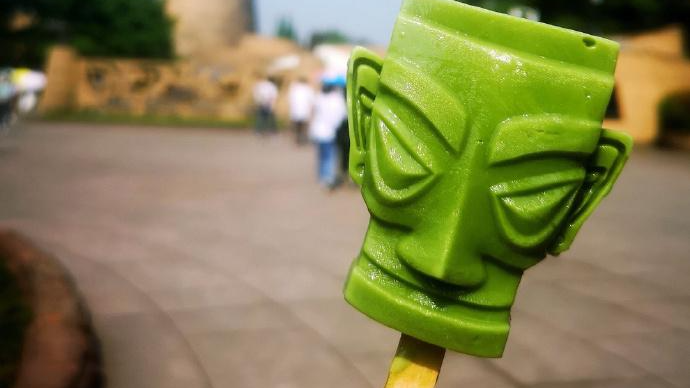 Temperatures are rising across China and a hot-weather trend is making a comeback: popsicles shaped like cultural markers.

The May Day holiday has seen crowds thronging scenic spots and historical sites in search of a bite of culture, and in some places, visitors got just that.

At the Sanxingdui Museum in the southwestern province of Sichuan, where an ongoing archeological dig has unveiled a trove of ancient treasures, tourists can sink their teeth into lollies that look like the unique-shaped bronze masks retrieved from sacrificial pits at the site.

The two offerings, called "Bronze Taste" and "Taste of Earth," are flavored with matcha and chocolate. These creations have been selling like hot cakes with over a 1,000 pieces snapped up on May 1.

Other varieties are reportedly in the pipeline and will hit the market in a delectable selection of flavors, including lime and strawberry.

In the sweltering summer heat, or the dead of winter, nearly everyone in China screams for ice cream. China's domestic market, the largest in the world, was worth 138 billion yuan ($21.3 billion) in 2019, according to research company ChemLinked. 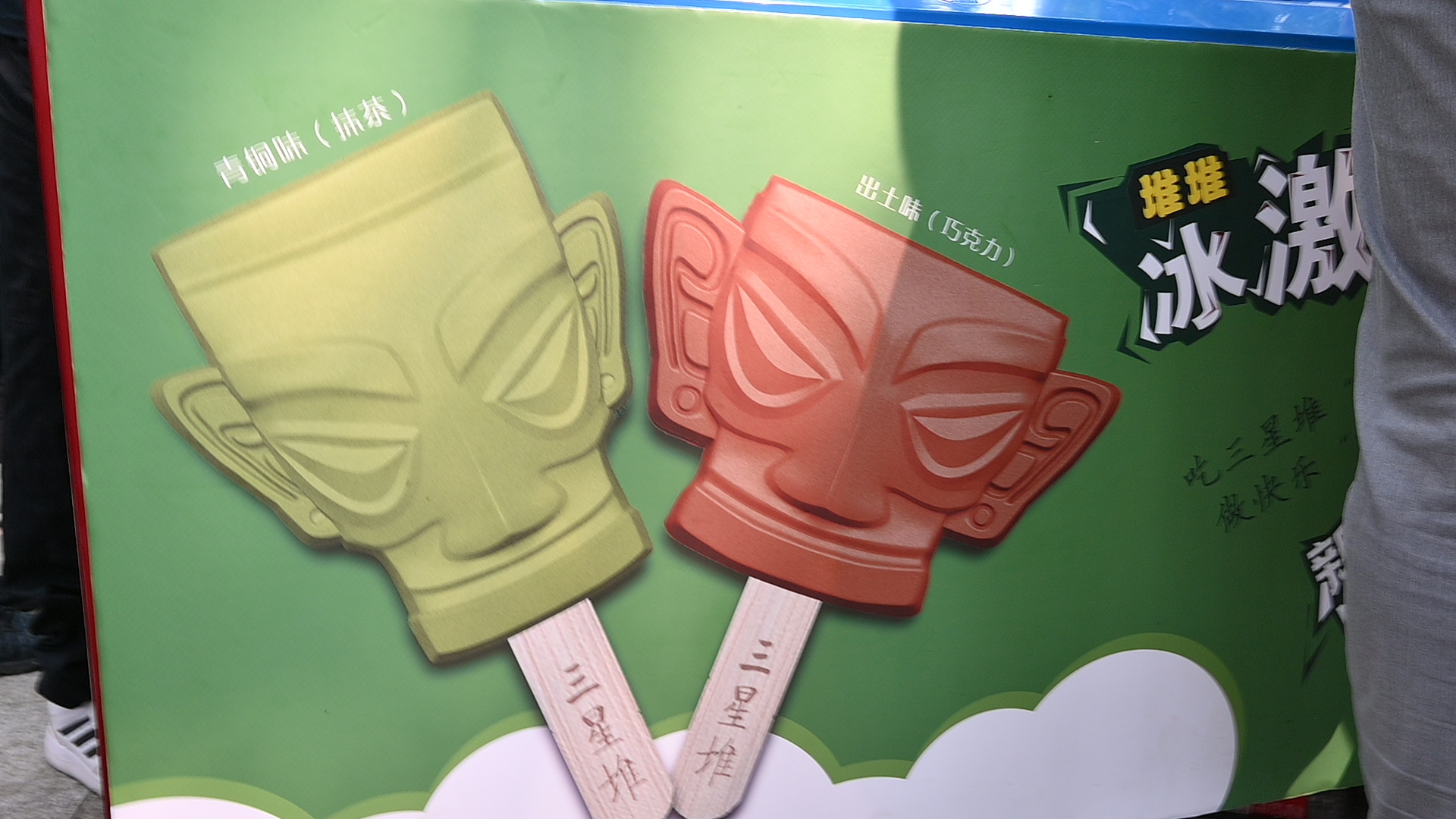 The latest additions are two popsicles shaped like the bronze masks retrieved from the Sanxingdui sacrificial pits in southwest China's Sichuan Province. /CFP

The latest additions are two popsicles shaped like the bronze masks retrieved from the Sanxingdui sacrificial pits in southwest China's Sichuan Province. /CFP

Tastes have changed over the years with the majority now seeking healthy treats that satisfy sugar cravings without the bitter aftertaste of guilt. Bold, and at times bizarre, flavors are also being churned out – from egg yolk to meat floss and squid ink – as manufacturers compete over who takes novelty to new extremes. 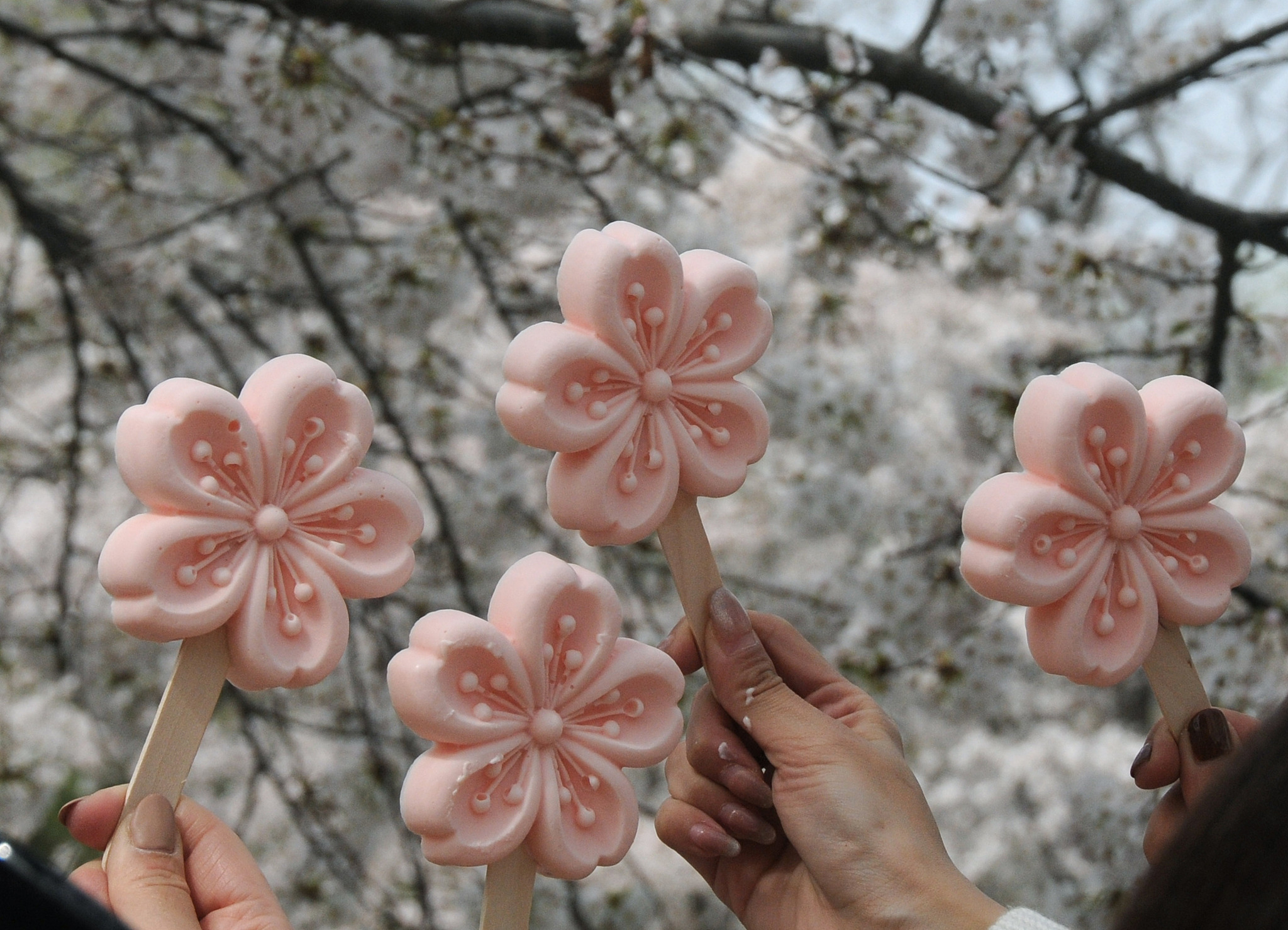 The Beijing Yuyuantan Park in 2017 started the trend with ice cream shaped like cherry blossoms. /CFP

The Beijing Yuyuantan Park in 2017 started the trend with ice cream shaped like cherry blossoms. /CFP

The West Lake, a UNESCO World Heritage site in the eastern city of Hangzhou, has rolled out popsicles resembling butterflies inspired from the legend of Liang Shanbo and Zhu Yingtai, the "Chinese Romeo and Juliet." In northwest China's Shaanxi Province, treats that mimic one of the ancient gates of Xi'an City debuted last year, and in Dunhuang in Gansu Province varieties featuring three of the city's most-visited sites –  Mogao Grottoes, the Crescent Lake and the nine-storied pagoda – were released.

Images of popsicles with their real-life inspirations in the background are in no short supply on Chinese social media, becoming a new way to prove that one is keeping up with the times and visiting all the it places. 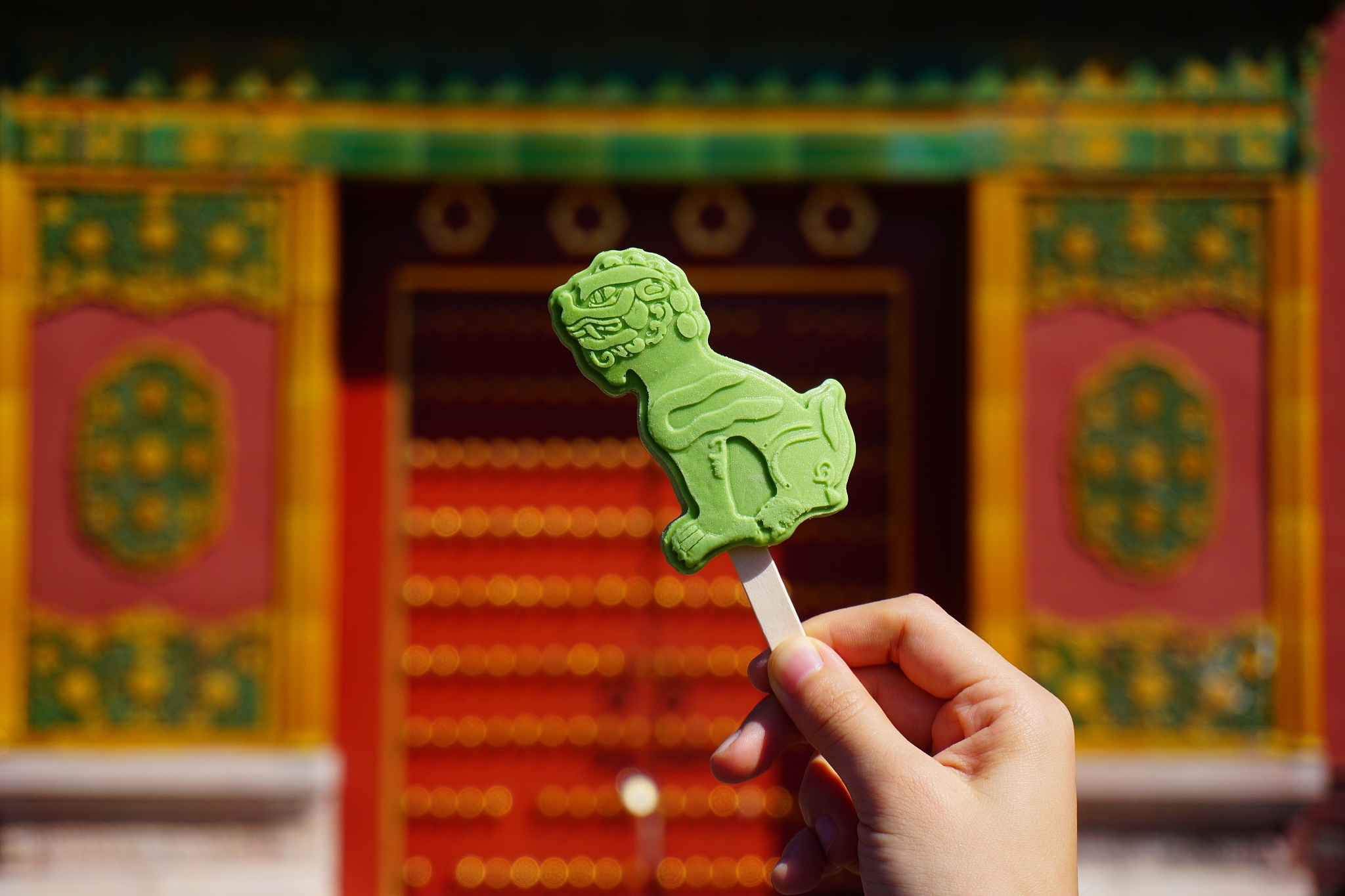 A popsicle inspired by imperial roof decorations at the Palace Museum in Beijing. /CFP

A popsicle inspired by imperial roof decorations at the Palace Museum in Beijing. /CFP

Prices of these desserts have gradually gone up along with their popularity and now range between 10 and 30 yuan ($1.5-4.6)