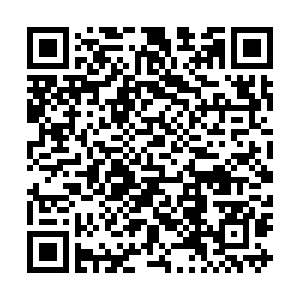 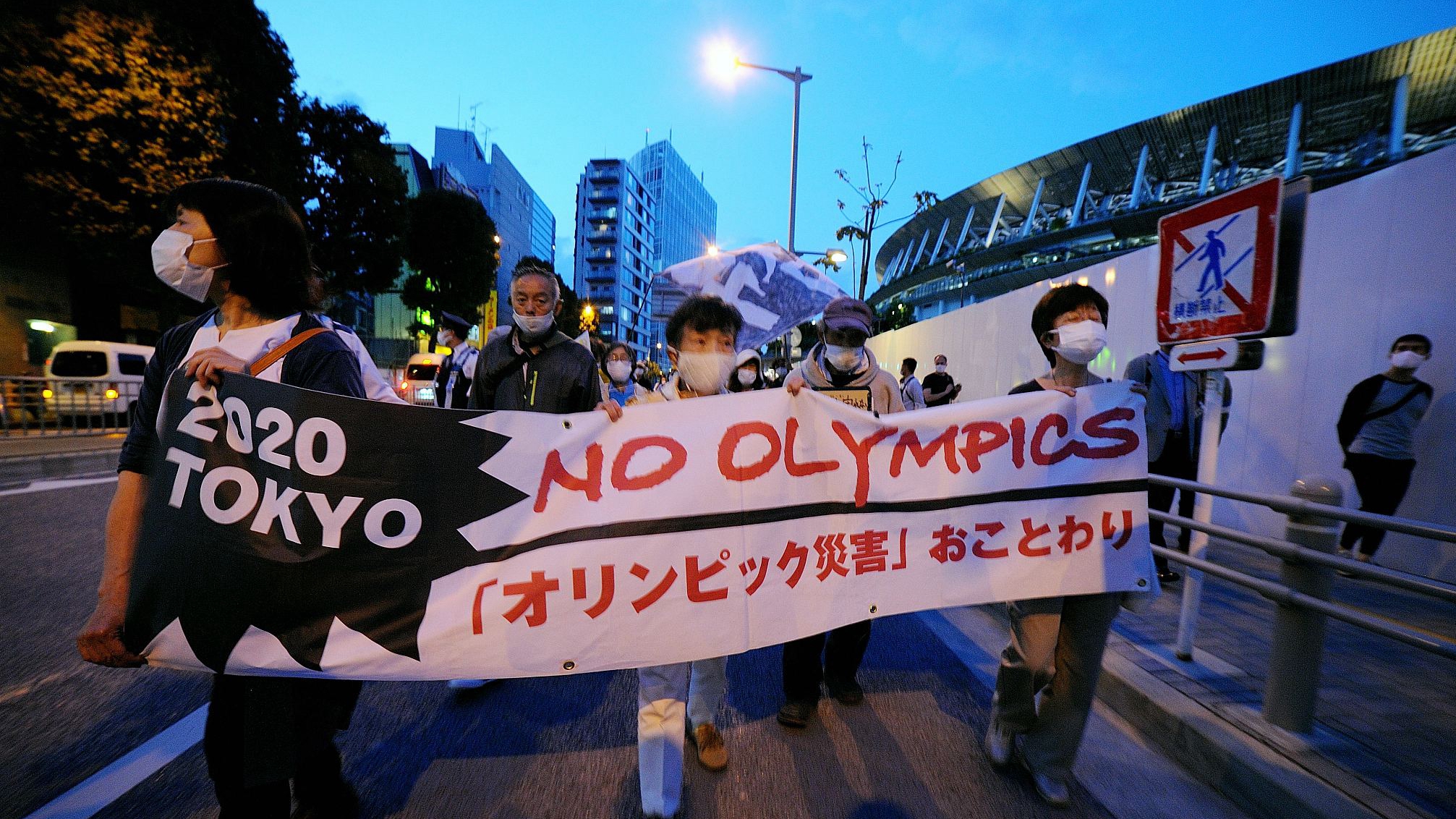 People stage a demonstration demanding Tokyo Olympics to be cancelled due to COVID-19 pandemic, in Tokyo, Japan, May 9, 2021. /CFP

People stage a demonstration demanding Tokyo Olympics to be cancelled due to COVID-19 pandemic, in Tokyo, Japan, May 9, 2021. /CFP

"No Olympics anywhere...We don't want the Olympics. No Olympics in LA. No Olympics in Tokyo," squealed a protester who made his presence felt by gatecrashing the International Olympic Committee's (IOC) virtual news conference on Wednesday.

The incident comes just 78 days before the Tokyo Olympics are slated to start, and the video footage of the embarrassing episode was swiftly removed by the IOC. Later in the day, the disruptor was revealed to be a member of an anti-Olympic organization.

IOC spokesman Mark Adams, who stood in for president Thomas Bach via videoconferencing, made light of the disturbance and insisted that the Olympics would still go ahead despite overwhelming opposition from the Japanese public.

"As things stand, and as we talk to our Japanese partners and friends, we are moving full ahead," Adams observed. "There has been a small extension of the emergency situation, but we continue to plan for full Games – and that's the way it has to be and that's the only way it can be for us. And everything is telling us, from the test events to international events, that the Games can go ahead and will go ahead."

Japan still reports thousands of COVID-19 infections each day, and has recorded more than 10,500 deaths. The country has extended a state of emergency in Tokyo and several other regions until the end of May. 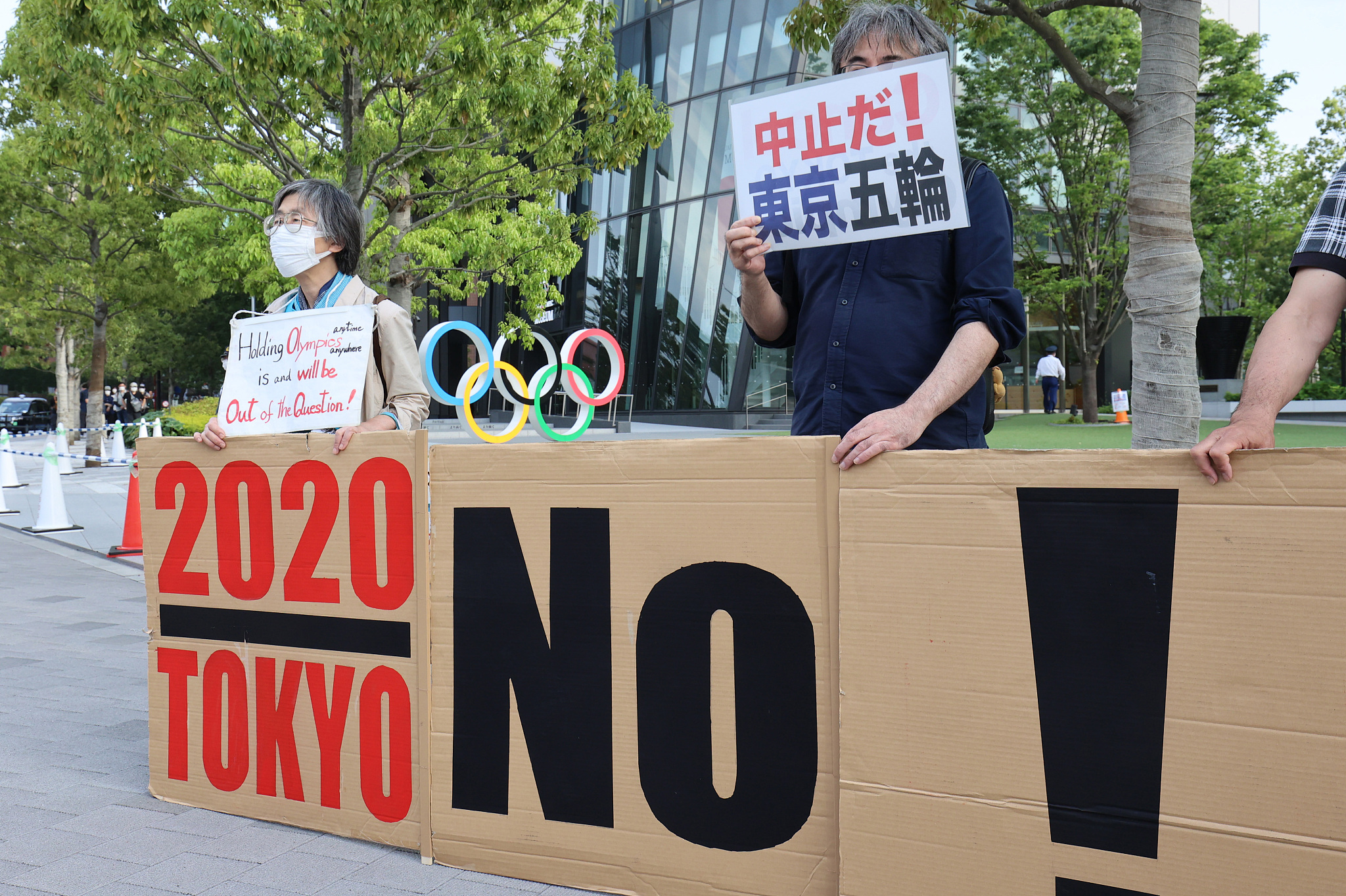 Opinion polls have shown the majority of the people in Japan are not in favor of the Tokyo Olympic Games. /CFP

Opinion polls have shown the majority of the people in Japan are not in favor of the Tokyo Olympic Games. /CFP

But Adams' optimism remains unchanged. "As with all organizations, we have to pay attention to public opinion but not be totally driven by it. I am very confident that we will see public opinion hugely in favor of the games," he added.

According to multiple local media outlets, the Japanese organizers are aiming to complete COVID-19 vaccinations for all Olympic athletes by the end of June, which is a marked departure from their earlier stance.

Japan's government had previously denied it was considering a plan to vaccinate athletes ahead of the general population. The country has only inoculated 2.8 percent of its population despite an earlier government target of giving shots to its 36 million elderly people by July.

The Kyodo News revealed that Japan has been coordinating with its Olympic Committee about the vaccines, which will be provided by U.S. pharmaceutical giant Pfizer to participants from national Olympic and Paralympic committees around the world. 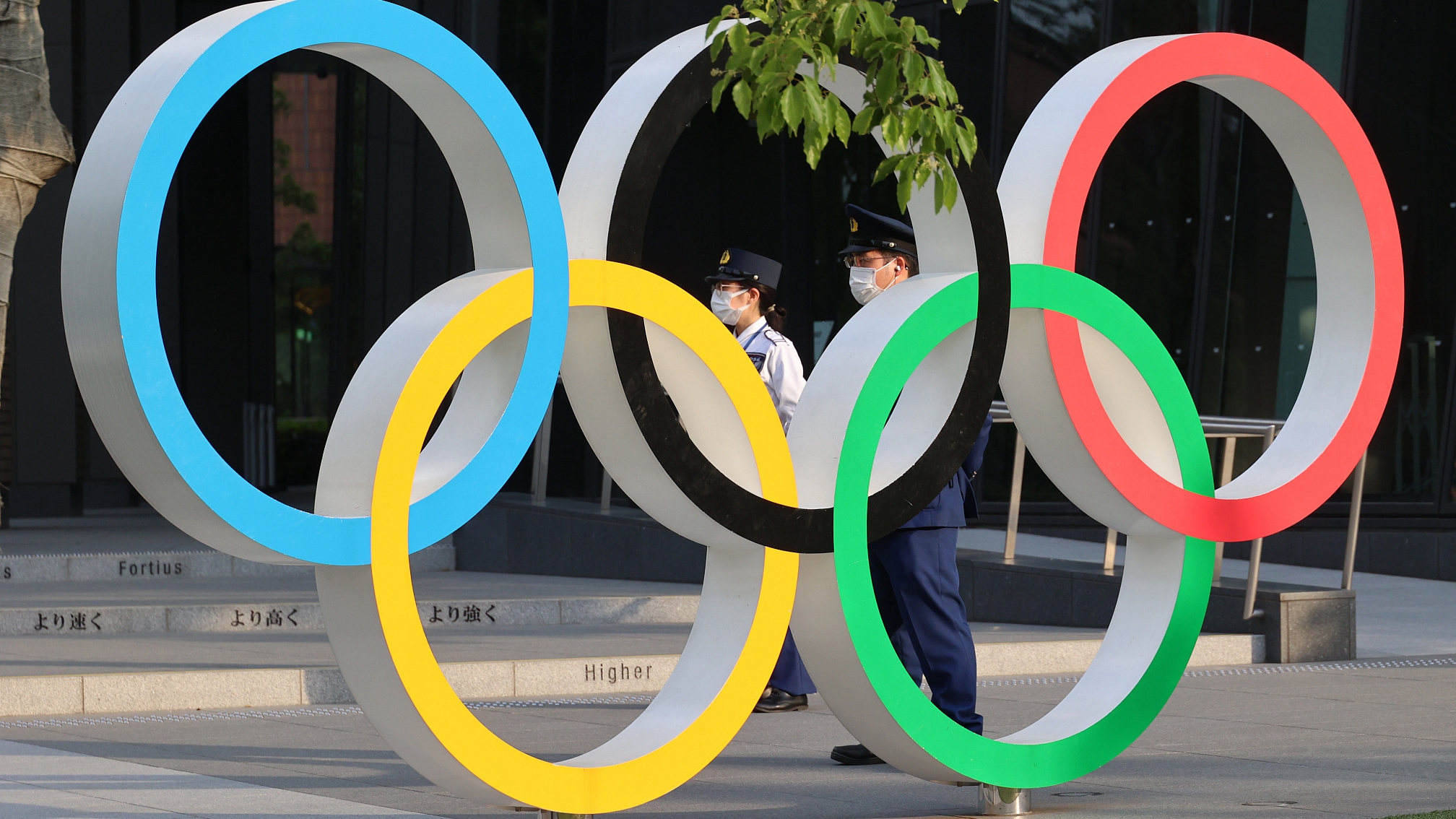 Security guards watch anti-Olympic activists as they protest against the Tokyo 2020 Olympic Games in Tokyo, Japan, May 9, 2021. /CFP

Security guards watch anti-Olympic activists as they protest against the Tokyo 2020 Olympic Games in Tokyo, Japan, May 9, 2021. /CFP

However, despite all the efforts to make the Olympics safe and secure, many top athletes are still unconvinced, with tennis star Rafael Nadal the latest to voice doubts about the Games' prospects.

"I normally know my schedule almost 100 percent since the first of January till the end of the season. This year is something a little bit different. We need to be flexible. We need to adapt about the things that are happening," said Nadal on Wednesday at the Italian Open when asked whether he will play in Tokyo.

The uncertainty was echoed by tennis legend Serena Williams, whose doubts stem from the possibility of not being able to travel with her three-year-old daughter Olympia. "I haven't spent 24 hours without her, so that kind of answers the question itself. We're best friends," Williams was quoted as saying by the Guardian.

"I haven't really thought much about Tokyo, because it was supposed to be last year and now it's this year, and then there is this pandemic and there is so much to think about. Then there are the grand slams. It's just a lot. So I have really been taking it one day at a time to a fault, and I definitely need to figure out my next moves," she added. 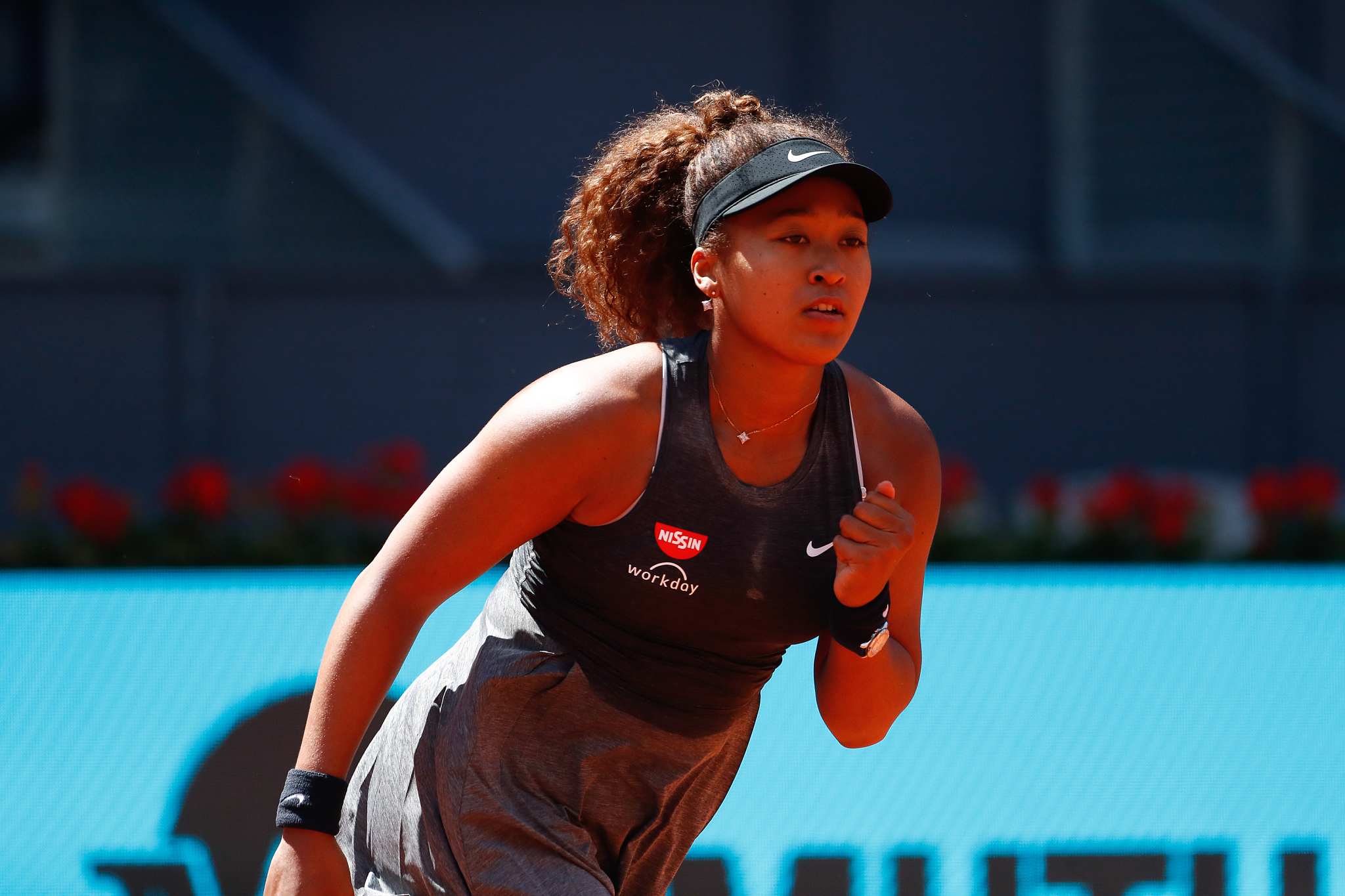 Naomi Osaka says the risk of staging the Tokyo Olympics must be carefully though amid the pandemic. /CFP

Naomi Osaka says the risk of staging the Tokyo Olympics must be carefully though amid the pandemic. /CFP

Earlier this week, Japan's world No 2 tennis sensation Naomi Osaka publicly admitted she is conflicted over whether Olympics should be held this summer, stressing the subject was "making people very uncomfortable."

"Of course I want the Olympics to happen, but I think there's so much important stuff going on, especially the past year. A lot of unexpected things have happened," said the Japanese icon, who is one of the faces of the Tokyo Games.

"For me, I feel like if it's putting people at risk... then it definitely should be a discussion, which I think it is as of right now. At the end of the day, I'm just an athlete, and there is a whole pandemic going on."