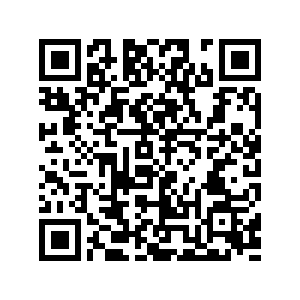 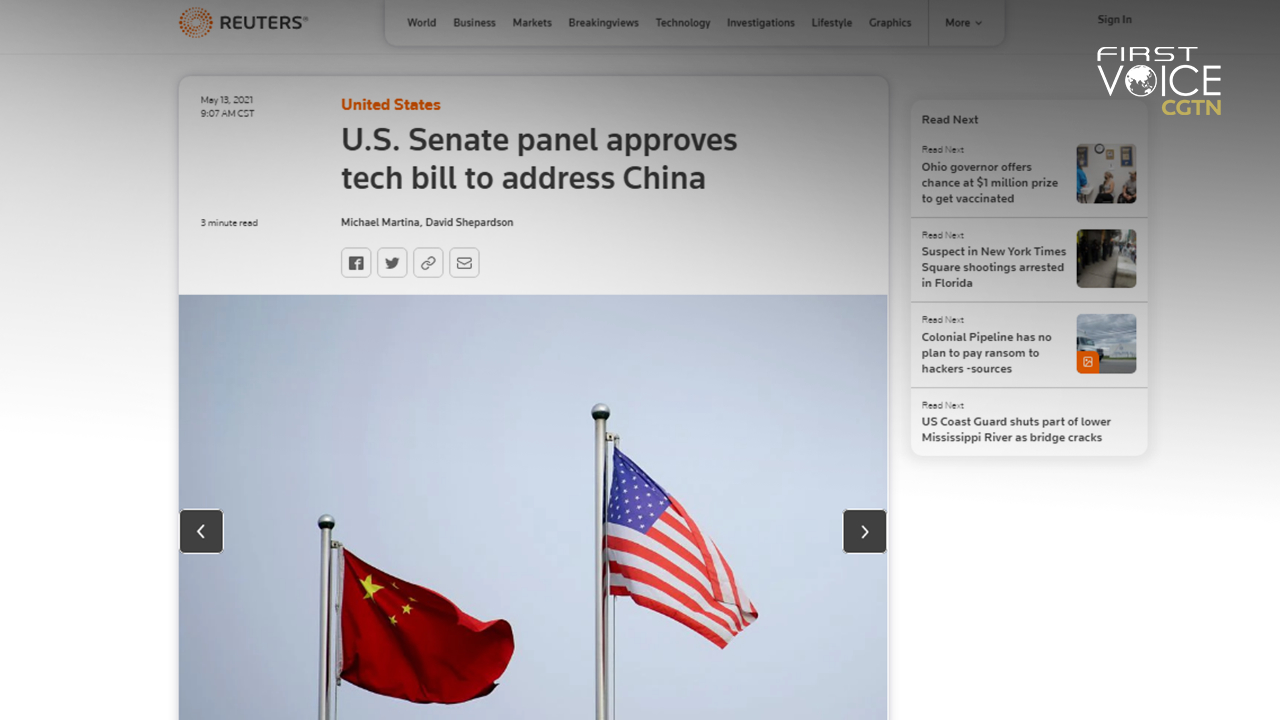 The only way for the U.S. government to get anything done these days on a bipartisan basis, it seems, is to invoke the threat of Chinese dominance.

Resorting to such paranoid Cold War tactics may be an effective way to rally support. However, legislation targeting China never seems to work out the way it is supposed to.

The latest example of this is a bill to fork out more than $100 billion for research over the next five years. The stated aim is to prevent China from achieving technological dominance over the United States.

Spending on basic science and technology research is generally considered a primary function of a government. However, due to domestic political dynamics, for decades Washington has preferred cutting taxes to research spending, passing the responsibility for technological advances to companies motivated by short-term profits.

This has created a situation in which the U.S. is losing its edge in technology, but at the same time is deeply reluctant to invest in research – or indeed even in the country's crumbling basic infrastructure.

This is how we have come to the situation where U.S. politicians must invoke the bogeyman of China to pass a long-overdue bill for basic research spending.

The Endless Frontier act, which won rare bipartisan support in a Senate committee, will target $100 billion over five years to key technology areas such as advanced energy, artificial intelligence, quantum computing, and semiconductors.

These are some of the same areas that the U.S. criticized China for research.

But the tactic of accusing China of "ripping off" its technology doesn't work anymore, because China is now ahead of the U.S. in many areas due to its constant, long-term investment in research and development. 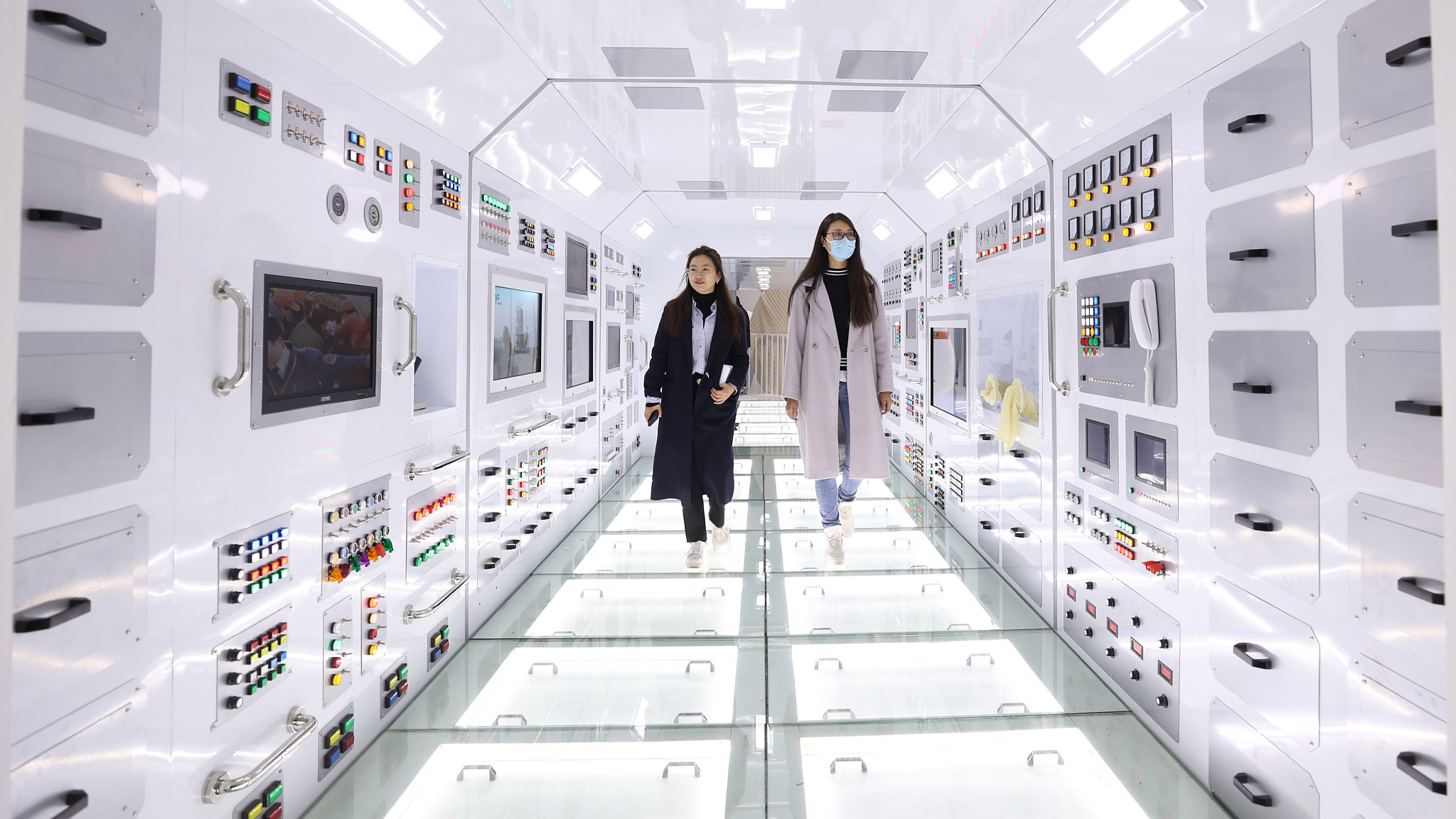 The interior of the simulated core module of China's space station on display at an exhibition at the China Science and Technology Museum, in Beijing, China, March 19, 2021. /CFP

The interior of the simulated core module of China's space station on display at an exhibition at the China Science and Technology Museum, in Beijing, China, March 19, 2021. /CFP

At any rate, Washington has vastly overestimated its ability to hold down a rising China.

As the Financial Times reported, former U.S. President Donald Trump's efforts to blacklist companies with alleged links to the Chinese military did not hurt the sanctioned companies. But the blacklist has succeeded in hurting Western investors.

As of mid-April, a weighted basket of the blacklisted companies – including China Unicom, China Telecom, China Mobile, Semiconductor Manufacturing International Corporation and China Railway Construction Corporation – have returned 17.6 percent, far ahead of the market.

Although some accuse the Chinese government of propping up the stocks, the Financial Times reported the gains appear to stem from market forces. Western investors were shut out of these gains.

The U.S. fears that China represents an existential threat. However, if Washington could drop its control freak complex, it would see China does not pose a threat to the people of the U.S. or their way of life. China is focused on its own development and strengthening trade ties with other nations.

The U.S. can be safe and prosperous without needing to dominate every aspect of global affairs with its military might and control over the banking system.

In fact, the idea that the U.S. ever controlled the world is a fantasy and an illusion, despite its self-mythologizing.

Since its founding, the U.S. has had strong links with China, and the two nations have gone through many periods of strong partnership, including during World War II. The two nations can be economic and strategic competitors, yet not be enemies.

At some level, the Biden administration understands this, which is a welcome shift in direction.

It is a sad reality that one of the best ways to get anything done in today's Washington is to raise the specter of China.

Putting aside the China fear-mongering, the U.S. decision to invest in itself and take responsibility for its own competitiveness is a major step forward from the previous tactics of scapegoating China and attempting to kneecap China's ability to compete.

Pushing down China cannot work. China's rise is because of its people's hard work and focus, not because of any factors controlled by the United States.

Washington may need to put more effort into getting its own house in order than containing others. This is going to take more than a $100 billion bill.

Americans will also need to agree on a shared reality, fix their broken system of government, regain the ability to focus on long-term strategy beyond a five-year time frame, solve their domestic human rights violations and regain the trust of their global allies and trading partners.