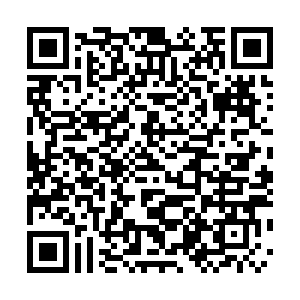 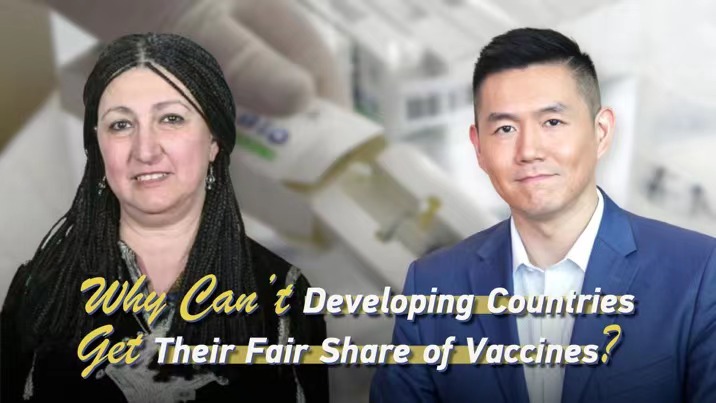 Editor's note: How to improve global vaccine distribution? Dr. Mohga Kamal-Yanni with the People's Vaccine Alliance told Wang Guan that vaccine production needs to be expanded, and countries must share technologies to increase the vaccination rate of the world's most vulnerable.

Mohga Kamal-Yanni: I always say this is like you have a small pizza. You've got big guys fighting for at the biggest share of this pizza. Crumbs are left for everybody else.

Wang Guan: Dr. Mohga Kamal-Yanni is a global health policy advisor. We know that you have worked for almost 40 years in the field of getting access to medicines and health care to everyone. What do you see as the major barriers, the hurdles to fair and equitable distribution of vaccines so far?

Mohga Kamal-Yanni: We have two fundamental problems, as they say. One is the inadequate supply. The second one is the supply that we have has been held by rich countries. Pfizer and Madonna, for example, their vaccines that are produced in U.S. soil are used for U.S. people. Europe export some of the vaccines produced in Europe, but still obviously prioritize Europeans. Just didn't think about anybody else.

Wang Guan: And then what do you think are the roles of big pharma companies in contributing to the reality of the unequal and inequitable distribution of vaccines so far?

Mohga Kamal-Yanni: Pharmaceutical companies, they go after money. There's no doubt about that. So for them if you have ideal ways, let's say the U.S. or the UK with X millions of dollars they will go for that.

Wang Guan: And then at this point how do you think developing countries, especially those who are still struggling to get the COVID situation under control really get a fair share of vaccines?

Mohga Kamal-Yanni: The idea is COVAX will deliver vaccines for 20% of the population of every population in the world. Then after that, you can buy more vaccines. Of course, what happened was historically different to that. Every rich country secured vaccines for its own people. and this is like you have a small pizza. You've got big guys fighting for at the biggest share of this pizza. Crumbs are left for everybody else.

Wang Guan: The WHO said a variant, first found in India is now officially a "variant of concern". How concerned are you that the virus will mutate and grow fast and make vaccination less useful, if at all?

Mohga Kamal-Yanni: The People's Vaccine Alliance that I work for, they did a survey of a number of epidemiologists. A huge percentage of them are extremely worried that there would be a variant that would not respond to the vaccines. If that variant or any other variant is resistant to the two vaccines, these variants don't need visas to cross borders. All the money and all the efforts just would go up and there. So it is really important to have enough supply to vaccinate all the work as soon as possible.

Wang Guan: Last week, the Biden administration said they agreed to support waiving intellectual property protection of COVID-19 vaccines. How exactly do you see this statement translating into more and more affordable vaccines?

Mohga Kamal-Yanni: Expanding production doesn't happen at no cost. It happens with the cost. But the more important thing than the money is the sharing technology and waiving intellectual property. We want to break monopoly on technology, whether that monopoly is secured by intellectual property rights or by anything else, because medicine is, it's about life, it's about the human right to life, and particularly in a pandemic. If you don't waive during a pandemic, when would you do that?

Wang Guan: Yeah, we remember recently data showing China and Europe exporting half of the vaccines they have produced, while the United States and the United Kingdom unfortunately had to keep much of the production to their own citizens. Then how do you look at the role of China in the global production and distribution of vaccines?

Mohga Kamal-Yanni: We have at least two companies that have vaccines in the market. Sinopharm particularly had an approval emergency of authorization from the World Health Organization a couple of days ago, which means that ok we have a vaccine that's effective, 79% in preventing the symptoms and almost 100% in preventing death. So this is a really good news. These vaccines can be obviously expanded, and they can be sold to developing countries.