Download
Chart of the day: Why is Japan's COVID-19 vaccination rollout so slow?
By Hu Yiwei 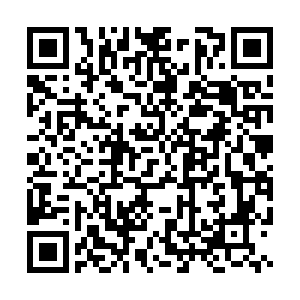 With just weeks away from the opening of the rescheduled Olympic Games, Tokyo is still under a state of emergency amid a surge in COVID-19 cases and sluggish vaccination rollout.

As of Thursday, Japan has inoculated only about 3 percent of its population, lagging far behind other advanced countries despite an ambitious government target of giving shots to its 36 million elderly people by July. 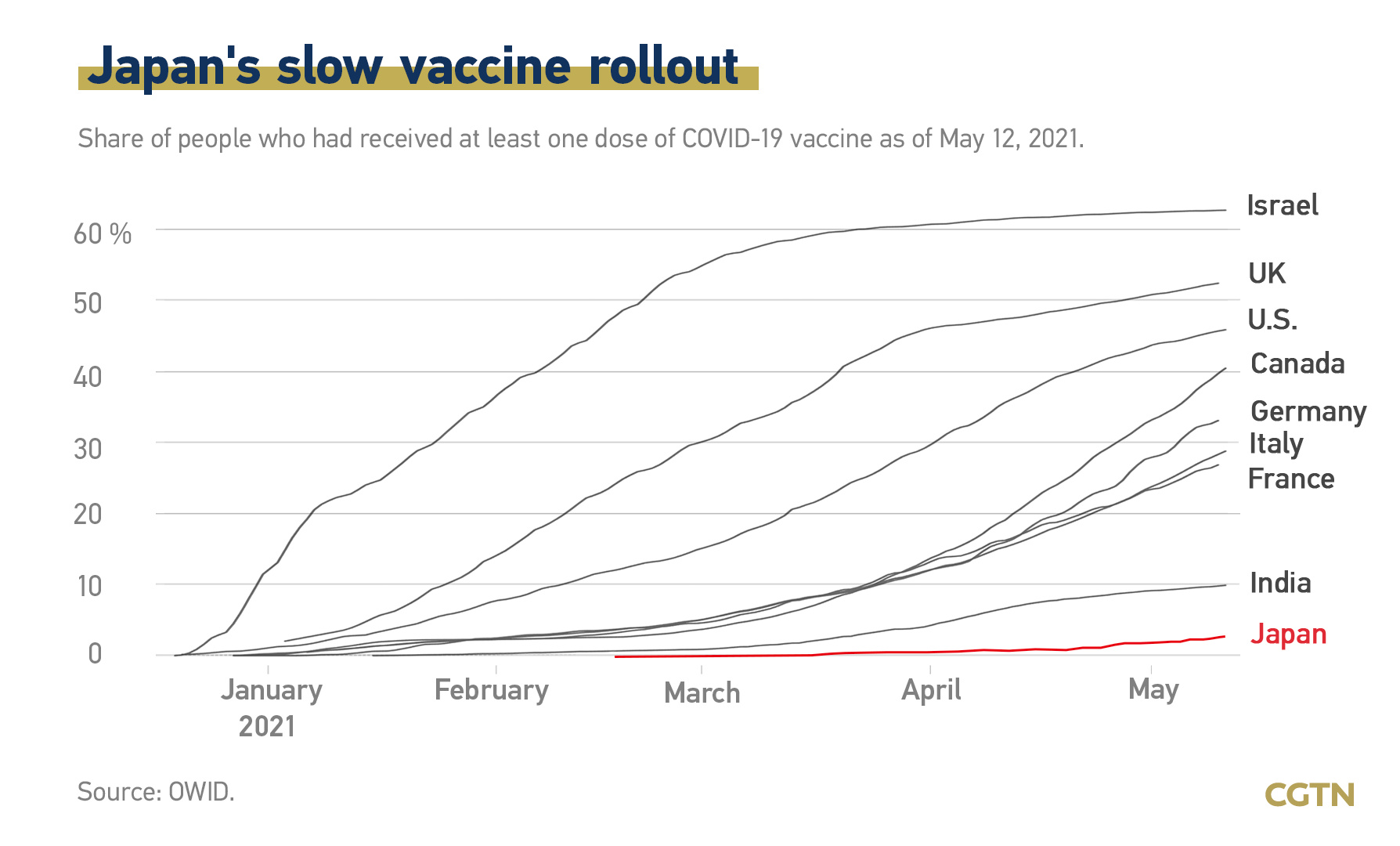 Japan started its vaccination campaign with health care workers on February 17, later than most major economies. It began inoculating its people age 65 or older, or some 29 percent of its population, on April 12.

The late start was partly due to Japan's long history of vaccine skepticism and relatively mild COVID-19 situation, until recently.

The country is now bracing the fourth wave of infections. On Wednesday, Japan reported over 7,000 cases, with daily figures hitting new highs in seven prefectures – from the northernmost Hokkaido to Fukuoka in the southwest. 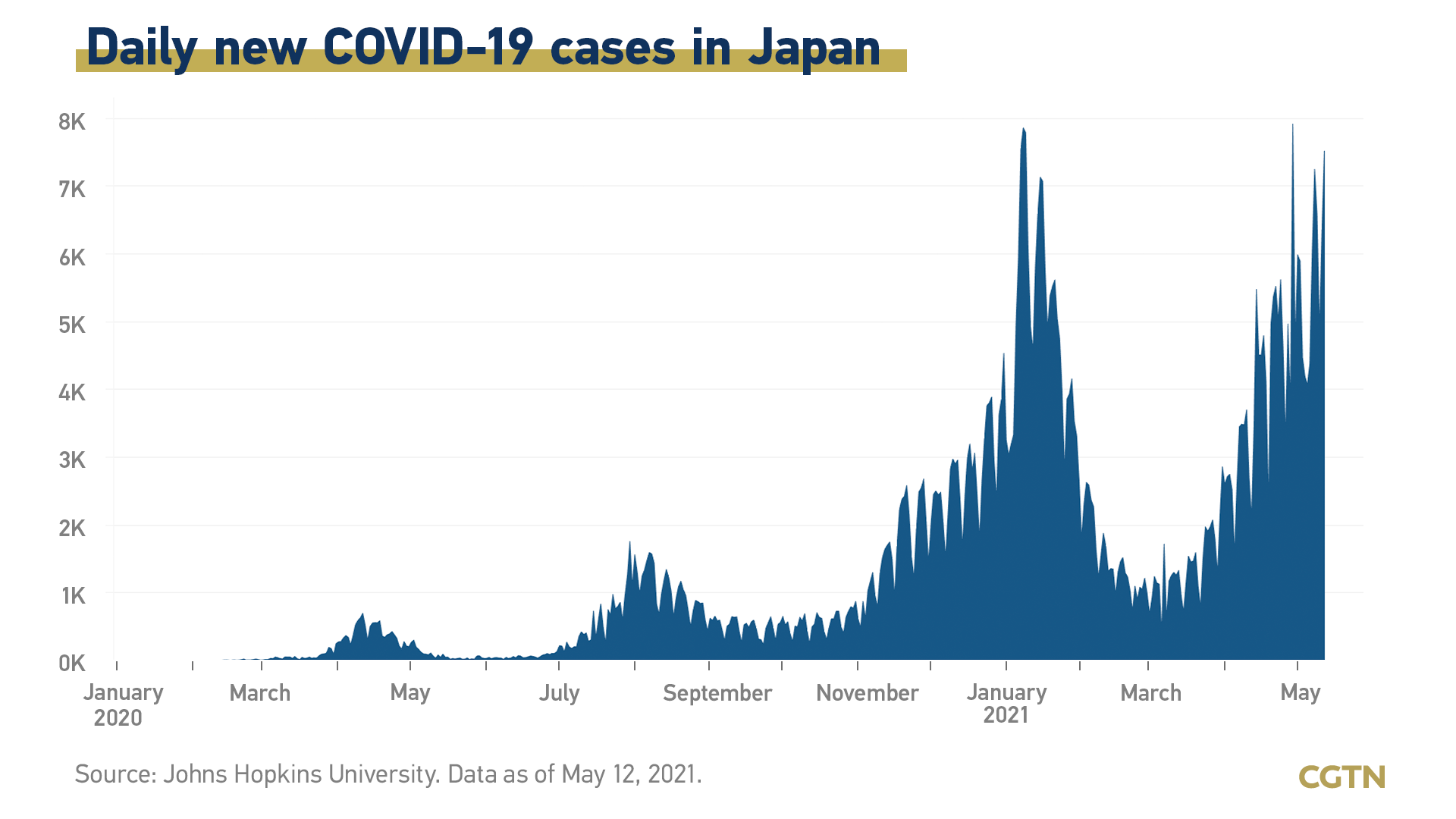 Despite the surging infections, the country's inoculation campaign was plagued by tight supplies of imported doses of Pfizer jabs, the only vaccine so far that has received local regulatory approval.

Japan approved the vaccine in mid-February, two months later than in the United States.

The country's vaccine chief Taro Kono blamed the country's rigid drug approval system that is relying on this only one approved shot, saying it was a disadvantage in an emergency.

"Even though we are in a state of crisis, we're still using the same rules to approve vaccines that we do under normal times," Kono said in a TBS television interview broadcast on Wednesday.

The delay, along with a host of logistical problems and shortage of manpower, led to Japan's slow rollout.

The country had been constrained by rules that allow only doctors and nurses to give the shots. Dentists were not allowed to give vaccine injections until recently.

On Wednesday, even the vaccination booking system crashed due to technical problems.

Such situations have dealt a huge blow to Tokyo's Olympics preparations. Although the Japanese government and Olympic officials have insisted the virus-postponed Games can go ahead safely in July, polls show most Japanese people support cancellation or another delay. 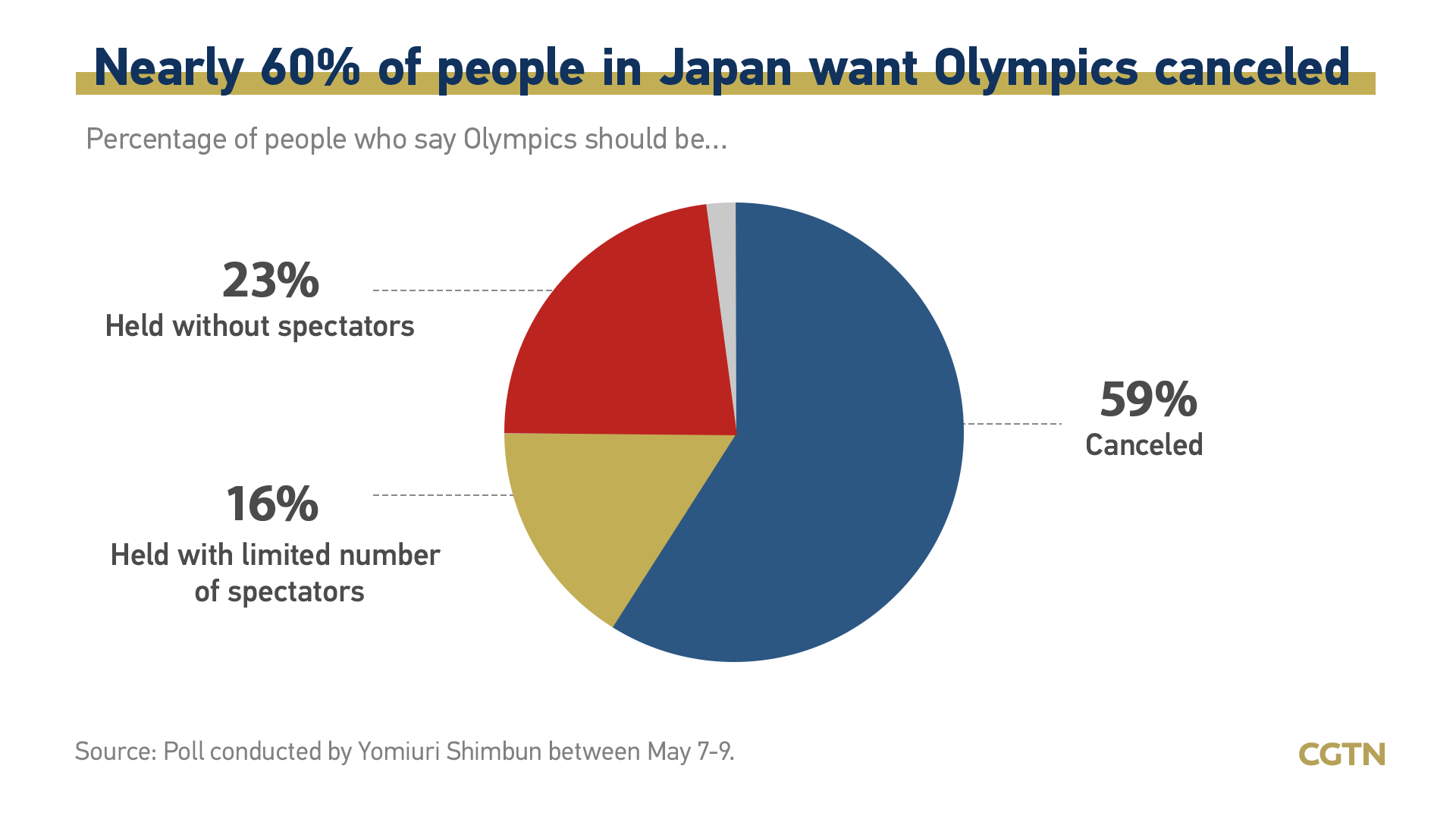 In the latest development, International Olympic Committee chief Thomas Bach was forced to postpone his visit to the country due to the current wave. The United States track and field team also canceled its pre-Olympics training camp in Chiba, the prefecture neighboring Tokyo, raising more questions about the holding of the Games.

The Japanese government ramped up vaccination rollout for the elderly from Monday, with vaccines distributed to inoculate over 9 million in two weeks. The health ministry also plans to deliberate on the authorization of the vaccines made by Moderna and AstraZeneca for emergency use on May 20, according to local media.

To reach the vaccination target of inoculating most of its 36 million elderly by the end of July, the government hopes to deliver about 1 million shots a day – that would be about three times faster than the current pace. It is yet to provide a specific target date for completing vaccinations for the general public.

But the clock is ticking. As thousands of athletes and many more staff, coaches, judges and journalists from around the world will flock to Tokyo if the Games go ahead as planned, the Japanese government has extra miles to travel to ensure the Games are "safe and secure" as it has pledged.