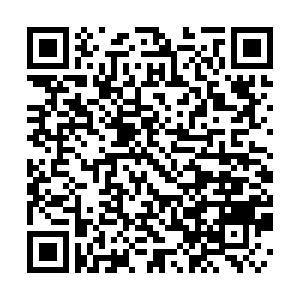 President Xi Jinping on Saturday extended congratulations to China's space mission team on the successful landing of the country's first probe on Mars.

On behalf of the Communist Party of China (CPC) Central Committee, the State Council and the Central Military Commission (CMC), Xi, also general secretary of the CPC Central Committee and chairman of the CMC, extended warm congratulations and sincere greetings to all members who have participated in the Mars exploration mission, Tianwen-1, in a congratulatory message.

The landing of the Tianwen-1 probe on Mars is an important step in China's interplanetary exploration journey, realizing the leap from the Earth-Moon system to other planets in the solar system, and leaving the Chinese imprint on Mars for the first time, Xi said. He called it another milestone progress in the development of China's space industry.

Xi told the mission team that their pursuit of excellence brings China into the world's advanced ranks in the field of planetary exploration, and the nation and the people will always remember their outstanding efforts.

Xi stressed the need to organize and implement the roving and scientific exploration on Mars carefully, adhere to the self-reliance in sci-tech development, and push forward major space projects, including planetary exploration.

He also called for boosting China's strength in space technology and making new and greater contributions to exploring the mysteries of the universe and promoting the noble cause of peace and development of humanity.

Vice Premier Han Zheng, also a member of the Standing Committee of the Political Bureau of the CPC Central Committee, witnessed the landing at the Beijing Aerospace Control Center.

Tianwen-1 carrying China's first Mars rover touched down on the red planet early Saturday morning Beijing Time. It consists of an orbiter, a lander and a rover, and was launched from the Wenchang Spacecraft Launch Site on the coast of southern China's island province of Hainan on July 23, 2020.

The name Tianwen, meaning Questions to Heaven, comes from a poem written by the ancient Chinese poet Qu Yuan (about 340-278 BC).