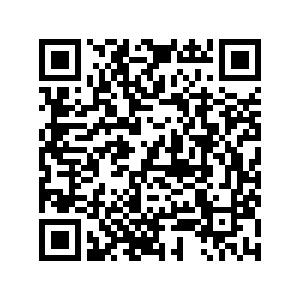 Since the start of May, three tornadoes have been reported in eastern and southern China, the deadliest of which had killed eight people and injured over 200 by 12:00 a.m. Saturday.

On May 3, a huge waterspout twirling between dark clouds and the sea surface near Hailing Island in south China's Guangdong Province drew the attention of many tourists who took out their phones to film it. Before long, the giant water column moved toward the beach and the gale blew away bikes, chairs and rain shelters on the beach. No casualties were reported. 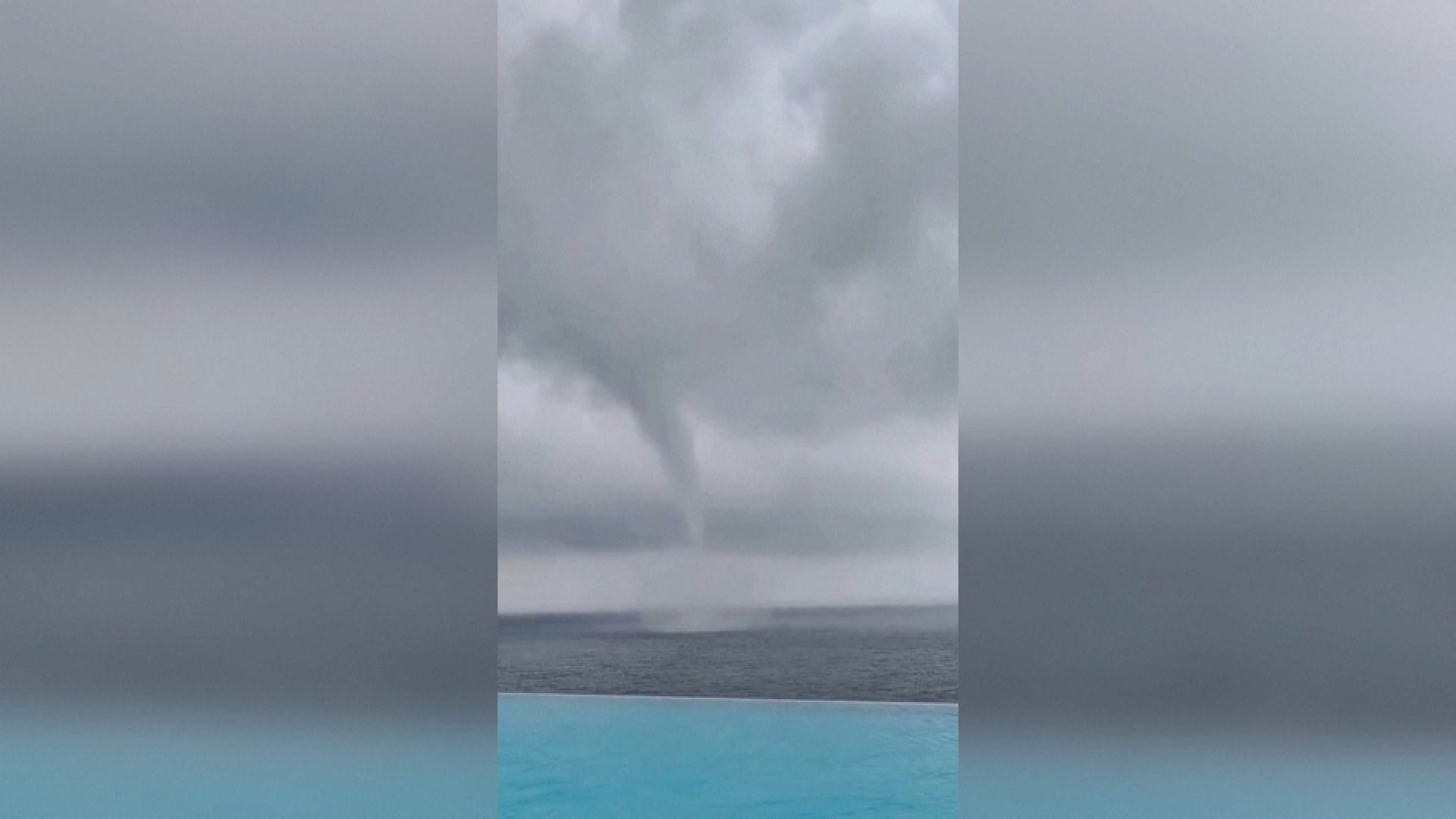 On Friday, another tornado hit Wuhan City in central China's Hubei Province at around 7:00 p.m., killing eight people and injuring 230 others so far.

Also on Friday, about an hour after the Wuhan tornado, a whirlwind in Suzhou City of east China's Jiangsu Province killed four people and injured over 140 while damaging houses and electricity facilities. 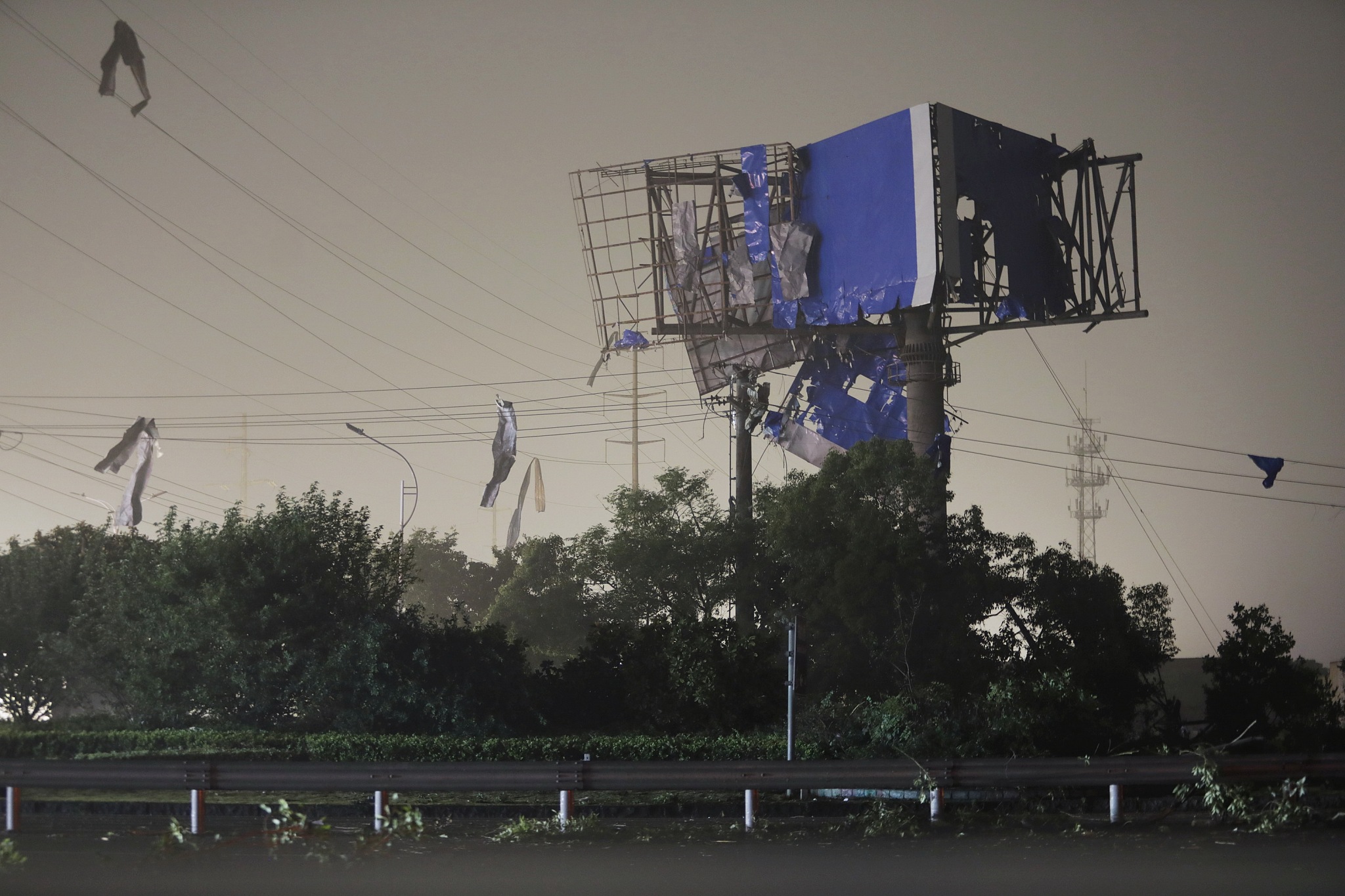 An advertisement board was damaged in the tornado that hit Shengze Town, Suzhou City, Jiangsu Province, May 14, 2021. /VCG

An advertisement board was damaged in the tornado that hit Shengze Town, Suzhou City, Jiangsu Province, May 14, 2021. /VCG 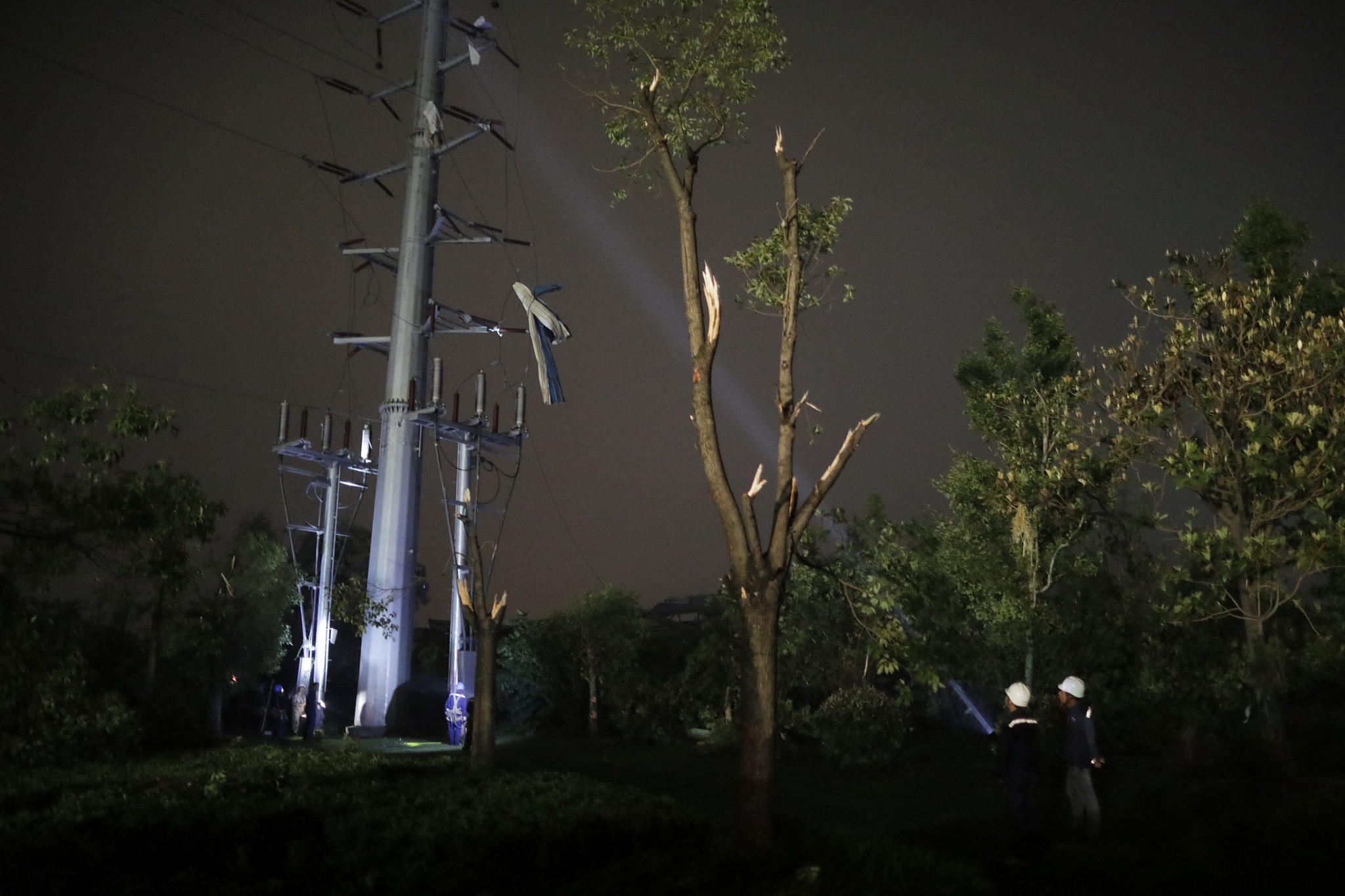 How a tornado is formed:

A tornado is a violently rotating column of air extending from a thunderstorm to the Earth's surface. Scientists have yet to fully resolve the mystery of how a tornado is formed, but usually, it generates from thunderstorms. The most violent tornadoes come from supercells, large thunderstorms that have winds already in rotation. About one in a thousand storms becomes a supercell, and one in five or six supercells spawns off a tornado.

Tornadoes come in many shapes and sizes, and they are often visible in the form of a funnel originating from the base of a cloud, with a cloud of rotating debris and dust beneath it.

Tornadoes in the world:

Tornadoes happen in many parts of the world, including Australia, Europe, Africa, Asia, and South America, but the United States is a major hotspot with about a thousand tornadoes every year. The deadliest one occurred in 1925: the "Tri-State Tornado" that killed 695 people and injured 2,027.

In China, tornadoes have affected most provinces, municipalities and autonomous regions, with the eastern and southern parts bearing the blunt. China Meteorological Administration's date from 1991 to 2014 shows that the country sees about 43 tornadoes every year, mostly in late spring and summer. Jiangsu and Guangdong are the two provinces that have seen the most tornadoes in the country.

Tornadoes are rated based on the wind speeds and the destruction they cause. Today, many countries, including China, have adopted the "Enhanced Fujita Scale" to measure the strength of a tornado. An EF1 tornado, the weakest with wind speeds of about 70 mph, damages trees but not substantial structures. An EP5 tornado, the most violent with wind speeds of up to 300 mph, can uplift entire houses and even trains.

How to take cover:

According to China Meteorological Administration, if you are at home when a tornado occurs, stay away from windows, doors and walls, look for cover in an interior room and cover yourself with cushions or mattresses. Crouch down on your knees and protect your head with your arms. Also, basements offer the best protection.

If you are outdoors, stay away from trees, electric poles, and run against the direction where the tornado is moving. Find a ditch or low-lying area and crouch down on your knees.

The series "Natural Phenomena" takes you to an unknown world of natural forces. From natural disasters such as earthquakes and volcanic eruptions to spectacles like aurora and mirage, let's dig into the secret of our planet.