Download
Tech Breakdown: Mars vs. the moon, which is more difficult to land on?
CGTN 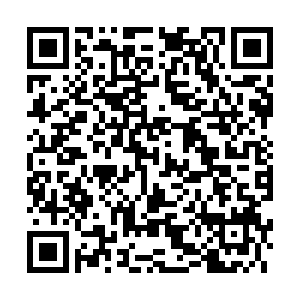 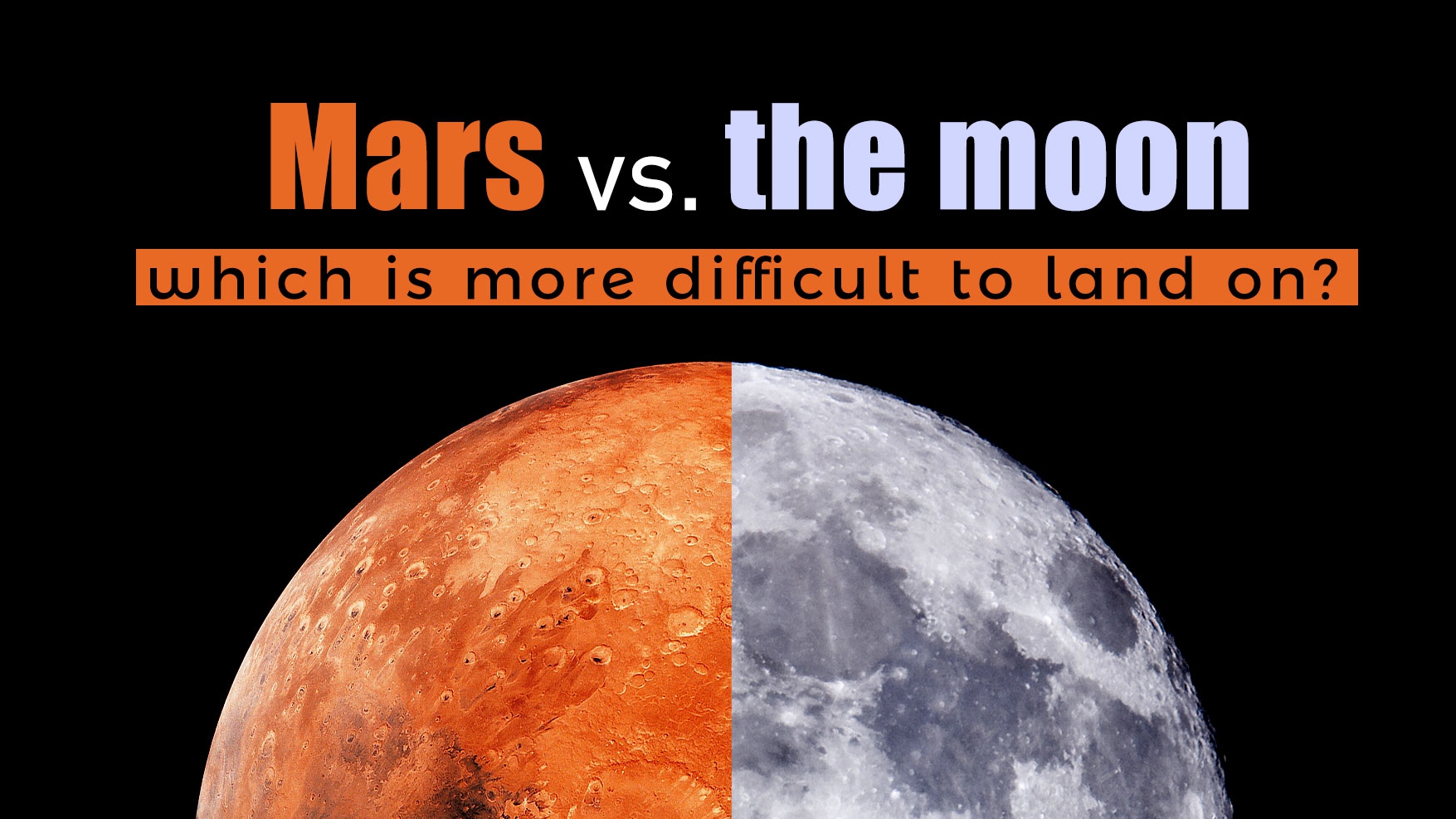 After nearly a year of traveling, the probe of China's first Mars mission, Tianwen-1, finally landed on its destination, the Red Planet, on May 15, 2021.

Space exploration has remained a hot topic for decades. Besides Mars, the moon is also one of humanity's top targets of interest. Is sending a probe to Mars more or less difficult than doing so on the moon?

Firstly, there is distance. The Earth-Mars distance is 1,000 times that between Earth and the moon. As a result, it takes a spacecraft a couple of days to get from the Earth to the moon but about seven months to reach Mars.

The longer distance can create more communication problems. When sending a signal from the Earth to the moon, there is a communication delay of about 1.3 seconds. However, such a delay increases to about 20 minutes for Mars at its farthest point from Earth.

Secondly, the launch windows for Mars and moon missions are very different. 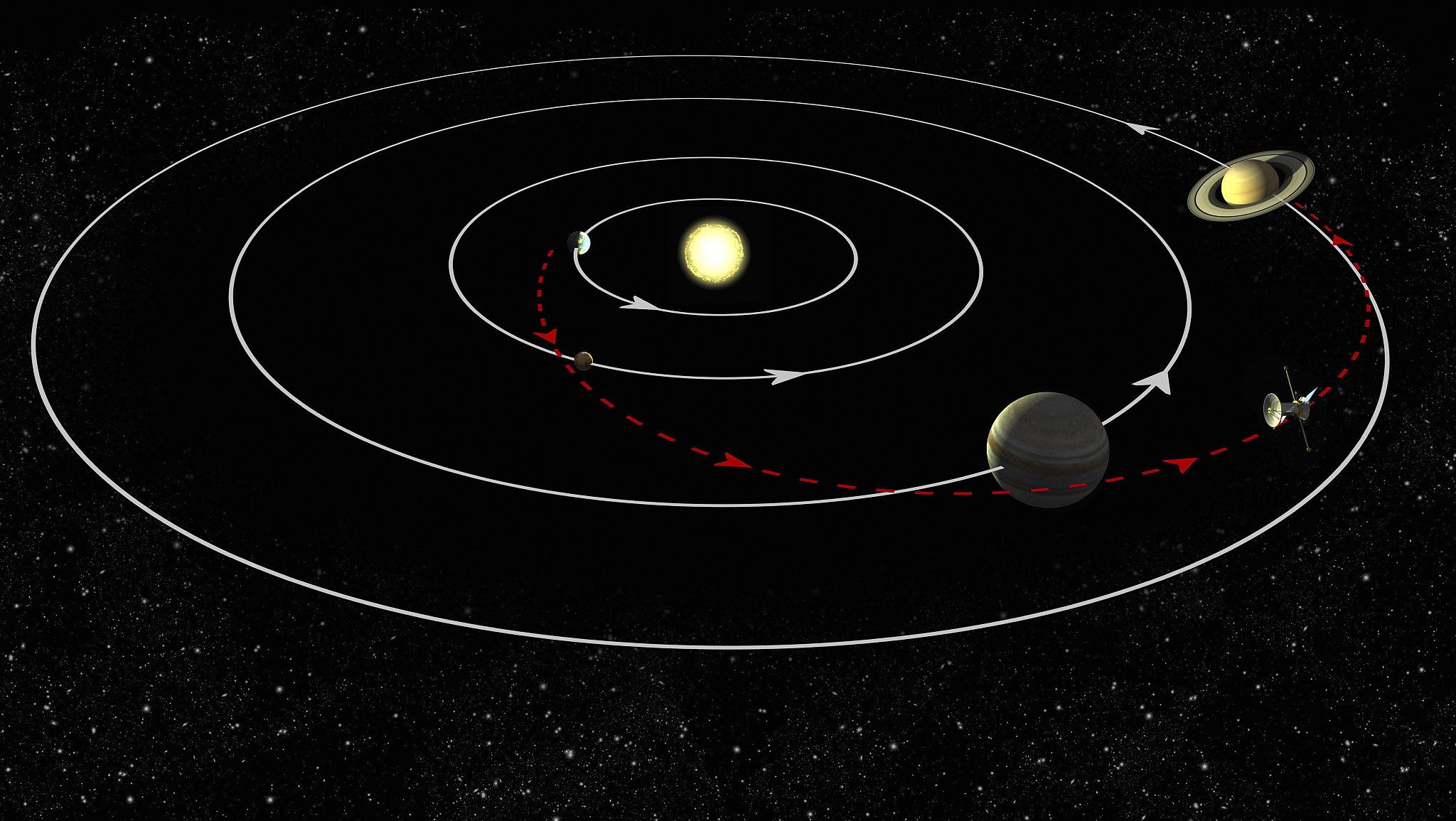 If a spacecraft intends to rendezvous with a planet, the launch must be carefully timed so that the spacecraft will arrive in the planet's orbit just as the planet arrives at that same place. /CFP

If a spacecraft intends to rendezvous with a planet, the launch must be carefully timed so that the spacecraft will arrive in the planet's orbit just as the planet arrives at that same place. /CFP

For a spacecraft to rendezvous with a planet, the launch must be carefully timed so that the spacecraft arrives in the planet's orbit just as the planet arrives at that same place. If a mission misses the launch window, it has to be postponed until the next window comes.

Lunar missions have more options since they have a launch window of about once a month. The launch window is very narrow for Mars missions, as it happens every 26 months. The last window opened from July to September last year. Three Mars missions, China's Tianwen-1, the UAE's Hope, and NASA's Perseverance rover, were launched during that period.

Moreover, the rovers of Mars and moon missions have different features to adapt to their working environments.

Nights in the moon last about 13.5 Earth days. The temperature on the moon can drop to as low as -200 degrees Celsius during lunar nights. The function of thermal control for lunar rovers must be strong enough to help them survive the long, cold lunar nights.

Unlike the moon, Mars has an atmosphere. Although very rarefied, the atmospheric motion can lead to massive dust storms traveling at about 100 km per hour.

Mars is farther from the sun compared to the moon, so in order to receive more sunlight, Mars rovers need to have a bigger wingspan and be able to adjust the angles of their solar panels to receive more solar power.

During storms, the rovers are covered in dust and the amount of sunlight they receive drops dramatically, thus a "sleep mode" is needed for them to wait for the storm to pass.

According to NASA, only about 40 percent of the missions ever sent to Mars – by any space agency – have been successful, lower than those to the moon.