Download
Where is Huawei headed after chip shortage?
By Hao Shengnan 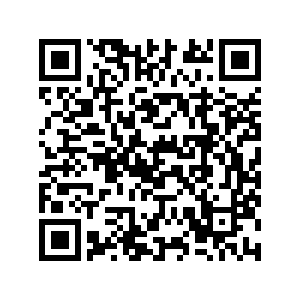 A Huawei outlet in Sanlitun shopping center in Beijing, China, May 14, 2021. Hao Shengnan/CGTN

A Huawei outlet in Sanlitun shopping center in Beijing, China, May 14, 2021. Hao Shengnan/CGTN

As some of Huawei's flagship 5G smartphones continue to be in short supply, its chip shortage headaches and next steps have been brought into the public spotlight.

Huawei's latest P40, P40 Pro, Mate 30 and Mate 40 5G smartphones are still unavailable at its authorized stores, on its official website, as well as the third-party sales channels, due to supply chain disruptions.

Only a few buyers are seen at Huawei outlets now, a sharp comparison with the days when the brand was the most popular.

"P40 and P40 Pro have been out of stock for a long time. I think we won't have any stock of them in the future," a staff member at a Huawei outlet in Shuangjing in Beijing told CGTN.

"We don't have Mate 40 now, but you can order a Mate 40 Pro in advance, and we will tell you when we have stock," said a staffer at a store in Sanlitun in Beijing.

Some phone scalpers standing outside the Sanlitun outlet said the potential buyers could get Huawei phones if they are willing to pay an extra 100 yuan. 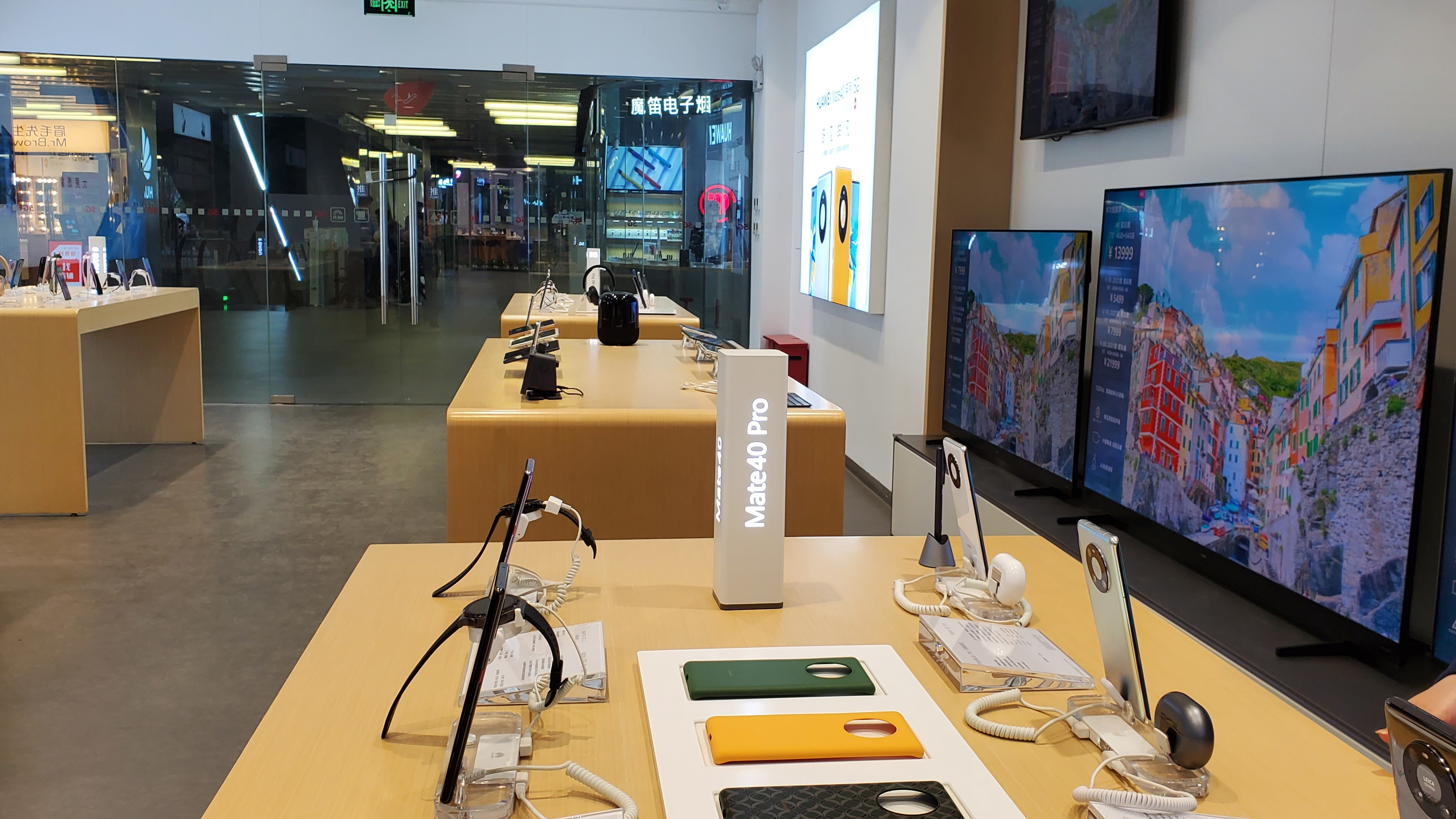 Only Mate 40 Pro phones, among its latest flagships, are available at some Huawei stores, Beijing, May 14, 2021. Hao Shengnan/CGTN

Only Mate 40 Pro phones, among its latest flagships, are available at some Huawei stores, Beijing, May 14, 2021. Hao Shengnan/CGTN

The deficiency in supply frustrated consumers and helped drive demand for secondhand phones, even at higher prices.

Data from Zhuanzhuan, a trading platform for secondhand products, showed that the prices of some of Huawei's popular series were higher in May, with a Mate 40 Pro in mint condition up by over 5 percent.

The U.S. put Huawei on a U.S. chip export blacklist in May 2019 and added 38 additional Huawei affiliates in August last year in a bid to cripple the firm's access to commercially available chips.

Huawei reported a 16.5-percent plunge in revenue in the first quarter of the year, the second straight quarterly decline after the U.S. sanctions. 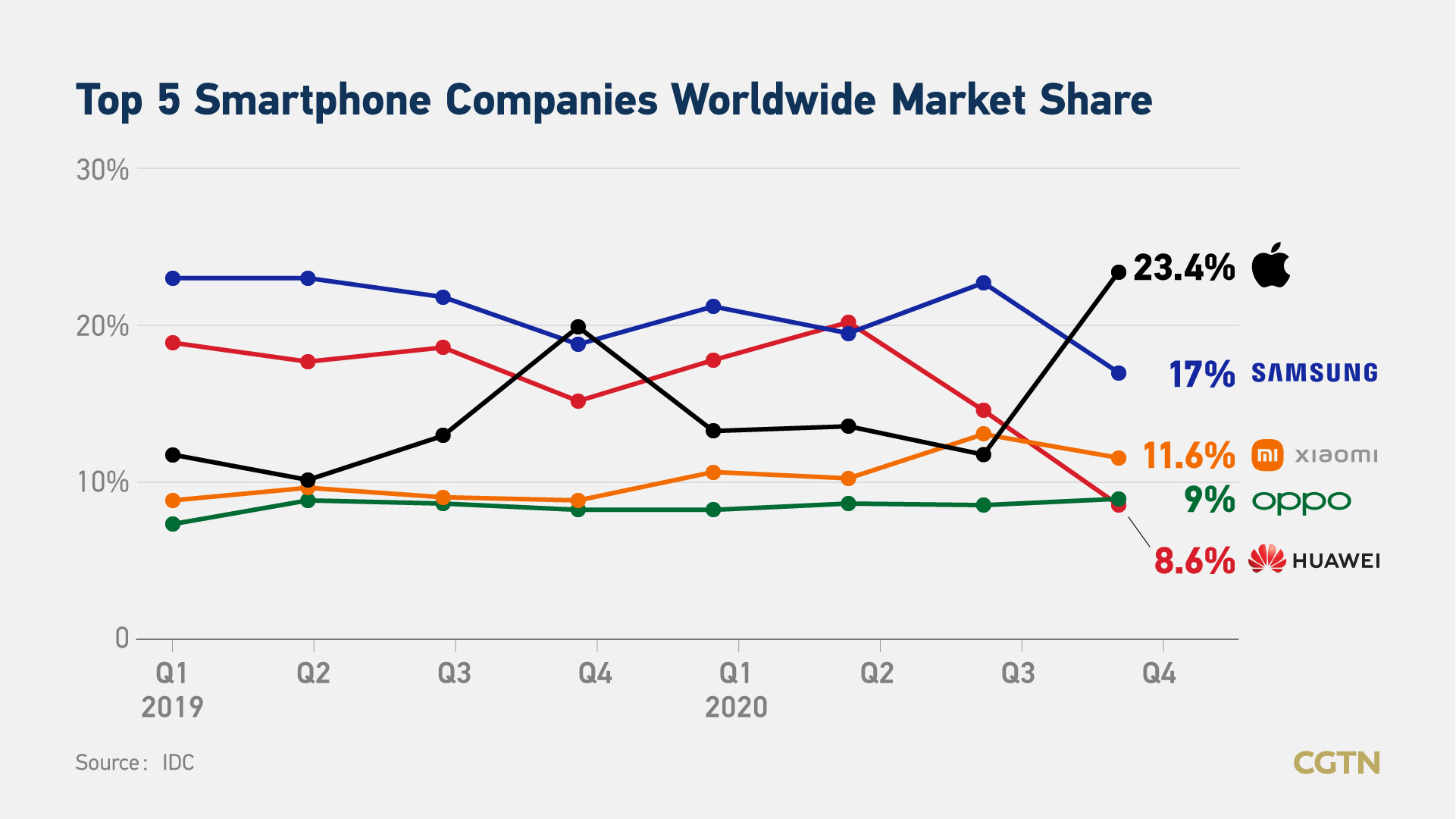 The slump is mainly attributable to the sharp revenue decline of its consumer business, which accounts for the largest share of its total sales revenue and requires the most chips.

In less than two years, the U.S. slapped four rounds of sanctions on Huawei, with harsher measures each time, leaving the firm's consumer business in a predicament, Yu commented after reposting an article about Apple's pleasing financial results, according to media reports.

Huawei's high-end mobile phone and tablet domestic market has been taken by Apple, while its mid and low-end market has lost out to OPPO, Vivo and Xiaomi, and its overseas market to Apple, Samsung and other domestic competitors, he posted. 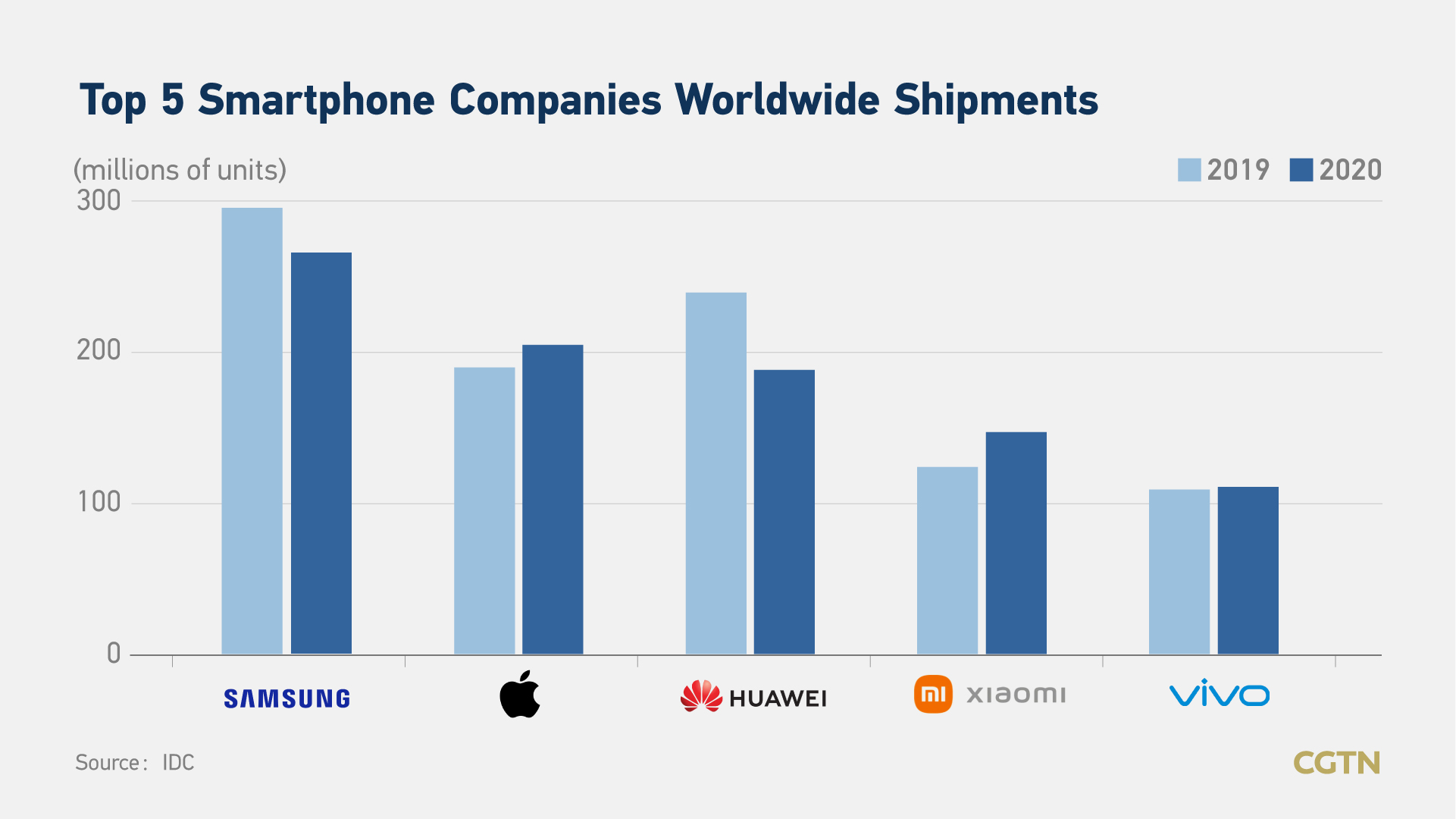 A report by market research company IDC backed up Yu's concerns. Huawei slipped to fifth place globally in the fourth quarter last year with a market share of 8.6 percent, according to IDC.

Other Chinese vendors Xiaomi, OPPO, and Vivo, all grew share during the last quarter. "In the low-to mid-priced segment, it is these vendors that are gaining the most from Huawei's decline, while most of the high-end share is going to Apple and Samsung," said the report.

In the first quarter of the year, Xiaomi registered its best single-quarter performance ever, with a 62-percent surge in shipments. OPPO and Vivo completed the top five. Huawei, which no longer owns Honor, was out of the picture due to U.S. sanctions, according to research firm Canalys. 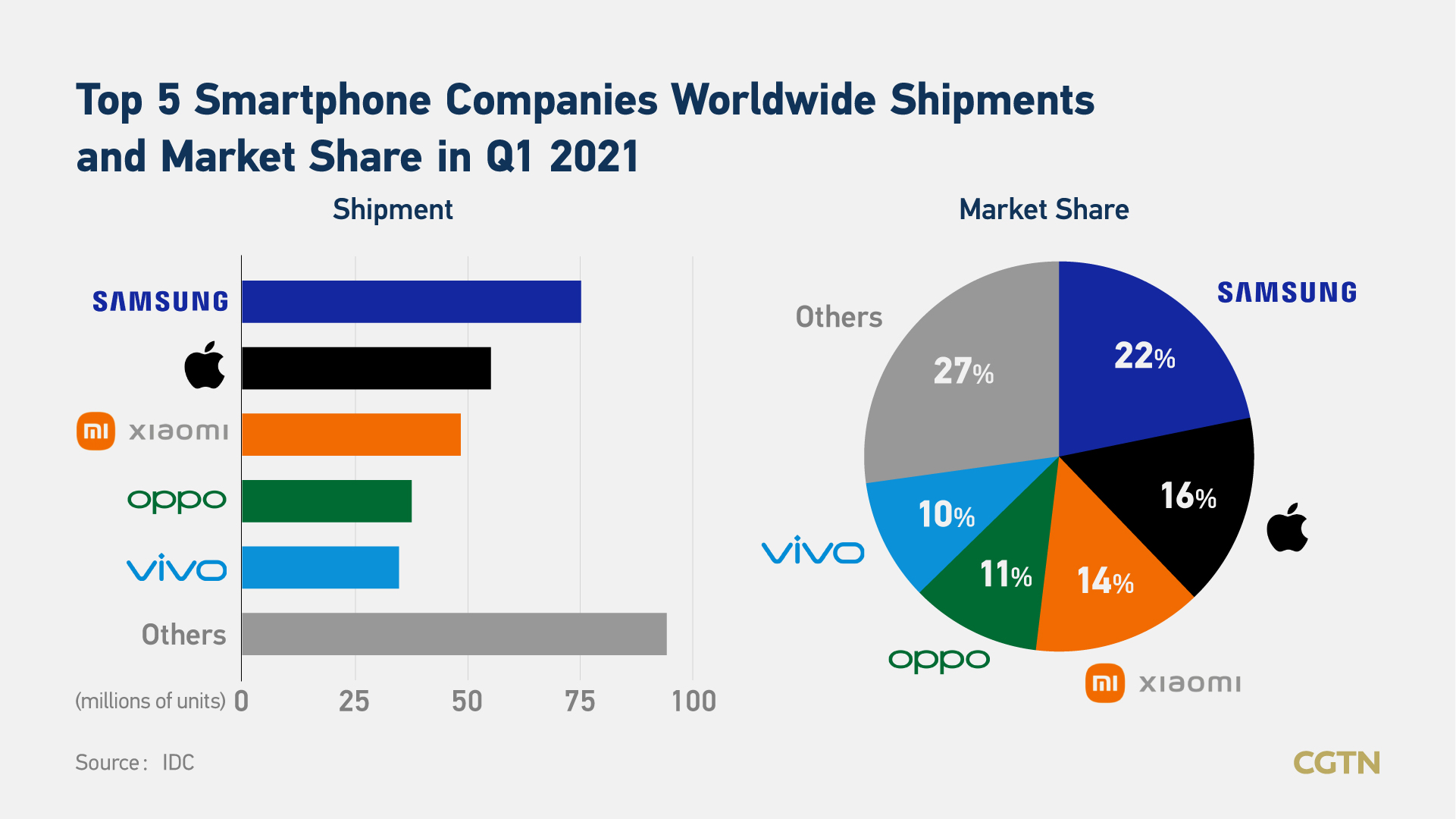 Facing the sharp decline in its consumer business revenue amid supply uncertainties, Huawei is now shifting more attention to software development, the auto sector and 5G.

Meanwhile, the telecom giant is piling into an already crowded e-car race, where automakers from America's Tesla to China's domestic upstarts Nio, Xpeng and Li Auto are battling for a slice of the world's biggest electric vehicle market.

Huawei officially started selling smart electric cars on April 19. Xu said the company will invest $1 billion in its automotive business in 2021, with a focus on building components for smart vehicles, including self-driving software platforms.

In addition, the company will continue to promote the full play of 5G and reduce energy consumption through technological innovation, according to Xu.