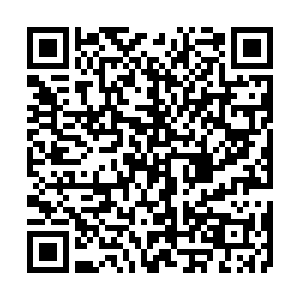 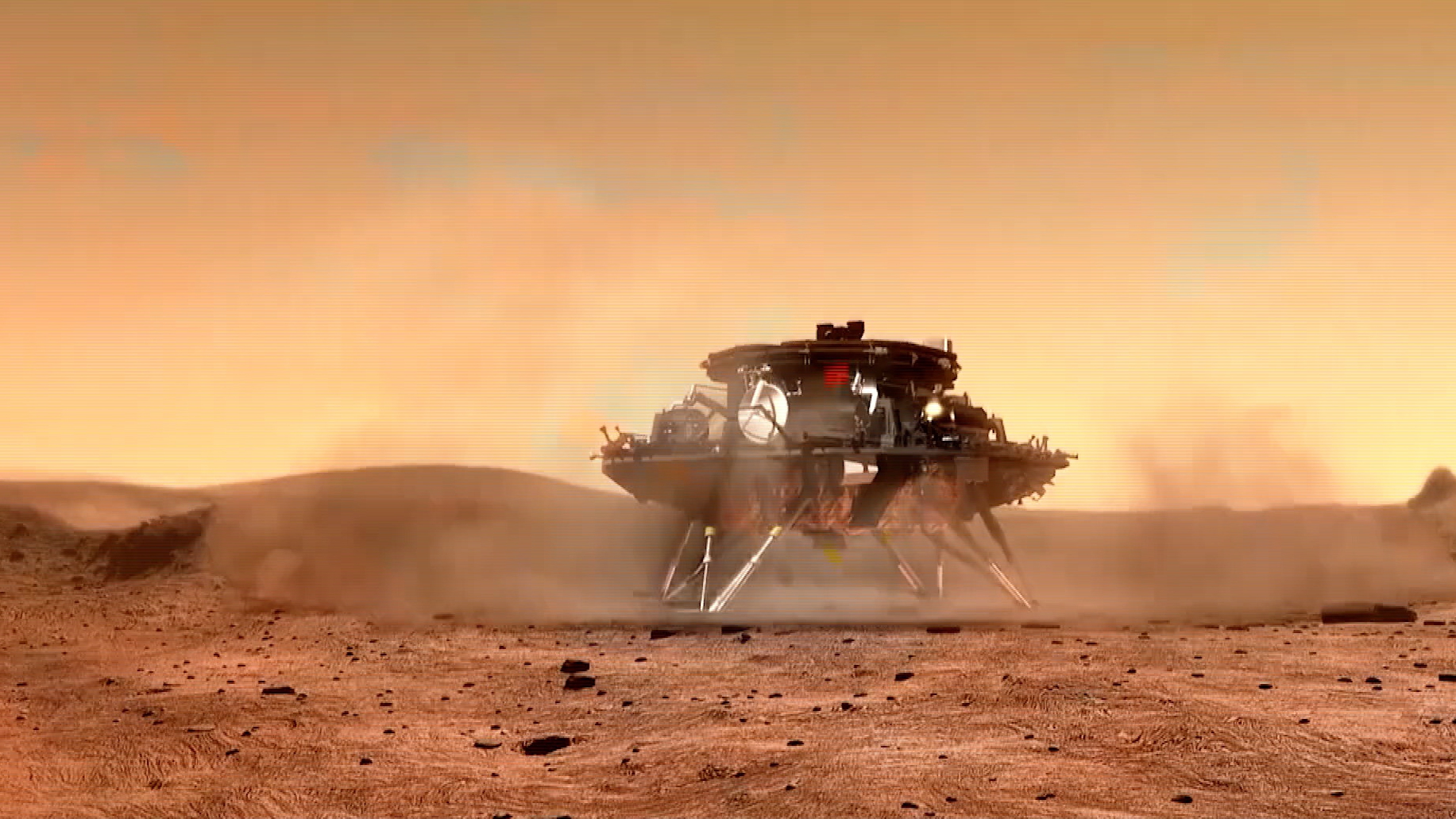 China's first Mars rover, Zhurong, has touched down on the red planet, becoming the country's first spacecraft landing on Mars on Saturday. On a note of celebratory breakthroughs, the rover will carry out more tasks and even encounter unknown situations in the following three months.

The landing module landed at a pre-selected zone in the southern part of an icy area of the planet known as Utopia Planitia. Zhurong's first task is survival, as the environment on Mars is no utopia at all.

Though it looks like a desert on Earth, the wind speed on the red planet can reach 180 meters per second, three times stronger than a typhoon on Earth. The strong gale could develop into a huge sandstorm stirred with massive sands and rocks. The rocks covered densely on the surface of Mars could also cause troubles for the rover.

Zhurong will take seven to eight days to conduct self-checks and survey the landing site before exiting the lander onto the Martian surface, according to Geng Yan, an official at the Lunar Exploration and Space Program Center of the CNSA.

Tianwen-1 Mars probe consists of an orbiter, a lander and a rover. Altogether, they carry 13 scientific instruments, with six fitted on the rover and seven on the orbiter.

They will conduct a comprehensive study on Mars, including an overall inspection and in-depth research into specific areas and evaluating the "habitability" of the planet.

The lander will conduct ground detection at a fixed location, and Zhurong will rove the planet to explore multiple sites during its lifespan of at least 90 Martian days, or 92 days on Earth.

Zhang Rongqiao, chief designer of China's Mars Exploration Mission, said the rover's three-month lifespan is "a result of comprehensive consideration." He said the rover will collect all the data they need in the first three months, with all the payloads on and convey the data to Earth via the orbiter for relay transmission.

The rover's multispectral camera surveys Martian elements, minerals and rock types. Its surface composition detector looks for hydrated minerals by vaporizing rocks and analyzing their composition. The ground-penetrating radar digs deeper into the surface, 10 to 100 meters down into the ground, to survey the soil structure and search for water or ice.

After three months, the orbiter, which has returned to the parking orbit to provide relay communications for the landing module, will circle the red planet to explore from above for an entire Martian year, or roughly 23 months.

With a high-resolution camera and radar, it will map the surface and characterize its geological structure, searching for water and ice, as well as rock distribution.