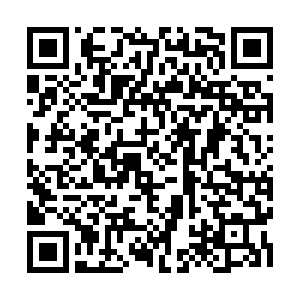 The United States Senate Commerce Committee passed "The Endless Frontier Act," a new proposal designed to support a stronger U.S. technology base: a move that could be a more substantial play in the ongoing U.S.-China hi-tech competition. What does this act mean for the U.S., China and other global players?

James Andrew Lewis, senior vice-president at the Center for Strategic and International Studies, said the bill is seen as part of "a larger strategic competition with China" and the Congress is united in the need to respond to Chinese competition.

"When we looked at the growth of China's R&D, which is welcomed for general innovation, people felt that the United States, which hadn't been spending enough for the last 20 years, needed to increase the funding," Lewis said.

Prof. Liu Baocheng from the University of International Business and Economics said supporting continuous innovation is the right thing to do, but identifying China as a foe to rationalize such support is childish.

Liu pointed out that technology by its own nature needs to be shared, emphasizing the China-U.S. rivalry deviates from the original purpose of supporting science and technology.

Liu thinks China is being used as a straw man since it still has a large gap with the U.S. in terms of the level of technological development. He said that the number of papers published in Science and Nature and the number of patents don't show the whole picture of a country's innovation pace.

"Most Chinese patents are really on the improvement side, more of utility instead of breakthrough technology," said Liu.

Prof. Iain Begg from the London School of Economics and Political Science said it is a three-way competition between Europe, China and the United States, and Europe fears that it's the one lagging behind.

"We can understand, in European terms, why this American initiative is taking place. They want to insulate themselves from what is seen as very strong competition emanating from China. But Europeans too need to up their game to find a way to compete with it," Prof. Begg said.

Prof. Liu agreed that there is a big triad, but he added that developed countries such as Japan and South Korea and many emerging economies also participate in the global innovation arena.

Liu used the example of COVID-19 vaccines to illustrate that many scientific and technological advances are results of global cooperation. "It is a global effort which will benefit consumers, and will be testified and rewarded by the market in the end."