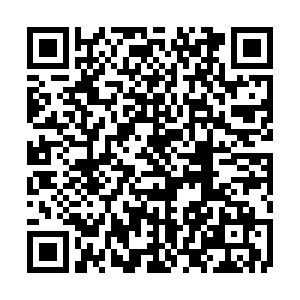 There weren't as many dogs in my neighborhood decades ago as there are today.

I live in a typical working-class residential area in Beijing. Back in the '90s labradors or huskies were still rare. Occasionally cats emerged from behind pulled curtains, standing still with eyes that revealed little interest in the world on the other side of the window.

Owing a pet then was a little luxurious. A 16.5 RMB Big Mac combo meal cost nearly eight percent of the average Beijing employee's monthly wage in 1992 when the McDonald's opened its first restaurant in the Chinese capital.

Before leashed dogs started dragging their owners around the block, a few stray cats claimed the streets that ran through my neighborhood. They were not so much fearful of humans as they were suspicious. Mischievous kids liked corning them, but often ended up running away soon as the furry creatures started snarling in defense.

By the time I started college and Beijing was sprucing up for the 2008 Olympics, there had been an active pet economy in the city catering for about a million family dogs and cats, which was valued at about 1.2 billion yuan, according to a 2006 report by Beijing Morning News paper. People were also willing to spend more on purebred pets. The same report said that pet shops had no difficulty finding a buyer for a poodle worth hundreds of thousands of yuan.

Huge government expenditure kept the Chinese economy above the water following the 2007 financial meltdown. 2010 was the last year to date that China's GDP grew by more than 10%. In the same year, Beijing Daily newspaper found that the real number of pets owned by Beijingers was simply “beyond what any authority could count.” Pet owners’ cash kept funding niche businesses. Some affectionate masters didn't blink an eye at purchasing a 10,000 yuan grave to bury a dead pet, the report found.

But the public was still fairly conscious about the cost of owning a pet. Being a community reporter, I was once sent to investigate allegations of charity fraud against an old woman. One of the reasons that her neighbors reported her to the authorities and tipped off the press was because “she owns a dog,” even though the ownership, alongside having a mobile phone, wouldn't have affected one's credibility to claim social benefits in Beijing.

By the time I left the local news agency a few years later, holiday makers having trouble finding a temporary home for their animals had become a recurring topic. Luxury pet hotels that provided dog and cat massages were occasionally frowned upon in editorials. Similar stories are increasingly rare today. Probably because the national average disposable income has increased large enough to wipe them off local business headlines (by around seven-fold between 2020 and 2001).

There were about 63 million pet owners in China by 2020 living with around 100 million cats and dogs, according to an industry white paper issued last month. More than 80% of the owners surveyed for the paper viewed the pets as a “member of family.” The epidemic has increased appreciation for the company of pets when humans were trapped inside. Affection laid the foundation for a 210-billion-yuan market.

Another interesting takeaway from the white paper is that 15% more married couples than in 2019 said pets were like their “children.” This is even more interesting if read against the picture that China's birth rate extended its falling streak last year to 1.3 children per woman in 2020, according to the national census result published this week.

Following the census data release, there have been immediate market analyses suggesting that the pet industry could benefit from China's changing demographic landscape. Their logic is simple. Single people and the elderly whose children work away from home need companion that pets can provide.

There were 264 million Chinese aged 60, comprising 18.7 percent of the total population, and 240 million who hadn't married by 2020, the census found. This is large enough to make pet business owners' hearts sing should the analytical logic hold true.

Elderly people square dancing while their pet dogs running around their feet is a daily scene in my neighborhood. Hardly a day passes by without one seeing some cat or dog photos and short videos on Chinese social media. Their cute faces are comforting, and their comical moves joyful, so much so that for a brief moment they almost make us forget about profound things in the human world.