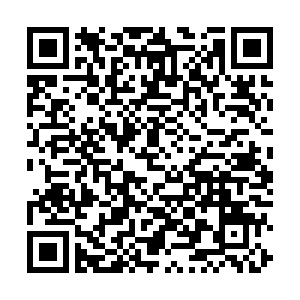 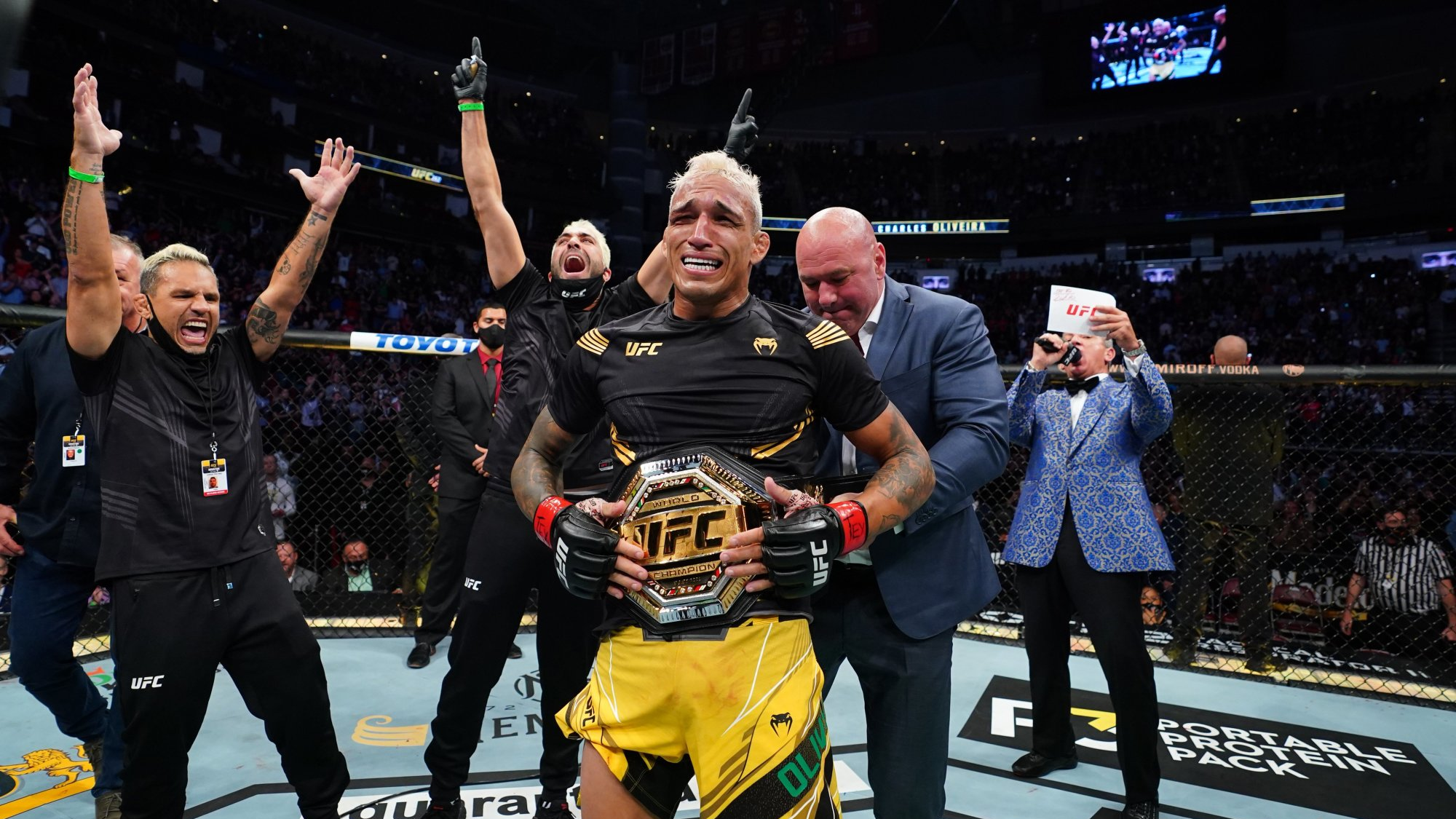 Charles Oliveira (C) of Brazil is crowned the new UFC Lightweight Champion following his KO win over Michael Chandler in the main event of UFC 262 at the Toyota Centre in Houston, Texas, U.S., May 15, 2021. /Zuffa

Charles Oliveira (C) of Brazil is crowned the new UFC Lightweight Champion following his KO win over Michael Chandler in the main event of UFC 262 at the Toyota Centre in Houston, Texas, U.S., May 15, 2021. /Zuffa

They say styles make fights. The main event for the vacant lightweight championship at UFC 262 takes that to its absolute extreme. On one side is Charles Oliveira, a Brazilian Jiu Jitsu specialist from Sao Paulo who has been in the UFC for over a decade and, across 27 bouts, slowly but surely improved to the degree where he could finally get into a championship bout.

On the other is Michael Chandler, a former Division I wrestler from Missouri who specializes in traditional American-style MMA fighting and got a title shot in only his second bout in the company. He spent a decade dominating rival promotion Bellator MMA before joining UFC for UFC 257 on January 24 and starching Dan Hooker in his debut.

If there is one area where the two men overlap, it's that their combat styles gravitate towards action: Of Oliveira's 31 wins, 28 came from finishes. Even at UFC 256 when he beat Tony Ferguson by decision, it was 15 minutes of nonstop hunting for a finish. Likewise, for Chandler, his 22 wins include 10 knockouts and 7 submissions; along the way, he won the Bellator MMA Lightweight championship three times.

There's also the fact they're both very nice men. In an era often defined by bad blood, real and kayfabe, Oliveira coming to the Octagon and shaking hands with Chandler and all his cornermen before the bout, and the two men wishing each other good luck before the bell, is a good reminder that as much as UFC want to go in a sports entertainment direction, at the end of the day, this is martial arts. 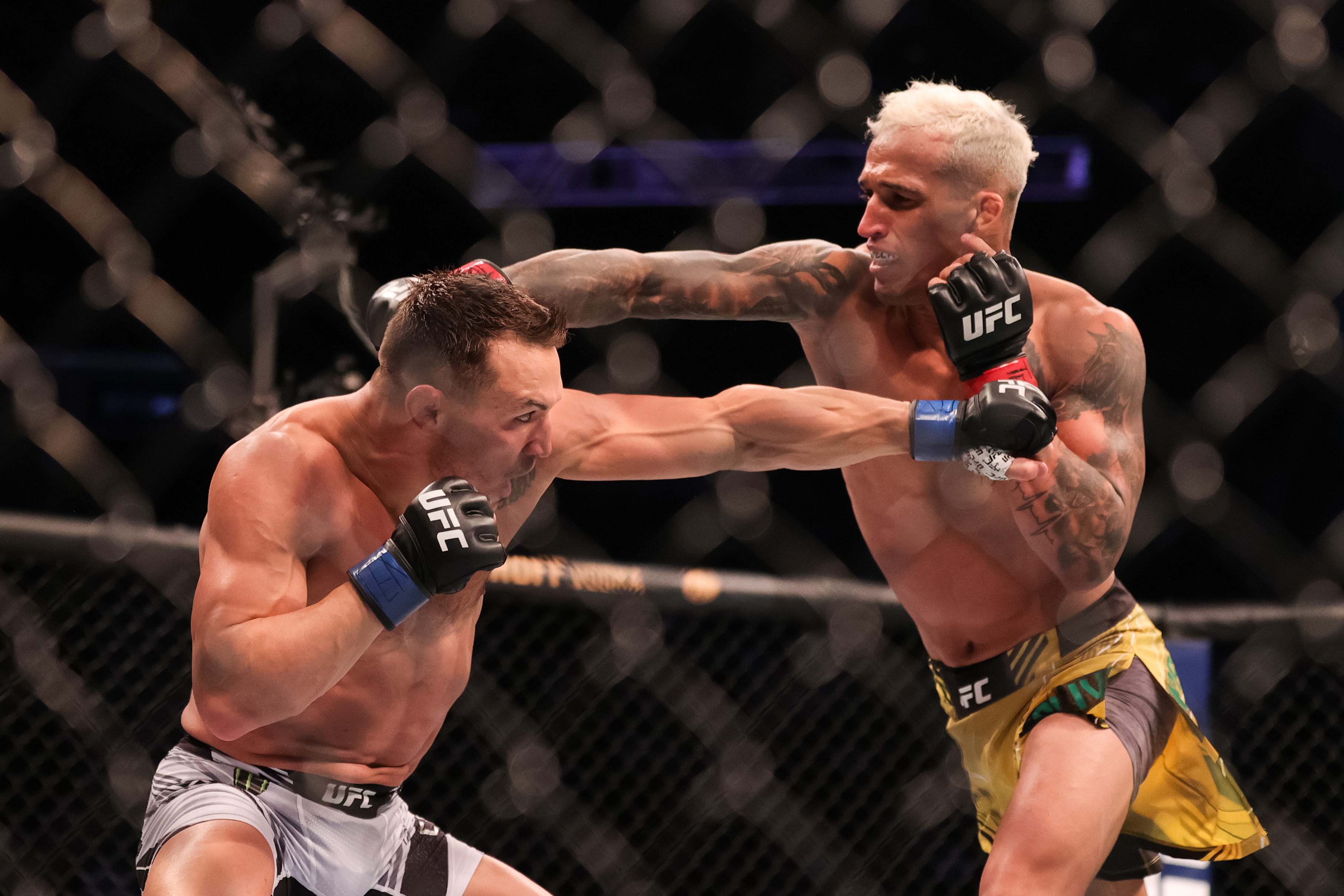 Five seconds in, that became clear physically when Oliveira swept Chandler with a leg kick. That was all it took to end the range finding process. Chandler quickly regained his balance and immediately went to work on Oliveira's body, closing the distance with the lankier, rangier man.

Quickly he found Oliveira's chin and staggered him with a short left; Oliveira instinctually went for a takedown and ended up in a front guillotine. The pressure caused blood to squirt out of the Brazilian's head. Chandler loosened the hold to change from a head-and-arm choke to a straight choke and Oliveira escaped. In the ensuing scramble, he took Chandler's back.

Only a minute had elapsed in the fight.

The BJJ master worked into backpack position and tried for a choke. Chandler postured up, got to his feet then leapt backwards to try and slam Oliveira. Instead it let him wrap his legs around the body from a higher position.

On a pound-for-pound basis, wrestlers are the strongest athletes on Earth. With 155lb Charles Oliveira on his back, hand fighting to try and lock in a rear naked choke, Michael Chandler still managed to get free, back to a standing position. At this point, it was just beyond the first half of the round. Charles Oliveira (R) stuns Michael Chandler with a left hook in the main event of UFC 262 at the Toyota Centre, May 15, 2021. /Zuffa

Charles Oliveira (R) stuns Michael Chandler with a left hook in the main event of UFC 262 at the Toyota Centre, May 15, 2021. /Zuffa

Chandler let Oliveira to his feet and went headhunting. With his back to the cage, Oliveira got rocked and went to the ground. Chandler chased him into his guard and went to finish with ground and pound strikes. Every hit did damage, however they were few and far between as the exceptional ground defense of Oliveira allowed him to shuck and jive, parrying shots from his back, eventually pulling Chandler into a butterfly guard.

He escaped as the horn sounded the end of Round 1. The 16,005 in attendance at the Toyota Centre gave Chander a massive ovation – and he totally deserved it.

Nick Diaz and Paul Daley are said to have had the best one round fight in MMA history at the Strikeforce: Diaz vs. Daley event in 2011. Had Chandler vs. Oliveira ended before the buzzer, it would have been a rival.

However, fans only had to wait 19 more seconds to get the finish they wanted. Round 2 began as if Round 1 hadn't ended. The two men met in the middle of the Octagon and began trading again – only this time Oliveira landed clean left hook that sent Chandler scrambling backwards. Oliveira chased him, levelled him with another then finished him off with strikes on the mat.

As referee Dan Miragliotta waved it off, Oliveira jumped out the cage and went celebrating with the commentary team, UFC President Dana White and the fans who were in attendance for only the second time in the U.S. since the pandemic began.

It wasn't one exceptional performance and a stunning reversal of fortune. Though the shadow of Khabib Nurmagomedov still hangs over the division he retired from undefeated, this was the perfect fight – not simply to crown Charles Oliveira as a new champion after almost seven months of confusion in the division, but to begin a new lightweight era.