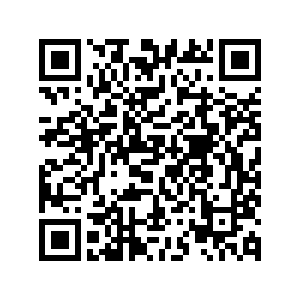 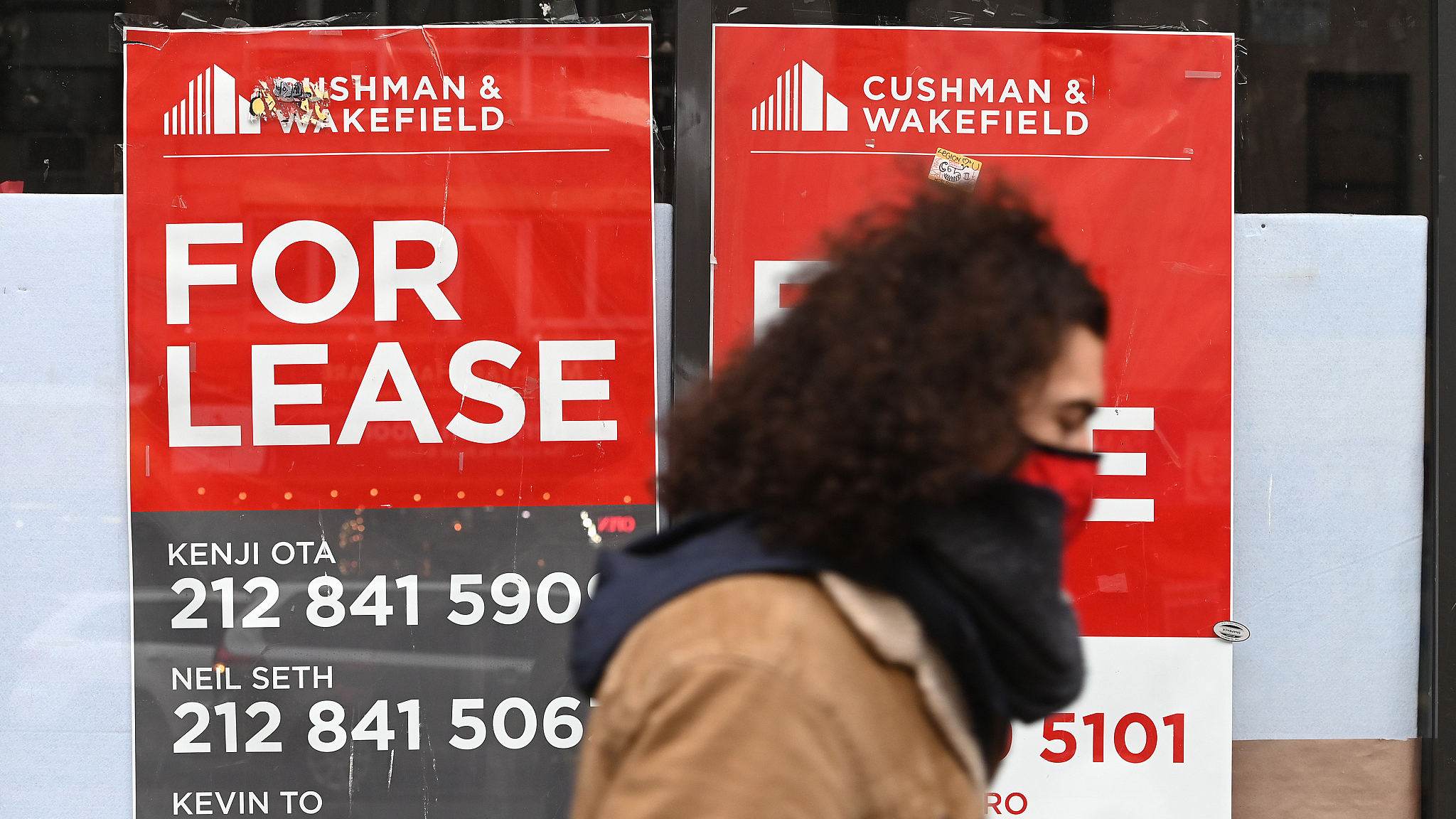 A man wearing a red mask walks past a vacant storefront that is available for lease or sale along 125th Street in the Harlem neighborhood of Manhattan, New York, U.S., January 26, 2021. /VCG

A man wearing a red mask walks past a vacant storefront that is available for lease or sale along 125th Street in the Harlem neighborhood of Manhattan, New York, U.S., January 26, 2021. /VCG

Inequality in America has become a leading issue in the past two decades, as middle-class wages have stagnated, while the rich have seen an explosion in wealth. While Democrats have long championed the working class, their leadership has become culturally ever more distant from the "common man," particularly those of European heritage.

Meanwhile, the Republican party consistently represented corporate and wealthy interests. Yet, the Donald Trump legacy in the party is to champion those left out of capitalist growth and make war on the elites. Both parties know that inequality is real and a reservoir of disaffection that either side may exploit for political advantage.

Several factors explain this deepening institutional gap between rich and poor. They include education, taxation, compensation, and structural issues related to access, social services, and infrastructure. Other variables certainly impact these obstacles, and the demographic and cultural diversity of America means a one-size-fits-all explanation is fraught with difficulties. Nevertheless, we can explore a bit more deeply on several areas.

Let's start with education. The United States already has widely disparate primary and secondary schooling opportunities, with typically private school pathways to greater success in post-secondary admissions and income performance and the rest relying on public schools. Since they are funded locally, public schools have vastly different resource pools from which to draw, as urban, low-income neighborhoods face equity gaps along with other social challenges that undermine advancement.

Moreover, public schools serve students with widely disparate capabilities, circumstances, and needs, and thus cannot target preparation for the 21st-century economy. Hence, few Americans populate the most renowned graduate programs in science, technology, and engineering. As the economy has become globalized, Americans are not producing world-class talent domestically, and within the country, vast inequality predominates.

Efforts to enact reforms that establish a common core with associated standards to lift test scores and performances have borne little fruit thus far, with the decline escalating for those with less cultural capital and fewer tangible resources.

Relatedly, tax policy favors capital over labor. The United States has lowered income and corporate taxes significantly over the past three decades and reduced the size of government and hence shrinking funding for social services in general. Even when income tax rates are raised, the affluent can move businesses offshore or take indirect compensation and have famously avoided paying an equitable share. This led some like Senator Elizabeth Warren of Massachusetts to call for a more general "wealth tax" that would include property, assets, and investments. 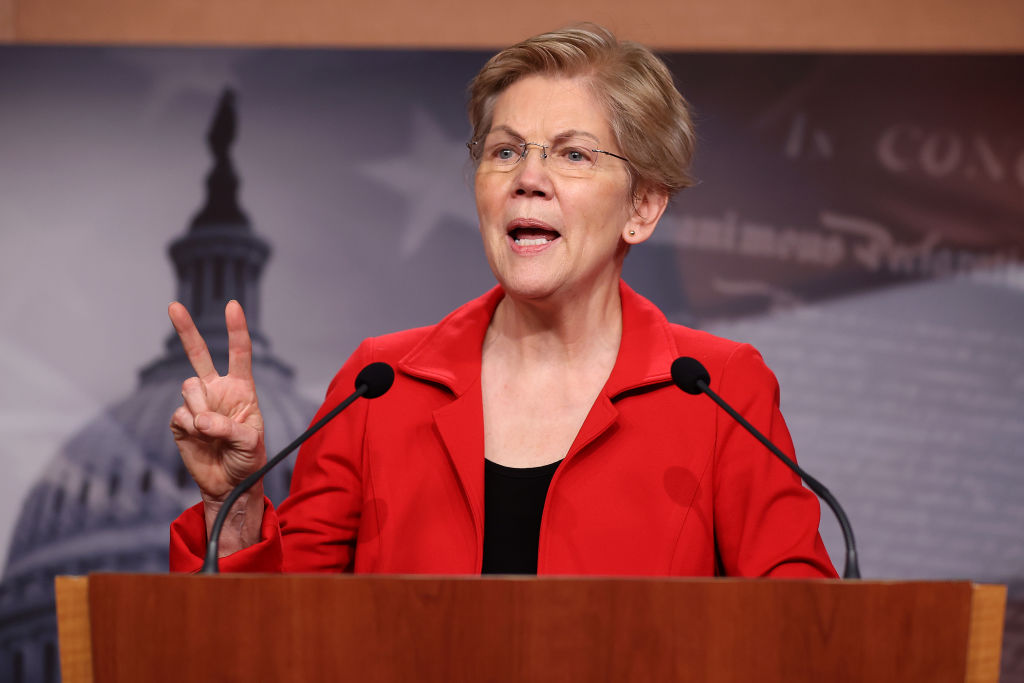 Sen. Elizabeth Warren (D-MA) holds a news conference to announce legislation that would tax the net worth of America's wealthiest individuals at the U.S. Capitol in Washington, D.C., March 1, 2021. /Getty

Sen. Elizabeth Warren (D-MA) holds a news conference to announce legislation that would tax the net worth of America's wealthiest individuals at the U.S. Capitol in Washington, D.C., March 1, 2021. /Getty

While such policy must overcome the stigma associated with socialism in America, it could level the playing field through progressive taxation. As it stands, the U.S. government really lacks the resources to meaningfully transform the inequity described here, or to invest in the future sources of growth. Likewise, the burden of private healthcare insurance and medical services often consumes a lion's share of disposable income or undermines wage growth due to the exploding costs of coverage.

The vulnerability felt by the poor in America, who lack guaranteed social programs in multiple areas of risk, find it enormously challenging to dig out from underneath. Without the robust social safety net found in Europe, the working poor struggle to provide high-quality university education or avoid the near bankrupting impact of mental and physical health conditions, along with the rising tide of inflation, particularly in housing.

Wages have not kept up, and the middle class has been hollowed out, though global competition makes relying on the past a poor benchmark; the United States will never again comprise half of the world economy as it did in the 1950s, an unrealistic and unattainable golden age.

The American neoliberal model eschews industrial policy in deference to private capital, investment banking, hedge funds, and the like. However, infrastructure has become a watchword both for Democrats and some Trump-influenced Republicans. Those who recognize the great strides in transportation, communication, energy, and other sectors of the economy across East Asia (and most dramatically in China), are now considering pathways to modernize American research and development through public-private partnerships but also allowing the government to spearhead projects as well. Such resources can improve equity by creating well-paying jobs, resuscitating some domestic manufacturing, and providing connectivity to poorer communities.

This is a broad-brush look at some of the factors that have cemented inequality in America. Of course, one may explore systemic discrimination toward certain ethnic communities that may place further undue barriers. Moreover, hard-to-define cultural norms relating to work ethic, emphasis on education, savings, family support, networking, etc. play some role, as Asian Americans have now climbed to the top of the heap in educational attainment and income levels above even European Americans. Indeed, Americans are generally ignorant of the great strides in development taking place in many parts of the world and the impact of a global division of labor on the American working class.

While the complicating factors that drive inequality are structural and institutionalized, policymakers are increasingly recognizing the dangers that it creates for social stability and global competitiveness. The Joe Biden administration is throwing trillions of dollars at the problem, and some new innovative ideas are emerging; unfortunately for the United States, most of the bill is being paid by cashing in on future debt and will be unsustainable in the longer run.