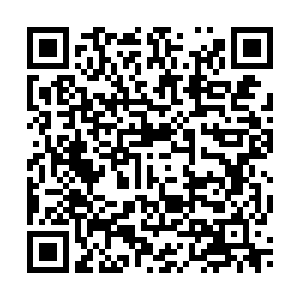 Editor’s note: The former prime minister of France, Jean-Pierre Raffarin, spoke about the book "Xi Jinping: The Governance of China". He said that although many Europeans believe that ancient civilizations often lack new ideas in their thinking, China, as both an ancient and modern civilization, has new ideas about the future. He believes that the promotion of "planetization" based on the Paris consensus will help China and the United States reduce differences. Opinions expressed in this video are his, and not necessarily those of CGTN.

CGTN: I know that you've met many Chinese leaders before, and you know pretty well about how China is run. You even asked President Xi to autograph his volume of the book "Xi Jinping: The Governance of China". What is your take on his book and his concept of governance?

Jean-Pierre Raffarin: The Chinese president gave me his book with – he signed it, yes. In this book, I think first of all it's very important when you are in office to read what you want to do for people. A very good French president Mr. Giscard d’Estang wrote a book when he was in charge to explain what is his strategy. And I think it's a good way of working.  In this book, there is a clear strategy of China. And it's important for everybody to understand the clear strategy. For example, a lot of people was thinking that China will become just like West countries, with the development of its market. But with Xi Jinping in this book, it's clear that the Chinese characteristic of socialism is the main point. And the main is the leadership of the Communist Party. So it's clear that’s how is the political model. It's clear to understand what the country wants to do. It's clear. And in that matter, we have a lot of vision, for example, innovation. I think it’s a very important word. It's a book about innovation, and there is always very strong words for youth and to ask youth to be innovative. And to go in university innovation center courses and so on to develop innovation to invent, to think the future. And I think that the main point in this book is to choose the future, to choose innovation. Sometimes in Europe, a lot of people are thinking that an old country has an old vision. I would like to explain that we can be a very old country, but you can also have a very new vision about the future. And that's what is read in this book.

CGTN: But I believe that you have also seen some fracture of relations between major countries. Mr. Raffarin, relations between China and the European Union have seen some difficulties recently over issues such as human rights and investment. Any suggestions for both sides?

Jean-Pierre Raffarin: Yes, I agree with you. The situation is not so good. We have to improve it. How can we improve the situation? Firstly, is to respect our old civilization. We have a very old civilization in China and in France. And we have to respect our civilization. Secondly, we need to understand what we need to have to make together. I think the last agreement in the world is the Paris Agreement. So we need to build consensus. It's difficult to have consensus in any field, very difficult. Between China and Europe, we have differences. We have differences in political matters. We are not the same political model. Of course. That's not new. We know that. And we need to have good respect for our models. Our model is democracy, and it's not the same model that’s the strategy of China with the Communist Party. So we have a very big difference, but we know that, for many years. But we have also, and feel, we need cooperation in the economical fields. In this field, we have to work together to improve win-win strategy. We have signed a very important agreement with investments between China and Europe, and we need to improve this agreement and to develop how investments-common investments. We need to have a win-win strategy. It’s not good for everything for China, it’s not good for everything for Europe. So we have to improve and to promote our own interest in this agreement. That's a cooperation for economic strategy, but also for the market. But also, and thirdly, we have to develop a common international strategy, a new multilateralism. The multilateralism has been founded in 1945, 75 years. It’s a very old strategy. And in this period, the world was not what it is now. Africa was not the same. Of course Asia was not the same. So we have a lot changed since 1945. So we have to think the new world. And I think for my own point of view that the main point is to promote the Paris consensus, the planetization. Such is the strategy that we have to develop. When we know and when we read the speeches of President Xi Jinping and when we read the speech of President Biden about the planet, the vision is not so different. So we can have consensus in this matter. Of course we have differences, we have ideological differences, we have a lot of differences. But we need to promote our consensus. And I think the planetization, the vision of the new planet for humanity is a good idea to promote a consensus. And that's the reason why I think that we can go ahead above our differences and to have a common vision of the future of the world.