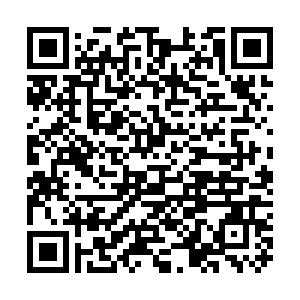 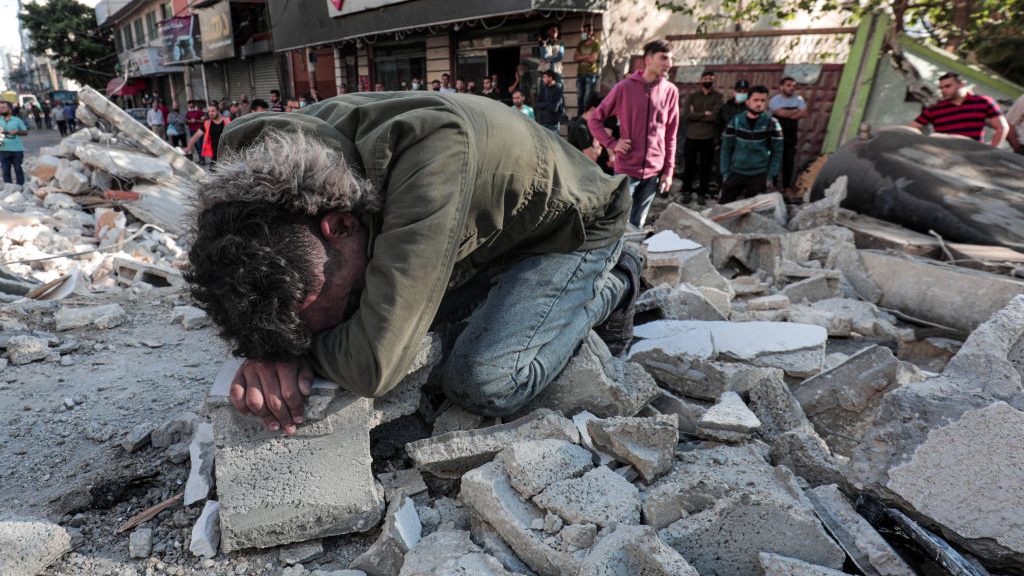 Palestinians from the same family evacuate children, women and the elderly alive and dead from under the rubbles of their destroyed home and search for others after an intense Israeli air raid on Gaza City, May 16, 2021. /Getty

Palestinians from the same family evacuate children, women and the elderly alive and dead from under the rubbles of their destroyed home and search for others after an intense Israeli air raid on Gaza City, May 16, 2021. /Getty

Editor's note: Keith Lamb is a University of Oxford graduate with an MSc degree in Contemporary Chinese Studies. His primary research interests are international relations. The article reflects the author's opinions and not necessarily the views of CGTN.

It's an understatement to say that the ongoing Israeli-Palestinian conflict is rapidly spiraling out of control. As tension in the Gaza Strip continued for the eighth day, three Palestinians were killed on May 17 in an Israeli airstrike, medical sources said.

Israel has defended these airstrikes as self-defense measures that target leaders and infrastructure linked to Hamas which has launched a series of rockets toward southern Israel. However, the number of innocent Palestinian civilian deaths will only stoke more anger among Palestinians who already feel aggrieved.

Hamas have justified their rocket strikes as a response to firstly, continued evictions, in what they see as a campaign to force Palestinians out of East Jerusalem, and secondly, violent clashes between Palestinians and Israel security forces at Al-Aqsa mosque. Importantly though, Hamas does not equal the Palestinian people which further adds incredulity to what Israel regards as legitimate civilian collateral damage.

While, UN Secretary-General Antonio Guterres called for an immediate end to the deadly Israeli-Palestinian violence on May 16, self-restraint would only be a temporary solution as underlying the current violence are mounting historical inequities.

For example, personal accounts of Palestinian forced evictions go back to the founding of Israel, and today, the Israeli occupation of the Palestinian West Bank and East Jerusalem sees no sign of cessation. It is this occupation and their illegal settlement that continues to fuel this conflict.

The UN Security Council released a press report stating that illegal settlement expansion undermines the prospects for a two-state solution to the Israeli-Palestinian conflict. The UN human rights office in response to further possible evictions in East Jerusalem has said that "the evictions, if ordered and implemented, would violate Israel's obligations under international law".

Consequently, if the international community is to tackle the Israeli-Palestinian conflict it must consider that the foundations of this conflict are also highly asymmetric in nature. This disparity of power is clearly evident in the daily civilian death toll that accrues rapidly on the side of the Palestinians.

Of course, recognizing the unevenness of the conflict and its historical roots is not about advocating Hamas' rocket strikes, it's about seeking a just and lasting solution to this conflict so that innocent blood, no matter what nationality, is not spilled

The recent comments of U.S. Secretary of State Antony Blinken about deescalating tensions and Israel having the right to defend itself cover up this imbalance and fail to address the historical foundations of the Palestinian-Israeli conflict.

Certainly, the draconian conditions on ground, described by the Palestinian ambassador to the UK, as he set about exposing the BBC's bias against Palestinian persecution, fell on silent ears when it comes to the U.S. This silence is even more pronounced considering U.S. administrations are so willing to disparage China's actions in Xinjiang Uygur Autonomous Region based on atrocity propaganda which has proven to be false. 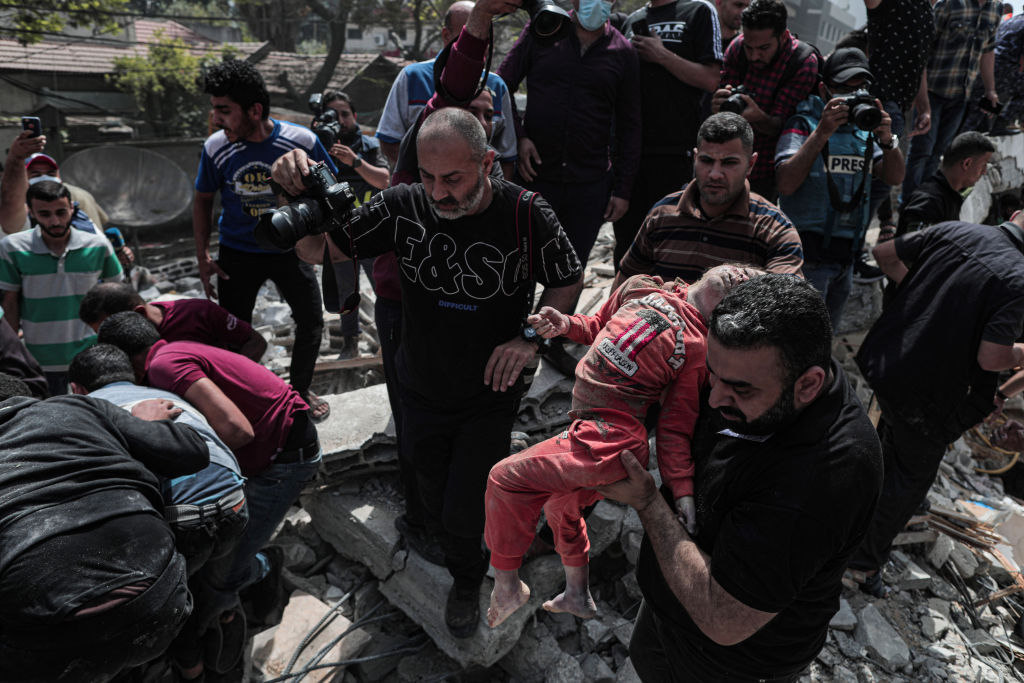 A Palestinian evacuates daughter from the rubble of a destroyed house after an Israeli air strike in Gaza City, May 16, 2021. /Getty

A Palestinian evacuates daughter from the rubble of a destroyed house after an Israeli air strike in Gaza City, May 16, 2021. /Getty

In their conversation, Wang advocated that the root cause of the deterioration of the situation is that for a long time there has not been a just solution to the Palestinian issue. The 1993 proposed framework for resolving the Israeli-Palestinian conflict, namely implementing a two-state solution, has not been carried through. Indeed, as Wang said, the right to build an independent state has been continuously violated.

Considering the Palestinian-Israeli conflict could easily transform into an all-out war which could have repercussions across the Middle East and the wider international community, it is important that a multilateral approach to this conflict is taken.

As part of China's efforts to support the Palestinian people to strive for the restoration of their legitimate national rights and support a just solution to the current issue through political dialogue, Wang reaffirmed China's support for the UN, the League of Arab States, and the Organization of Islamic Cooperation in playing a constructive role.

This multilateral effort must be shared by the U.S. too if the world is to make progress on what could be an uncontainable crisis should it turn into an all-out war which would jeopardize the stability of the Middle East and could pull in interests from further abroad.

Thus far, as reported by several news outlets, the U.S. is the only member of the UN Security Council that has dragged its feet in issuing a joint declaration aimed at reducing tensions. Indeed, China, as the president of the Security Council for May, has pushed the Council to hold two emergency consultations on the Palestine-Israel conflict but the U.S. has blocked all joint efforts.

History proves, when it comes to peace in the Middle East, that the U.S. has an abysmal record. Nevertheless, history never stops and today the U.S. has the opportunity to stand jointly with the rest of the international community and Israeli and Palestinian civilians alike to work for a better peaceful multilateral future in the Middle East.