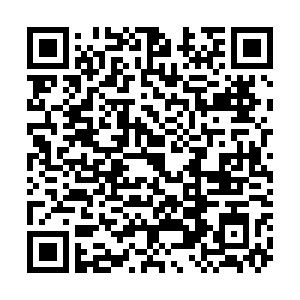 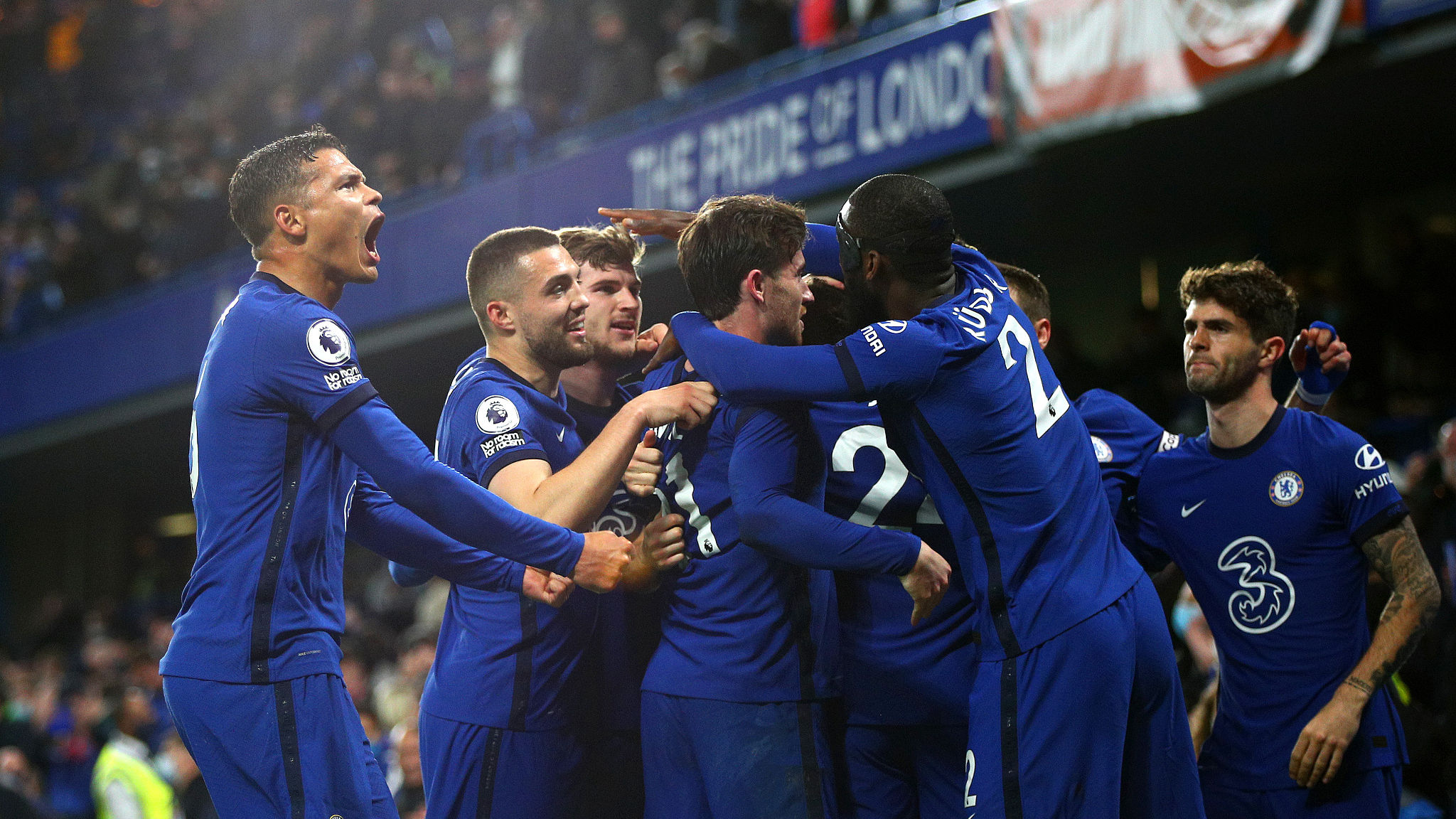 Players of Chelsea celebrate during the Premier League match against Leicester City in London, England, May 18, 2021. /CFP

Players of Chelsea celebrate during the Premier League match against Leicester City in London, England, May 18, 2021. /CFP

Chelsea seized control of their destiny in the Premier League top-four battle as they avenged their FA Cup final defeat by Leicester City to beat them 2-1 at Stamford Bridge on Tuesday.

Roared on by 8,000 fans, Thomas Tuchel's side dominated and were rewarded after the break with Antonio Rudiger bundling in their opener before Jorginho rolled home a penalty.

Timo Werner twice had goals ruled out before the break while Leicester, who looked flat after Saturday's celebrations, offered little threat until Kelechi Iheanacho gave the visitors a lifeline with a cool finish in the 74th minute.

It was a nervy climax and Ayoze Perez wasted a glorious late chance to equalize but Chelsea clung on for a priceless win that moved them into third place on 67 points with one game remaining, meaning a win at Aston Villa on Sunday will guarantee them a seat at the Champions League next season.

For Leicester, there is now the looming possibility that they will let a Champions League berth slip through their fingers for the second season in succession.

A win would have ensured a top-four finish but they will drop to fifth if Liverpool win at Burnley on Wednesday.

Leicester, who have 66 points, finish with a home game against Tottenham Hotspur while Liverpool's final game of the season is at home to Crystal Palace.

Elsewhere in the Premier League, Brighton & Hove Albion scored three times in the second half to fight back from two goals down and beat Manchester City 3-2 at home in a thrilling encounter in which the champions lost Joao Cancelo to an early red card.