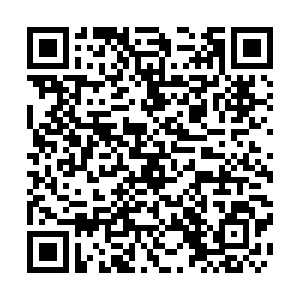 The Chinese government's indefinite suspension of a key economic dialogue with Australia two weeks ago is the latest development in the diplomatic row between the two nations.

The decision to stop all activities under the framework of the China-Australia Strategic Economic Dialogue was made following Canberra's recent restrictions on and suppression of some of the two-way trade and investment projects, China's top economic planner said.

On Tuesday, Jin Xiandong, spokesperson for China's National Development and Reform Commission, urged Australia to stop interfering in the trade cooperation between the two countries and treat Chinese companies fairly.

Bilateral relations have soured since last year when Australia imposed anti-dumping duties on some Chinese products and banned Huawei from building its 5G network on national security grounds. Ties have also been further strained over a differing stance on China's Xinjiang, Hong Kong and Taiwan issues and the COVID-19 pandemic.

As a result, Chinese investment in Australia plummeted by over 61 percent in 2020, hitting a record low over the past six years, according to a database released in March. 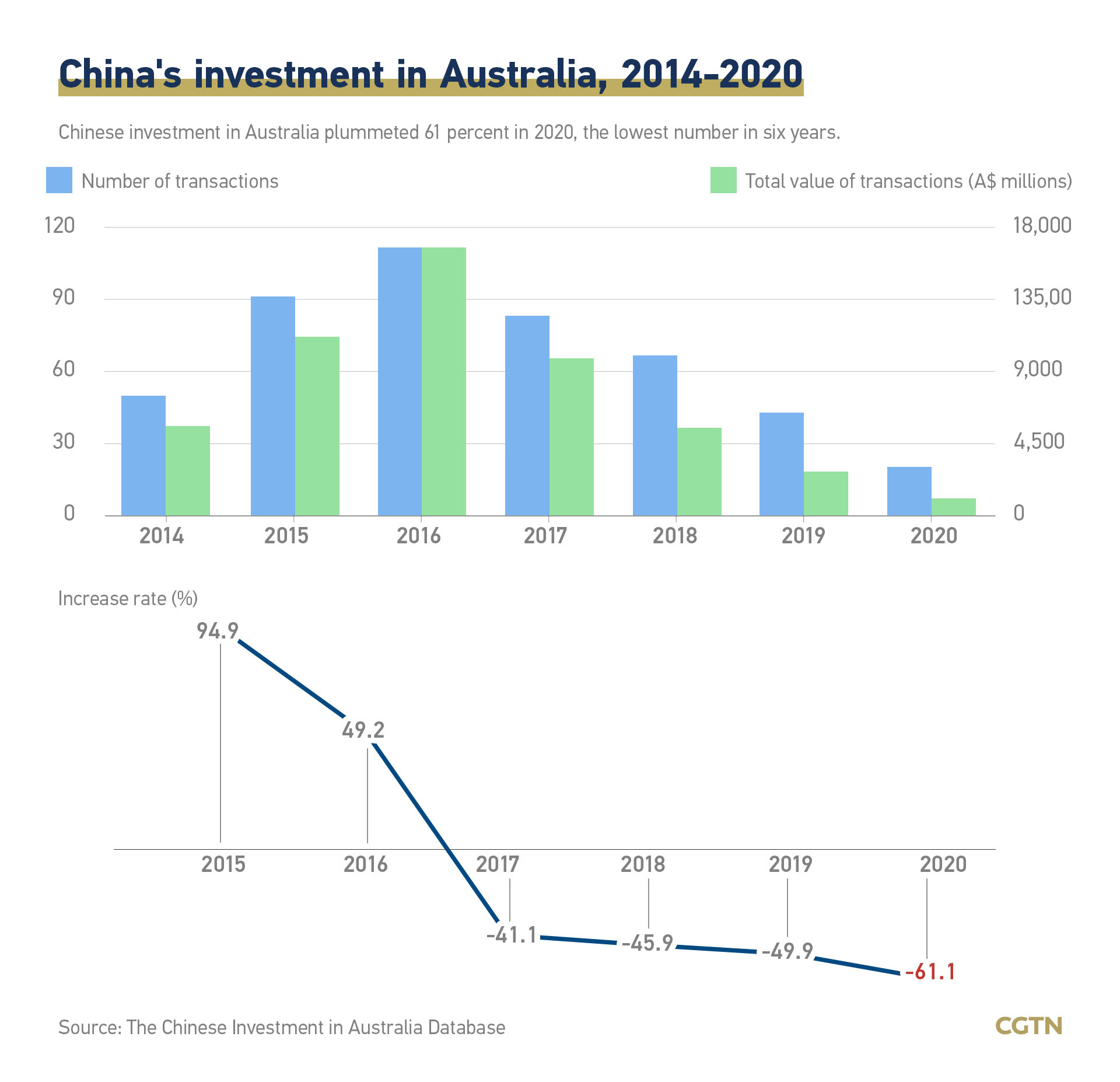 The number of investment transactions in 2020 contracted to 20 from 111 in 2016, with a more than ten-time value shrink, the Chinese Investment in Australia Database (CHIIA) at the Australian National University shows.

The decline in Chinese investment in Australia is much larger than the falling global foreign investment last year caused by the COVID-19 pandemic, said Dr Shiro Armstrong, director of the East Asian Bureau of Economic Research at the Australian National University.

How reliant is Australia on China? 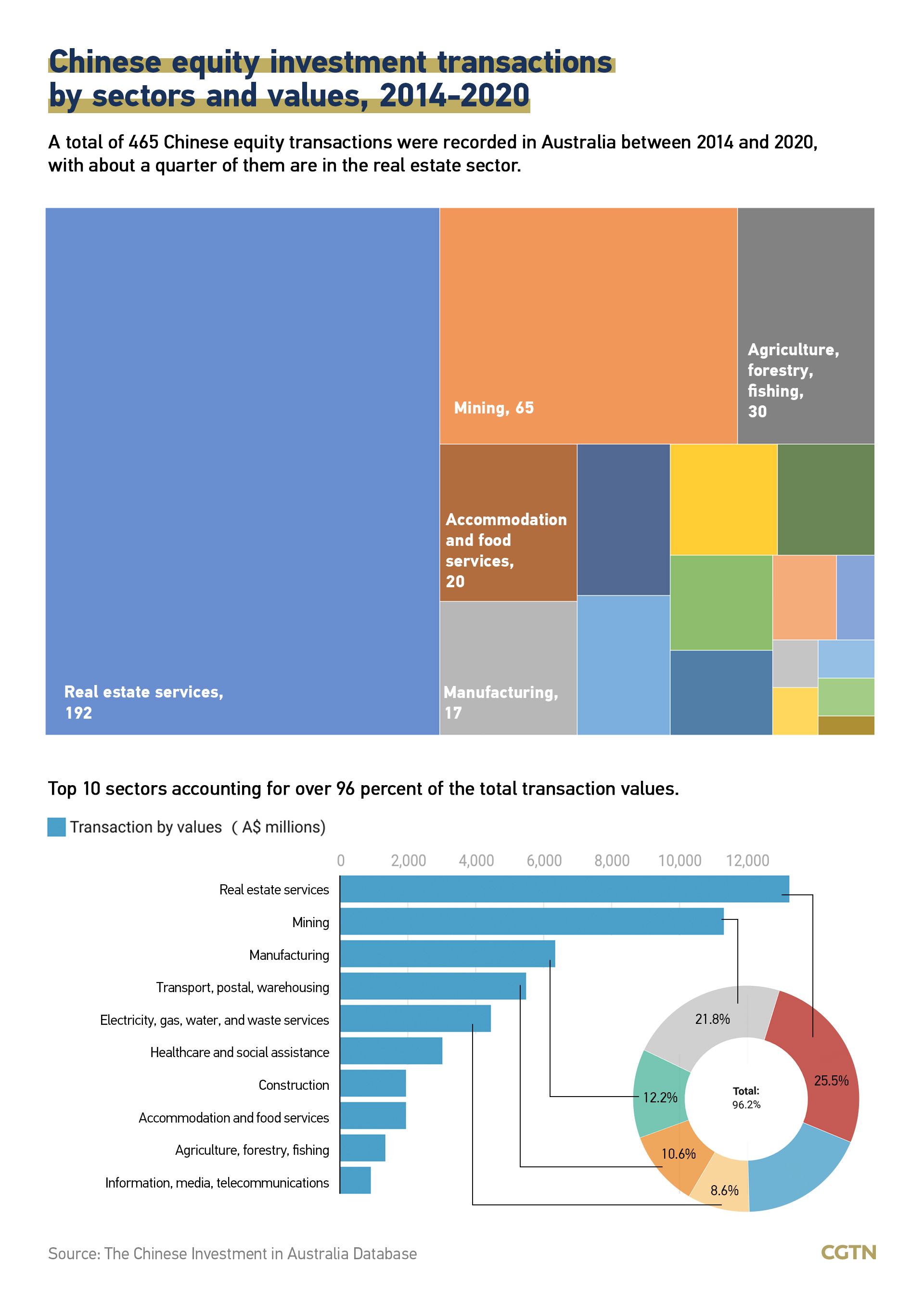 Australia has grown to be the most popular destination for Chinese outbound real estate investment in 2016, data from Knight Frank shows.

China is also Australia's largest and most valuable inbound tourism market, with 1.4 million Chinese visitors spending 12.4 billion Australian dollars in 2019 before the closure of international borders due to COVID-19, according to the Australian Government Department of Foreign Affairs and Trade.

In the education sector, although the number of Chinese students in Australia saw a 10-percent drop in 2020 due to the tensions in bilateral relations, China is still the biggest source of international students for the country. Chinese students accounted for 28 percent of the total foreign students last year, data from the Australian Department of Education, Skills and Employment showed. 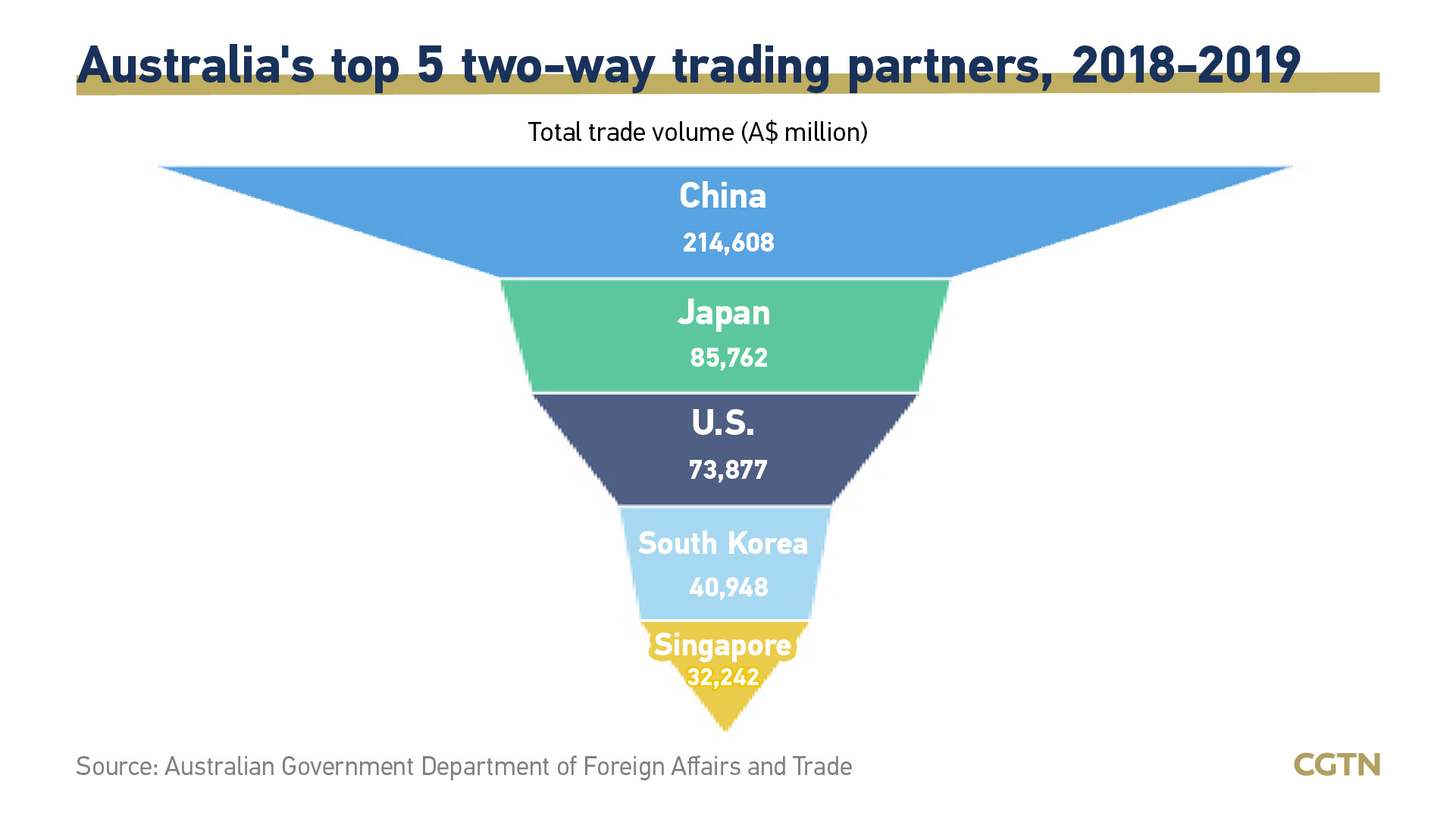 On the other hand, China has been Australia's largest trading partner for almost 10 years. In 2019, its trading volume accounted for 32.6 percent of Australia's total exports.

China remained the top market for almost all of Australia's top 10 exported goods and services. Resources like iron ore, copper ore, natural gas and gold are the backbone of Australia's exports to China. 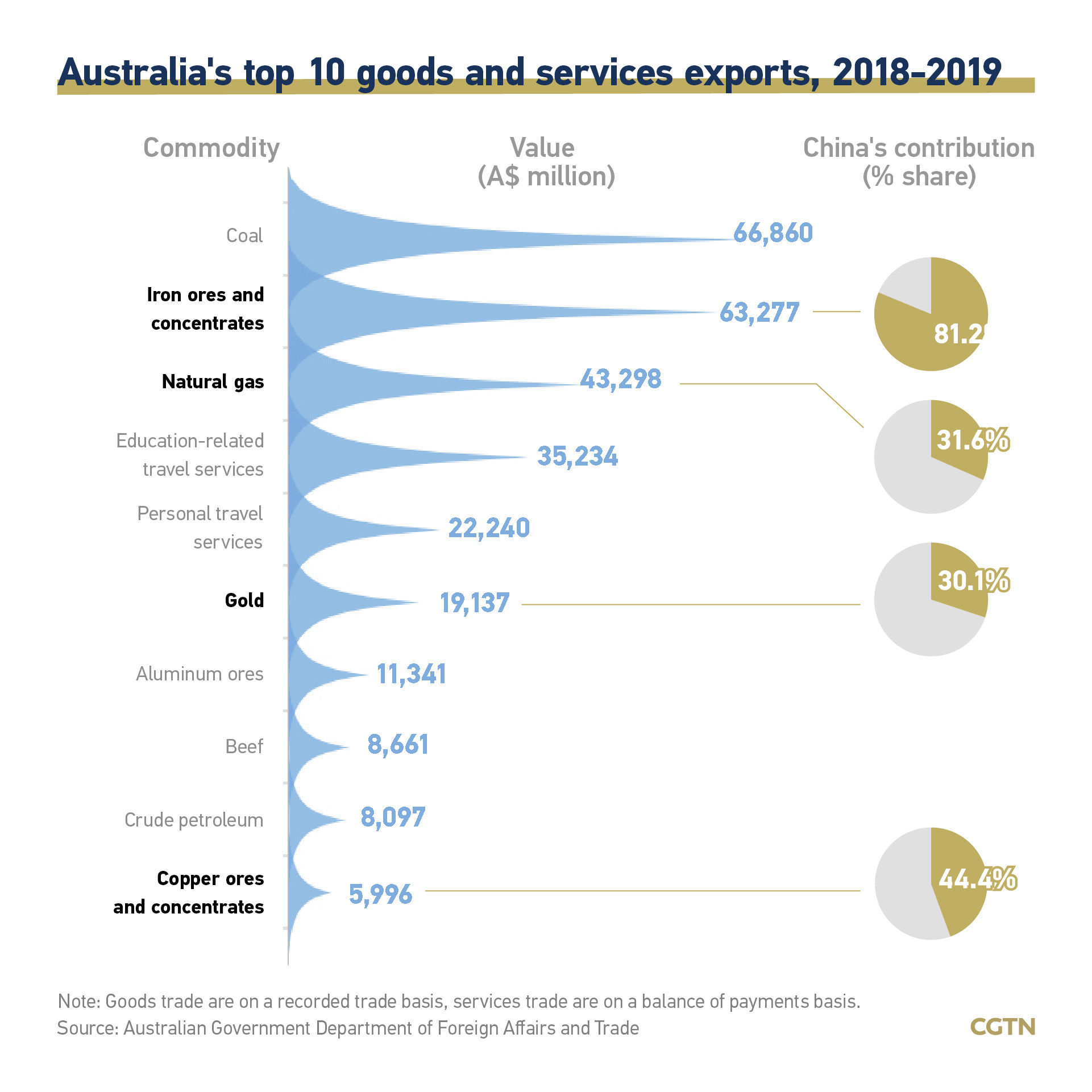 Agriculture and food products, including meat, wine, wool, fruit and nuts, seafood, grains and dairy, have long been held dear by Chinese consumers.

In fact, due to the geographic proximity, the two countries can complement each other in many ways, especially economically.

What's next for bilateral relations?

Launched in 2014, the China-Australia Strategic Economic Dialogue has served as a crucial part to consolidate bilateral relations. The two sides had been using the dialogue to strengthen economic ties by conducting strategic dialogue in the key areas of the economy and investment.

The suspension would bring losses to many Chinese consumers, but the impact on Australia is much more severe, said Wang Fan, vice president of China Foreign Affairs University.

"Beijing can expect the bilateral relations could soon be back on track but also need to prepare for the worst," Wang said, adding that it depends on what action Australia is going to take.