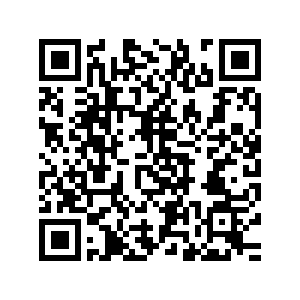 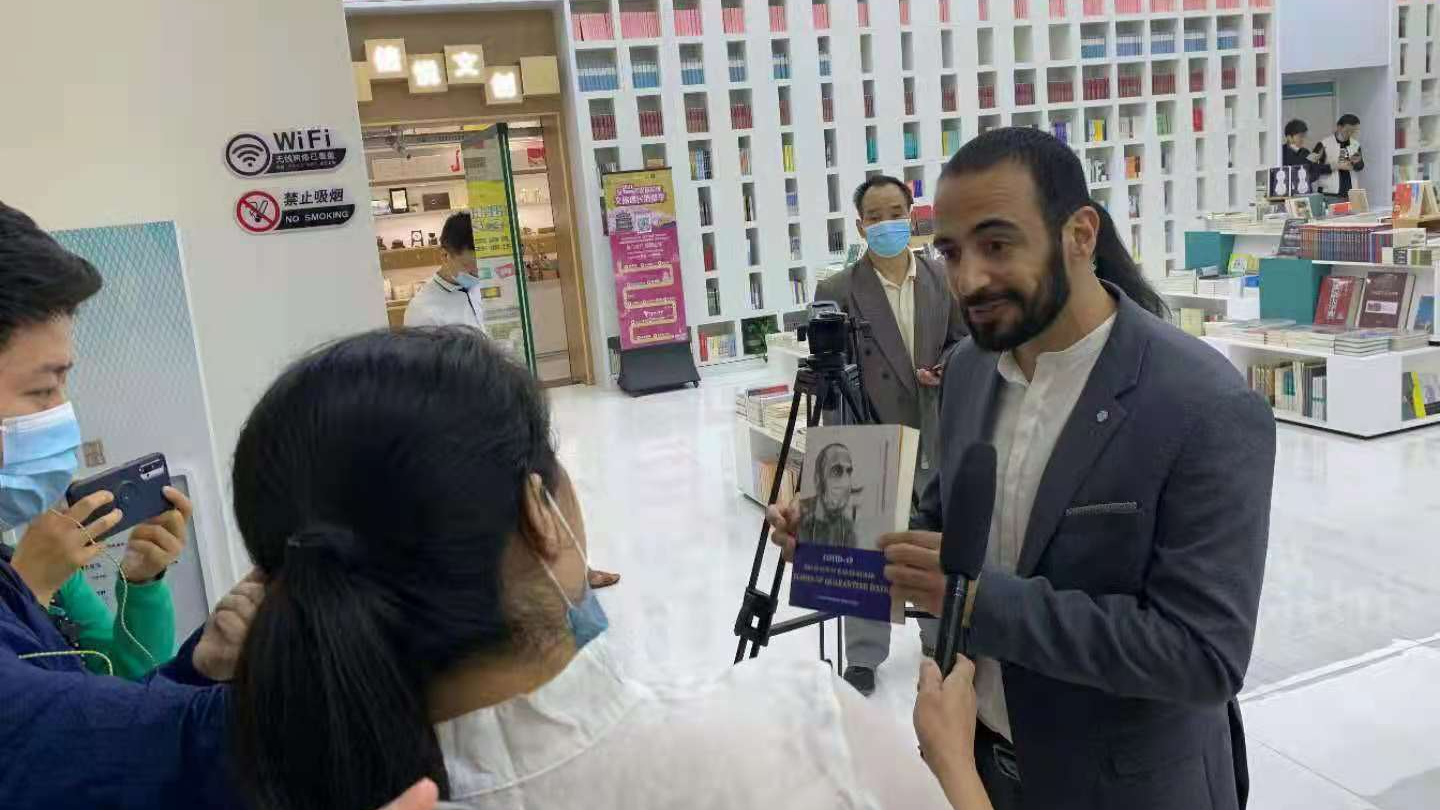 "This is a battle for humanity, and in Wuhan we stand on the front lines, and I am honored to be a part of it." These were the words of author Adham Sayed, quoting from the English version of his book "Confidence Comes from Effectiveness: A Foreigner's Wuhan Diary" at its May 12 launch.

In the book, Sayed recounts his experiences and observations from the moment when the central China city was locked down after a coronavirus outbreak, the first in the country.

Sayed, from Lebanon, has been studying in Wuhan for six years. Having chosen to stay after the epidemic first hit last year, little did he know that he was about to endure 76 days in a citywide lockdown – an experience that would make him widely-known online for his regular insights into life in the city during that extraordinary time.

In diary form, the book uses articles and posts Sayed published during his time in quarantine, including news reports as they happened and descriptions of his personal feelings. "During the lockdown, I started showing data on social media every day, my feelings, answering to fake news, or writing articles in Arabic so people could understand what was happening," he explained

His book, published in Arabic in July and Chinese in December, has been well-received both in China and overseas.

But the English version was the first to be given a personal launch. "We had a launch planned for the Chinese version, but in December they found some cases in Beijing," Sayed said. The launch was supposed to take place in the Chinese capital, where his publisher is located. But as people were advised not to leave home if not necessary, the event was canceled. 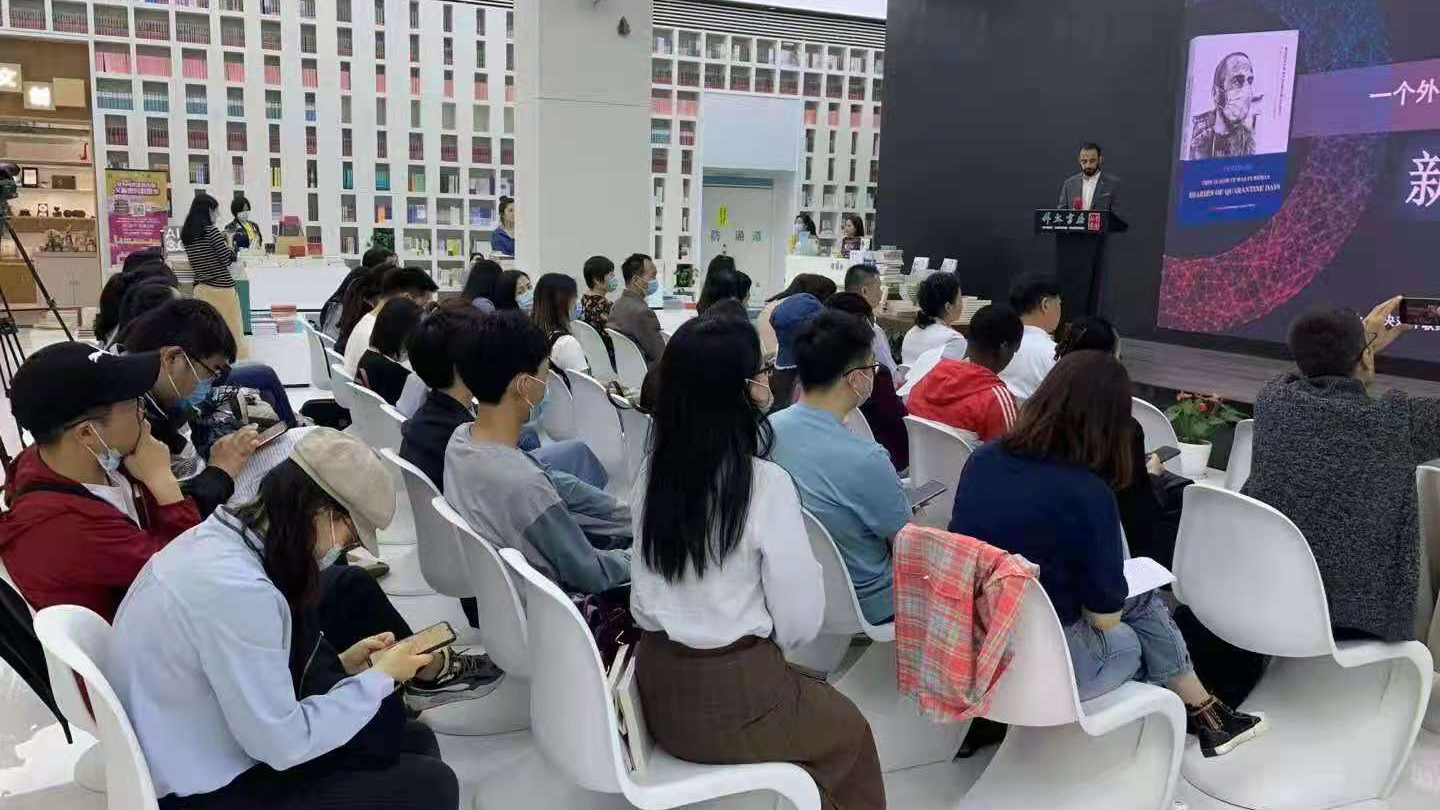 Author Adham Sayed talks about his book when meeting with his readers. /Courtesy of Adham Sayed

Author Adham Sayed talks about his book when meeting with his readers. /Courtesy of Adham Sayed

Now, Sayed is happy finally to be able to have met his readers. "This was the first time I could speak to people in person about the book and my feelings about Wuhan," he said.

After the lockdown was lifted on March 30, Sayed said the last thing he wanted to do was to write a book. "Wuhan had opened. I wanted to go back to normal life." However, many of his Lebanese followers and friends pushed him to write his experiences down. "So for 20 straight days, day and night, I wrote. I didn't go out. It was like another quarantine," he joked.

It was important to Sayed to explain what had happened in Wuhan in his own words, as he felt there was too much fake news about the city and the way the coronavirus was handled in China.

"Compared with other places, the situation in Wuhan was more difficult. It was the first time any of us saw this virus, and we didn't know anything about it," he said, before noting that other countries could still learn from the example shown in Wuhan.

The English version of the book Confidence Comes from Effectiveness: A Foreigner's Wuhan Diary  will be available online later this month. Sayed, who will complete his final university exams shortly, plans to return to Lebanon this summer. Although he will be sad to leave, he says it's not the end of his relationship with the city.

"About two years ago, I started thinking about how I would feel, leaving Wuhan. Today, I feel OK about it, because I'm leaving something here in the book. It's part of me. It's for Wuhan."