Download
China helps the world vaccinate more; the U.S. should too
CGTN 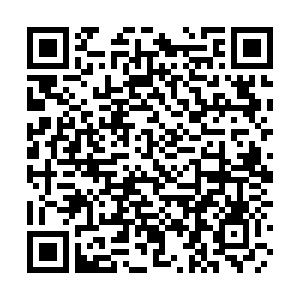 Editor’s note: Criticized for not supplying enough vaccines internationally, US President Joe Biden is believed to give out America-made vaccines under global pressure. This pandemic can only be ended sooner if everyone is being protected.

A pandemic is still ravaging the world, but how quickly are people getting vaccinated for COVID-19?

China has administered 400 million vaccines domestically, inoculating roughly 30% of its pop­u­la­tion. But the road ahead is still an uphill battle.

How do we get there?

80% of China – that is 1.12 billion people. Let’s say China wants to reach that goal by the end of 2021. Every month, over 110 million people have to be vaccinated, roughly the population of UK and South Korea combined. So think about this, every day, 3.7 million people. Vaccine centers are usually open 8 hours a day. That means every second, 130 people have to be inoculated.” In a regular vaccination center, 30 nurses work 7 hours a day, every day of the week, to give residents the jab they’ve been waiting for.

Be selfish, but not stupid

America is also catching up with its vaccination. The US has vac­cinated almost half of its population. But it has been unabashedly selfish in the process.

The U.S. has pro­duced more than 300 mil­lion doses of vac­cine and ex­ported about three mil­lion. Understandably the Biden administration needs to prioritize domestic supply as America is still the most infected nation in the world. But turning a blind eye to the world is not the way to lead.  More disappointingly, the Biden team wants to claim a moral high ground in another way.

Washington says it wants to speed up global pro­duc­tion. But just to think a little harder, it is not difficult to conclude that not only it will slow down production of the current proprietary vaccines, it will also lead to hoarding of vaccine-making materials, upset the production scheduling and prevent future vaccine development.  Biden’s nice-sounding promise will probably get America some false sense of morality but nothing helpful for the world. That is why it is strongly op­posed by even European al­lies.

Joe Biden said on Monday that his administration will send at least 20 million more doses of US-authorized vaccines to other countries in the coming weeks. That is a good sign, although it is still too little and a little late.

Help those who cannot help themselves

By com­par­i­son, China has shipped 252 mil­lion doses over­seas, or 42% of its to­tal pro­duc­tion. And more encouragingly the World Health Organization (WHO) has authorized the first Chinese vaccine for emergency use, and another could be listed in the coming days, opening the door to wide distribution in lower-income nations. Bei­jing has pledged to do­nate 17.6 mil­lion doses to 65 countries.

The obvious reason is that China has a strong manufacturing capacity and a full economic recovery. And the country has managed to contain the virus spreading within its borders despite low numbers of local infections occasionally.

But the deeper reason is China knows its future is connected with the world. COVID teaches us one big thing: we need an open global system no matter what. By helping others we are helping ourselves in a big way.