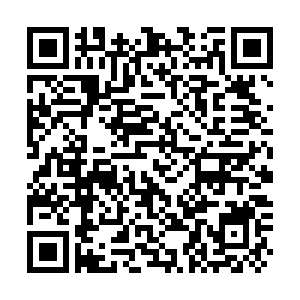 China on Thursday reaffirmed its invitation to representatives from Palestine and Israel to come to China for direct negotiations.

Speaking at a regular press conference, Chinese Foreign Ministry spokesperson Zhao Lijian stressed that China, as the rotating host of the United Nations Security Council (UNSC), sees the response to the current Palestine-Israel conflict as its top priority.

"China has made an all-out effort to push for a unanimous action on this issue within the security council. But due to obstruction from the United States, the council has not reached an agreement so far," Zhao said.

He said China's efforts to promote peace haven't met their end and that the country has actively participated in mediation and conciliation through its own channels. 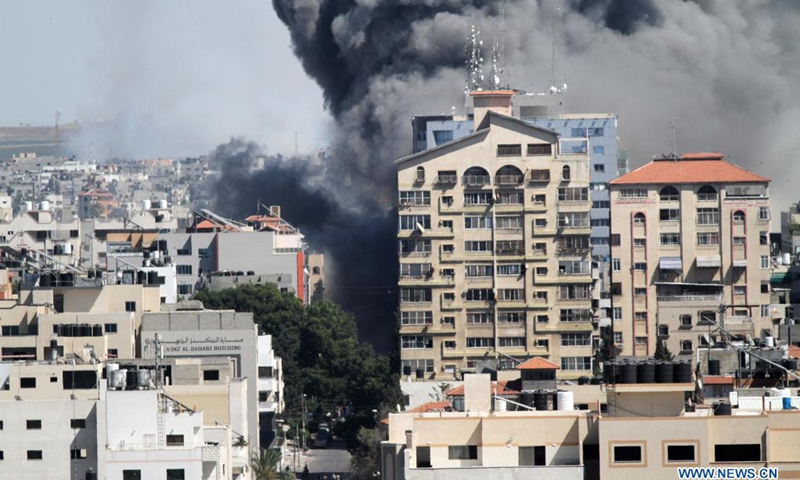 Smoke billows following an Israeli airstrike on Jala Tower, which housed offices of Al-Jazeera TV and the Associated Press, as well as residential apartments in Gaza City, May 15, 2021. /Xinhua

Smoke billows following an Israeli airstrike on Jala Tower, which housed offices of Al-Jazeera TV and the Associated Press, as well as residential apartments in Gaza City, May 15, 2021. /Xinhua

Zhai Jun, Chinese special envoy on Middle East affairs, has held phone talks with foreign affairs officials from both Palestine and Egypt in efforts to end the hostilities.

Zhai called for an immediate ceasefire and restated China's firm commitment to a Palestinian state alongside Israel.

According to Zhao, the Chinese envoy is expected to talk with relevant officials from Israel, Russia, the United Nations and the European Union on the issue.

"As long as the Middle East conflict is not brought to an end, China's efforts to expedite peace and reconciliation will not stop," Zhao said.

He also said China will hold seminars for the peace-loving people from Palestine and Israel in the future and welcome Palestinian and Israeli negotiators to hold direct talks in China.

China appreciates the strenuous work Egypt and other international parties have made toward a ceasefire and is willing to strengthen communication and coordination with all parties to form a concerted effort to promote peace, Zhao said.

He said China is willing to provide humanitarian and other types of assistance to the Palestinian side as much as it is able.