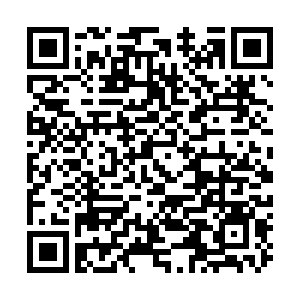 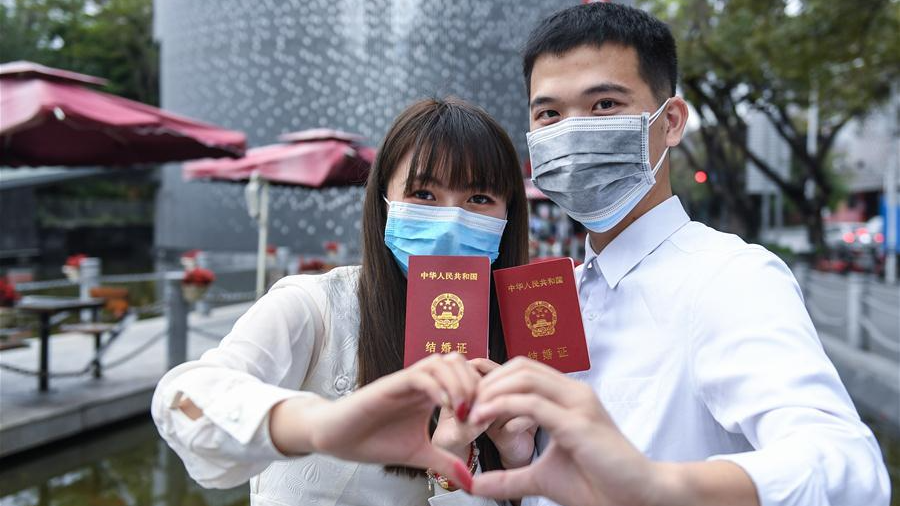 A newly married couple pose for photos after their marriage registration in front of the Civil Affairs Bureau of Nanshan District in Shenzhen, south China's Guangdong Province, February 14, 2020. /Xinhua

A newly married couple pose for photos after their marriage registration in front of the Civil Affairs Bureau of Nanshan District in Shenzhen, south China's Guangdong Province, February 14, 2020. /Xinhua

China will pilot an inter-provincial arrangement to save its growing migrant population from having to return to their hometowns for marriage registration.

The pilot will be first introduced in Liaoning, Shandong, Guangdong, Chongqing and Sichuan, among other provincial-level regions, from June 1, 2021, to May 31, 2023, the Ministry of Civil Affairs (MCA) announced Wednesday.

Under current regulations, marriages must be registered within the household registration area of either the bride or groom.

The change being trialed will enable people living outside their place of household registration to register their marriage in the areas where they have resided for a continuous period of at least half a year, the ministry said.

An average of 10 million new marriages are registered annually in China, while nearly 4 million divorces are handled by marriage registries across the country, MCA statistics show.

The country's migrant population has been on the rise.  Around 493 million people lived outside their place of household registration in 2020, with those aged between 15 and 35 accounting for more than 70 percent, according to the latest national census.

Calling the cross-regional marriage registration program a well-timed move, Ma Chunhua, an expert with the Institute of Sociology under the Chinese Academy of Social Sciences, said that the policy is aimed at solving practical difficulties and meeting the needs of residents.

"Such changes to marriage registration procedures are an inevitable trend of social development," Ma said.

The pilot has become feasible thanks to the digitalization of the marriage registration system. A national marriage information database has been established and can be shared among civil affairs departments across the country.

The MCA has also teamed up with banks and other departments to adopt an individual credit risk notification system in a bid to punish those engaged in fraudulent practices in marriage registration, such as deliberately concealing or fabricating personal information.