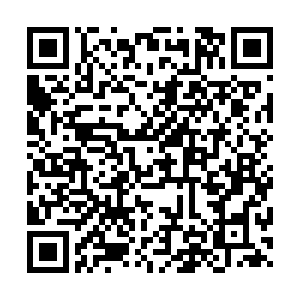 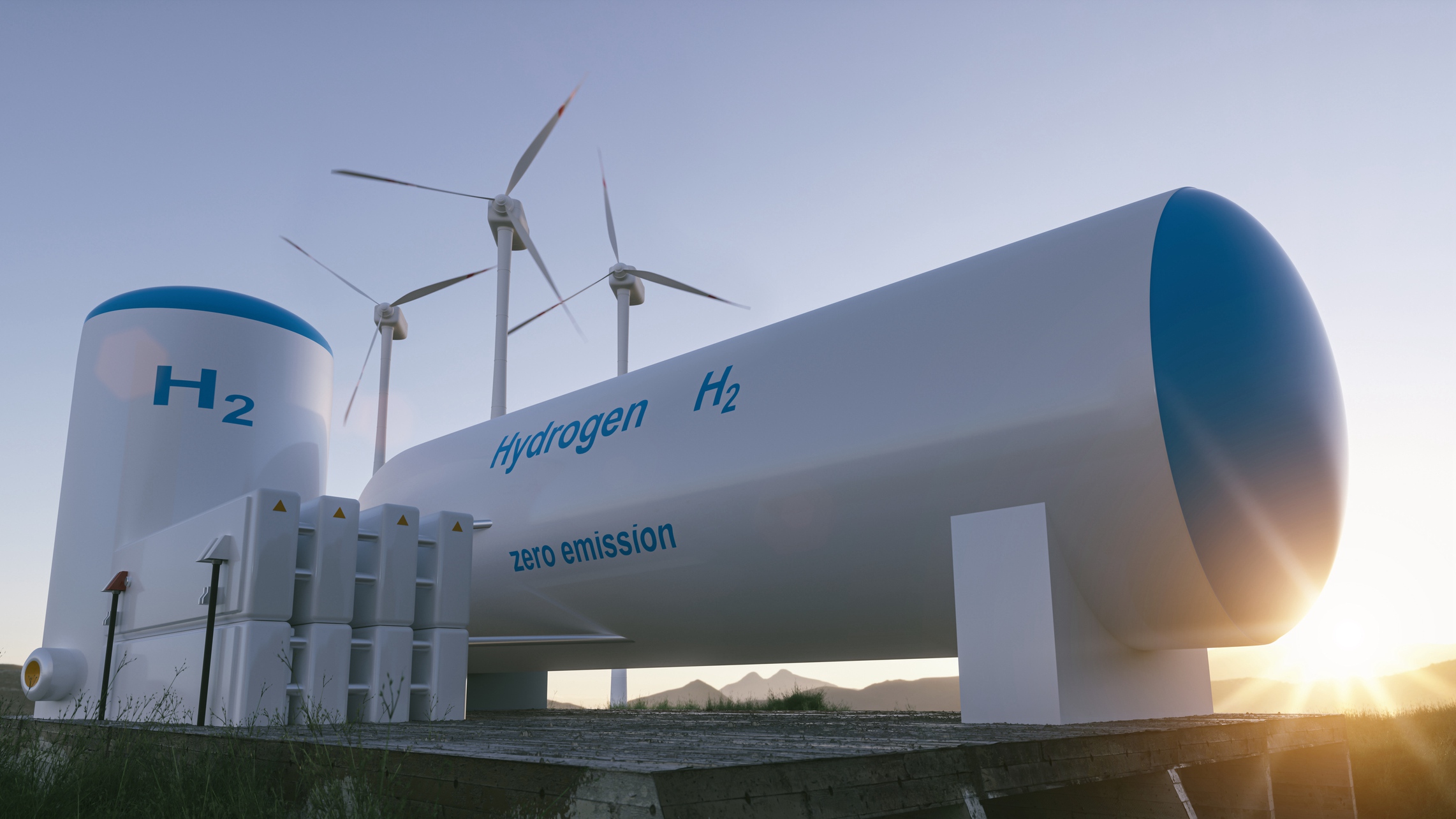 Hydrogen fuel cell technology is well established but difficult to apply on a large scale. The potential green benefits, however, are not something China can shy away from, and authorities are investing heavily into the prospective technology.

A clean and flexible energy source which is both more powerful and efficient than fossil fuels, current economic and technical hurdles must be overcome to ensure that China's green ambitions come to fruition.

Part of the new hydrogen vehicle fleets are already under construction for the 2022 Winter Olympic Games due to be held in Beijing, as well as being part of national infrastructure plans for new highway schemes in the Beijing-Tianjin-Hebei region.

China is clearly taking the adoption of this new technology seriously. However, to ensure that there is mainstream taking up to the point where it can feasibly replace petrol, several issues need to be resolved.

Hydrogen is difficult to store easily, being a light and extremely low-density gas. Under normal atmospheric pressure, just one kilogram of hydrogen (capable of driving 100 kilometers) would need to be 11 meters cubed in size. This is logistically impossible and means that hydrogen fuel is kept under high pressure in carbon fiber reinforced tanks.

Maintaining this pressure and topping up tanks are therefore both time and energy-consuming in itself. Most hydrogen tanks are kept at a pressure of around 10,000 Psi. To give a context of this inconvenience, the average car tire is only 32 Psi. Still, it offers a reasonable amount of resistance, requiring tools when pumping up.

Research into overcoming this issue is ongoing, and authorities should ramp up investment into foundational research to ensure that hydrogen fuel technology has maximum utility. One promising area is that of absorbent materials, which can bind and release hydrogen, storing it without the need for extremely high pressures. 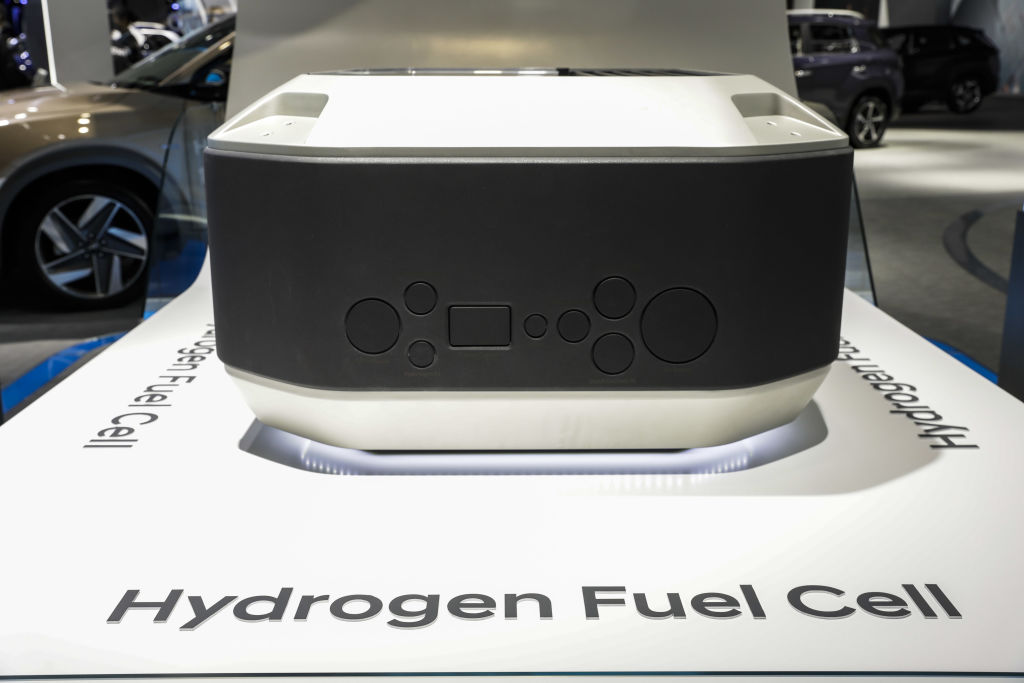 A model of the Hyundai Motor Co. hydrogen fuel cell at the Auto Shanghai 2021 on display in Shanghai, China, April 20, 2021. /Getty

A model of the Hyundai Motor Co. hydrogen fuel cell at the Auto Shanghai 2021 on display in Shanghai, China, April 20, 2021. /Getty

Materials made up of ammonia borane, which is 19.6 percent hydrogen, could feasibly be used in less hazardous settings. Advances in nanotechnology materials further diversify field storage prospects, with nickel, magnesium and carbon nanolayers all being considered. An improvement in the practicalities of this field would drastically transform the burgeoning industry at a fundamental level.

Another area governments should consider is the danger of hydrogen fuel. The element is highly flammable, and one does not have to look far back in history to see images of the hydrogen airship disasters that made utilizing the gas as a form of buoyancy for vehicles illegal internationally.

Given the pressure at which hydrogen fuel must be stored, any leak in the presence of air could very easily lead to an explosion given the tiniest spark. The amount of energy needed to initiate an explosion is much smaller for hydrogen than what is required to create the same accident with petrol. This means that there is a particular hazard in enclosed spaces such as car parking lots or underground tunnels. The fact that the gas is invisible to the naked eye provides further complications.

Investment into ventilation systems and leak detection should increase heavily to improve confidence and safety track record for the industry. Flame detection technology should also be mandatory infrastructure, as hydrogen has the covert habit of burning with a near-invisible flame in the open air.

Here it is the long-term trust which is the hard-won technical achievement, and the acceptance of normalizing the fuel as a safety aspect of everyday life will be key to win over consumer adoption.

Creating a global market for hydrogen fuel will not be easy. The aforementioned challenges and strategies mean that the cost of research will likely be burdened by the consumer. The long-term benefits in the fight against climate change are clear, however, whether customers will be willing to absorb the higher prices in order to achieve this remains to be seen.

Governments should be willing to subsidize the next generation of green vehicles to incentivize the growth of such a market. China has an active proven history in the past decade of doing so with electric cars, and so will be well poised to ensure that a healthy domestic market can grow and set an environmentally friendly example globally.

With the fluctuating volatility of oil prices and availability, interest in the potential saving graces of hydrogen fuel technology is greater than ever. Despite the challenges, this alternative fuel source is readily available, well researched and much more efficient, a prime candidate for a sustainable future.

China should continue to work closely with the industry to facilitate ways of ensuring that it is more accessible. The domestic market which will emerge from these efforts in the coming decades will no doubt be world-leading.