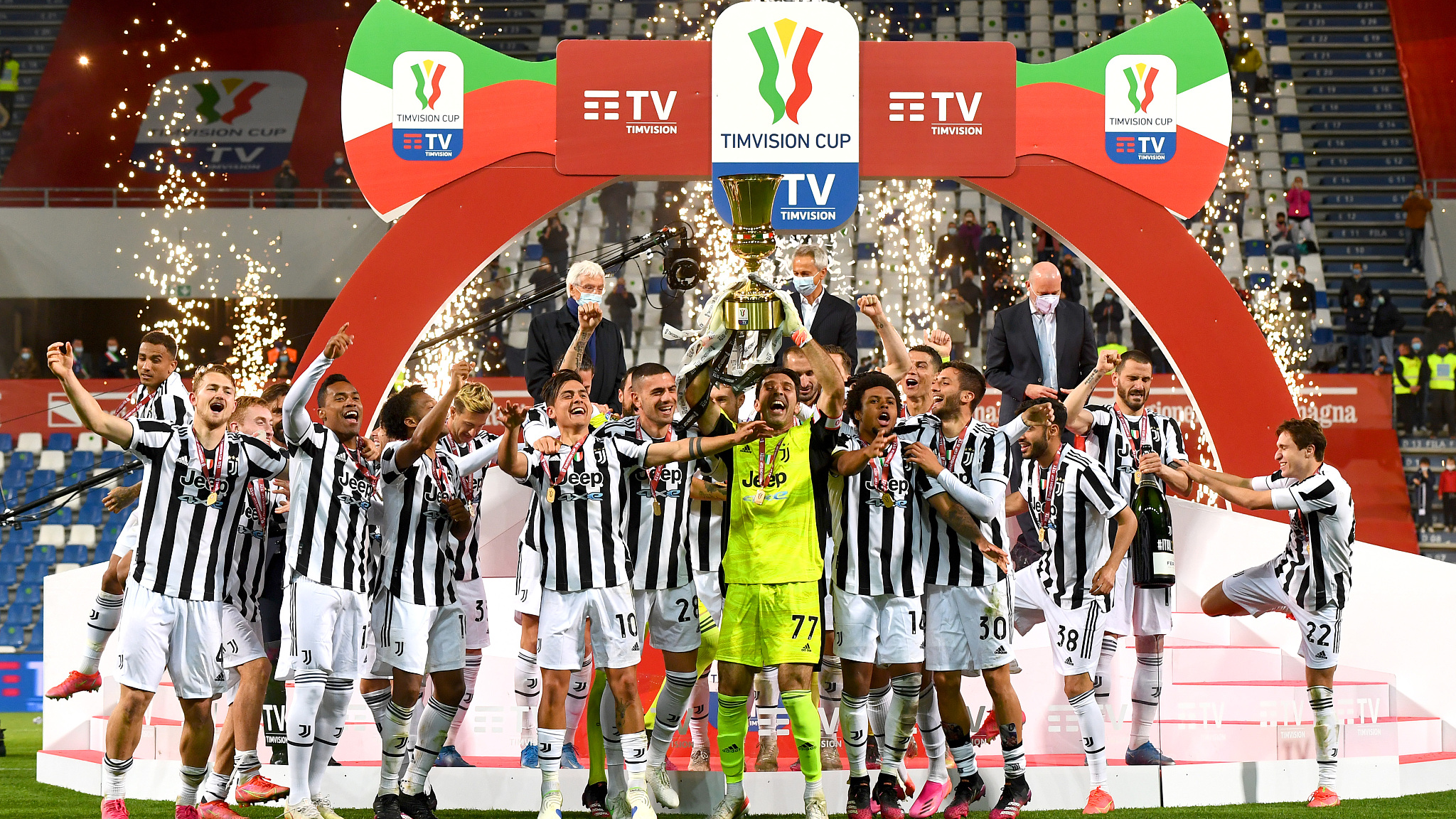 Federico Chiesa clinched a Coppa Italia triumph for Juventus and a first trophy for coach Andrea Pirlo with a 2-1 victory over Atalanta in the final on Wednesday.

Another early Champions League exit and a limp Serie A title defense left Pirlo staring at a disappointing debut season as Juventus coach, but goals from Dejan Kulusevski and Chiesa earned his side Italian Cup glory.

With fans in attendance for the first time in Italy since March, it was Juve who took the lead at the Mapei Stadium, against the run of play, thanks to a fine finish from Kulusevski in the 31st minute.

Atalanta, looking to win their first Italian Cup since 1963, deservedly leveled through Ruslan Malinovskiy four minutes before the break.

But Pirlo's side stepped it up after the break and Chiesa fired home his 13th goal in all competitions this season in the 73rd minute to spark jubilant scenes among the Juve players and staff at the final whistle.

"It was wonderful for everyone," Chiesa told Rai Sport. "For those who have suffered in recent months.

"We players are protected but there are people out there who have suffered and are suffering. It is a reward for the efforts made in these difficult months."

Atalanta's Duvan Zapata created the first real chance, using his strength to barge past Matthijs de Ligt before squaring the ball for Jose Luis Palomino, but the defender could not steer the chance home.

It remained all Atalanta, with Zapata's strength continuing to cause problems, but on their first real attack, Juve opened the scoring after Cristiano Ronaldo drove at the heart of the defense, and the ball fell loose for Kulusevski curled home.

Malinovskiy, who scored the winner in the last league meeting between the sides, continued his remarkable run of scoring or assisting in each of his last 10 appearances with a trademark powerful finish to level.

After the break, Atalanta's intensity dropped, with Juve having a great chance to take the lead, but Chiesa could only hit the post after latching on to a backheel from Ronaldo.

Chiesa was not to be denied, however, as he took his tally against Atalanta to five in all competitions – against no other Serie A side has he scored more – with a fine finish after a neat one-two with Kulusevski.

Atalanta threw bodies forward, but they could not test veteran Juve goalkeeper Gianluigi Buffon, playing potentially his last game for the club, as Pirlo's team clinched a 14th Coppa Italia – five more than any other side – with ease. 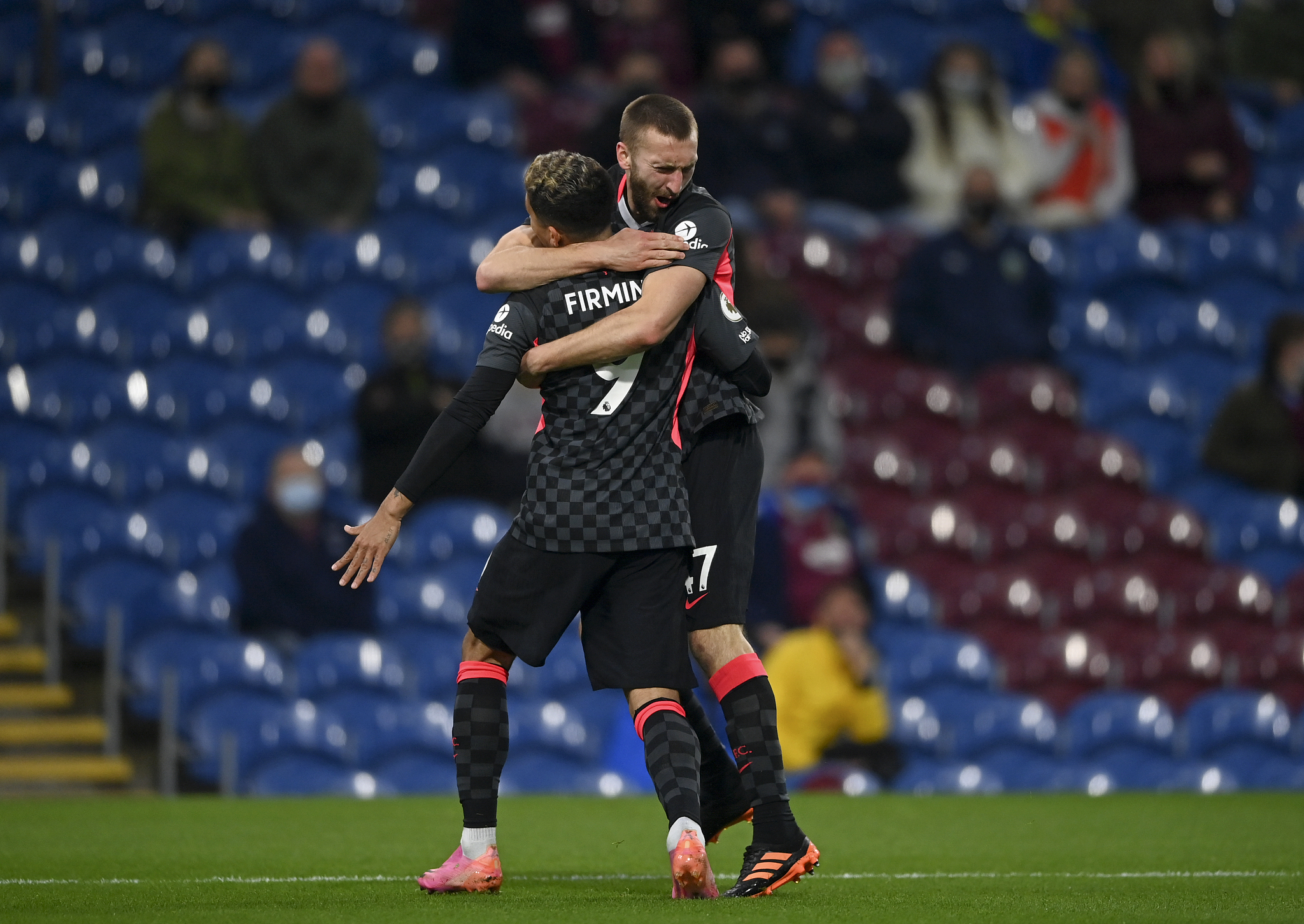 Liverpool players celebrate during the Premier League match against Burnley in Burnley, England, May 19, 2021. /CFP

Liverpool players celebrate during the Premier League match against Burnley in Burnley, England, May 19, 2021. /CFP

In England, Liverpool moved into the Champions League qualifying spots after a 3-0 win at Burnley took them above Leicester City and into fourth place with one round of Premier League matches remaining.

Roberto Firmino struck two minutes before halftime and a Nathaniel Phillips header made it 2-0 in the 52nd minute before a superb late strike from Alex Oxlade-Chamberlain secured a fourth straight win.

The victory moves Liverpool onto 66 points, ahead of fifth-placed Leicester on goal difference while Chelsea are third on 67 points.

Burnley enjoyed the better of the first half but the visitors grabbed the lead when Sadio Mane fed Andy Robertson on the left and his low cross was expertly slotted home by Firmino.

Phillips eased any lingering Liverpool nerves with a firm header at the back post from a Mane cross from the left before a fine individual effort from substitute Oxlade-Chamberlain wrapped up the win.

Juergen Klopp's side face Crystal Palace at Anfield on Sunday while Chelsea are at Aston Villa and Leicester are at home to Tottenham Hotspur.