Download
Chart of the day: We said farewell to these species in 2020
By Hu Xuechen 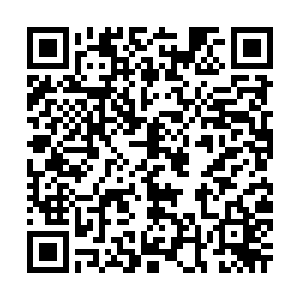 In sub-Saharan Africa, a western black rhinoceros was browsing for food on a humid morning. As the temperature rose to the hottest parts of the day, the black rhino wallowed, and finally took a nap.

The five-feet-tall creature can now only be found in books, photos and memories. The rhino is listed as an extinct species in the Red List of Threatened Species published by the International Union for Conservation of Nature and Natural Resources (IUCN).

The last extensive survey of possible rhino ranges in the last known Range State, Cameroon, in 2006, failed to find any rhino or signs of rhino, including dung and spoor. However, the survey found evidence of widespread wildlife poaching and local rhino monitors faking rhino spoor in the absence of any surviving rhino. 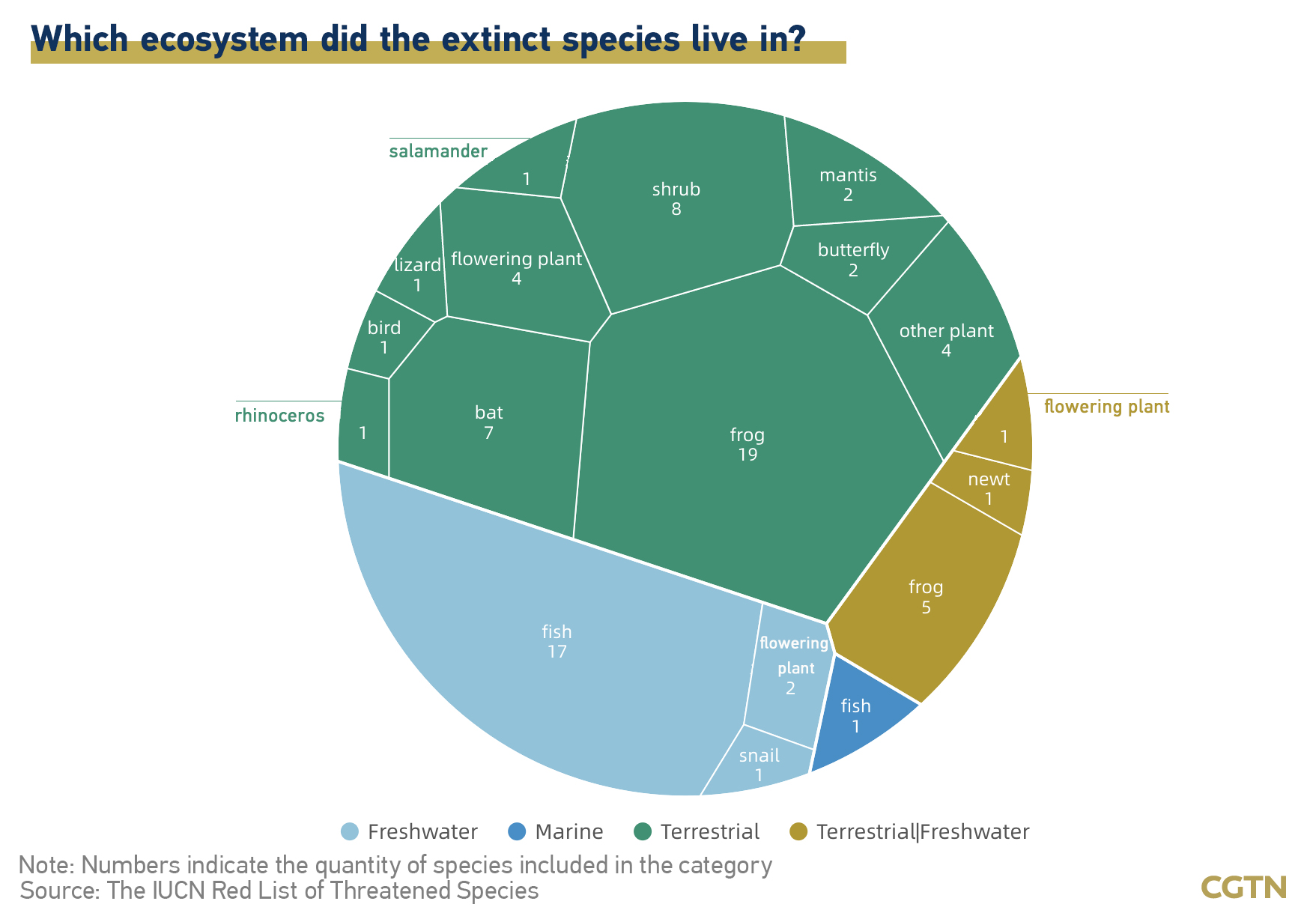 Yet, the western black rhinoceros is only one of the 78 species that is labeled as extinct on the IUCN red list. The species that went extinct the most were frog, fish, shrub, bat and flowering plant. 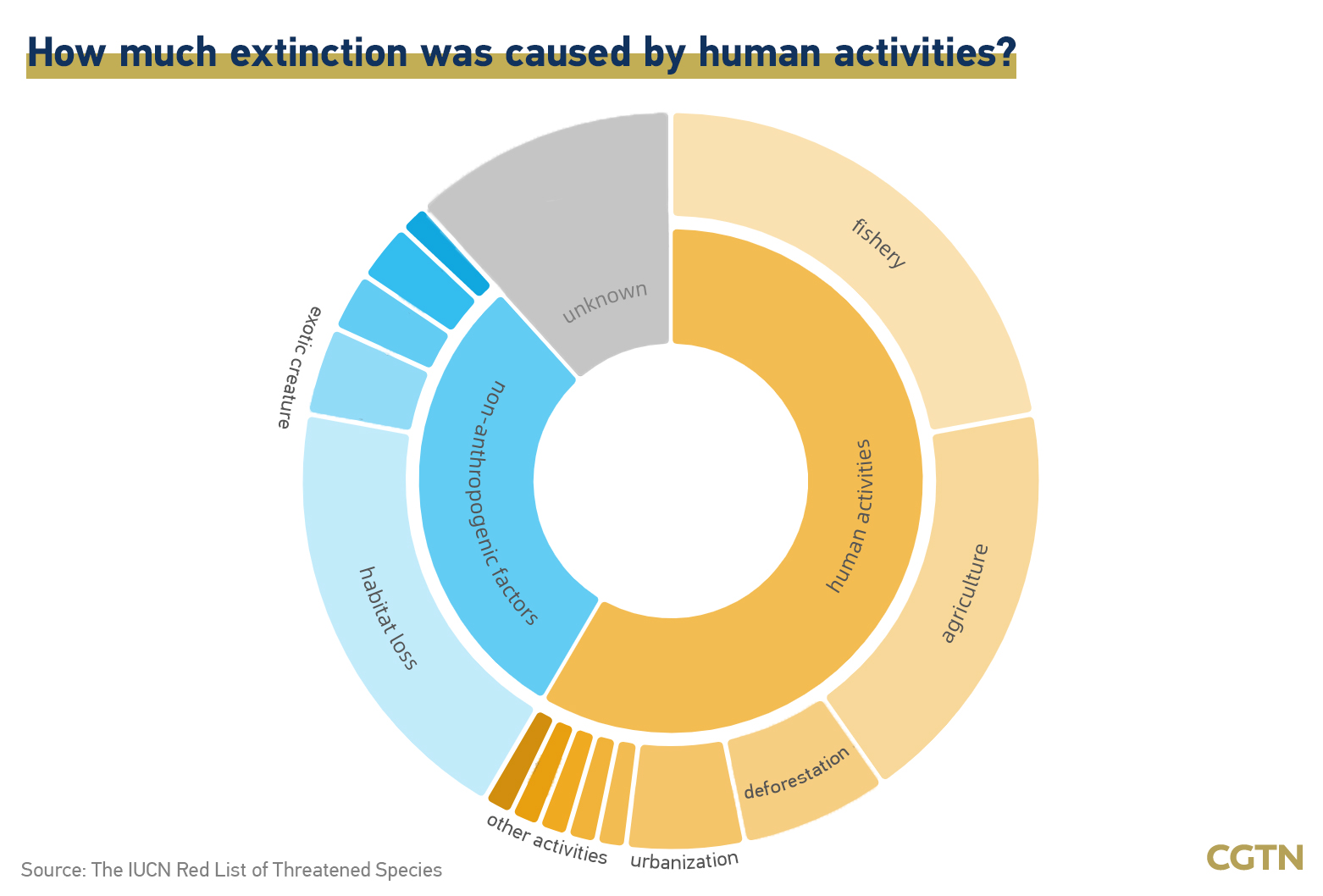 Over half of the species went extinct due to human activities mainly related to fishery, agriculture, deforestation, urbanization. The exotic species introduced by farming and animal husbandry, the land clearance for urban development and accidental bycatch all became the nightmare of the wild creatures who share the habitat with humans.

Trade and illegal killing is also one of the factors of extinction. The western black rhinoceros mentioned above went extinct because of the commercial poaching and illegal demand for horns. 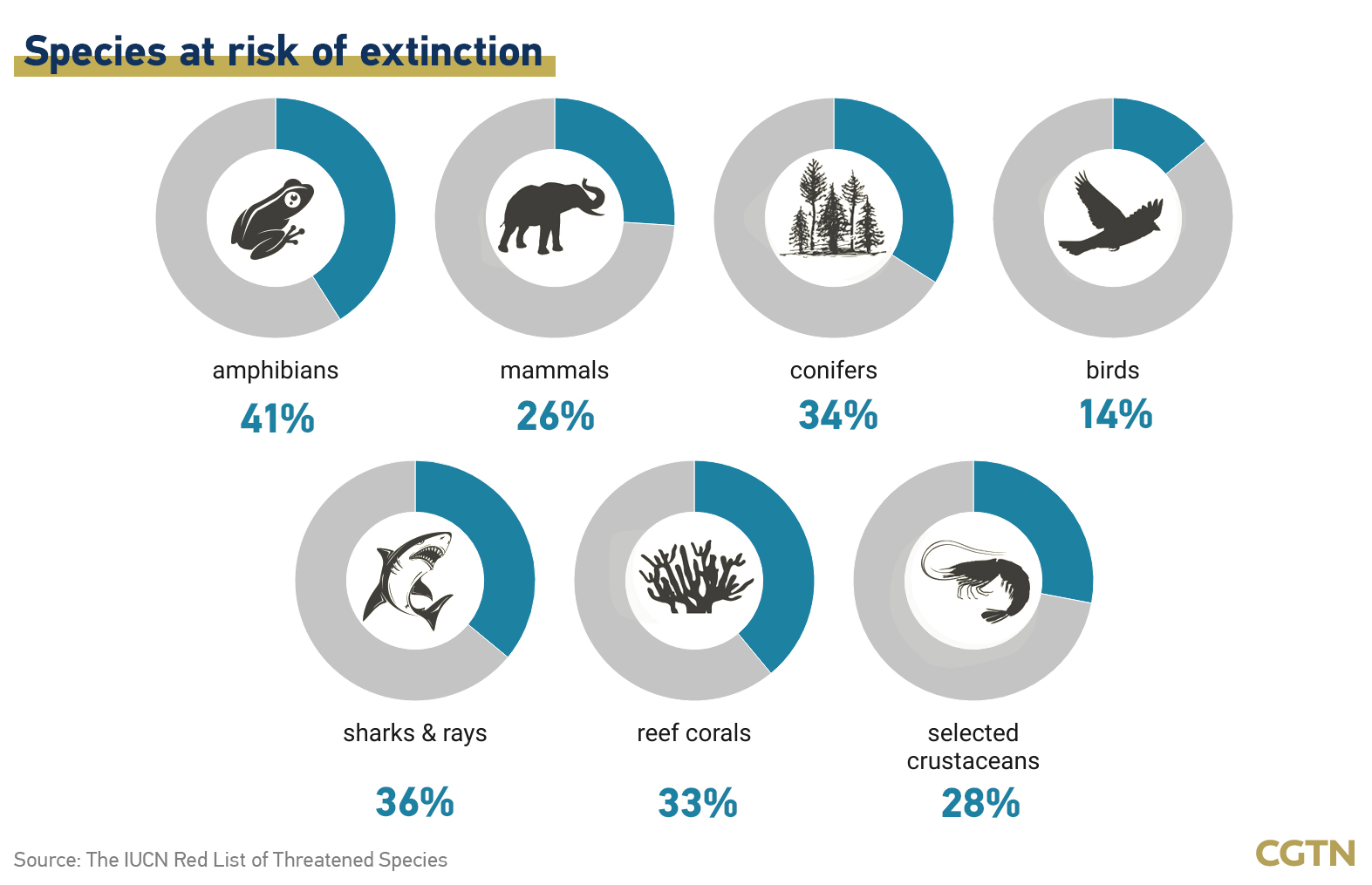 Besides for those species permanently off the trail, more than 37,400 species are threatened with extinction. And that is still 28 percent of all assessed species, according to the IUCN.

Today, May 22, marks the International Day for Biological Diversity which is designated to increase understanding and awareness of biodiversity issues. The theme this year is "We're part of the solution". From nature-based solutions to climate, health issues, food and water security, and sustainable livelihoods, biodiversity is the foundation upon which we can build back better.

As the world looks for measures, China is also exploring a solution to tackle the universal issue of biodiversity loss. In 2013, China put forward the establishment of a national park system. The sustained efforts to preserve the habitat for the birds that use them contributes to a positive result. The country's largest freshwater lake saw an increasing number of feathery visitors, attracting more than 680,000 wintering birds in 2020, 11,000 more than the previous year.

China has made significant progress in protecting its wetlands with the help of its global partners. Local governments have been working with international institutions such as the Global Environment Facility and the United Nations Development Programme to finance and implement environmental projects.

In October this year, the country will host the 15th meeting of the Conference of the Parties to the Convention on Biological Diversity (COP15) in Kunming, Yunnan Province. Participants are expected to work out concrete plans for post-2020 global biodiversity protection.