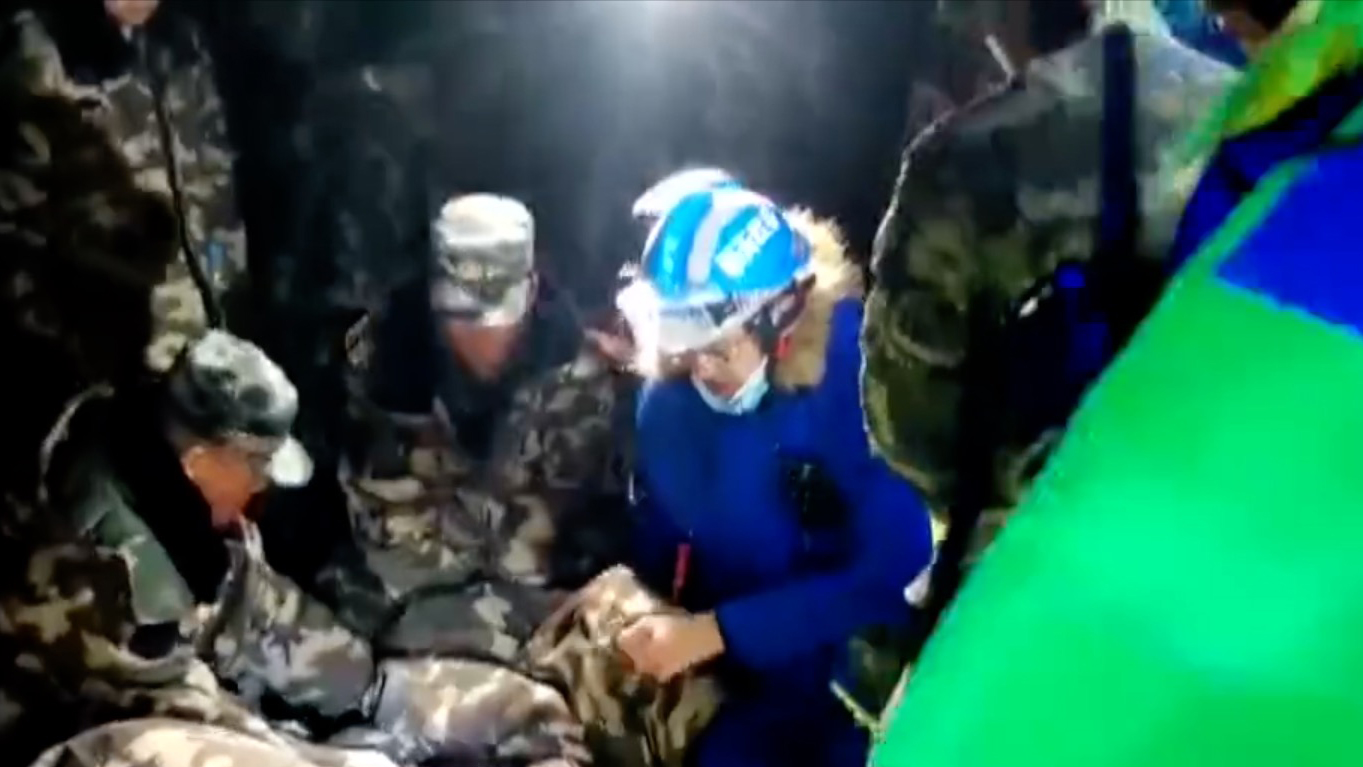 The remains of all 21 victims had been transferred from the site of the incident by Sunday noon, the rescue headquarters said.

Among them were some of China's elite marathon runners including Liang Jing and Huang Guangjun, confirmed respectively by Liang's coach and Huang's friend.

A total of 172 people took part in the race. The remaining 151 participants were confirmed safe but eight of them have sustained minor injuries and are now being treated in hospital.

The marathon kicked off on Saturday morning in the Yellow River Stone Forest tourist site in Jingtai County, Baiyin City.

Around noon, hail, freezing rain and high winds hit a section of the race's high-altitude stage between 20 to 31 kilometers and participants suffered from physical discomfort due to the sharp drop in air temperature, local officials told a news briefing earlier on Sunday.

A rescue team was dispatched after some participants asked for help and the race was called off on Saturday afternoon at around 2:00 as the weather condition worsened.

A runner who had been rescued told a reporter from China Media Group that it took only four minutes between his limbs feeling numb and the loss of consciousness.

The government of Gansu Province said it has set up an investigation team to look into the incident and national authorities, including the National Commission of Supervision, have demanded a thorough probe into the cause and those responsible for it.