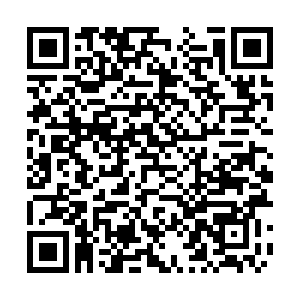 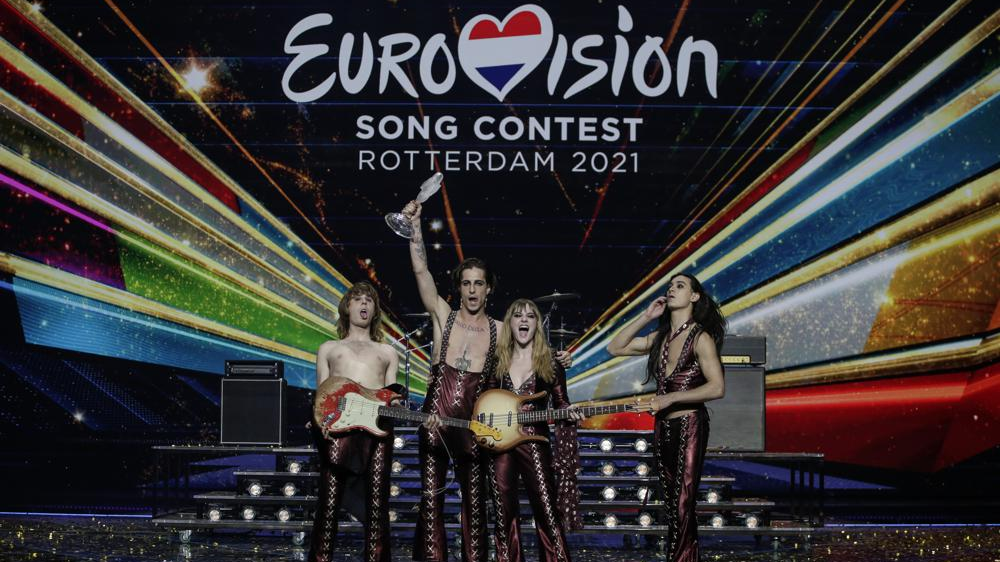 Maneskin from Italy celebrate with the trophy after winning the Grand Final of the Eurovision Song Contest at Ahoy Arena in Rotterdam, Netherlands, May 22, 2021. /AP

Maneskin from Italy celebrate with the trophy after winning the Grand Final of the Eurovision Song Contest at Ahoy Arena in Rotterdam, Netherlands, May 22, 2021. /AP

Italian rock foursome Maneskin won the Eurovision Song Contest in Rotterdam, Netherlands, on Saturday in a glammed-up message of hope for a world emerging from the coronavirus pandemic.

As the tournament returned after a year off because of the virus, the high-kicking, lederhosen-wearing Italians beat off stiff competition from France and Switzerland with their song "Zitti e Buoni."

Italy's third Eurovision win and its first since 1990 came after a nail-biting end to the kitschy competition, which went ahead amid strict protocols including mass testing and an audience limited to 3,500 people.

The theme of this year's Eurovision was "Open Up," and the Dutch government-backed coronavirus restrictions could be a model for mass events such as Euro 2020 and the Tokyo Olympics.

Maneskin, featuring three men and one woman, said the whole evening of stomping songs and flamboyant costumes would bring cheer after more than a year of COVID-19.

"We think that the whole event was a relief," singer Damiano David said after showering his bandmates with champagne during a press conference.

"It was really incredible, the whole event, this Eurovision is going to be a lighthouse."

Bassist Victoria De Angelis said their victory "could be a message of hope" to Italy, which was one of the countries in Europe hardest hit by the virus.

"We're honored to be bringing it back after 31 years," she said of the Eurovision title, which means Italy is due to host next year.

But there was heartbreak for French singer Barbara Pravi, who came agonizingly close to ending her country's 44 years of hurt since its last Eurovision win with her moody number "Voila."

Switzerland's Gjon Muharremaj, 22, was the surprise package of the night, ending up in third place with the Sam Smith-style ballad "Tout l'Univers."

The competition in Rotterdam was canceled last year for the first time in the history of the 65-year tournament, one of the world's most watched television events with around 200 million viewers.

This time 12 months ago the Ahoy Arena venue was being used as a makeshift hospital for the pandemic.

Contestants were in a "bubble" during the competition and every one of the thousands of people entering the Eurovision site had to be tested for coronavirus.